Why Do People Hate Meghan Markle? (11 Reasons Why) 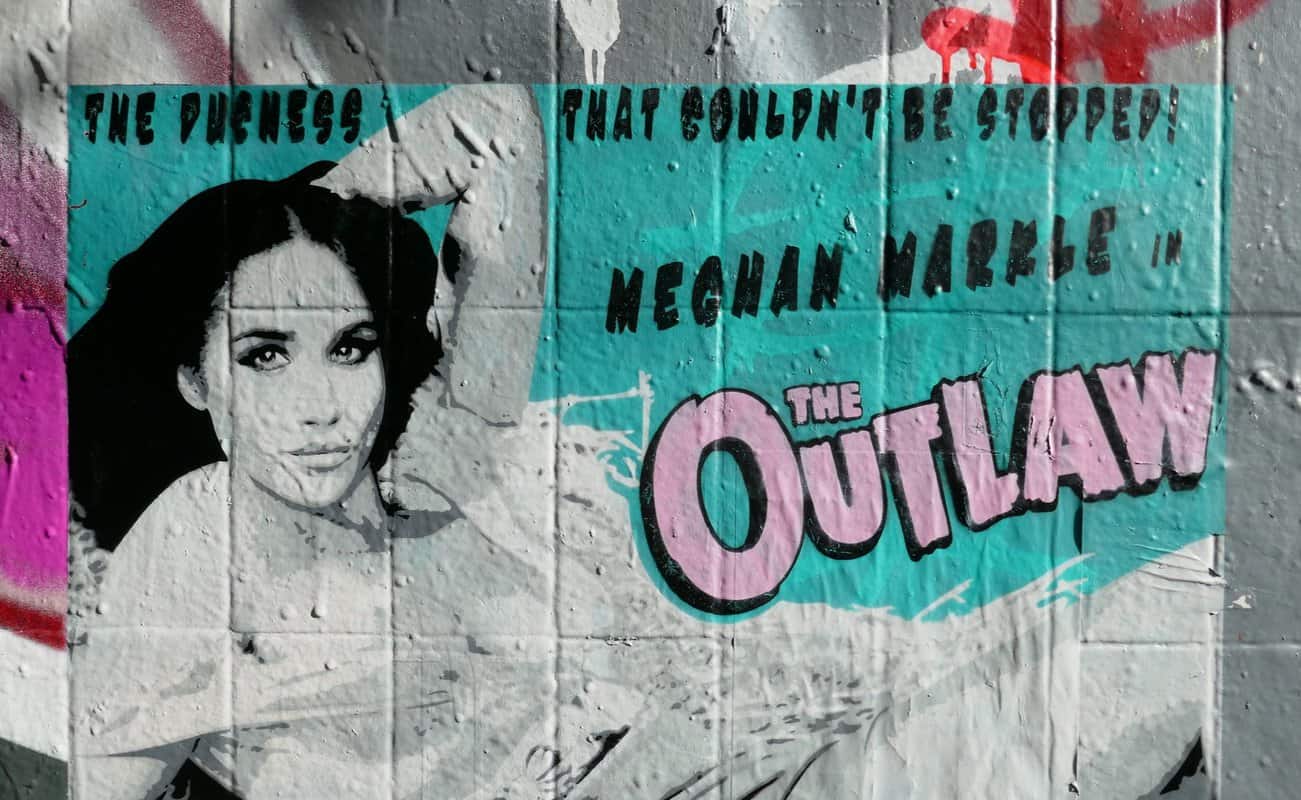 Whether you know her from the television show Suits, or more recently as Prince Harry’s wife, there’s no doubt about it, Meghan Markle is a polarizing figure.

Ever since marrying into England’s Royal Family in 2018, Meghan Markle has faced intense public scrutiny. But why do people hate her? Here’s what I discovered.

Why Do People Hate Meghan Markle?

Who can forget that infamous BBC engagement interview? When asked whether or not she knew Prince Harry before they dated, she replied, “I didn’t know him.”

It is extremely hard to believe that Meghan did not know who Prince Harry was, or had never heard of him.

Consider not only Prince Harry’s global popularity, but the existence of a photo showing a then 15-year-old Meghan outside of Buckingham Palace waiting for a tour.

It is unclear why she would decide to lie about knowing Harry before they started their relationship.

To the general public, it feels like an attempt to avoid looking like a woman who had her eye on the prince all along.

Before becoming a member of the Royal Family, Meghan Markle was a struggling actress.

She appeared mostly in bit parts or as a supporting character for over 16 years and it is unlikely most audiences knew her name.

Suits may be a cable-network hit, but Meghan Markle’s acting chops don’t live up to the hype.

She wasn’t exactly a talked-about lead on the series with most fans of the show calling her turn as paralegal Rachel Zane “the least likable character.”

3. Where Is Her Dog Bogart?

While living in Toronto and filming Suits, Meghan was often seen with her two rescue dogs: Guy and Bogart. In a recent essay, she wrote that she has “a deep love of rescue dogs.”

So, people were left scratching their heads when only Guy made the trip to live with her and Prince Harry in England in 2018.

It turns out that Meghan’s love of animals isn’t all that strong as Bogart went through the stress of being rehomed again.

For a couple who wanted to maintain the intimacy of their relationship, Meghan and Harry’s lavish wedding ceremony was anything but.

Her wedding dress alone was valued at nearly $300,000, about one thousand times the budget for most weddings!

Along with her custom Givenchy wedding dress, Harry and Meghan’s wedding included a long list of luxury details.

There was her up-do done by celebrity stylist Serge Normant, over half a million dollars in food, and extravagant flower arrangements.

There were some items the couple didn’t have to budget for such as the St. George’s Capel venue and the bouquet Harry cut from the palace gardens.

All the rest, however, has been estimated to cost upwards of $45 million.

Queen Elizabeth II has been praised for her frugality, especially considering that her fortune is funded by England’s taxpayers. Unfortunately, those values are not mirrored by Meghan.

During her pregnancy in 2018, it has been reported that Meghan spent $739,000 on a maternity wardrobe. That’s seven times what Kate Middleton spent on clothing in the same year!

When Meghan became Duchess, her brand new wardrobe was estimated to cost over $500,00.

Not only was this well above Kate’s, but it was also more than royals from other countries being spent.

The person who has the second-most expensive closet of clothes is Denmark’s Crown Princess Mary. Her closet is about a fifth of Meghan’s at a meager $144,000. 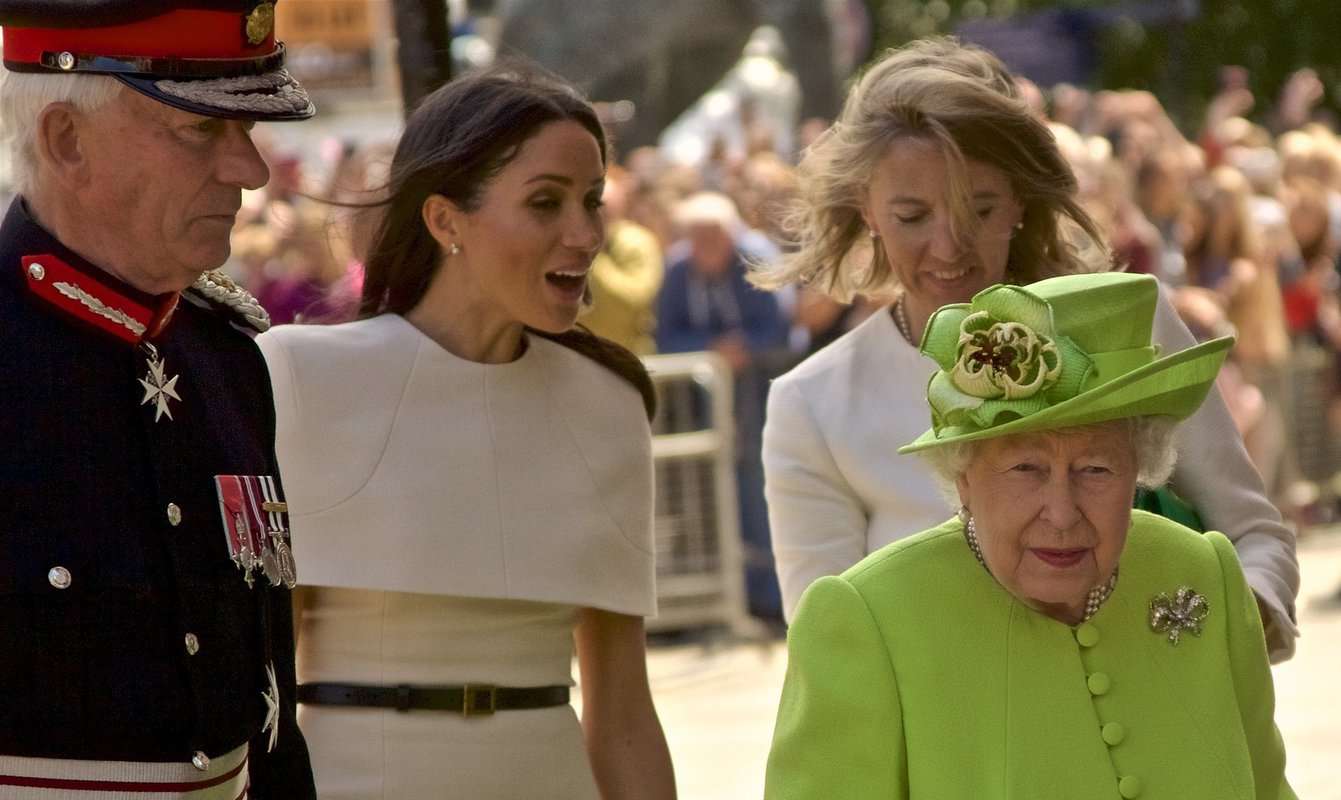 When the going got tough, Meghan got going. Not long after the birth of her first child, Megan began to complain about the pressure she faced both inside and outside the Royal Family.

Meghan and Harry shocked everyone, including Harry’s brother Prince William, and father Prince Charles, with a surprise announcement on social media.

They confirmed their exit from royal life and announced their relocation from the United Kingdom to the United States.

This is a big deal to the British. Although some countries see the British Monarchy as outdated, the Brits pride themselves on the traditions and importance of the Crown.

This essentially makes Meghan the “Yoko Ono” of the Royal Family.

Considering the publicity and ratings wins that Oprah Winfrey regularly provides her guests, Megan Markle couldn’t have secured a bigger platform to tell her side of the story.

Many Royal Family supporters saw this as a blasphemous attempt to paint the Royals as cold, heartless, and racist.

To these audiences, Meghan was seen as an ungrateful snake, spitting venom in response to a bruised ego.

There was also the perception of Meghan talking over and sometimes for Harry.

The interview leads with just Meghan recounting how hard she had it as the love interest of a prince followed by Harry who seemed to be coached along by Meghan to corroborate.

The timing also couldn’t have been worse. Prince Phillip had just entered the hospital and would pass a short time after airing. No doubt, the stress of Meghan’s bombshell revelations was huge.

One of the main reasons for Meghan’s departure from the Royal Family was her desire to live a private life away from the British tabloids.

So, it comes as a bit of a shock that in the same year as her exit, Meghan inked a deal with Netflix and Spotify.

These deals reportedly include personal video and audio inside their new life. Seems like a strange move for someone looking to live quietly.

9. Meghan Markle Is A Hypocrite

Fighting climate change is a key cause that Megan Markle rallies behind. Archewell, a foundation started by Meghan and Prince Harry, pledged to become carbon-free by 2030.

Meghan’s commitment to the environment may be largely performative considering she regularly flies private and has been known to vacation on gas-guzzling super yachts.

They do have their own chickens on their large, private estate in California though. A cute attempt at living a simple life but feels more like greenwashing.

10. Her Annoying Nicknames For Harry

In their conversation, she revealed two nicknames for Harry: H and Haz.

Sure, almost every couple has pet names for each other. However, those pet names usually stay within the walls of their home, not used in front of a nationwide television audience.

11. She Named Her Daughter Lillibet

In the spring of 2021, Meghan and Prince Harry welcomed their second child, Lillibet.

The name was chosen in tribute to Queen Elizabeth II, who was affectionately called Lillibet by Prince Phillip.

It was assumed that the couple had Queen Elizabeth’s permission to use the moniker, however, the Queen stated that she was never consulted on the use of such a personal nickname.

Some argued that the name is an attempt to secure a place with the British Royal Family for their children; a sort of apology for the smear campaign that followed the Oprah interview.

Before Meghan Markle accepted Prince Harry’s proposal, she pursued a life in the public eye. Presently, the spotlight on her life, family, and charitable pursuits is the brightest it’s ever been.

Meghan Markle would be wise to be diligent about how she presents herself under this spotlight so as not to sway the already polarizing perception of her as being even more unlikeable.

Why Does My RPM Go Up and Down While Parked? (11 Reasons Why)