Why Is Toronto So Expensive? (11 Reasons Why) 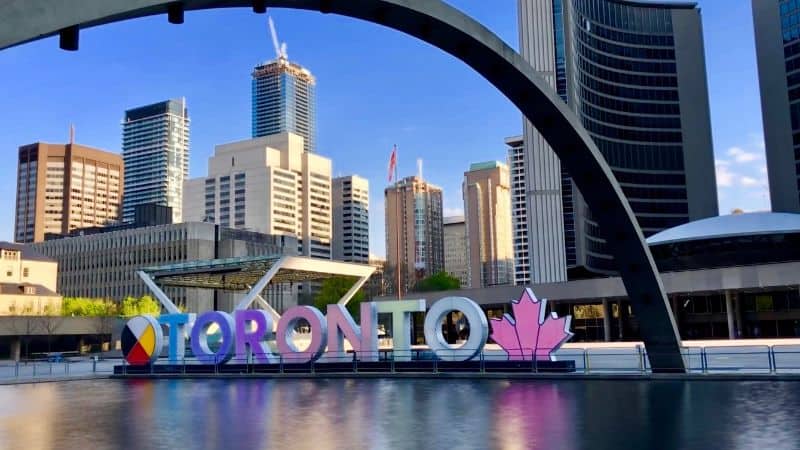 Toronto is the largest city in Canada, making it a destination spot for many tourists.

If you have been considering moving to Toronto, you might have wondered why the city is so expensive. I did some digging, and here is what I discovered!

Why Is Toronto So Expensive?

Firstly, a significant reason Toronto is expensive is that many job opportunities are available in the city.

For instance, Toronto is currently the fourth biggest market for technology talent worldwide since Toronto is home to over 200,000 tech employees.

Additionally, Toronto’s tech industry is vastly growing, which means that tech businesses in Toronto are constantly looking for more people to hire.

Other than technology, other industries in Toronto are booming and need new employees, and some of those industries include finance, business, and more.

Canada is a country that welcomes many immigrants since Canada is an attractive nation for immigrants to start new lives.

As such, cities like Toronto get 100,000 new immigrants each year due to all the opportunities Toronto offers.

However, more immigrants can also make the cities more expensive since immigrants will have to rent or buy more housing.

Lastly, the more densely populated a city becomes, the more expensive it becomes.

Another major reason Toronto is expensive is investors’ speculation in the market.

Generally, many people believe that major Canadian cities like Toronto are world-class cities that are great to invest in since the market would not go down.

However, this has quickly led many people to build too many buildings for new and expensive housing.

As such, the value of property in Toronto is extremely overpriced since people only speculate that Toronto real estate is worth a lot.

Many foreign investors are interested in investing in Canadian cities like Toronto and often focus on buying real estate.

It is estimated that 1 in 20 homes in Canada are owned by foreign investors, which is a lot considering there is not that much housing available in Canada.

So, while foreign investments can boost the overall economy, foreign investors purchasing real estate can make lives difficult for residents.

For instance, residents will have very limited real estate to buy or rent since foreign investors would have likely bought them already.

Unfortunately, the banking system in Canada is a huge reason Toronto is expensive. For example, the United States recession in 2008-2009 slightly affected Canada.

However, when the United States housing market went down, the price of Canadian housing barely moved due to the regulations set by the major banks in Canada.

Since then, Canada has done very little to amend the issues with the housing prices in Canada, especially considering the Canadian banks finance these properties. 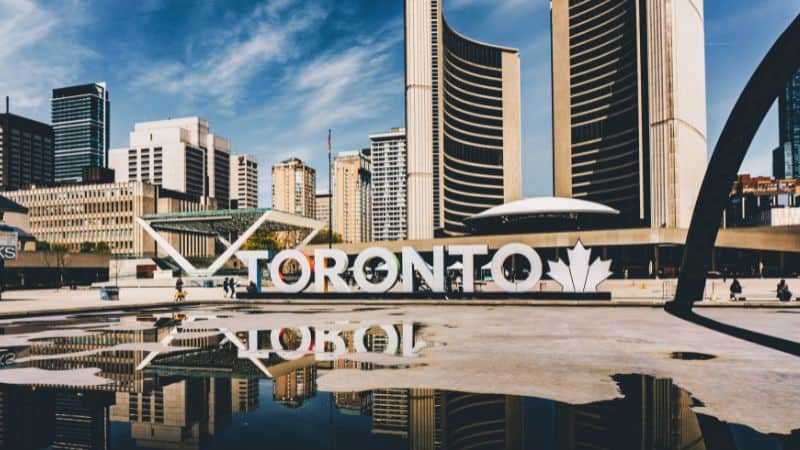 Toronto is expensive because most of the city’s residents have high average salaries.

For instance, the average salary for a person in Toronto is $71,516 yearly, with some of the higher earners earning over $100,000 yearly.

While not everyone in Toronto earns this much money, at least half of Toronto’s residents will make a good amount of money.

As such, Toronto’s citizens have enough buying power to sustain themselves, which increases the overall cost of living.

Since Toronto is a busy city, there are various nearby establishments that you can easily visit at your convenience.

Whenever a city is considered convenient to live in, the city often becomes more expensive since the residents would have a more pleasant life.

How walkable a city is can affect the overall price of living since anything considered walkable can be deemed as convenient.

For instance, Toronto is known to be a city that is easy to walk around since most people can walk wherever they need to go.

As such, residents would have saved a lot of money by walking, thanks to the city’s well-designed layout.

Many of the newer condo buildings in Toronto are subject to bench-mark prices that sellers must follow.

That said, this is because the pre-construction market will state the standard price to each real estate agent, so the condo cannot be sold for cheaper.

As such, real estate agents will only be allowed to sell the condo at an already high price or even higher.

The costs of construction are a huge factor as to why the newer developments in Toronto are so expensive.

Generally, construction materials, labor, etc., have been rising each quarter of the year, which has been putting a toll on development companies.

As such, the finished real estate projects will be expensive since the developers will want to recoup their losses and make a profit.

As stated earlier, foreign investors have been buying a lot of property while land developers have been creating expensive condos.

Therefore, there is a shortage of affordable housing in Toronto, which causes the overall costs of properties to shoot up.

Toronto is one of the largest cities in Canada with a huge job market, which are significant reasons why Toronto is so expensive.

Additionally, the increase in foreign investors, investments, and costly property developments have made Toronto more expensive.

Why Are Ambulances So Expensive? (11 Reasons Why)

Why Are Weight Plates So Expensive? (7 Reasons Why)