Why Are Ambulances So Expensive? (11 Reasons Why) 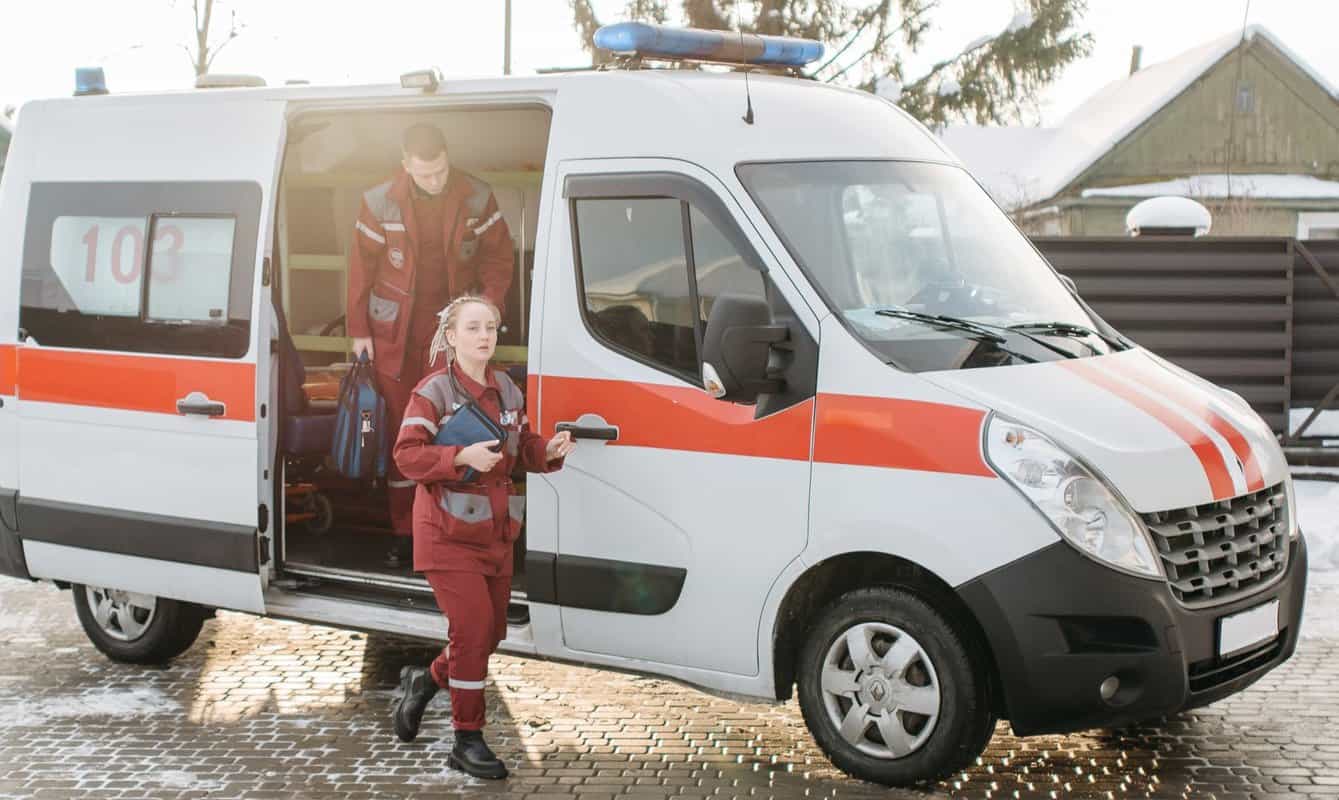 Ambulance rides are, without a doubt, a lifesaver when you are involved in a severe accident or suffer from a serious illness that needs emergency treatment.

However, while an ambulance ride can easily save your life, it can break your bank and give you a near heart attack due to its hiked medical bill charges. So, why are ambulance rides so expensive? I embarked on a fact-finding mission about this, and this is what I discovered!

Why Are Ambulances So Expensive?

It’s worth noting that when you dial 911 for a medical emergency, ambulance rides companies incur many hidden costs that you may not know to take you to the hospital.

Key among these ambulance rides are hidden charges: the cost of buying medication, paying the paramedics and driver, and maintaining the medical equipment used to stabilize your health.

In recent years, the prices of ambulance medical equipment and medication have skyrocketed globally, leading to the hiked ambulance ride costs.

All these costs of buying medication and maintaining ambulance medical equipment are eventually accounted for in the final ambulance ride medical bill you receive.

It’s a no-brainer that at least two medical personnel are involved in giving you first aid and stabilizing your health whenever you request an ambulance ride.

Each ambulance ride needs at least two paramedics to cater to your medical needs and a driver to take you to the hospital. These ambulance personnel work on standby anytime and 24 hours a day.

The costs required to maintain the ambulance staff can be staggering since it involves paying their basic salaries and insurance benefits, among other compensation.

Thus, ambulance service providers charge hiked prices for their services to account for these staggering staffing costs and make a profit.

Originally, ambulance services across the country were primarily offered by both private and public hospitals as one of their many services.

Read More:  Why Is My Shein Package Stuck In Shipped? (9 Reasons Why)

Nowadays, many private companies compete for business and patients to make profits and stay ahead of the pack.

This privatization and unhealthy competition in the ambulance service industry has, in turn, caused the prices of ambulances to soar to astonishing heights.

4. Underpaying For Services By Medicare And Medicaid

Ambulance companies undergo a rough patch when seeking reimbursement from government-funded programs such as Medicaid and Medicare.

Case in point, the average reimbursements that ambulance rides companies receive from Medicare is -1 percent if a report by the Government Accountability Office is anything to go by.

In simple terms, these government-funded programs pay ambulance companies slightly less than the cost of the ride, forcing the companies to look for ways to cover the gaps.

As a ripple effect, the ambulance services companies push these additional costs to the patients to break even, leading to the hiked prices of ambulance rides.

Nonetheless, the ambulance personnel they hire to take care of the patients are paid hourly, which isn’t dependent on the number of actual rides they offer.

In other words, if an ambulance service company doesn’t get any business on a particular day, it will be required to reimburse its ambulance personnel.

Therefore, ambulance service companies charge an extra fee to recover the costs incurred during days when they paid their personnel when there were no rides. The ambulance service industry primarily grew out of the need to get patients to the hospital as fast as possible and improve their survival chances.

Read More:  Why Is Shell Gas So Expensive? (5 Reasons Why)

The type of ambulance service you choose directly impacts how much money you’ll be required to pay for the services.

7. Proximity To The Nearest Emergency Room

Ambulance services providers often charge for their services based on your proximity to the nearest emergency room or hospital.

It’s essential to note that transporting patients to emergency rooms is often the only service insurance companies pay to the ambulance service providers.

If an ambulance arrived on the scene and found you choking, performed a Heimlich maneuver to save your life, and didn’t take you to the nearest hospital, they probably wouldn’t get a dime.

Thus, the fuel costs incurred while taking you to the nearby hospital are included in the ambulance bill you receive.

So, when insurance companies refuse to pay more than what the government-funded programs pay for ambulance services, ambulance rides companies look for ways to account for the funding gaps.

This underpayment, in turn, forces them to charge inflated prices for their services to get an extra coin and help them remain afloat in the business.

More often than not, ambulance service providers charge more for their services than they collect.

For instance, an ambulance service provider might send out ten bills, but only two are paid in full, and three are paid by insurance.

Read More:  Why Hasn't My Amazon Order Shipped? (9 Reasons Why)

The other five bills might go uncollected since the patients involved weren’t covered by insurance or didn’t indicate their addresses.

This low collection rate, in turn, forces ambulance companies to charge more for their services to break even and stay afloat.

These ambulances must also go for occasional check-ups and maintenance services owing to the kind of distances that they cover rescuing patients.

Therefore, all these ambulance maintenance costs are always included in the final medical bill whenever you request ambulance services.

The ambulance service industry has a ridiculously complicated billing process.

Commercial health insurers, such as Medicare and Medicaid, have complicated contractual networks, making it hard to understand the billing process.

This complicated billing process makes it hard for medical insurance billers to give a blow-by-blow account of how the ambulance bills are processed.

In retrospect, ambulance service providers look for a host of factors when determining how much you’re required to pay for an ambulance ride to the hospital.

Nevertheless, it’s essential to note that while an ambulance ride might cost an arm and a leg and break your bank, it can save your life and money in the long run.

Why Is Toronto So Expensive? (11 Reasons Why)