Why Does The British Monarchy Still Exist? (11 Reasons Why) 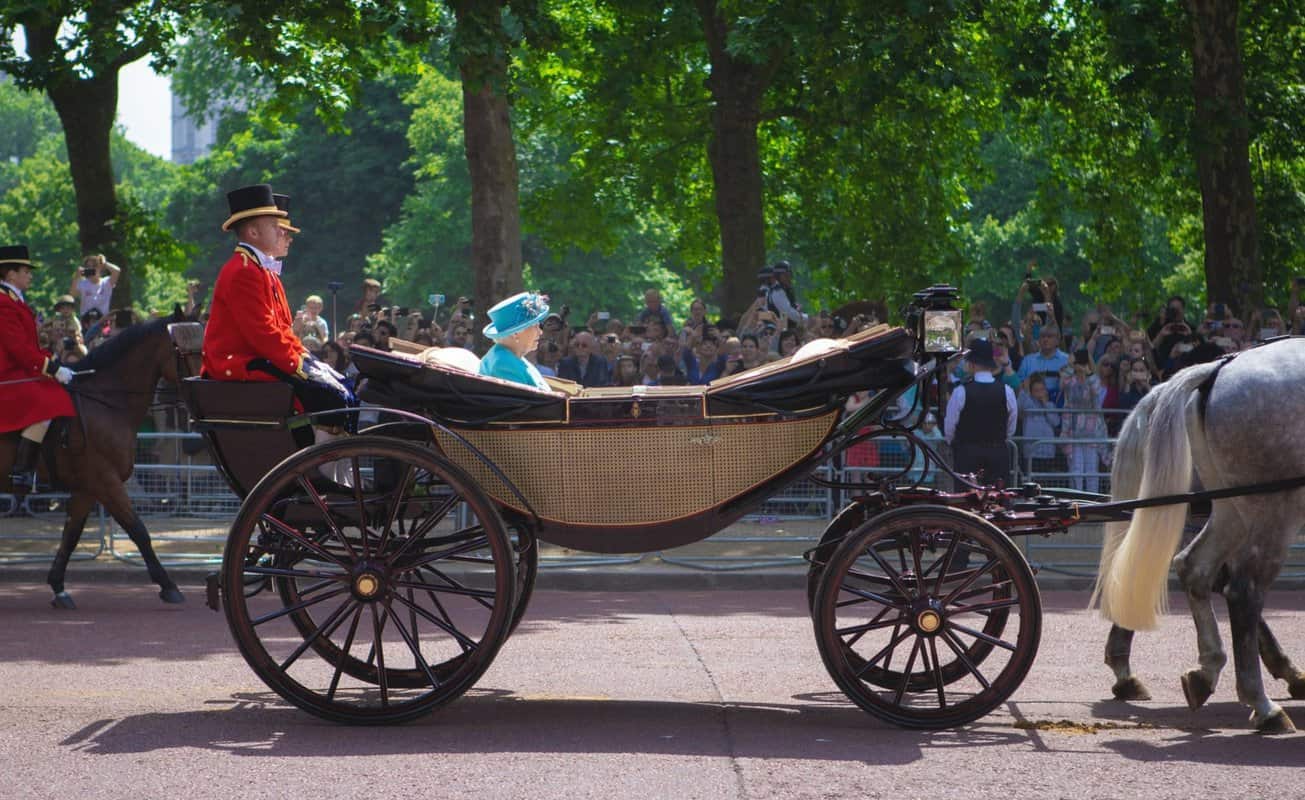 Queen Elizabeth II has served as the United Kingdom’s monarch since 1952 and she, along with the rest of the Royal Family, may very well be among the most recognizable people on earth.

But for decades, Her Majesty and her family have served purely symbolic, and not actual, governmental roles. Keep reading to learn 11 reasons why the British Monarchy still exists (and remains popular).

Why Does The British Monarchy Still Exist?

When it comes to the monarchy in their nation, Brits are very opinionated and are not afraid to voice their true feelings.

Based on recent polling, the Royal Family can rest assured that they remain in the good graces of the population at large. At least for the time being anyway. Here is what the numbers show:

For decades, there has been an ongoing debate about whether the monarchy should continue or if the time has come for the UK to evolve into a formal republic, but for now, the Royal Family is secure.

2. Tourism And The Royals

Buckingham Palace is one of the most famous buildings in the world and no visit to the UK would be complete without visiting this historic structure or any of the other royal residences.

In addition to Buckingham Palace, which serves as Her Majesty’s London residence, other royal palaces and facilities that are open to public visitors include:

By some estimates, the royal palaces are responsible for nearly 70 million British pounds in gross revenue in a single year.

Part of the magic and appeal for tourists visiting these sites is the fact that they are actual residences for the British Royal Family and contain centuries-worth of British history within their storied walls.

One of the major reasons why the British Monarchy still exists boils down to simple economics. Simply put, they are a revenue-generating machine for the UK.

For millions of fans in the UK and around the globe, members of the Royal Family are like rock stars and A-list celebrities, and people are willing to travel far and wide to catch a glimpse of them.

Take, for example, the 2018 wedding of Prince Harry and Meghan Markle. It is estimated that tourism sparked by visitors in town for this major royal event resulted in spending in excess of a billion dollars.

Incredibly, the wedding of his older brother Prince William and Kate Middleton in 2011 reportedly generated an even larger 2 billion dollar boost to the local UK economy.

Aside from recent poll numbers showing that Brits, in general, are supportive of keeping the monarchy, millions of citizens throughout the UK have made their feelings about the Royal Family known.

One needs to look no further than the media coverage afforded to royal weddings in Britain to gauge how popular the monarchy remains:

Considering that the UK has a total population of approximately 66 million people, these numbers show just how many Brits tune in to major events involving the Royal Family.

Although the UK is a constitutional monarchy meaning that Queen Elizabeth II does not wield any true governmental power, she remains a central figure in how the British government runs.

Aside from regularly communicating with Britain’s Prime Minister on national affairs, the monarchy (known as the Crown in governmental parlance) is an active participant in Parliamentary affairs:

Despite being largely ceremonial in nature, the duties performed by the monarchy have become a historical and traditional part of Parliament’s operations. 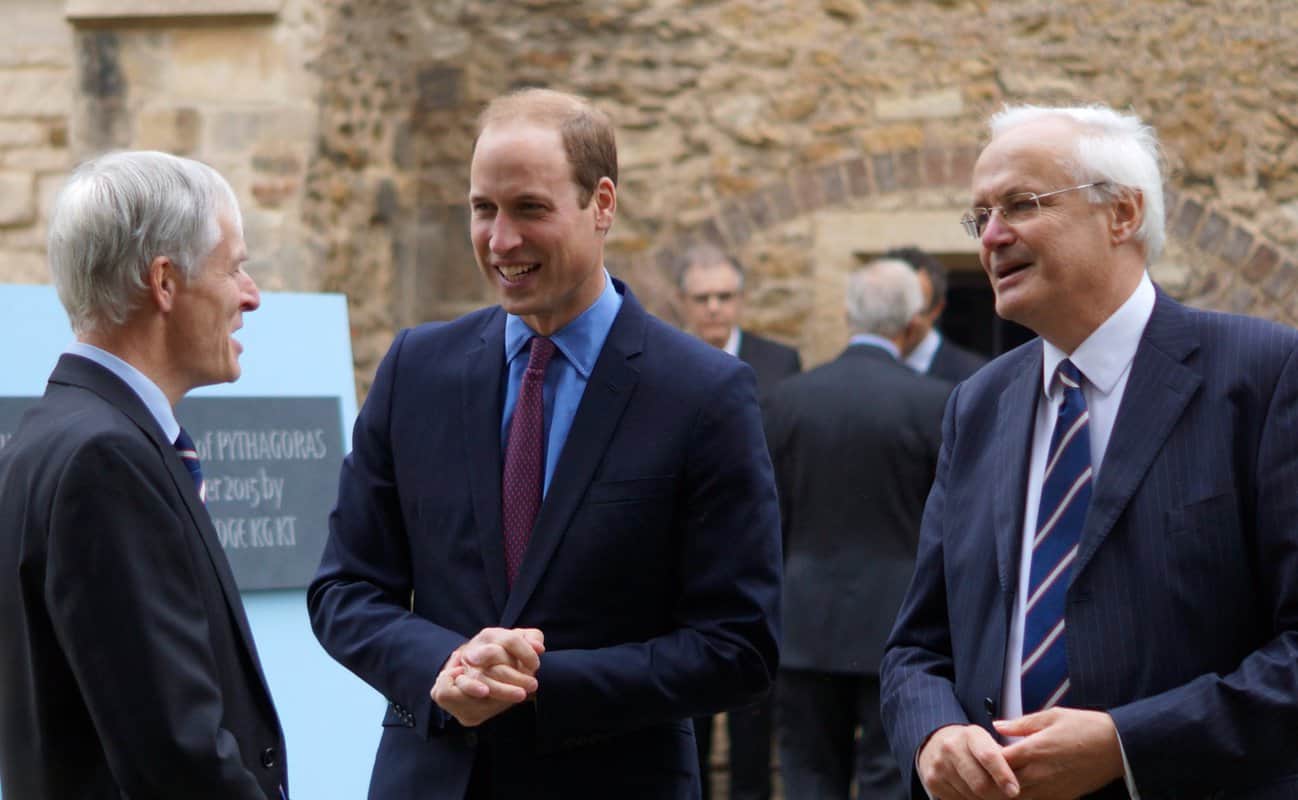 One aspect of the modern role of the British Monarchy that cannot be overlooked is their extensive charitable work and the global attention that they direct to a vast number of worthy causes, including:

It is said that approximately 3,000 organizations list a member of the Royal Family as a patron or president and Queen Elizabeth II herself holds the title of patron to over 600 charities.

For the attention they draw to the thousands of charitable organizations that rely upon their name and goodwill, the British Monarchy’s value to the causes they support cannot be overstated.

At its peak, the British Empire stretched from Canada to the Caribbean to parts of Asia to islands in the remote Pacific.

One of the relics from Britain’s colonial period is the small collection of former British colonies that still call Queen Elizabeth II their monarch (though it is solely in name only).

As the ceremonial head of state, Her Majesty is a symbolic figurehead in 14 countries (known as the Commonwealth realms) aside from the UK. These include:

Although the number of former British territories that still recognize the British monarchy continues to dwindle with the passage of time, the Royal Family still maintains ties to over a dozen of them.

8. To Serve As Head Of State

British monarchs may no longer rule over the UK as heads of government but they remain larger-than-life figures who are respected and beloved around the world.

Hosting state functions and greeting foreign dignitaries and heads of state are among the modern British Monarchy’s most important responsibilities.

All told, the British Royal Family hosts an estimated 70,000 people at the Royal residences for special events like state dinners and parties.

One important attribute of the Royal Family is that as symbolic heads of state, they are a unifying force in the UK, untethered to any party lines or political affiliations.

In this capacity, the monarchy can draw attention to matters of vital national interest such as important non-partisan campaigns and pressing public policies (like the national Covid response, for instance).

As popular figures, the British monarchy is very much in the public eye and they participate in a number of engagements each year.

In fact, members of the Royal Family are involved in an estimated 2,000 official events each year both on British soil and abroad.

Although they are far removed from official governmental activities, members of the British Royal Family serve as unofficial ambassadors of the UK to promote international goodwill.

While Her Majesty The Queen no longer actively travels due to her advanced age, other members of the British monarchy continue to visit foreign nations to promote humanitarian causes.

To learn more, you can also read our posts on why scammers are Indian, why people believe in God, and why it rains when someone dies.

People may wonder why the British monarchy still exists given that they have long surrendered any governmental authority or power. Even in the UK, there are those who question their existence.

But as recent polls show, the Royal Family is still popular and it continues to spark the local economy. Most importantly, the monarchy is still beloved and remains influential as far as promoting goodwill.

Why Do Roses Die So Fast? (9 Reasons Why)