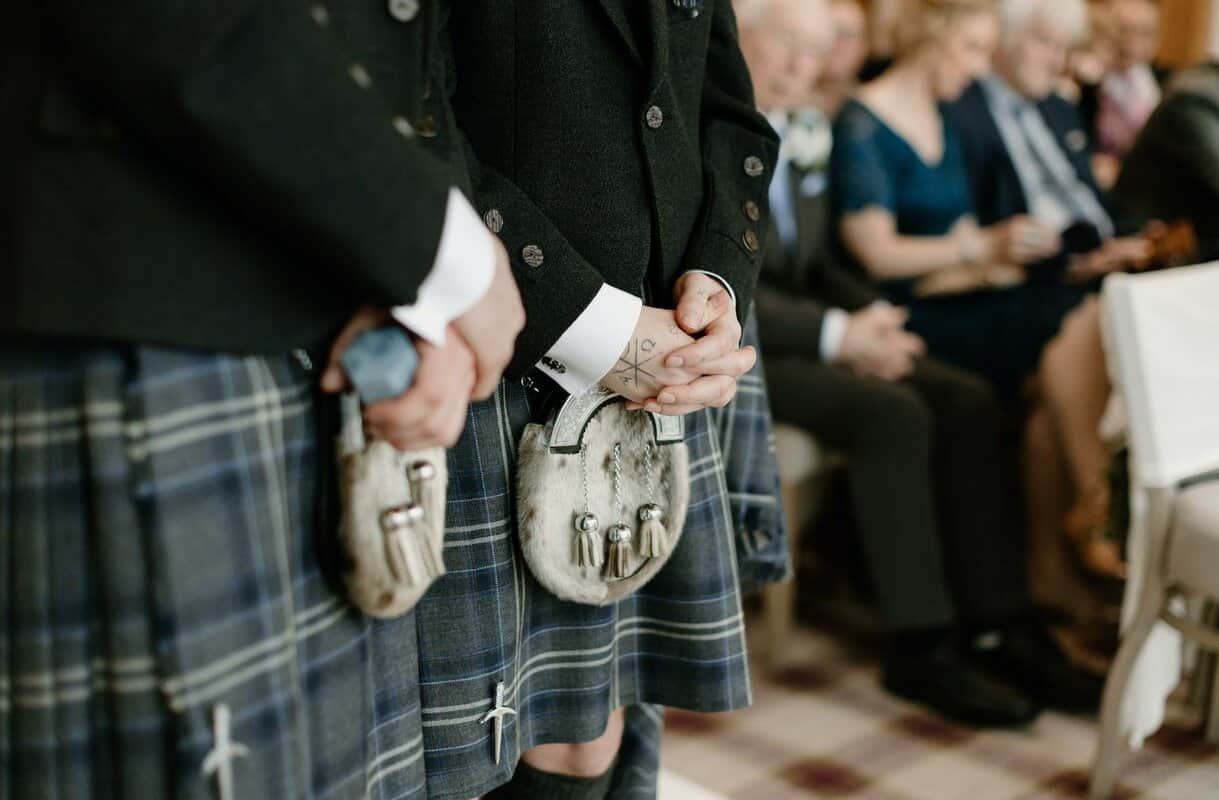 Originating in the Scottish Highlands, kilts date back to at least the end of the 16th century. They first appeared as full-length garments that could be draped over the shoulder or the head as a hood, and eventually morphed into the modern kilt we see today.

But why do Scottish men wear kilts, anyway? Here are nine of the biggest reasons why Scotsmen wear kilts in today’s modern century:

Why Do Scottish Men Wear Kilts?

Kilts are an undeniable statement of Scottish patriotism and history. It’s the national dress of Scotland, and a symbol of honor for a true Scotsman.

Kilts have long since been a part of Scottish history. It originates all the way back to the 16th century, when they were worn as full-length everyday garments by the Highlanders of northern Scotland.

They were also worn as formal uniforms by the British military in the 1720s.

2. Freedom of Movement and Breathability

Just as women wear skirts for comfort, Scottish men wear kilts for their freedom of movement and breathability.

It’s really more than just a costume; it’s quite literally invented for maximum movement and comfort.

Despite popular belief, there’s a lot of cloth in a man’s kilt. Most of it is at the back, making sitting a warm and comfortable experience.

The original kilt didn’t just cover the lower body, either; it also covered a part of the upper body, making it a fantastic winter wear option.

3. More Practical Than Trousers or Jeans

In the past, the British military wore kilts because it’s much more practical than trousers.

Read More:  Why Are Indian People So Smart? (9 Reasons Why)

Kilts didn’t get wet when walking through Marsh and wetlands, and those who wore them moved much more freely and quietly in combat-rich environments.

Since kilts were tightly woven of strong wool, they created a barrier much like an armory would and protected soldiers from minor injuries.

Plus, they were easy to remove and spread out when nights become cold. They were just as warm as blankets, if not more so.

Though most of these factors don’t apply in the modern world, Scotsmen still wear kilts because of the practicality they bring.

They’re easy to slip on and off, comfortable, and provide warmth without hindering movement.

Kilts are more commonly worn in formal events, but there’s no solid rule that prevents Scotsmen from wearing them as a part of their daily wear.

They can be worn on the trail, at the office, while mowing the lawn, or when loading and unloading the truck.

On formal occasions, such as weddings, funerals, and grand celebrations, Scotsmen wear kilts with their family tartan to honor their heritage and crest.

For the uninitiated, Scottish tartans (i.e., the pattern and color of kilts) are a representation of a Scottish clan.

Almost every Scottish family has its own tartan, separated by its surname. Currently, there are well over 10,000 registered Scottish tartans in the official Tartan Registry. 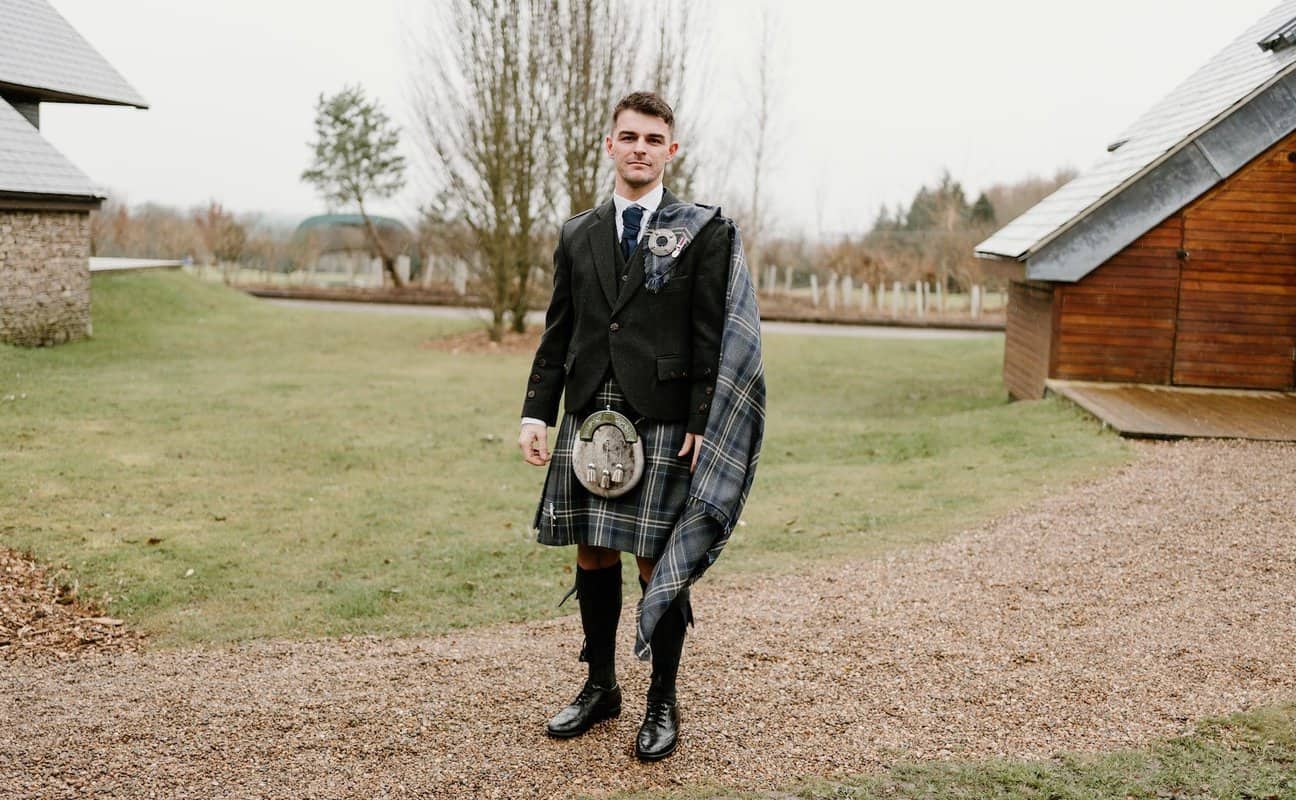 You read that right—wearing a kilt can potentially boost one’s physical health and well-being!

Wearing a kilt not only benefits a man’s reproductive system but also keeps his physical well-being in check. It reduces the risk of DVT (Deep Vein Thrombosis), which occurs when a blood clot forms in the deep veins located in the legs.

Among the most common measures to take when at risk of DVT is wearing clothing that doesn’t restrict movement, especially around the legs and waist.

Wearing a kilt is the perfect solution for this, as it makes it easier for the legs around even when stationary (i.e., watching TV or sitting behind a desk for extended periods).

But that’s not all. Kilts also provide a simple yet effective way to regulate your body temperature. They can keep you warm in winter and cool in summer, depending on the material used.

Kilts are ideal wear to important ceremonial events such as graduations, weddings, birthdays, festivals, anniversaries, and more. They’re the go-to formal wear that everyone in Scotland appreciates.

Plus, it can be worn by anyone regardless of nationality or descent since they symbolize pride and cultural appreciation.

It might sound silly, but it’s actually true! Kilts have long since been associated with pride, honor, prestige, and respect.

For this reason, kilts can improve a wearer’s self-confidence. They help people view themselves in a positive light, and help them become proud of their origins and family history.

A lot of women (and men, regardless of sexuality) find kilt-wearing men attractive.

Men wearing kilts are internationally recognized as sensual, confident, and in-touch with their family history.

There’s also the fact that kilts have an almost fairytale quality to them, which further increases a man’s sex appeal.

Outside of Scotland, men who wear kilts are considered brave and out-of-the-box thinkers. Very few men have the courage to wear kilts, but those that do rock the look.

The confidence to wear whatever you want whenever you want is an attractive trait that most people find sexy. Moreover, it’s a great way to catch the attention of others!

Kilts come in both formal and casual styles, and casual kilts are often worn during these matches to show the spirit of the Scots during the event.

Kilts signify Scottish history and patriotism, honor the family crest, and are the go-to formal wear for ceremonial events. There’s also the fact that kilts provide freedom of movement and comfort during both summer and winter seasons.

The fact that it boosts physical and mental health, as well as sex appeal, is a great bonus!