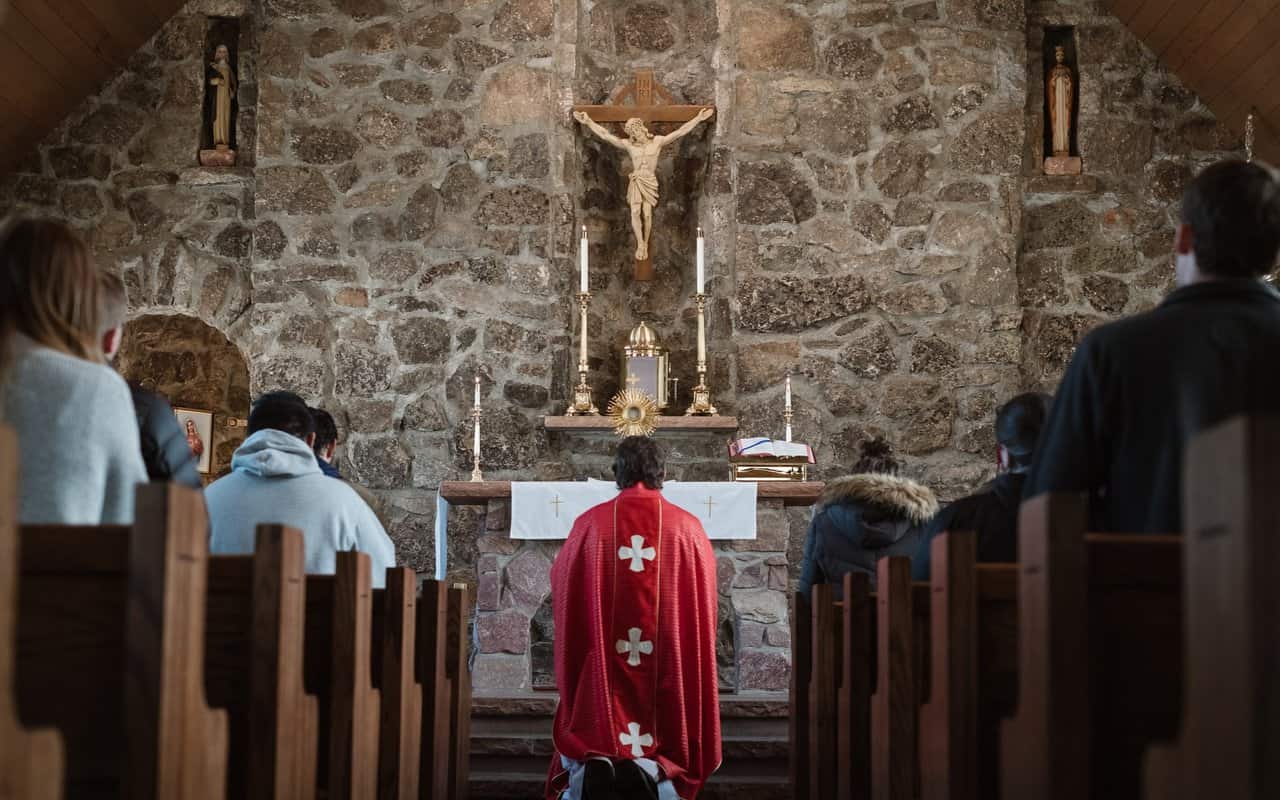 As of 2022, an estimated 85% of the world’s population identify with one of the thousands of religions currently in existence. An impressive statistic that begs the question of how religion came to be.

In this article, we will discuss the top 13 reasons why religions exist. As you read, you’ll learn what cultural, historical, social, and even evolutionary influences resulted in this worldwide practice of beliefs.

Why Do Religions Exist?

A primary reason for the existence of religion is that it helps humans make sense of the world and their surroundings, particularly when it comes to things they don’t understand.

Humans are highly inquisitive by nature, and so, we often question our surroundings. But when we come across something we don’t understand, a common reaction is anxiety or fear.

Creating explanations of these unknown phenomena through religion gives us a sense of calm, peace, and order.

Many experts believe this is a product of evolution to help humans not only survive, but also thrive by warding off other negative emotions, like depression, allowing them to live longer, more fulfilling lives.

In order for any society or social group to function properly, there must be some level of cooperation among its members.

Religion can act as a binding force, bringing people together and promoting a sense of unity and purpose.

It gives us a sense of belonging to something bigger than ourselves, which can provide comfort during difficult times.

Going along without our previous point of cooperation in social groups, religion also helps establish a sense of order by providing its followers with a set of guidelines to live by.

These guidelines are typically morally driven and overtly altruistic to help ensure that people act in ways that promote positivity and harmony amongst others and their surroundings.

Doing so helps limit behavior that might cause division and discord amongst social groups.

4. Teaches How To Live A Fulfilling Life

In addition to providing socially accepted guidelines, religions will often detail what steps its followers should take in order to live the most fulfilled life possible.

These steps vary widely between religions, but they typically involve some combination of prayer, reflection, and good deeds.

5. Provides Individuals With A Community

Religion provides its followers with a supportive community that can offer individuals a sense of belonging and social support, both of which are essential for psychological well-being.

This is predominantly due to the fact that humans are overtly social beings that thrive in communal settings.

A separate point we’d like to make about religious communities is that they offer a sense of security when it comes to beliefs because they consist of people who are overtly like-minded.

In other words, individuals within these groups know that their thoughts, feelings, and actions will be largely supported by the others around them, as long as they align with those detailed by their faith. 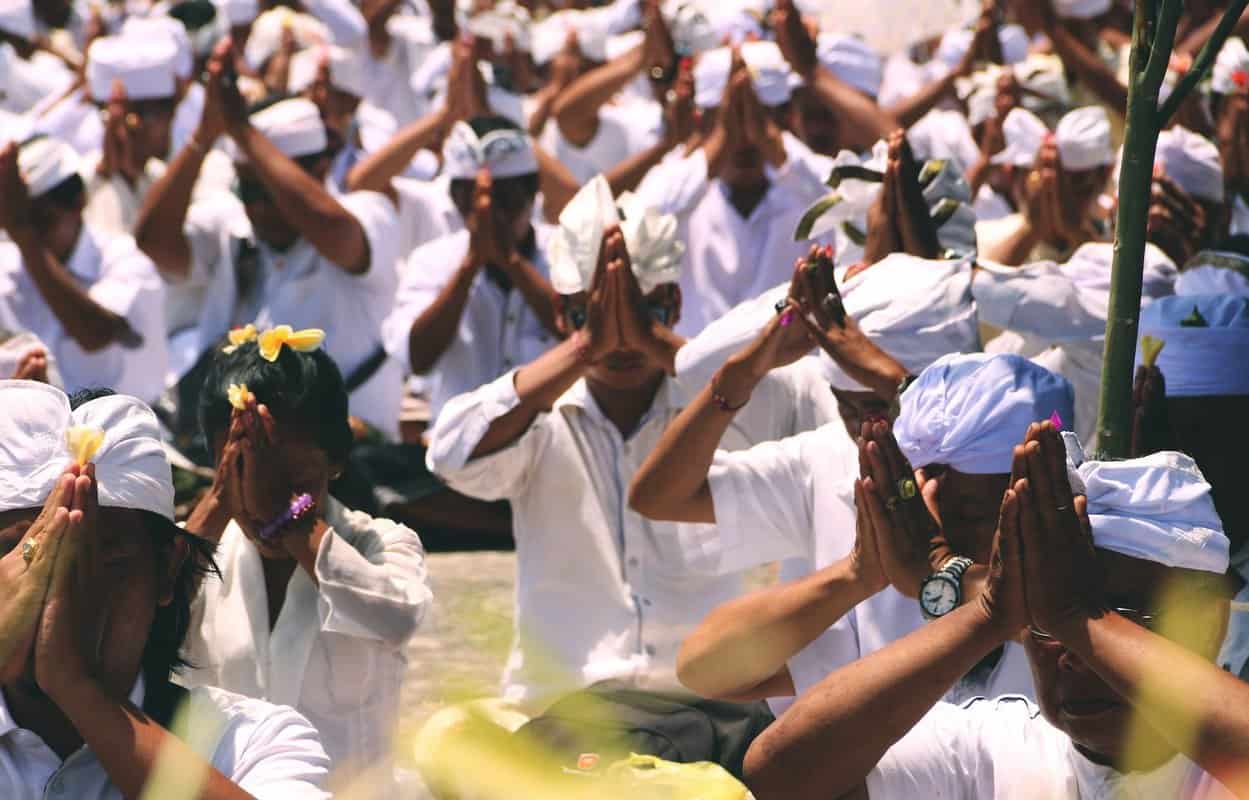 In moments of grief and loss, religion can provide individuals with a sense of hope and comfort.

Most religions provide an explanation and description of life after death, which can offer solace to those who are grieving.

They will also contain lessons and advice regarding how a follower should conduct themselves and what decisions to make in times of difficulty and hardship.

8. Connection To A “Higher Power”

One reason people cling to religion so desperately is because it allows them to build a relationship with what they perceive as a “higher power.”

This could come in the form of one or multiple gods, nature, or whatever poignant figure or force the religion is centered on.

For some people, this connection is incredibly important and provides them with a sense of safety and comfort that this “higher power” is always with them and will provide for them if they’re faithful.

Religion provides a way to inculcate values such as honesty, integrity, and respect into the fabric of society through its narratives.

This makes it an optimal teaching tool that elders can utilize to pass down morals and beliefs to younger generations as a form of guidance.

While religions often consist of one or many deities, they are not typically the faith’s sole focus. Many will encourage its followers to spiritually connect with their surroundings as well, particularly nature.

This is where many religious superstitions, medicinal practices, and harvest rituals come from. In turn, this can lead to a deeper connection between humans and the natural world around them.

Another reason people are drawn to religion is because most contain some form of pre-ordained future that gives its follower a sense of comfort and hope.

This pre-ordained future could be in reference to what happens to followers after death, or it could refer to a prophesized event that will happen and cause profound change, often for the better.

12. Gives People A Sense Of Purpose

Many people go through life feeling lost and aimless, constantly questioning the purpose of their existence.

With religion, this purpose is often ingrained in its teachings, providing followers with structure and guidelines on how to fulfill it.

Sometimes it’s a series of small purposes, like enticing people to live altruistically by performing good deeds, other times it might be a larger purpose of simply having faith in the religion’s higher power.

Some religions will even assign followers specific roles within the community for them to fulfill, allowing them to contribute socially and spiritually.

13. Predisposition To Look For Design

A trait that scientists and psychologists have discovered is the humans are predisposed to believe and look for signs of intentional design in nearly everything.

They want to believe there is meaning behind all aspects of life, and that something is responsible for the creation of everything in existence.

For some, the answer is more based in science and mathematics, whereas others lean towards religious beliefs surrounding “higher powers” such as gods and deities.

To learn more, you can also read our posts on why the Bible is unreliable, why church is so boring, and why religion is absurd.

There are countless reasons why religion exists and is still practiced today, many of which are subjective and viewed in both positive and negative lights.

In the end, there is little definitive proof on the subject. Most of the reasons are subjective and rely on the intentions of individual religious followers.