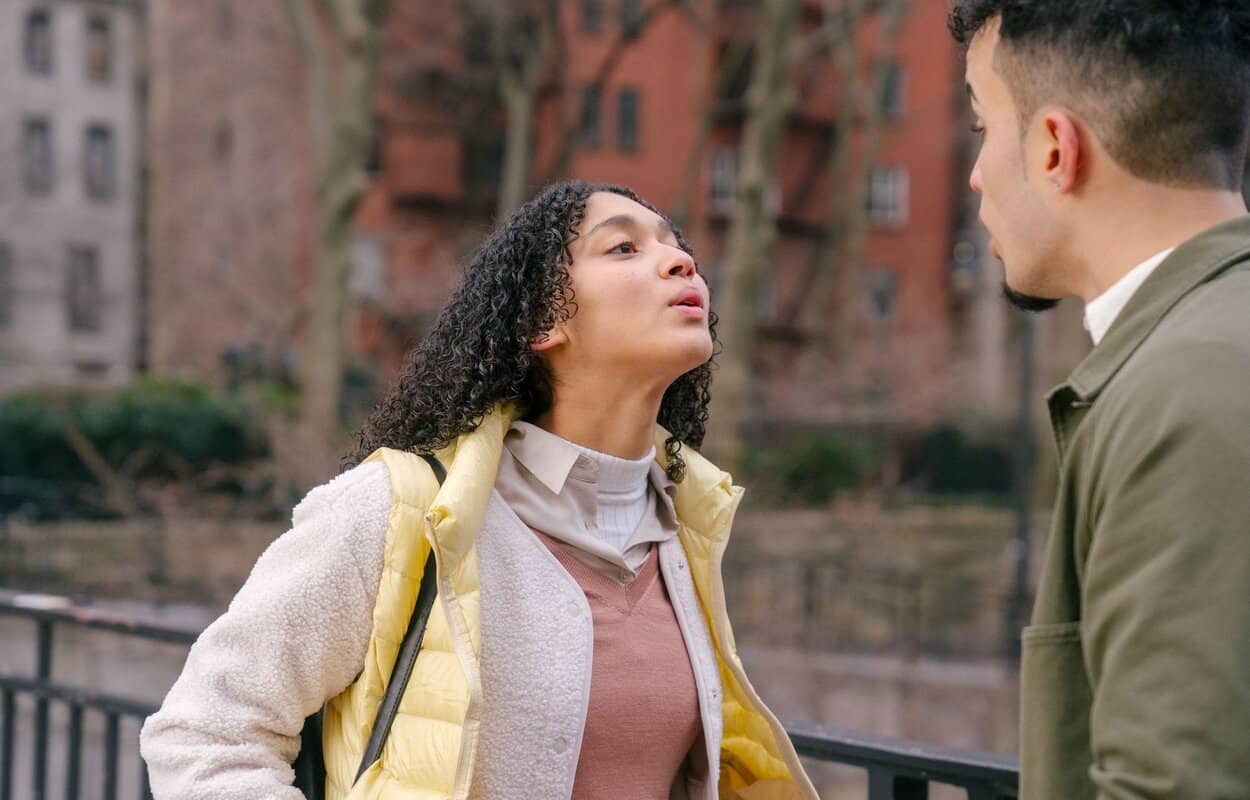 Social interaction is key to having a healthy lifestyle, but this can be difficult. People won’t want to socialize with you if they think you’re rude. What is making you this way, you may ask?

Understanding the reasons will help you improve your social skills and help you get to know yourself even more. Here are the many possible reasons why you may be considered rude.

Why Am I So Rude?

Low self-esteem is one of the major causes of someone being rude. With low confidence and self-love, you also have less love for others.

It is sort of a defense mechanism of sorts. It is easy to insult others when you have little self-regard for yourself.

This is also a way of distancing people because you don’t think you can be loved. You don’t like yourself, so why would anyone else?

Being mean to someone and keeping them at a distance is much easier than allowing them to like you. It hurts worse when someone rejects you after knowing the real you.

2. It Is A Learned Behavior

This behavior may have been learned. There are many ways you could have learned it, but mainly, you learned it from peers or adults.

It is usually from someone who is frequently in your life that may have treated you this way or someone else you know this way.

It may be a behavior that got you the attention you wanted as a child. Children test out different means to attract parents and other adults in their life’s attention, like getting a good grade.

Being rude is so much easier when you lack compassion. Compassion is a way to empathize and understand the other person.

Read More:  Why Do I Laugh At Everything? (10 Reasons Why)

When you show compassion, you aren’t rude but provide an area where that person can open up to you or be themselves.

It is a difficult concept if you are new to compassion, and so to you, it is just so exhausting. It also takes a lot of patience.

It takes time, but you will learn much more as you continue practicing compassion instead of being rude. You will be more at peace and less irritable.

4. It Is Anxiety Or Stress

Rudeness is often a symptom of something else. Anxiety or stress can cause you to be rude. It makes you irritable and frustrated, so you take it out on people around you because you are overwhelmed.

If this seems to be a constant result due to anxiety, you may want to talk to a health professional.

Being rude is often a form of lashing out. It is your way to exert energy that you have pent up inside that has yet to be resolved.

This includes unhealed trauma. This behavior allows you to work through it and make yourself feel better.

When you have unhealed trauma, you will have triggers that cause you to seem rude, emotional, or angry. You are unable to regulate your emotions effectively.

Once you start working on this unsealed trauma and finding better ways to regulate these emotions. You will be better equipped to handle conflict and your triggers. 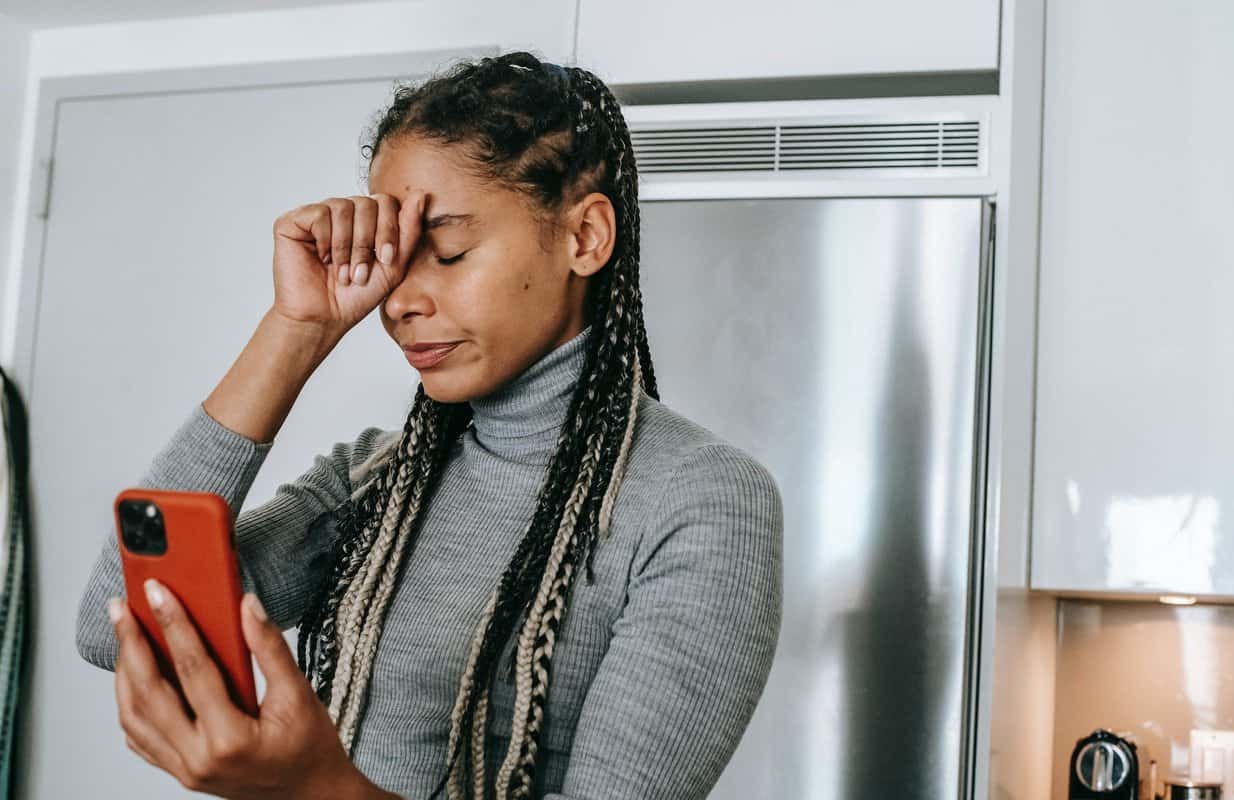 Being tired can make you feel frustrated and irritable. You don’t have as much patience as if you were well rested. You may not realize it, but it makes you short and seem rude to others.

Read More:  Why Is The Middle Finger Bad? (7 Reasons Why)

You may even just be exhausted by whatever you are doing, whether in a social setting or another event. Being tired doesn’t always mean you want to sleep.

7. You Feel Unseen Or Unheard

Sometimes using rudeness is a cry for help or to be seen. You want attention, but you don’t know how to ask for it.

You may not think this at first, but when you are rude, it may be that you have never been listened to, and so now you default to being rude instead of how you really feel.

Showing your true emotions has become easy to hide with this behavior because you don’t have to be vulnerable. When you were vulnerable in the past, you probably were rejected.

Surprisingly enough, your diet can have a major effect on your temperament. This includes making you rude and irritable.

Here are some of those foods:

There are many more that can cause you to be irritable. Figure out what meals and foods make you this way so you know which ones to avoid or to reduce in your diet.

There are many physical medical issues that can cause you to be rude. One symptom that is a major cause is pain. When you are in pain, you become irritable and rude. Understandably so.

There are many other diseases and issues that can cause it as well. As a woman, it could be the hormones. It could be an underlying condition you are yet aware of.

Consider all this when you are wondering why you are so rude. If it is something to do with your physical health, it may be something easily resolved.

10. It Is A Coping Mechanism

Often people use rudeness as a way to cope. It is an unhealthy coping mechanism, but it is something that has helped you survive.

Being mean or rude can be a way to put a wall between you and others. This is often the case when you haven’t had a positive or healthy relationship with someone.

Pushing people away with your rude behavior gives you control and minimizes the chance for someone to reject you. Better to reject someone than get too attached, and they reject you.

11. Could Be The Symptoms Of A Disorder

This type of behavior could even be a symptom of a mental or genetic disorder. Depression and anxiety can make you irritable and unfriendly. There are so many more that could be the cause.

Even genetic disorders can make someone seem rude when in actuality, they may be straightforward or just thinking differently than others.

A perfect example is those with ADHD or Autism may seem rude but are not. They lack the recognition of social cues that many people learn through interaction.

To learn more, you can also read our posts on why the middle finger is bad, why whatever is a rude word, and why “K” is so rude.

There are so many reasons why you seem rude, but understanding why can start helping you change this behavior. It will help you figure out what you need to work on and improve.

Understanding why can help you improve your behavior and mental and physical health. You can figure out what is best for you and help yourself heal.