Why Is The Middle Finger Bad? (7 Reasons Why) 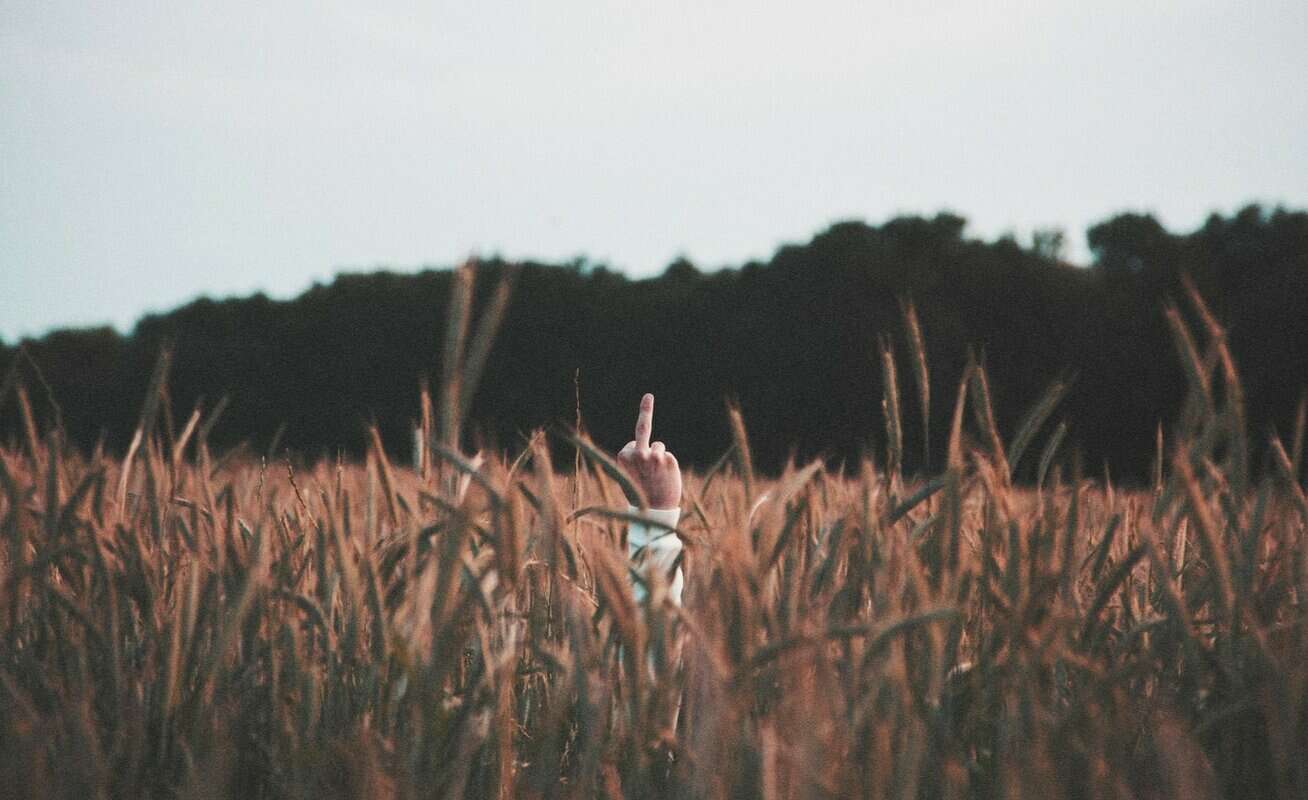 The middle finger, also known colloquially as ‘flipping the bird,’ is one of the most notorious gestures in the English-speaking world.

It can be considered the physical equivalent of a swear word- most people use it, but it’s still not polite to do around others! You may not know what that is. Read on to find out!

Why Is The Middle Finger Bad?

1. A Symbol Of Sexual Intercourse

The true meaning of the middle finger is something that polite company should not discuss but is equivalent to saying “screw you.”

The middle finger symbolizes sexual intercourse, a topic that many people widely consider to be an impolite discussion.

While many people do not mean for the middle finger to have sexual connotations, its roots are nonetheless sexual.

Therefore, many people consider the middle finger rude because it symbolizes a topic that the public would consider crass.

Whether you intend it or not, when you use the middle finger you indirectly discuss sexual intercourse with somebody.

That does not mean to ‘flip the bird’ in your next sex-ed class. Your teacher will likely find the action very rude!

If you take a moment to observe the middle finger, you may find that it looks phallic.

This symbolism is the intention; the middle finger itself is the penis, while the surrounding fingers and knuckles are the testicles.

Over time, people evolved this gesture into a safer way of showing the male genitalia to somebody as an insult.

By exposing somebody to a symbol of male genitalia, you are attempting to shock them.

Consider public bathrooms, which are known to have genitals drawn or carved into the walls.

You likely consider them crass and distasteful; the middle finger serves the same purpose, only it’s to insult one certain person or a group of people.

A gesture known as ‘the fig’ existed in the era of ancient Greece. This gesture consisted of sandwiching your thumb between your forefinger and middle finger.

In ancient Greek mythology, the fig was sexual and was associated with sex and fertility. In many ways, it symbolized many of the same things as the modern middle finger gesture.

When considering the shape of ‘the fig’ as a gesture, it looks remarkably similar to a prototype of the middle finger. The middle finger is even involved in its shape!

With a similar shape and meaning, the middle finger has been a condemnation for centuries, if not millennia.

As the physical equivalent of a swear word, it’s been around for quite a while and is considered bad based on a matter of pedigree!

4. It Tells People To Go Screw Themselves 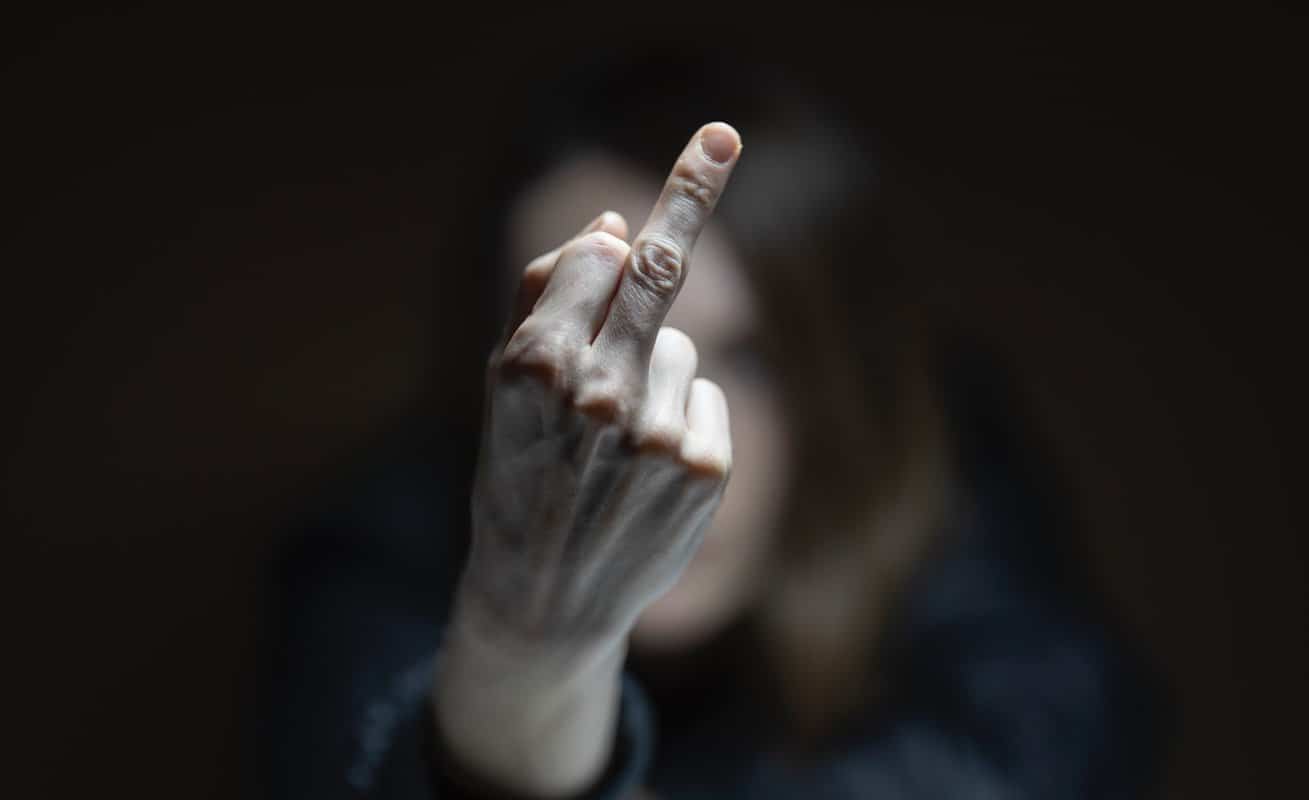 As it evolved, it grew to specifically mean one thing; telling somebody to go perform sexual intercourse upon themselves.

Hopefully, you can infer the true identity of this phrase. It is not a phrase to be repeated in polite company.

This phrase is a particularly mean thing to say to anybody, and the middle finger is a notably succinct way of saying it!

5. It Is A Symbol Of Rebellion

In the 1970s and 1980s, as the punk movement grew exponentially, the middle finger grew beyond its sexual basis; it became a symbol of rebellion.

Punk musicians are infamous for using the middle finger at any opportunity, frequently sticking it up to camera lenses during photo ops or concerts.

As punk music itself is rebellious, the frequent stylistic choices of the punks became symbols of rebellion.

These symbols include dyed mohawks and studded leather jackets, piercings and torn pants, tattoos and makeup, loud music, and the ever-present middle finger.

Parents, governments, and society are not particularly receptive to rebellion. As such, the middle finger became further stigmatized.

While English-speaking countries and the Americas primarily use the middle finger, similar gestures appear worldwide.

Russia and Arabia have their variations, along with Greece and Malaysia. In Iran, a thumbs-up is considered rude, which is interesting as it is a positive gesture in the western world!

However, in most countries and regions, most rude gestures have something to do with the middle finger.

Even if the middle finger is not the primary aspect, it is usually a crucial part of the gesture.

This occurrence means that not only is the middle finger crude, but something about the finger itself is widely offensive!

Read More:  Why Do People Idolize Gangsters? (11 Reasons Why)

7. Because Everybody Says It Is

Ultimately, the middle finger is a symbol and symbols only have power because other people say they do.

Using the middle finger doesn’t force other people to perform sexual intercourse on themselves, nor does it magically turn your hand into male genitalia.

The middle finger may be a rude symbol, but it is only bad because the majority of people agree that it’s bad.

In a few hundred years, society may agree on a new meaning for the middle finger.

For all anybody knows, the middle finger could eventually come to be a pleasant greeting, much like a wave or a handshake!

To learn more, you can also read our posts on why being late is rude, why ‘whatever’ is a rude word, and why ‘K’ is so rude.

Nothing is stopping you from using the middle finger, as it’s not illegal or taboo. You might get a few odd looks over it, but nobody’s going to arrest you.

Why Is The Mona Lisa So Expensive? (9 Reasons Why)

Why Is State Farm So Expensive? (7 Reasons Why)