Why Is The Mona Lisa So Expensive? (9 Reasons Why) 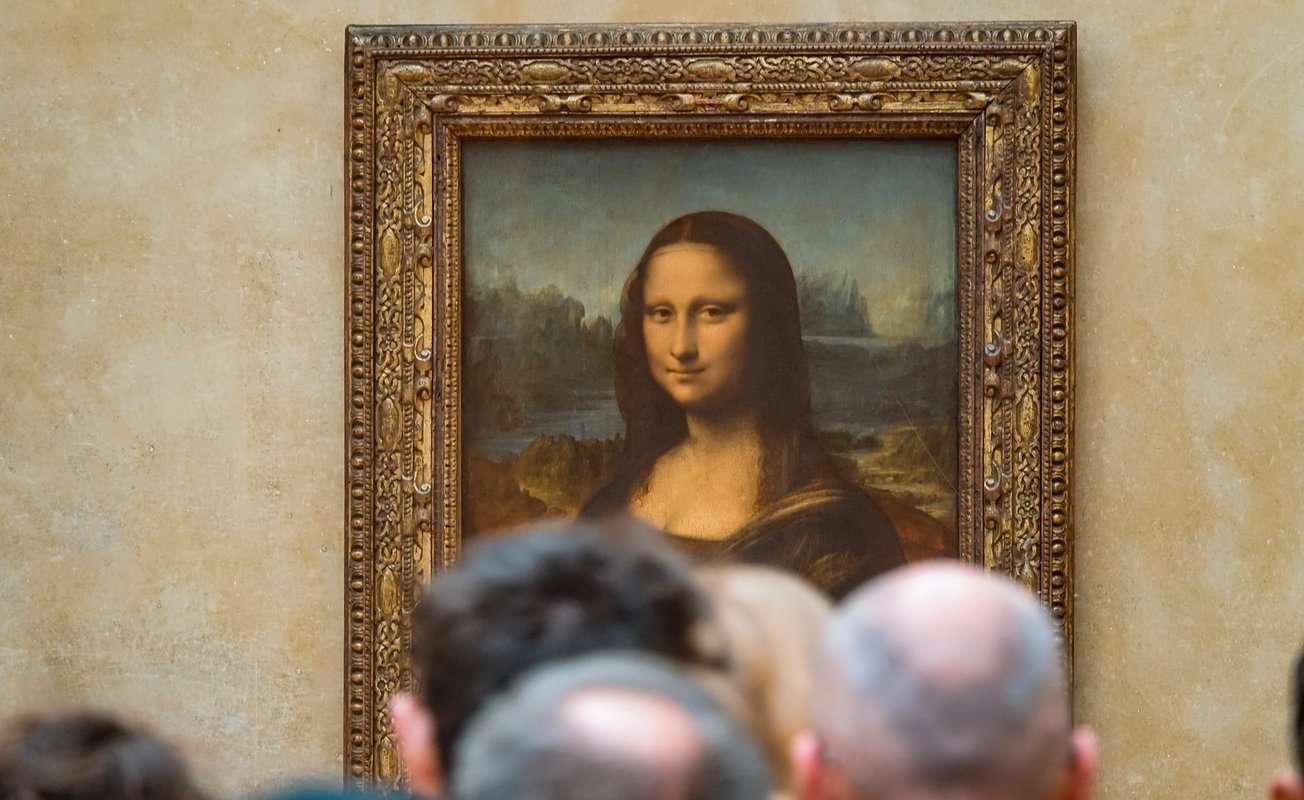 Art history is not for everybody- while art historians can identify many paintings, those same paintings would seem like any other art to the untrained eye. Only a few paintings escape this fate of being wall-mounted backdrops, and chief among them is the Mona Lisa.

The Mona Lisa is one of the most famous art pieces in the world and almost certainly the most famous painting. If you’re an aspiring art collector, buying the Mona Lisa may have crossed your mind at some point, no matter how unrealistic a thought. You were likely aware it was extremely expensive, but you may not have known why!

Why Is The Mona Lisa So Expensive?

1. The Painting Was Stolen

It may seem hard to believe, but before August 21st, 1911, the Mona Lisa was a relatively unknown painting, despite Leonardo da Vinci’s status as a master.

Nobody could recover the infamous painting of a smiling woman would until over two years later. By then, the theft had ingrained the Mona Lisa into the public conscious.

The Mona Lisa had been stolen by a man named Vincenzo Peruggia, who worked for the Louvre making protective cases.

Ironically, the only thing the Mona Lisa needed protecting from was him. Ultimately, an art dealer named Alfredo Geri would retrieve the painting in Florence, Italy in November 1913, and by then it was world-famous.

2. It Is Very Secure

Sometimes things are secure because they are expensive, and sometimes it’s the other way around. In the Mona Lisa’s case, it’s both!

With security being more intense since its original theft, more money has been poured into the Mona Lisa, meaning it is more expensive.

If the Louvre would want to sell it, it would need to recoup costs. That would include over one hundred years of a security detail, along with protective cases and sensors.

If you were to buy the Mona Lisa, you would have to offer the Louvre enough money to cover all of their expenses!

3. It Is Extremely Famous

In terms of recognizability, the Mona Lisa is the art equivalent of Michael Jackson’s hit song Billie Jean; everybody can recognize it!

Of course, it was not always this way. As mentioned earlier, the Mona Lisa was relatively obscure before its theft in 1911, with its popularity skyrocketing afterward.

If you had wanted to purchase the Mona Lisa over one hundred years ago, you may have had a chance to do so.

Now, with Mona Lisa’s extreme fame, your only hope to purchase it would be a time machine!

4. It Was Made By A Famous Artist

Leonardo is more than just a ninja turtle- the renaissance master himself, Leonardo da Vinci, has painted many of the world’s most famous paintings.

Aside from the Mona Lisa, Leonardo da Vinci is also known for The Last Supper and Salvator Mundi, both paintings with a religious subject matter.

On top of being an accomplished painter, and one of the most famous artists of all time, Leonardo da Vinci was also a prolific scientist and inventor.

Da Vinci’s designs are credited as precursors for anything from helicopters to tanks, and even parachutes and solar power.

Da Vinci was the progenitor of the renaissance man, a term used to designate a person with a wide skillset. It is a fitting moniker for da Vinci, a man who mastered so many subjects!

With a creator as famous and genius as Leonardo da Vinci, it’s no wonder the Mona Lisa is so expensive- anything da Vinci made is expensive!

Read More:  Why Is Blonde Vinyl So Expensive? (7 Reasons Why)

The aforementioned Salvator Mundi is credited as the most expensive painting of all time after it was sold to the Saudi prince Mohammed bin Salman for an unparalleled $450 million.

5. Nobody Knows Who She Is 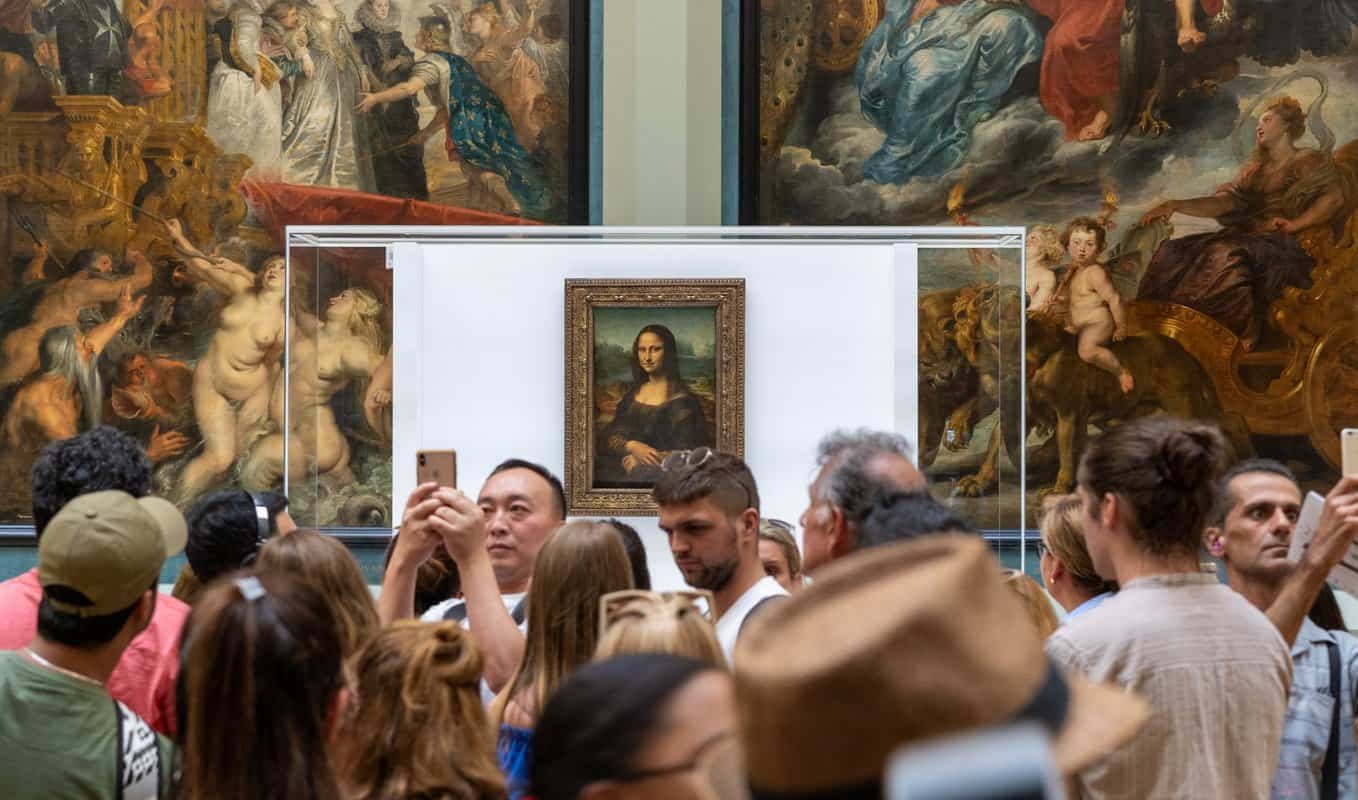 The painting known as the Mona Lisa is widely known as a masterpiece, but it comes with a catch. Nobody knows who the woman known as Mona Lisa is!

While there has been much speculation as to the subject’s identity, no historian or scientist has been able to confirm a hypothesis.

One popular theory is that the Mona Lisa is a self-portrait of Leonardo da Vinci, where he modified his features to appear feminine.

It may sound like a fun joke theory, but it’s entirely serious. If you compare the facial features of the Mona Lisa and an accurate portrait of Leonardo da Vinci, they look similar.

6. Relic Of The Renaissance

Da Vinci was estimated to have painted the Mona Lisa between 1503 and 1519.

While this may seem like a substantial potential period, it’s important to note that this was over five hundred years ago- a gap of sixteen years is not much in comparison.

As with anything from the renaissance period, the Mona Lisa is suitably expensive. As a relic of one of the most artistically and scientifically successful periods in history, it demands respect.

If nothing else, you must say that she looks good for being five hundred years old!

As time goes on, the Mona Lisa only becomes more culturally relevant. Art continues to evolve, and culture evolves with it.

With each pop-culture reference to da Vinci’s masterpiece, the painting becomes even more relevant than it was before.

This relevance means that the Mona Lisa’s value is also constantly increasing, becoming more valuable the more cultures value it.

One of the Mona Lisa’s most important features is her smile.

The technique used on her face makes the width of the smile change at certain angles and distances, making it seem like a different painting every time.

Her smile is just another of the Mona Lisa’s mysteries, albeit one that many say enhances its beauty.

9. It Is A Masterpiece

It may seem cheap to say that Mona Lisa is expensive because it is a masterpiece, but it’s true!

While it wasn’t particularly famous before its theft in 1911, it is still a beautiful piece- an aesthetically pleasing, yet realistic portrait- painted by one of the greatest artists of all time.

Even Leonardo da Vinci’s lesser-known works are considered masterpieces, and Mona Lisa is no exception.

For the better part of a century, art historians have been enthused about how the Mona Lisa is a master class in painting, even with all of her mysteries.

To learn more, you can also read our posts on why Picasso is famous, why you suck at drawing, and why you love music so much.

With its historical relevance, extensive history, and beautiful appearance, you can see why the Mona Lisa would be so expensive. It is one of the most important art pieces ever made, so it would be reasonable to say that not just anybody can buy it!

Why Is Venmo Declining My Payment? (9 Reasons Why)

Why Is The Middle Finger Bad? (7 Reasons Why)