Why Is Picasso Famous? (11 Reasons Why) 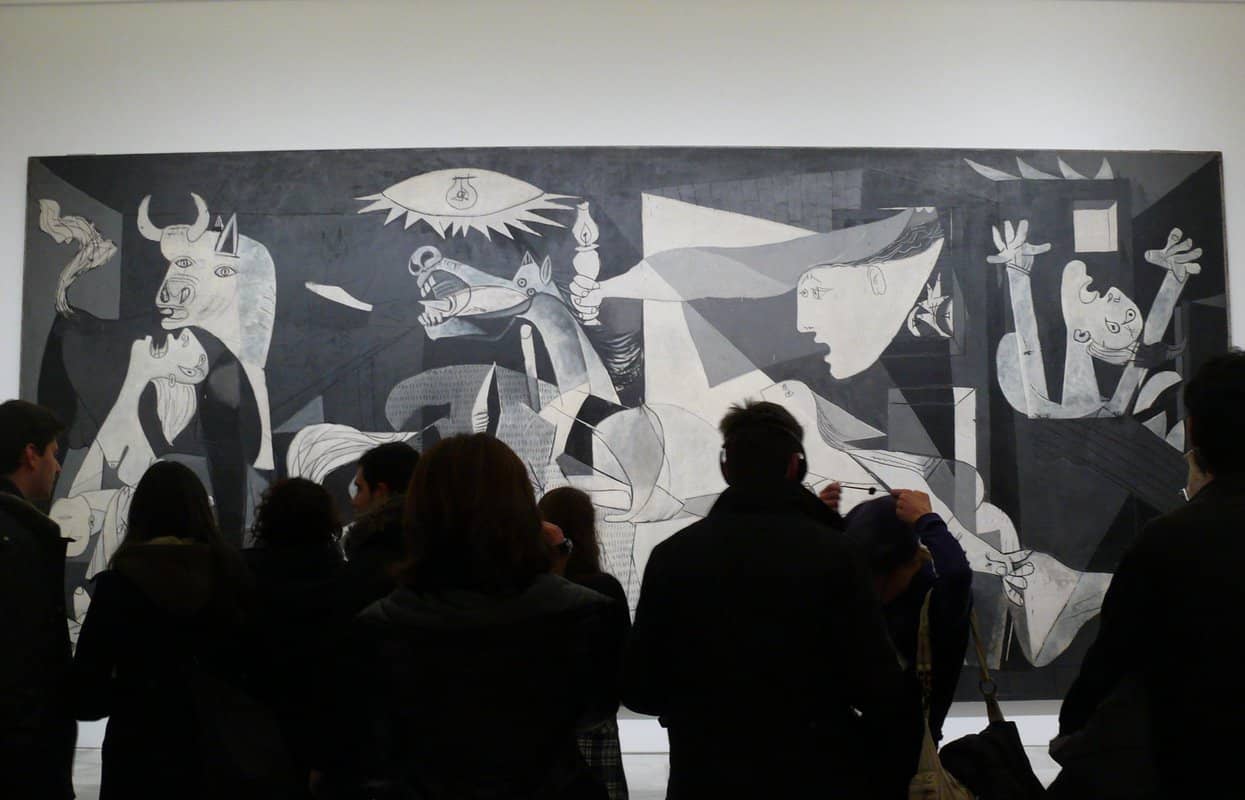 Pablo Picasso is a Spanish artist who spent most of his life painting in France. He’s known for his exceptional art pieces and his childish style of painting.

Pablo Picasso became so famous to the point that he has more fans today than he did before his death. The question here is, why is Picasso famous?

Why Is Picasso Famous?

1. He Was A Child Prodigy

Picasso started drawing at a very young age with the help of his father, who was an art teacher.

By the age of 13, Picasso out-mastered his father, which made his father hand over his palette and brushes to Picasso and decided not to paint again.

If that doesn’t interest you, maybe this will:

The school Picasso wanted to go to had an entrance exam with a 1-month period to complete. Picasso completed the exam in a single day!

These were clear indications that he was going to change the world. Eventually, he became the most famous artist ever

Guernica is one of Picasso’s best art pieces, if not the best, and one of the most famous paintings in the world.

The bombing of Guernica is what made Picasso create the massive anti-war mural of the same name, which represents a powerful work of historical documentation.

The painting portrayed a screaming woman carrying her child, a wounded soldier, a woman injured in her leg, and a woman between flames screaming in agony.

Additionally, it portrayed a bull, a horse, and a ghostly woman with a lantern. All these elements add to the horror display of the painting, making your eyes hurtle through the painting.

3. His Art Pieces Are Addictive

Not in a literal medical sense, but when you look at Picasso’s artwork, you can’t help but stare. You just stare deeply as if the painting is taking you to some kind of different dimension.

Many people who don’t have a clue what art is all about find themselves staring at Picasso’s paintings. So, no, you don’t need to be an artist to appreciate his work.

Picasso revolutionized art with a new painting approach called Cubism. The amazing style was introduced to the world in 1907 with the help of Picasso’s friend and amazing artist Georges Braque.

Cubism is the art of combining figures and shapes to create a complete picture. Although the definition can be simple, in reality, this approach is far more complex.

When you look at something, you only see it from one point of view, so when you try to paint it, it’ll look exactly as it is.

Instead of trying to paint things from just one perspective, Picasso painted from multiple perspectives using cubism. The result is a unique painting that looks fragmented yet vivid.

The new style was criticized in its early days, but as more artists saw Picasso’s cubism paintings, cubism became a turning point in the world of art.

When you look at Picasso’s paintings, you’ll find them having irregular shapes and incomplete fragments, and the overall painting looks like it has something missing. But it doesn’t!

Picasso wasn’t just a normal artist; he was a genius. The missing ‘thing’ in his art is actually intended for your brain to put together.

Remember cubism? This is what Picasso used to turn painting into little mind riddles. This probably explains why his art pieces are so addictive! 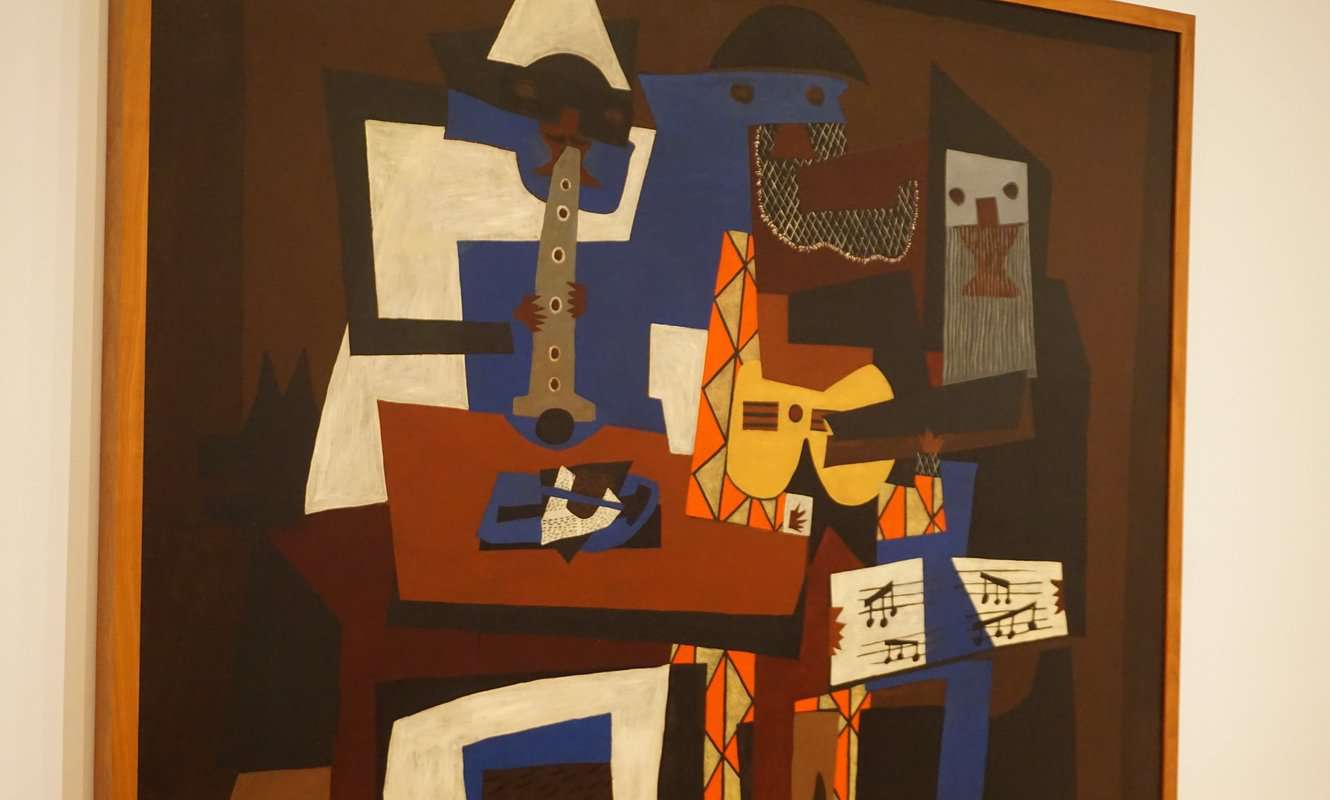 Picasso wasn’t in favor of following other artists or copying their style. He was inspired by random everyday objects like street posters, musical instruments, colors, people, and even bills.

He painted what he lived through and what he had in his mind and topped it off with his original painting styles, which brought life and character into his paintings.

Picasso was, in fact, so original that other artists were influenced by him and his unique styles, which carved his path to unimaginable fame.

7. He Had A Natural Talent

Picasso had an exceptional gift for painting. In his early years, he kept experimenting with different techniques and theories

Ever since his first painting, Picador, which he painted at the age of 8 years old, Picasso kept developing his techniques every day until the day he died.

The constant development led to different eras that took the entire world by storm.

Picasso has been constantly developing his painting techniques over time, which in return reflected in his art pieces. For example, the Blue period from 1900 to 1904.

During the Blue Period, Picasso used different shades of blue, and most of his paintings at that time reflected instability and poverty.

Then he switched to the Rose Period, which spanned from 1904 to 1906. You can tell by now he used shades of pink in this period, but he also added shades of orange and yellow.

It was more of a cheery painting era that featured circus people like harlequins and acrobats.

His next stop was the African-influenced period from 1907 to 1909. In this period, Picasso was influenced by African cave paintings and sculptures.

And it was also the start of his cubism period, which is the 4th and final period of his paintings. Of course, Picasso kept on developing his techniques after cubism.

The different eras spoke to different people of different ages and personal preferences. You can understand by now why Picasso is famous even in modern days.

At 13 years old, Picasso went to the San Fernando Fine Art Royal Academy, which was a top-of-the-line art school in Barcelona. His father was an art teacher in that school.

In 1904, He traveled to Paris and stayed there for the rest of his life, which was one of the main reasons Picasso’s life changed forever.

In France, Picasso met some of the best artists of that time and got to know all their different techniques. Although he still used his own techniques, Picasso made good use of the knowledge he acquired.

Read More:  Why Do Musicians Have Long Hair? (9 Reasons Why)

You might be wondering, how did that help Picasso become famous? Well, at the time it didn’t, but his school and going to Paris were the foundation for creating the world’s most famous artist.

Picasso loved primitive art and children’s drawings. He actually intended to paint like children, and he said it himself, “It took me 4 years to paint like Raphael, but a lifetime to paint like a child.”

Picasso mastered drawing like a child, which raised multiple questions in the art world. Eventually, artists and critics realized how authentic and invested Picasso was with his drawing.

The combination of the child drawing technique with cubism as well as the story in whatever he painted resulted in extraordinary art pieces that changed the meaning of art forever.

11. He Left A Lasting Legacy

Picasso left a huge collection of ultimately rare and extraordinary paintings for us to admire. You can find his art in Spain, France, Germany, and Switzerland museums.

However, that’s not the only thing Picasso left. The amazing artist left endless art lessons, techniques, methods, and approaches.

Such a legacy will never fail to gain artists’ attention all over the world and will remain among aspiring artists and enthusiasts for years to come.

To learn more, you can also read our posts on why the Mona Lisa is so expensive, why you suck at drawing, and why music theory is so hard.

Pablo Picasso passed away in 1973; that’s 49 years ago! Yet, the artist is still gaining more and more popularity as if he’s still alive.

Picasso is famous for his talent, authenticity, and extraordinary art pieces, not to mention all his great inventions like cubism, collage, and many approaches that changed art forever.

Why Is New York So Popular? (13 Reasons Why)

Why Is Salmon So Expensive? (11 Reasons Why)