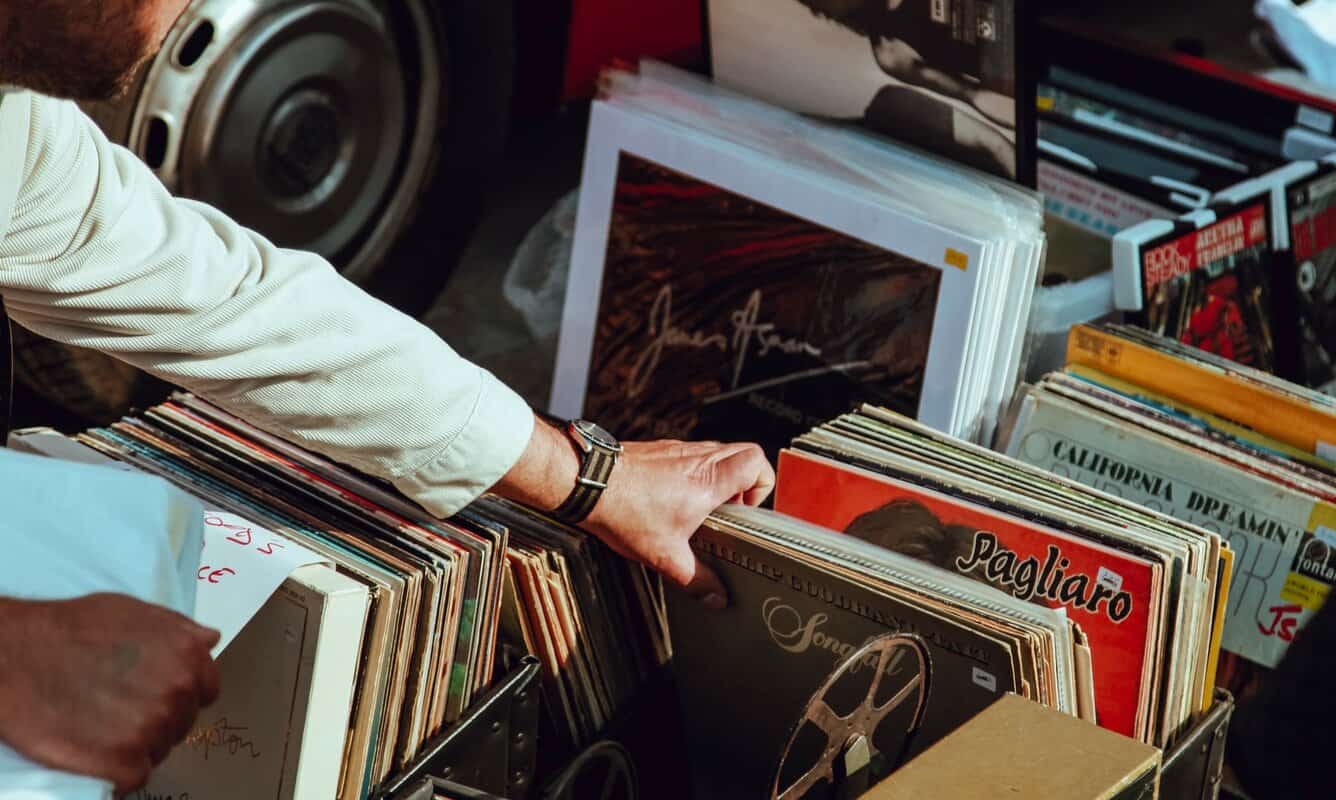 Everybody likes music, and a good song can make anybody feel better. However, some decades seem better for music than others.

Steely Dan, Black Sabbath, the Talking Heads, Pink Floyd, the Ramones, and Fleetwood Mac all have one thing in common; a major output during the 70s! Was this the best decade for music?

1. The Spirit Of Innovation

In the 1970s, many artists were experimenting. This experimentation was both musically and with drugs, though these were often intertwined!

The spirit of innovation filled 1970s music, with musicians making weird music for the sake of it. Sometimes, it didn’t work, such as in Lou Reed’s Metal Machine Music.

However, this experimentation and innovation paid dividends for bands like Pink Floyd, Kraftwerk, and the brilliant composer Frank Zappa.

Even jazz fans took part in the musical revolution of the 1970s, with jazz mixing with rock in multiple ways to form both jazz fusion, prog rock, and the later-defined yacht rock.

2. A Lack Of Computers

In the 1970s, computers did not exist- at least, not readily available ones. Most computers were for industrial use, such as with NASA, which had built computers to survive a rocket launch.

This lack of computers meant that people making music would have to go fully analog. Recordings were made directly through amps until Motown built one of the first DI systems.

By having to stay fully analog, musicians in the 1970s were not offered any sort of digital correction or auto-tune.

With the rare exception of manually manipulating the recording tapes, musicians in the 1970s would have to play their music exactly as they wanted it to be heard.

3. An Excess Amount Of Talent

Musicians in the 1970s were often extremely talented individuals. Jimmy Page of Led Zeppelin and Lindsey Buckingham of Fleetwood Mac are some of the most lauded guitarists of all time.

With an excess of talent comes higher-quality music as better musicians make better music. Everybody in a band was often of a high talent level, meaning the music was as good as can be.

From the 1940s to the 1970s, the music industry was like a meat grinder- even more than it currently is.

Musicians were expected to put out many albums back-to-back, on top of near-constant touring.

At the beginning of the careers of the Rolling Stones and the Beatles, these iconic bands were expected to put out several albums a year!

This meat grinder-like work ethic meant that talented musicians were often putting out a large volume of their music.

This volume may have harmed the music’s quality but with the talent of the musicians involved, nobody seemed to notice or mind!

5. A Lack Of Internet

You may be thinking that this is the same thing as their lack of computers, but you would be mistaken! The internet and computers play entirely different roles in the music world.

Musicians did not have the internet to distribute their music like many currently do. They would have to rely on the radio and label distribution.

Labels, in turn, would only sign music that they thought was good or would succeed. Therefore, only the so-called ‘better’ music would get signed and receive the distribution.

6. The Music Industry Was Rich 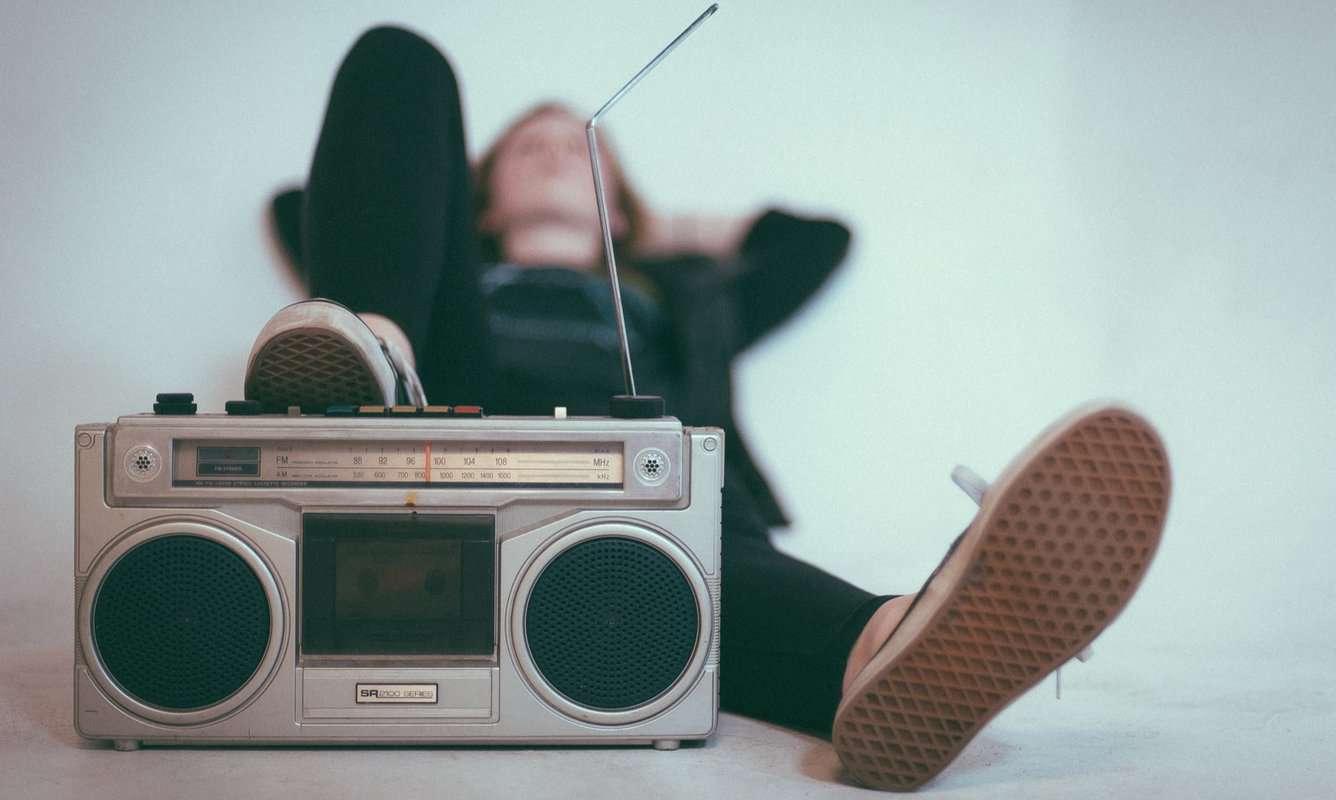 Nowadays, many musicians are significantly less wealthy than you would expect, while record labels hoard profits.

In the 1970s, anybody involved in a successful band became affluent, from the musicians to the managers- assuming the musicians didn’t get stuck in a bad or predatory deal.

The music industry had more money to throw around, giving money to more experimental bands to prove their mettle. This helped that infamous spirit of innovation!

7. Only The Good Music Got Famous

On top of only ‘good’ music getting selected for distribution, only the best of the best got truly famous. A certain amount of luck was required, but simply being very good could get you far!

When considering the standards of craftsmanship in the 1970s, there are two words to think of: ‘Steely Dan.’

While not every band had the intense standards of the Dan, many artists were perfectionists to some degree. This would include famous producer Brian Eno and guitarist Jimmy Page.

While many modern albums may seem polished, they may feel unoriginal and cookie-cutter.

In the 1970s, bands like Steely Dan were not only dedicated to making fresh and original music but making their music sound as good as possible.

9. The Rise Of New Genres

With the innovation of the 1970s, the diversification of rock music led to the creation of many new genres.

Some of these newer genres are still popular, but did not develop much further, like progressive rock.

Other newer genres, however, stuck around and diversified into a borderline-unreasonable amount of subgenres.

With the spirit of innovation driving the creation of so many new genres, heavy metal rapidly became one of the most popular genres on the planet.

Metal even started taking over the airwaves in the late 1970s and 1980s, before taking on a more extreme and underground form in the 1990s.

Progressive rock, on the other hand, mostly died out by the 1980s. However, many progressive rock projects are still held in high regards, such as most of King Crimson’s discography.

No matter what happened to these new genres and subgenres, the new forms of music that popped up in the 1970s are just more proof of why it was such a good decade!

This one may be a bit controversial, but more than a few people will agree- the 1970s was so good for music because everybody was on drugs.

When you consider bands like the Grateful Dead, who had massive followings of fans who went with them from state to state, you realize how they were on LSD every waking moment.

The Grateful Dead used so much LSD that they had a personal chemist- Owsley Stanley, the LSD kingpin of the United States and the inspiration for Steely Dan’s ‘Kid Charlemagne!’

Bands like Steely Dan, Fleetwood Mac, and Toto were fans of cocaine, while Jimmy Page of Led Zeppelin was notorious for heroin use.

It is a common joke nowadays, often repeated in the comment sections of music videos of bands like King Gizzard and the Lizard Wizard.

Either way, there is an argument to be made that having a group of talented people high on their drug of choice leads to musical miracles.

This is especially evident in the late 1960s and early 1970s when many musicians admit that their acid use directly inspired their innovative spirit.

11. You Have Confirmation Bias

Ultimately, you may think that music from the 1970s was so good simply because you like its music the best!

Music taste, like with all art, is entirely subjective. While you may believe that the 1970s was the best decade for music, somebody else may argue that the 1990s were better.

You would both have a point! Ultimately, the 1970s was farther away than the 1990s. Time is the best filter, and fewer people remember the more mediocre music of the 1970s.

Remember, the Osmonds were chart-toppers in the 1970s, but now many people forget they exist!

As most people only remember and only listen to the best of the best from the 1970s, it can seem like the 1970s were made of gold.

Think about it this way. In the 2060s, people will likely consider Britney Spears’ “Toxic” or Kanye West’s “Power” like how we regard Heart’s “Barracuda” or Led Zeppelin’s “Stairway to Heaven!”

Ultimately, there are many reasons why music from the 1970s is considered so good. Whether it be a higher standard of musicianship or confirmation bias, you can’t deny good music!

While the 1970s were undoubtedly a great decade for music, remember not to limit yourself! It may take some digging to find, but good music is being made everywhere and every day.

Why Do Women Cross Their Legs? (9 Reasons Why)

Why Is AT&T So Expensive? (9 Reasons Why)