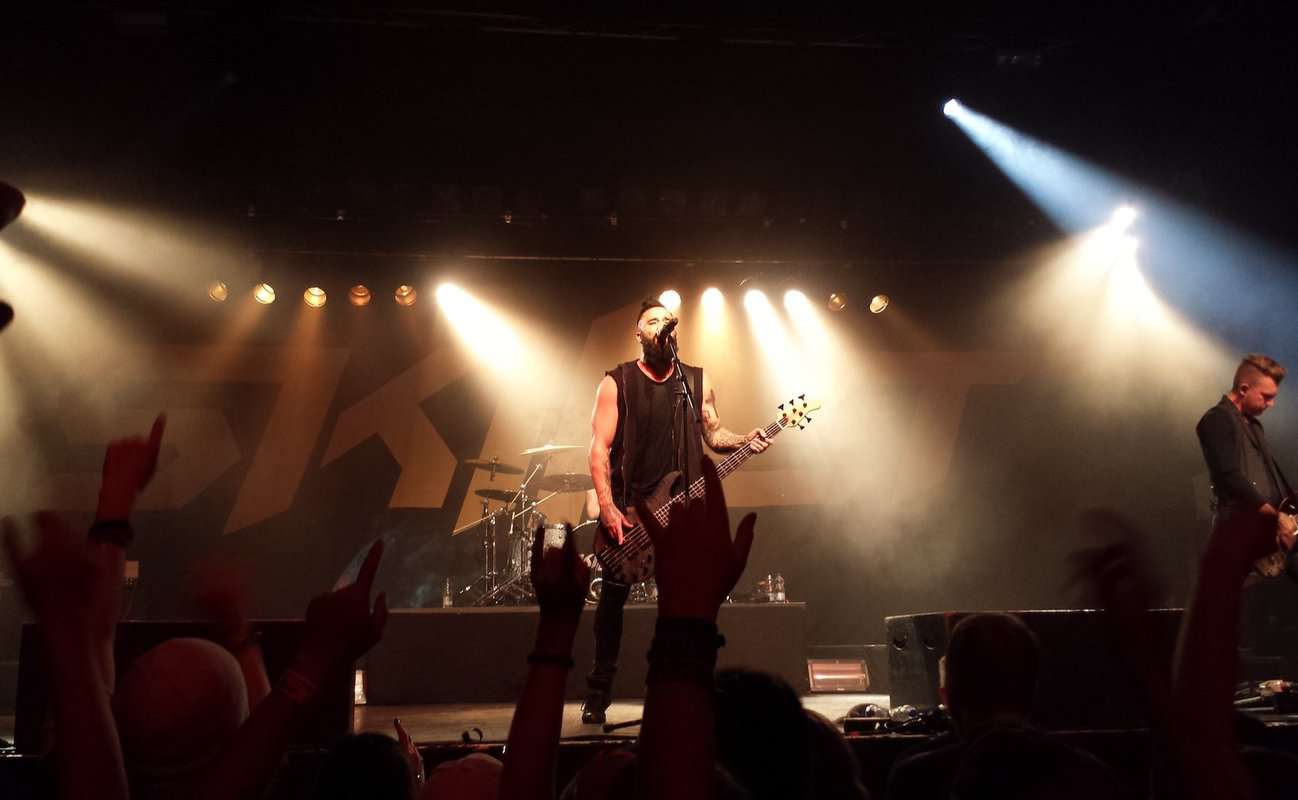 Of all the types of music in the world, arguably none is as celebrated—or controversial—as rock music. From filling stadiums to being blamed for the downfall of morality in society, rock music runs the gamut.

However, no matter what your beliefs on the subject, it is hard to find anyone who has never tapped their toes to a rock song at some point. Keep reading to discover 11 reasons why rock music is so good.

Why Is Rock Music So Good?

Rock is one of the few genres of music that truly appeals to the masses. It doesn’t take a trained musician’s ear to appreciate a rock song.

This is because rock music features catchy hooks that are easy for people to sing along with.

Who hasn’t sung “Knock, knock, knockin’ on heaven’s door” at the top of their lungs in the shower or hummed “Welcome to the Hotel California” while wasting away the hours at work?

While these are just a couple of examples of popular hooks from rock music lore, nearly every rock song, mega-hit or otherwise, has a catchy refrain that can get listeners grooving.

Although rock music is considered its own genre today, it has been inspired by countless genres throughout the decades.

Its roots are heavily influenced by the blues and country, but there are elements of pop, soul, funk, hip-hop, classical, folk, jazz—you name it—in rock songs.

These cross-genre influences create a unique sound that appeals to a wide range of people. So even if your musical tastes lie in a specific genre, there is a good chance that there is a rock band you can dig.

It is a bit of a running joke in rock music lore that nearly every imaginable instrument has been featured on a rock song at some point.

For example, in Buddy Holly’s hit song “Everyday,” the producer’s wife plays the celesta, and The Beach Boys feature the theremin on their hit song “Good Vibrations.” Go ahead and look up those instruments yourself.

However, at its heart, the basic four-piece rock band uses the lead guitar, rhythm guitar, bass, and drums.

These rhythmic instruments can get people moving and shaking with even the simplest arrangements and provide the basis on which the term “rock and roll” has blossomed.

4. Rock Music Is Embedded In Our Culture

There is something undeniably American about rock music.

Although some of history’s biggest rock bands—The Beatles, Led Zeppelin, etc.—are not American, they were heavily influenced by the American bluesmen, bluegrass, and country artists of the early 20th century.

Since the rock explosion of the 1950’s and 60’s, nearly every country worldwide has put their twist on rock and roll music, with young musicians the world over having dreams of making it big in a rock band.

Rock music is embedded in our cultural subconscious, with a unique heart and soul that speaks to listeners in ways that isolated genres can’t.

Unfortunately, there are many talented musicians throughout the world who will never get an audience due to a lack of financial backing.

Even though poverty is not foreign to rock musicians, with the stories of rock bands recording in garages ubiquitous throughout the years, there is no denying that the money is there if your band makes it. 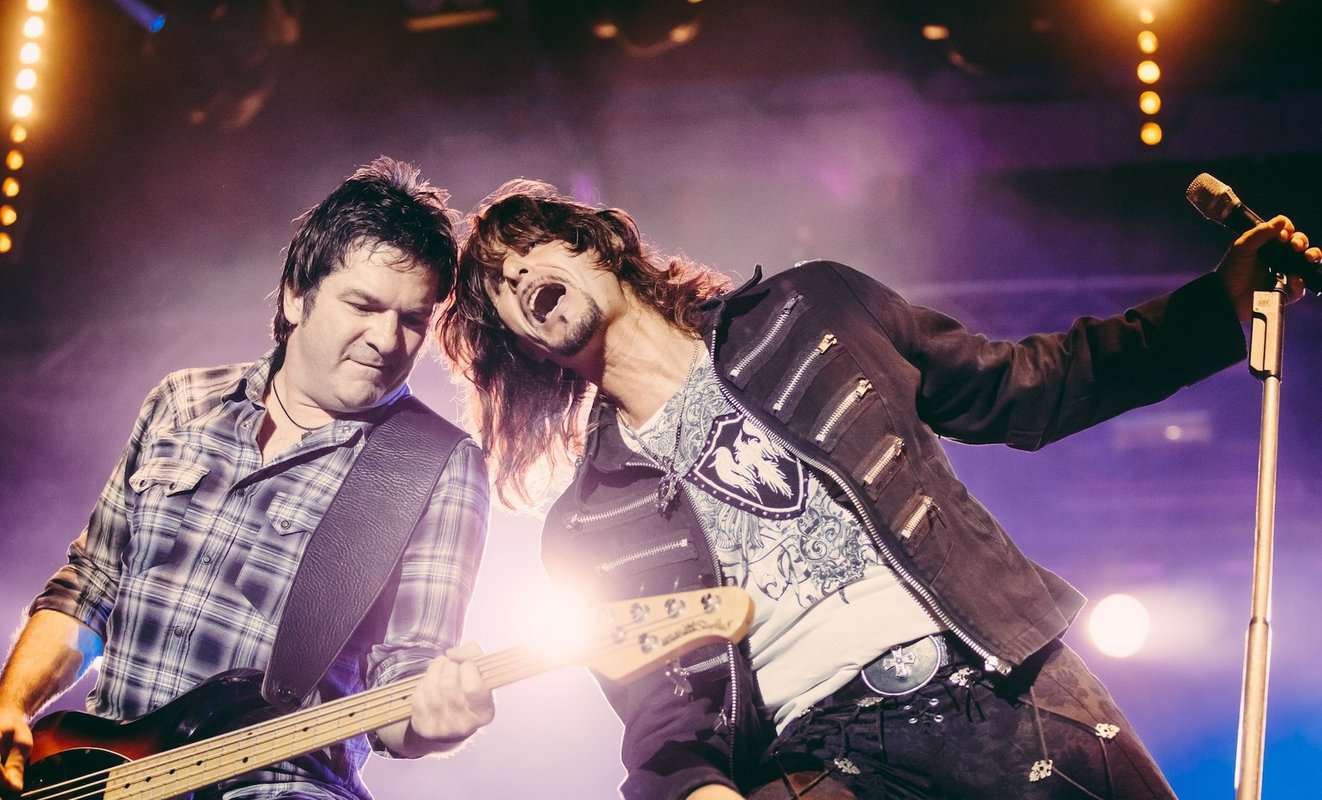 Rock music is one of the few genres where lyrics and instrumentation are given nearly equal weight.

Some genres that are harder for people to listen to, such as jazz, rely almost exclusively on instruments, while opera relies heavily on voice.

More popular genres such as country and hip-hop are more lyrically influenced, while blues and metal are heavy on the instrumentation.

Rock alone seems to find that perfect formula where neither the lyrics nor instruments completely steal the show, creating a mellifluous product that appeals to many listeners.

There is nothing quite like a rock music concert in terms of live music. Other genres sound good live, but the music is just not the same when taken out of the studio.

Rock music is just as much an experience as a sound. The gritty, rhythmic sound and catchy lyrics of rock songs make for an unmatched in-person listening experience.

When attending rock concerts, people acquire unforgettable memories and feelings that are impossible to disassociate from the music itself.

8. All Genders Can Be Rock Stars

In a society that is working hard to ensure gender equality and understanding, it can be easy to forget that rock music has been a pioneer in this regard for decades.

There have been countless male and female rock stars over the years. Some artists, such as David Bowie, Prince, and Morrissey, were leaders in accepting androgyny and gender fluidity.

The result is a sound that knows no limits.

Just as rock music has long produced hits from artists from all over the gender continuum, it has a way of bringing all types of people together.

No matter your nationality, political beliefs, sexuality, economic background, or any other characteristic, rock music has brought people together over the years in ways other mediums cannot.

While the mantra “peace, love, and rock and roll” is a bit of a cliché at this point, the message holds true to this day, with rock music being a unifying point that brings people from all walks of life together.

Read More:  Why Is My Guitar Amp Buzzing? (9 Reasons Why)

Catchy hooks are one of the most prominent reasons for rock music’s popularity.

However, it is the face-melting instrumental solos that truly embed rock music into people’s blood.

Whether you have spent your life in sports arenas, are an adrenaline junkie, or simply just an air guitar virtuoso, the opening riff from “Satisfaction” or the haunting chords from “Smoke on the Water” are just a couple of examples of solos that are truly unforgettable.

Although people can appreciate the technical skill and complexity of music from most types of music, it can be difficult to truly understand a song unless it relates to you.

To this effect, no genre tells the struggle of the human experience quite like rock and roll.

From stories of love, heartache, doubt, and personal triumph, rock music, in its beautiful combination of profound lyrics and heart-wrenching licks, gives everyone a little something to relate to.

Rock music has a truly unique place in our culture. At the same time wildly controversial and popular, there is no doubt that it is a transformative genre.

At the end of the day, rock music has stood the test of time because it is good. To find out exactly why, browse through any of the above 11 reasons why rock music remains a favorite to this day!

Why Are Chryslers So Unreliable? (11 Reasons Why)