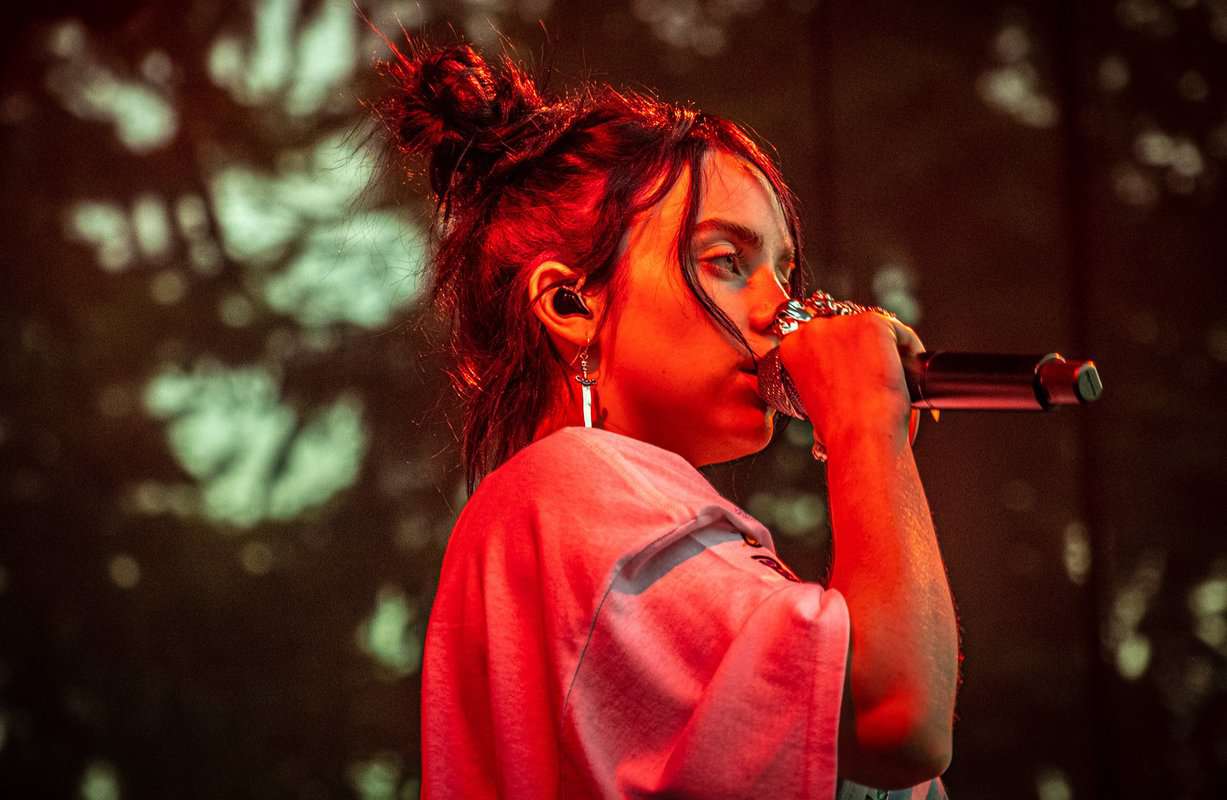 Billie Eilish has made a name for herself over the last few years. Her fame multiplied as she began releasing music unlike other genres in circulation. She has gained countless fans for her many talents.

Individuals have different music tastes, so it makes sense that not everyone will be a fan of Billie Eilish. However, she certainly has her fair share of an immense following. Why do people like Billie Eilish?

Billie Eilish is extremely popular for her unique music style. Her exploration of the pop genre has landed her top hits with billions of streams played. Distinctive elements in Billie Eilish’s songs set them apart from others.

People like Billie Eilish because they have never heard music like hers. It was a bit of a shock to pop listeners when Billie Eilish began releasing music. Many people did not know whether they liked the style.

Billie Eilish combines pop-culture experiences with contemplative sounds to create unheard-of songs. She is not afraid to explore her music sense while also keeping the same style throughout her pieces.

Billie Eilish is – at the very least – well-known among younger generations. Even those who do not like her music are likely familiar with her presence and success in the media. Still, she has a large following.

People like Billie Eilish because she appeals to similar struggles and experiences that people her age have dealt with and that those younger than her might be experiencing in their current lives.

Her outreach to younger generations has helped grow her popularity among pop fans. Those who do like Billie Eilish are drawn to her voice, lyrics, music, and, as you will learn below, several other aspects of her life.

Billie Eilish’s fashion sense is unorthodox compared to other pop artists. She sports oversized t-shirts, baggy pants, and colorful hair. She is not afraid to go against the status quo of how a pop artist appears to the public.

With small hints of a rebellious nature, Billie Eilish appeals to people with unique fashion senses. She emphasizes that her outfit choices are her own and embraces her individuality. Fans appreciate this attribute.

Billie Eilish wears what she wears because she wants to. She advertises to her fans that they should be themselves. People like her because her fashion sense is her own – it is not manufactured by others.

One of the biggest reasons why Billie Eilish has so many fans is that her voice is beautiful She sings in a rather monotone but effective tone. Her timbre mixes wonderfully with the often jarring sounds included in her music.

Billie Eilish’s voice is almost nonchalant, which makes it even more impressive. Her songs can be calming in one verse but frightening in the next. People like the unpredictability of such a seemingly simple voice.

Billie Eilish uses her voice to her advantage in creating a range of songs. Some people think a lower-timbre cadence cannot explore anything other than bland songs, but Billie Eilish proves this theory wrong.

5. She Loves Her Fans

People like Billie Eilish because she recognizes how great her following is and takes measures to please her fans. She actively appreciates all of the people who support her artistic endeavors, and she truly loves her fans.

Whether it be in public, at a concert, or on social media, Billie Eilish is often seen having even simple conversations with her fans, answering questions, and enjoying herself while doing so.

Billie Eilish embraces the fact that so many people keep up with her, and she is open to sharing more of her life with them. She does not hesitate to thank her fans for how they have helped her reach the status she now has. 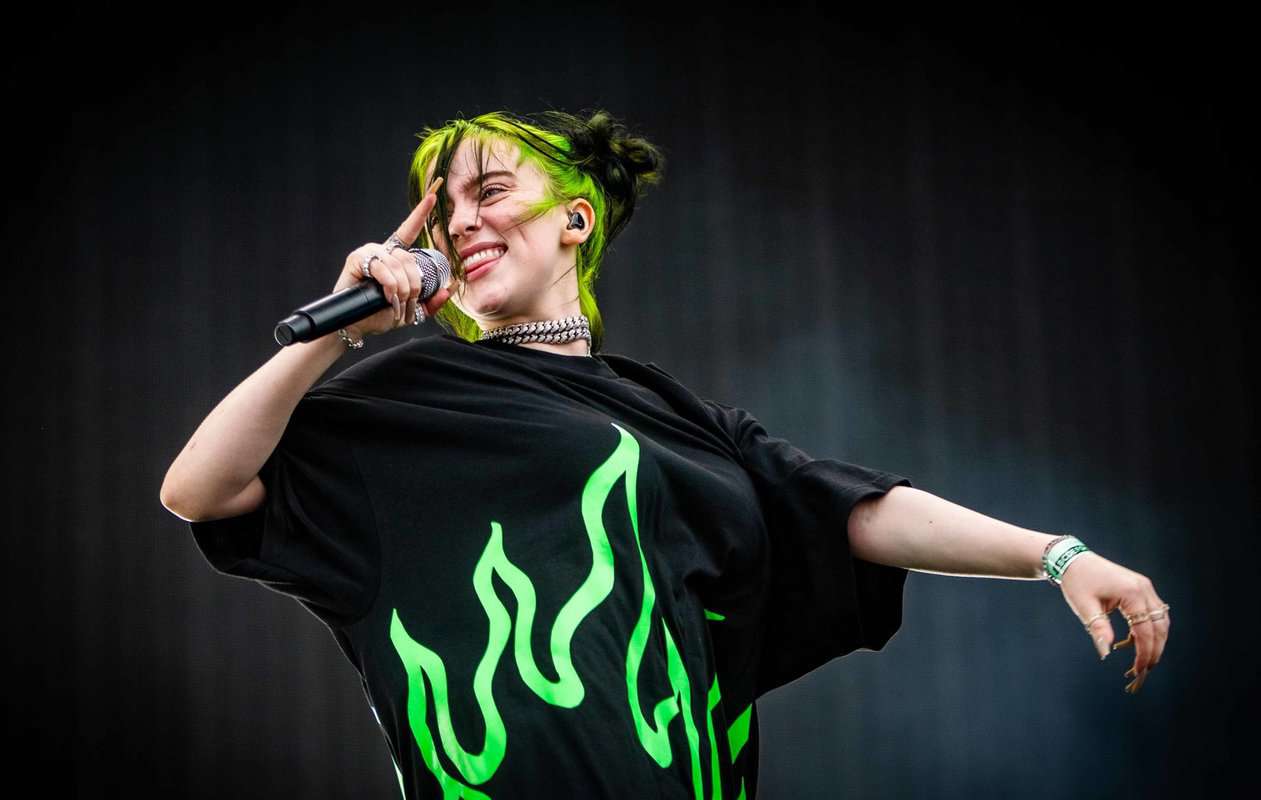 Billie Eilish is an excellent performer. People love going to her concerts. Billie Eilish interacts with her fans on stage, and one can observe that she is having just as much fun as anyone in the crowd.

When someone listens to Billie Eilish’s music, it is not uncommon for them to become emotional, depending on the vibe of the song. When Billie Eilish performs, those in attendance can see that emotion come back out.

Read More:  Why Is My Guitar Amp Buzzing? (9 Reasons Why)

Fans at a Billie Eilish concert can see how much her songs mean to her in the way that she performs them. Of course, she must give a good performance to her fans, but you can tell that she truly loves being there.

As mentioned, Billie Eilish has a great social media outreach. Whether she is answering fans’ questions on a live stream or showing off one of her distinctive outfits, people enjoy scrolling through her feed.

Many artists use their social media platforms simply to promote their endeavors as an artist. While this is perfectly useful for a celebrity, it can take away from the personability of one’s social media page.

Billie Eilish uses her social media accounts to display her joy in life. Of course, she promotes upcoming performances and the like, but she also continues to be herself and show her daily life through posts.

People also like Billie Eilish because of her media appearances. She is extremely charismatic while at the same time appearing awkward and relatable to other viewers. She appeals to a large audience.

Billie Eilish has been a part of comedic interviews in which she cracks jokes and gets laughs from the viewers, but she also embraces serious questions and is not afraid to talk about personal experiences.

She calls out pressing matters on occasion while being able to make light of more positive topics. Her versatility in being interviewed makes her enjoyable to watch and listen to.

From a combination of the likable factors listed above, Billie Eilish has shown that her uniqueness is the most special thing about her. People like Billie Eilish because she appears to display herself for who she truly is.

It is all too common to see a popular celebrity seem to change due to their constant recognition. When the spotlight is on them, it can be difficult to maintain their true self. Billie Eilish overcomes this predicament.

Billie Eilish lives fearlessly knowing that she loves herself and can show the public who she really is. People like that she is not afraid to live how she wants to live.

People like Billie Eilish because she has room for potential. This is not to suggest that there is anything wrong with her artistic talents, but more that she has plenty of time to continue living her life and pleasing her fans.

Billie Eilish’s opportunity to keep progressing in her musical talents excites her fans for what is to come. They have found the music style they have been seeking, and they look towards Billie Eilish to capitalize on that.

Billie Eilish’s music style also paves the way for new artists to explore similar genres. Her fans appreciate that she seems to have created new music in uncharted territory.

Since her early success, Billie Eilish has only grown more popular. People like her because of what she has been able to achieve at such a young age. She has completely flipped a genre on its other end.

Her achievements at a young age paired with her potential for continued success make her fans all the more eager to see where her career goes.

People like Billie Eilish for several reasons. Her presence in music and the media is enjoyable enough, but she continues to surpass expectations of her success.

Billie Eilish is unique and effective – two attributes that have helped her reach as wide of an audience as she has been able to. She will continue to gain fame in the years to come.

Why Are Chihuahuas So Cute? (11 Reasons Why)

Why Is Nike So Expensive? (11 Reasons Why)