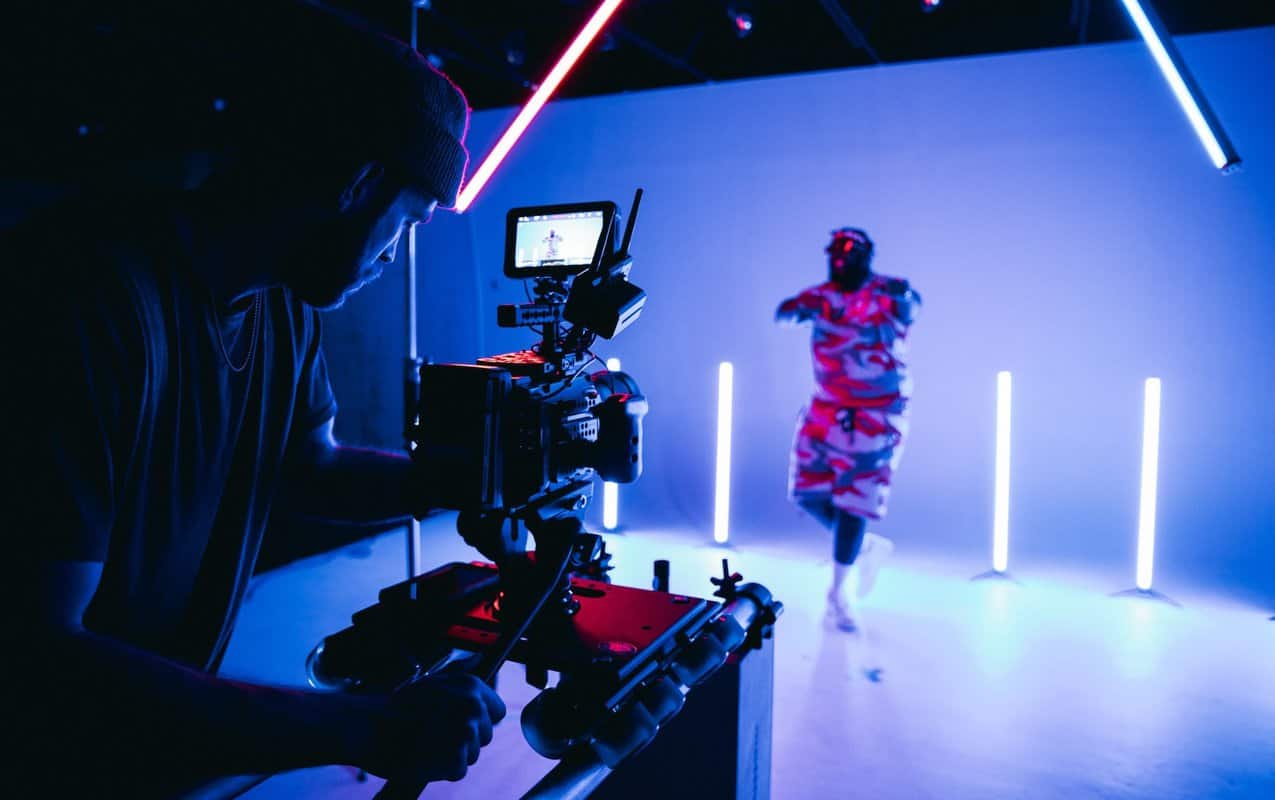 Not all music videos are strange, but when they are, they’re extremely so.

There are many possible explanations for psychedelic or absurd music videos, but it all comes down to making a choice. Do you choose to play safely within the rules of logic? Or stir creativity and imagination?

Why Are Music Videos So Weird?

The purpose of music videos in the entertainment industry is marketing. This was proven by the example done by pioneers Joseph Stern and Edward Mark.

So, how do you successfully market a song? By making an artful and unique video to match.

Sometimes, it doesn’t even need to be good—Either you have to be first or make sure you stand out.

When you create something for marketing purposes, you should ensure that it stays in the memories of the audience. Psychology says consumer decisions are memory-based.

For this reason, some music videos were intentionally created with surprising plot twists and juxtapositions. This is to make sure you still think about it days later after you’ve seen it.

Has anything gone viral for mundane reasons? Of course not. Controversy gets people to talk about songs or videos for months—even years.

So, if you’ve seen a weird music video, laughed or cringed at it, and sent it to a friend, then it’s fulfilled its purpose.

4. To Make a Statement 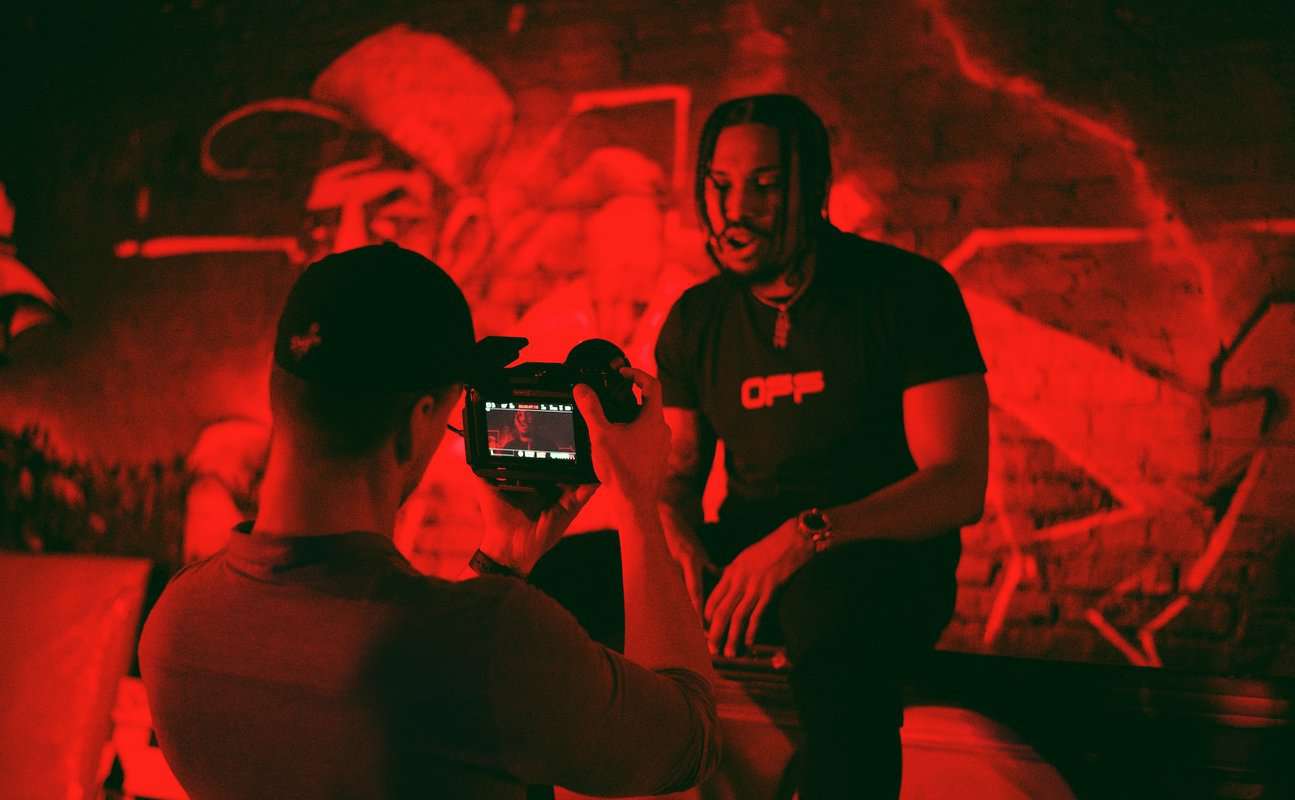 Music videos have been used for other reasons besides marketing, and that’s to make a statement.

Read More:  Why Is Country Music So Bad? (9 Reasons Why)

It could be advocacy or a campaign against bullying, body positivity, global warming, or animal rights. It could be as simple as to cheer people up too.

To successfully bring the message across, artists come up with crazy concepts to get people to watch the video and pass it around.

There’s no unit for measuring creativity. Imagination’s the limit and it’s an overflowing resource.

Additionally, with the ever-progressing technology for animation and CGI, the ideas just keep coming. Artists and directors simply recognize their artistic license and know how to use it.

6. To Make You Think

The use of unconventional methods of storytelling doesn’t always equate to not having a point. In fact, one of the best ways to know that you’ve done a good job in creating a video is when it gets viewers to think.

Artists use allegories and fictional creatures to hook viewers. Sometimes, it’s a way to get people to watch until the end to work out the entire picture.

It takes a genius to seamlessly merge logic and fantasy, so it makes sense that not everyone would appreciate it.

7. Not Meant to Please Everyone

There are two kinds of thinkers: idealists and realists. The latter is less likely to appreciate strange trippy concepts as in weird music videos.

This is totally fine because not everything out there, especially in the artistic sense, is created to please everyone. Our differences, after all, are meant to be respected, not divide us.

8. Not Meant to Be Understood

Some things are just not meant to be understood.

Instead of stressing over the graphics that go over our heads, maybe it’s time to take a step back and simply appreciate it. Accept that you don’t need to put a lot of thought into this particular video.

Music videos are sometimes intentionally created for the sole purpose of visual entertainment—nothing more. So, save yourself from unnecessary stress and enjoy the video.

If it’s too much for you to handle, you can always scroll over to the next video.

There are no rules about making bizarre music videos. As long as they’re not hurting anyone, anything is acceptable.

Looking back at the first videos to the ones we have now, it’s impressive how far we’ve come as creatives. It’s proof that there truly are no boundaries to intelligence and creativity.

Imagine the revolutionary lengths we could achieve in the future, just seeing what we could do with music videos.

A Brief History of Music Videos

To understand music videos better, it’s only fair to look back to where it all began.

Read More:  Why Is Stairway To Heaven The Forbidden Riff? (5 Reasons Why)

This illustrated song was the brainchild of Joseph Stern and Edward Mark. It was a recording of a song entitled “The Little Lost Child” that was set to play alongside a slideshow.

The photos were chosen carefully to echo the sentiments of the song lyrics. So, was the first music video in history a success? Spoiler alert: the duo sold over two million copies of the song’s music sheet afterward.

This breakthrough opened up a fresh avenue for creativity. It meant an ocean of new ideas for music videos from sensible to downright weird—there’s no visible limit to it.

That probably explains why the first video on MTV was kind of wacko. Since you can get to choose any concept in the universe, why be boring?

There’ve been music videos way before MTV was launched, and a bunch of them had little to zero context, but were entertaining, nonetheless.

When you give visionaries the opportunity to go all-out, you can expect an ingenious, unconventional result. As long as they’re not promoting violence or negativity, appreciate and enjoy these crazy music videos.

So, anytime someone asks, “Why are music videos so weird?” remind them that the earliest ones weren’t so rational either. It’s better, in this case, to say, “Let them be weird”.