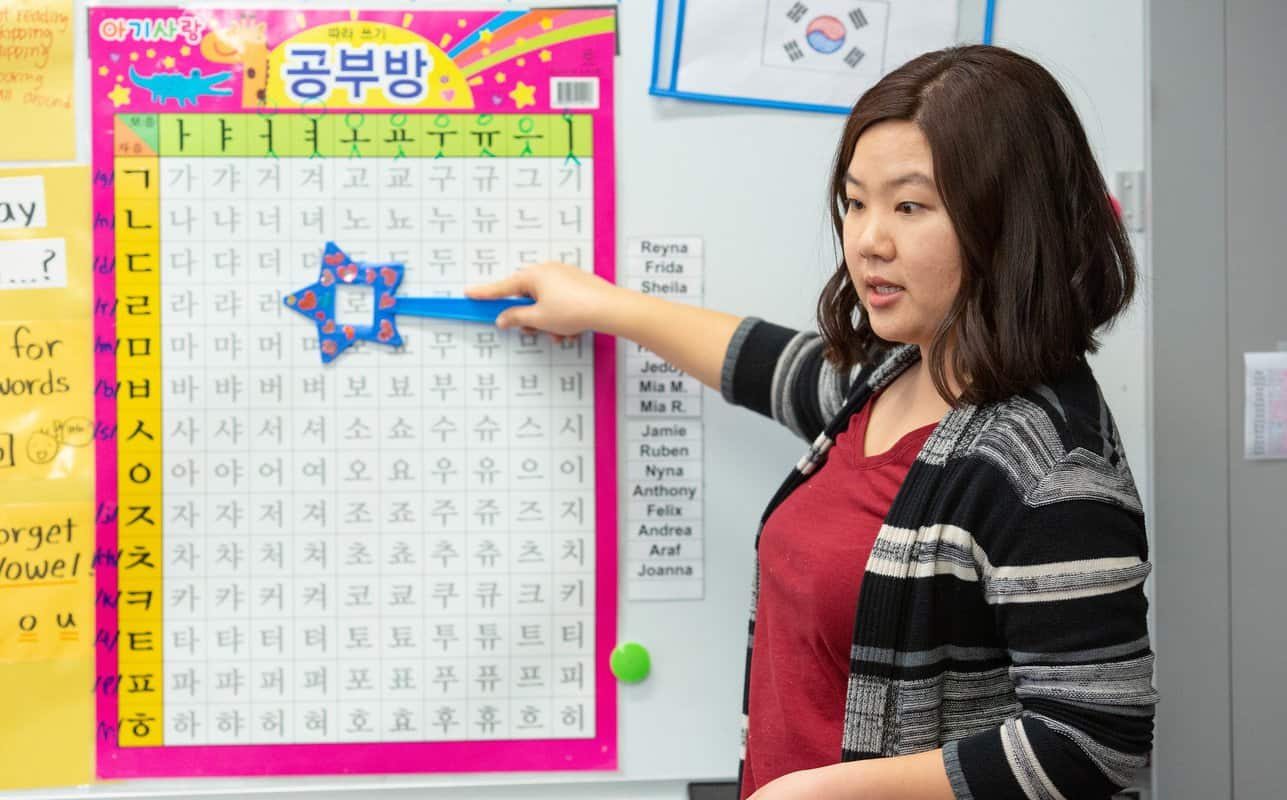 There is perhaps no better way to gain a deep understanding of a culture than to learn its language. But learning a language can be a challenge and some are more difficult to learn than others.

One such language is Korean, especially for native English speakers. Learning Korean is difficult even for the most well-rounded people and here are 11 reasons why.

Why Is Korean So Hard To Learn?

One of the most challenging aspects of learning Korean is getting the pronunciations right. This can be particularly difficult for English speakers with no prior exposure to other Asian languages like Chinese.

Even though Korean is not a tonal language (i.e., the meanings of words do not change with different tones or inflections), the proper pronunciation of words is nevertheless crucial to being understood.

Certain Korean letter groupings and syllable combinations can be especially troublesome for people who are naturally slow at learning new languages.

In English and many other languages, the basic sentence structure is subject-verb-object. For instance, the sentence “John drives the car” follows this format.

Korean, however, turns things around a bit and uses a sentence structure that goes subject-object-verb. This can be a very difficult convention for new learners to accept and get used to.

Thus, the same sentence that was used in the first example would be “John the car drives“ in Korean, which would seem backward and illogical to non-Korean speakers.

Using verbs correctly can be a tricky aspect of learning any language, but in the case of Korean, the level of difficulty is elevated by the different endings that can be affixed to verbs depending on their usage.

Further complicating things is the fact that specific verb endings must be used depending on the level of speech formality that is involved (more on this later).

Which is all to say that whether they are communicating an action, a state of being or an occurrence, verbs in the Korean language are a big part of the reason that this language is so hard to learn.

Read More:  Why Is North Korea So Strict? (9 Reasons Why)

One of the most difficult things that beginners must deal with when learning Korean is getting familiar with the many levels of formality that this language requires.

Korean is an honorific society, meaning that culturally speaking, respect and honor is given to those in certain positions or under particular circumstances.

For instance, people older than the speaker, those in positions of authority, or superiors at work, are all spoken to in a manner that demonstrates respect and deference.

It is said that there are no less than seven degrees of formality in the Korean language. From the least formal to the most, they are:

Thus, not only is Korean a difficult language to learn, but it is imperative that those who aspire to master Korean also understand the culture that so heavily influences the way it is spoken.

For native English speakers, using conjunctions to link sentences, phrases, or thoughts, is second nature and can be done without giving it very much thought.

But learning how to use connectors in a new language can be a difficult process and in the case of Korean, figuring out how to use the multitude of conjunctions requires great patience and commitment.

While there are not too many conjunctions to learn in Korean, each one can be used in different ways and some of the variations are subtle and nuanced. 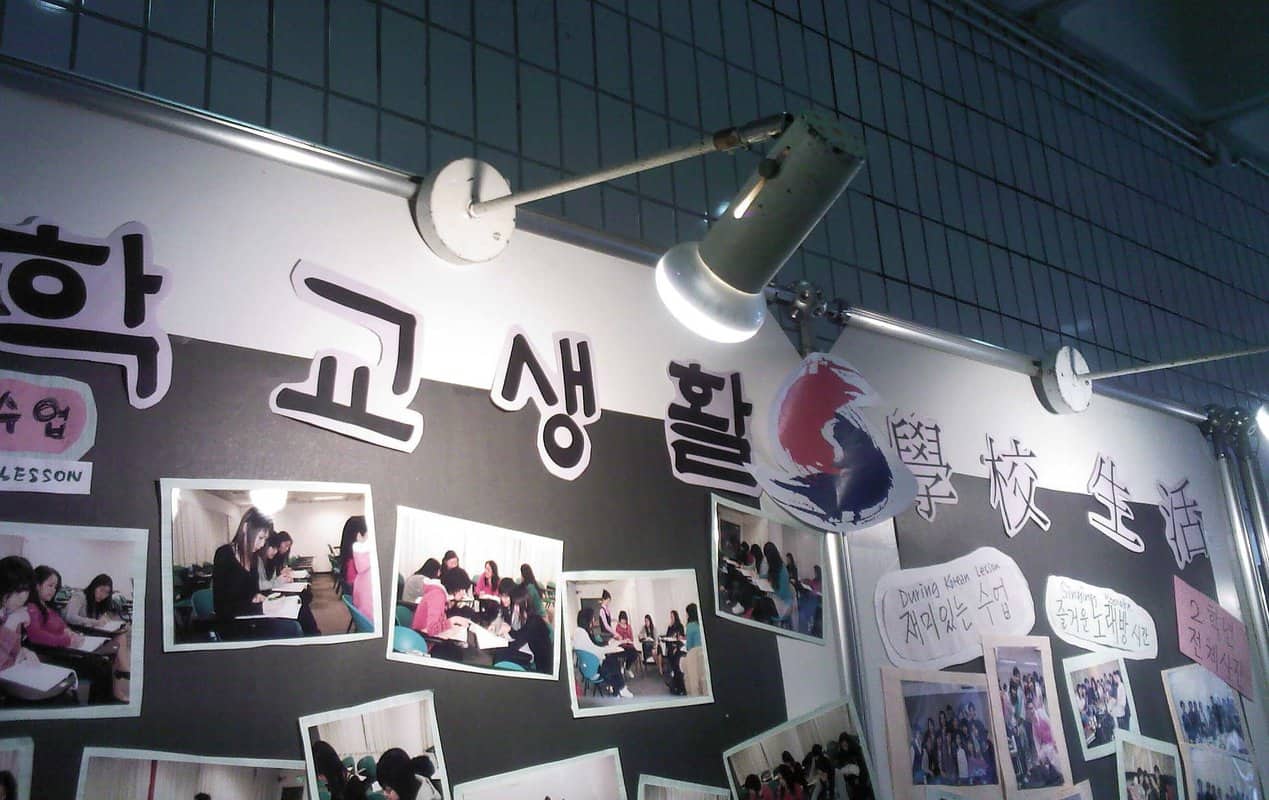 Building up a sufficient vocabulary base to carry out meaningful (and understandable) conversations is one of the most difficult aspects of learning Korean.

While there are some commonly used loan words from English that are fairly straightforward to learn, these make up but a small percentage of a proficient speaker’s vocabulary.

There are no shortcuts to building up a knowledge base of Korean vocabulary words. Diligent study and practice are the keys to successfully learning this difficult language.

7. Korean Is A Category IV Language

According to the U.S. Department of State’s Foreign Service Institute (FSI), Korean ranks among the most difficult languages for native English speakers to learn, along with Chinese, Japanese, and Arabic.

In fact, Korean has been designated as a Category IV language, meaning that the FSI considers it to be exceptionally difficult to learn.

As a Category IV language, the FSI estimates that the average language student would need 88 weeks, or the equivalent of 2,200 class hours, in order to become proficient in Korean.

What this means is that to gain “Professional Working Proficiency” (both reading and speaking) in Korean, a person would need to dedicate in excess of 3 hours a day for over a year and a half.

As if the multiple levels of speech formality and quirky sentence structure were not enough, Korean is difficult to learn for most people because it uses adjectives in a verb-like manner.

Instead of using adjectives to simply describe something and convey its attributes or characteristics, the Korean language gives adjectives an active posture and uses them to create a state of being.

9. Words Can Be Very Long

For students of the Korean language, building a sufficient vocabulary to become conversational can be a long and arduous process.

Making things more challenging is the fact that Korean words can get quite long, extending for five or six syllables, or even longer in some cases.

Factor in the multiple speech levels for varying levels of formality and things can get quite complicated in a hurry for people trying to learn this difficult language.

Read More:  Why Are Public Schools So Bad? (11 Reasons Why)

A common practice among native Korean speakers is leaving out pronouns and names when they are speaking about someone.

Oftentimes, the only cue as to the subject of a comment or remark is a nod or glance in someone’s direction to know who the speaker is referring to or talking about.

This linguistic idiosyncrasy can be very confusing for new learners and is a difficult nuance to pick up on and this is yet another factor that makes Korean so hard to learn.

To make matters even more challenging for non-native speakers, the Korean that is taught in the majority of language courses falls within the semi-formal to formal range of honorific speech.

But the Korean that is spoken in most everyday situations is not only less polite and formal, but it also involves the use of many colloquialisms that simply are not normally taught in teaching materials.

As a result, beginners may have a difficult time understanding native Korean speakers and since-versa, which not only makes for awkward conversations but can be downright discouraging for a new learner.

In recent years, Korean culture has been on prominent display with the rise in popularity of K-Pop and Korean dramas. As a result, many fans are wondering how difficult it might be to learn Korean.

Korean is a difficult language to learn and there is no way around this fact. However, by learning certain rules about sentence structure and varying levels of formality, it can be done – it just will not be easy.

Why Is Pablo Picasso Famous? (13 Reasons Why)