Why Is Lord Of The Flies Banned? (9 Reasons Why) 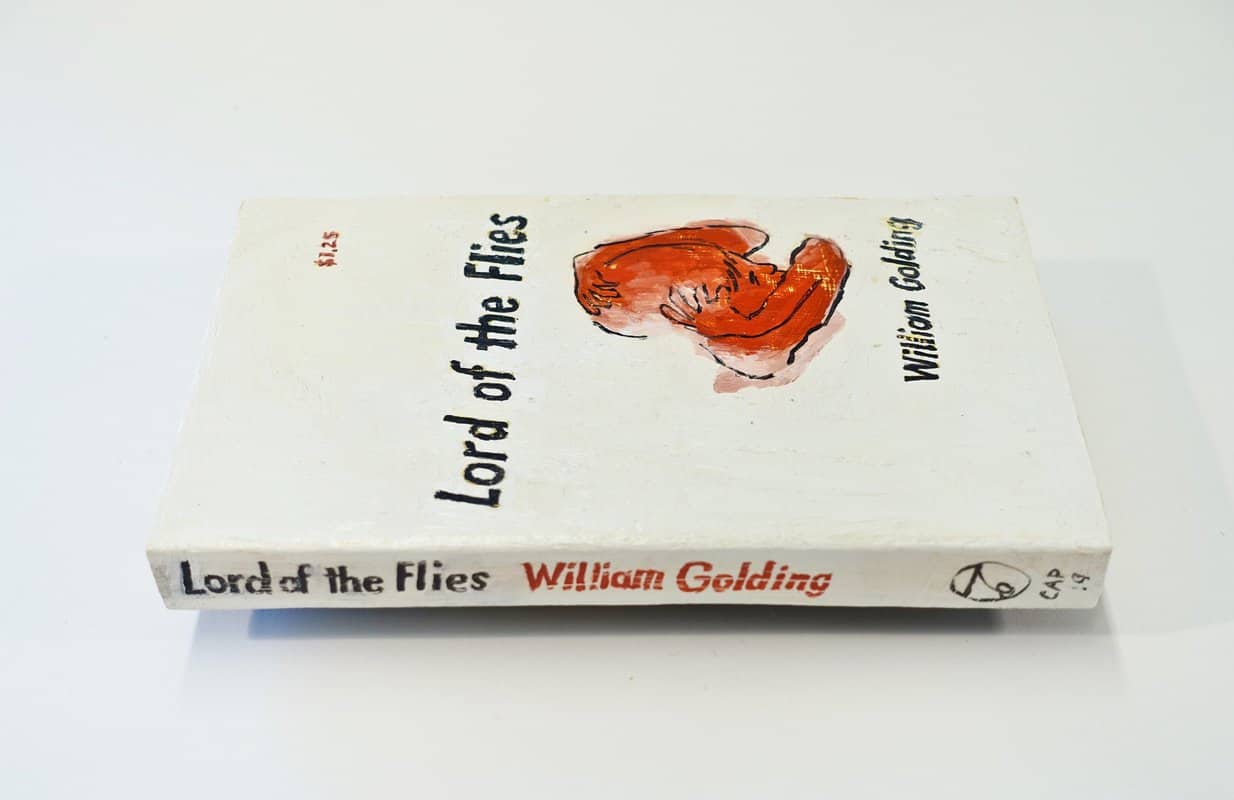 When I first read Lord of the Flies, I was in third grade—around the age of nine or so.

At the time, I didn’t really understand why it was so controversial. Sure, it was violent at times, but not so much that it gave me terrible nightmares or anything of that sort. It had made me wonder: why is Lord of the Flies banned, anyway? As a child, it didn’t make sense to me.

I’ve recently reread the book for old times’ sake. I’ve forgotten most of the plot, so rereading Lord of the Flies was almost like a brand-new experience.

And boy, it was much more descriptive and disturbing than I remembered. I applaud nine-year-old me for finishing the book without a single thought in her head because adult me had many!

To answer the question little-me had asked herself all those years ago, here are the top reasons why Lord of the Flies was banned—and rightfully so.

Why Is Lord Of The Flies Banned?

For those who’ve yet to read the book, allow me to give you a quick refresher.

In the book, a group of schoolboys finds themselves stranded on a lost island after having survived a plane crash.

The adults died during the crash and, without an authoritative figure to guide them, the boys were forced to develop their own rules and systems to survive. This didn’t pan out very well, as the children eventually become violent and brutal towards each other.

The book went from a hopeful together-we-stand-united into a savage survival-of-the-fittest tale. The boys would brutalize, hunt, and eventually kill some of their own in the name of “survival.”

Lord of the Flies has been modified countless times since its release. I’ve read the edited version as a kid and the original version as an adult—or, at least, the closest thing to the original I can find.

The original version used a lot of unsavory and downright racist terms when referring to indigenous and Black people. I won’t mention the terms used here, but it’s certainly bad enough to warrant a complete edit of the book a few years after its release.

I’m not a stranger to descriptive violence in novels, but Lord of the Flies took violence to a different level.

Don’t get me wrong; I didn’t find it disgusting or excessively gory. Instead, I found it strangely sad. Other readers, however, look at it as it is: a dreadfully violent book involving children as young as 13.

The book revolves around one major theme: human nature is violent and redemption is rarely an option.

The book ended with this gut-wrenching line: “Ralph wept for the end of innocence, the darkness of man’s heart, and the fall through the air of the true, wise friend called Piggy.” Piggy, unfortunately, was one of the boys killed in the book.

Lord of the Flies denigrated indigenous people time and time again throughout the book, using them to describe the schoolboys’ descent into madness.

The boys painted their faces, hunted with spears, and did strange rituals with a pig’s head—acts that describe the “savagery” of indigenous people.

Read More:  Why Does School Exist? (11 Reasons Why)

These are typical racist depictions of indigenous people in the 50s when Lord of the Flies was first released. The British schoolboys went from being civilized to bloodthirsty, primitive, and destructive like—according to Goldberg—bestial natives.

This line says it all: “Which is better—to be a pack of painted Indians like you are, or to be sensible like Ralph is?” Not only is this offensive, but it also contributes to the wrong stereotype of today’s indigenous people. 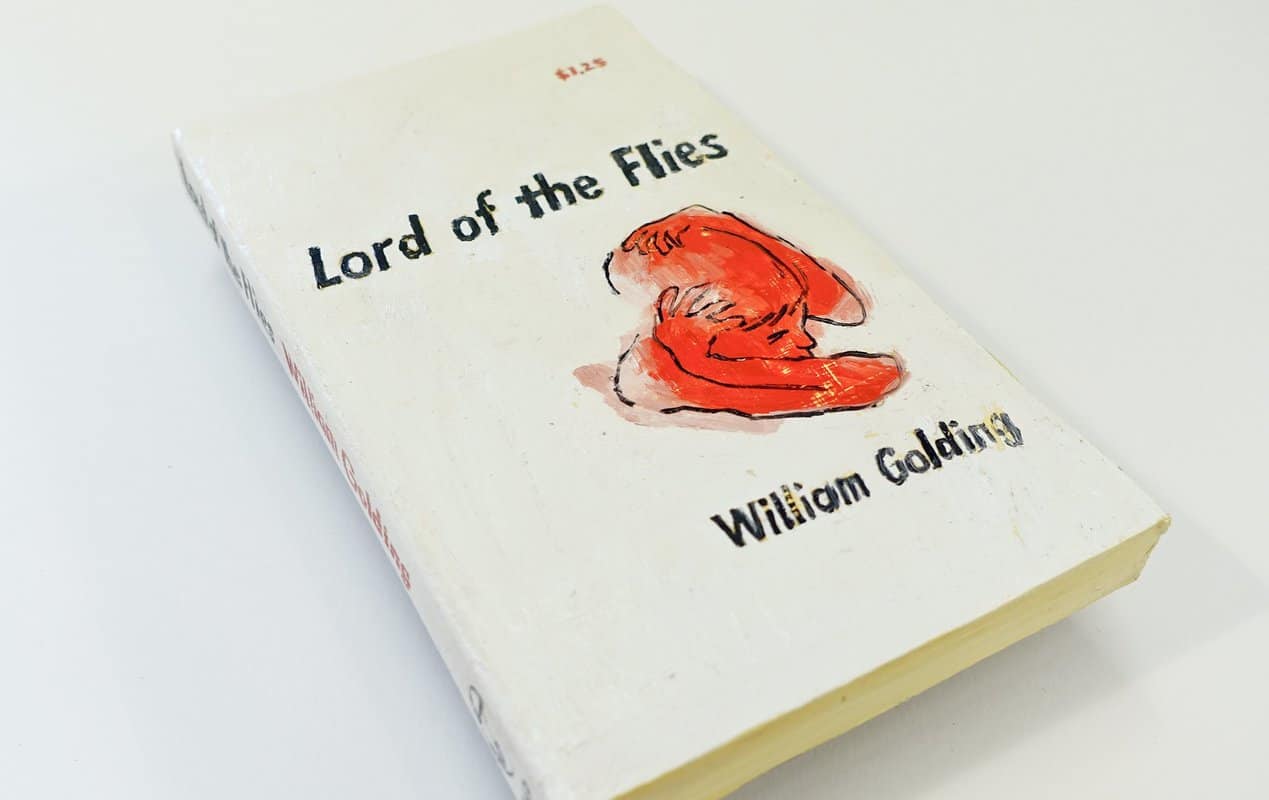 Lord of the Flies depicts many instances of animal cruelty, not only in the book but also in the movie adaptations.

The most notable instance of animal cruelty is the slaughter of the pig and later using it as a symbol of the beast, which represents evil.

In the movie, no pigs were harmed. However, a pufferfish was killed on camera. This is enough of an instance of animal cruelty that caused the movie to be banned.

Lord of the Flies is extremely fatphobic—and it’s open about it. There are a few instances of body shaming, name-calling, and general fatphobia.

Several descriptions of Piggy make me uncomfortable. He was described as plump, ugly, and weak because of his weight. Throughout the book, he was referred to as “the fat boy” until his name was changed to “Piggy.”

We don’t even get to know his real name—not even when he died!

Bullying is expected when a bunch of lost, scared kids are stranded on an island.

Unfortunately, the bullying persists throughout the book—and it’s often targeted towards several children; the “weak” and “cowardly” ones in particular.

Read More:  Why Do Teachers Get Paid So Little? (11 Reasons Why)

With the addition of fatphobia, animal cruelty, and racist descriptions, bullying just tops the cake. It becomes yet another reason why the book is banned in most countries, including some parts of the US.

Apart from the unnamed pilot and unnamed male parachutist that died in the crash, three boys have lost their lives during their stay on the uninhabited island.

The first one, the unnamed kid with the birthmark, was burned to death. The second, Simon, was stabbed repeatedly. The third, Piggy, was pushed off a 40-foot cliff.

As we’ve seen time and time again, the disparity in religion is enough to get a book banned.

This rings true with Lord of the Flies, too. The book contains dozens of biblical references that some believed offensive and harmful to children.

The title “Lord of the Flies” is the most obvious, as it references Beelzebub—a demon of gluttony, one of the seven deadly sins.

Looking at the list of reasons in this article, it becomes clear why Lord of the Flies is the eighth-most frequently banned book in the US.

It contains a bingo of taboo topics that aren’t suited for young audiences, such as descriptive violence, animal cruelty, human cruelty, and racial profanities.

Why Is Lululemon So Expensive? (13 Reasons Why)