Why Is Japanese So Hard To Learn? (11 Reasons Why) 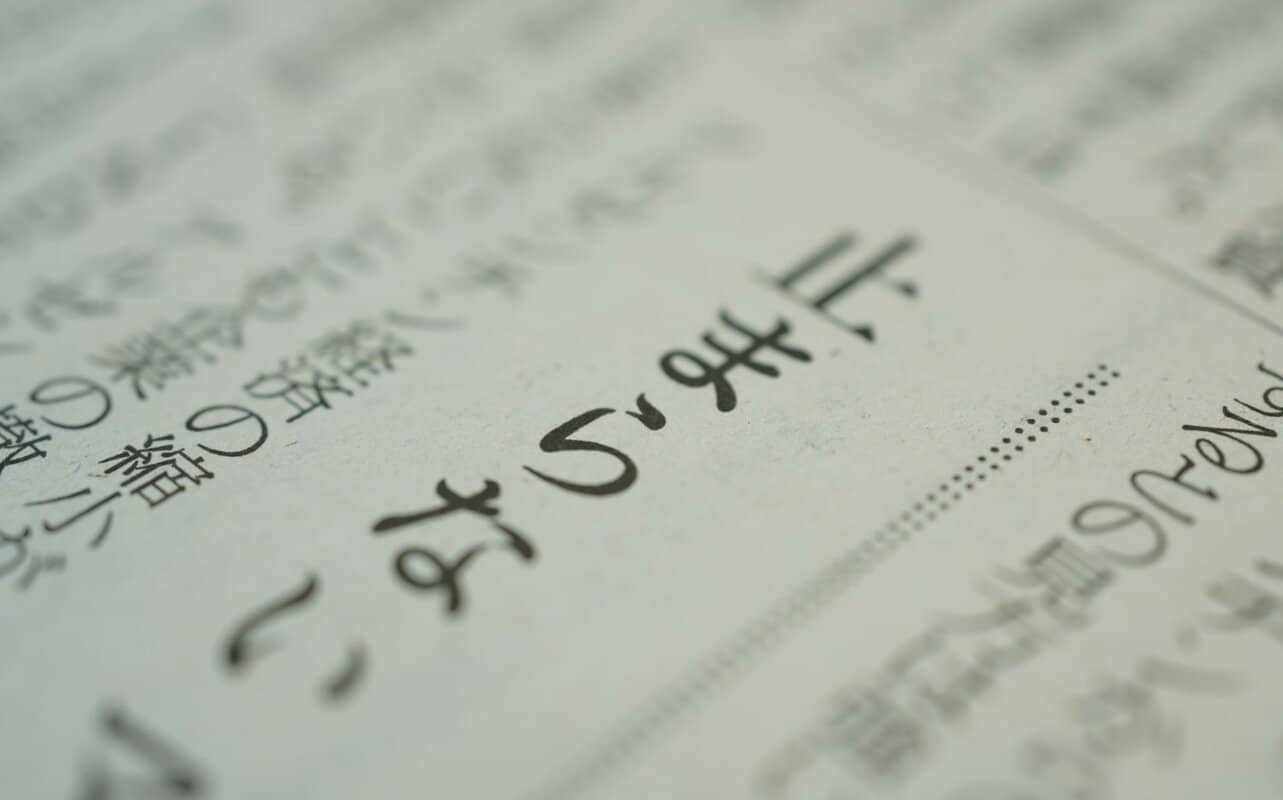 With an estimated 2.9 million residents originally from other nations, Japan is a cosmopolitan country that draws people from all over the globe to live and work there.

But there are many challenges to adapting to life in Japan not the least of which is learning its difficult language. Here are 11 reasons why Japanese is so hard to learn.

Why Is Japanese So Hard To Learn?

1. There Are Three Writing Systems

One challenging aspect of learning Japanese is becoming proficient at reading and writing this language. Unlike most languages which have a single writing system, Japanese utilizes three of them.

Two of the writing systems, Hiragana and Katakana, are collections of phonetic characters that represent syllables. In other words, each symbol corresponds to a particular sound.

Both are generally easier to learn and taught to children starting at a young age. But for a foreigner who is learning Japanese as a second language, even Hiragana and Katakana can take some getting used to.

Making things really difficult, however, is the third type of Japanese writing system, known as Kanji. This system comprises thousands of characters and each has a unique meaning.

Most Kanji originates from Chinese characters while some are Japanese in origin. There are over 50,000 Kanji characters in total and at least 2,000 of them need to be known for a minimal level of literacy.

This circumstance alone makes learning Japanese difficult for native English speakers and unfortunately, the only way to learn Kanji is through straight memorization.

2. Japanese Is An Honorific Language

Honor is an extremely important virtue to the Japanese people. Japan’s culture is one where great respect is shown to people of certain social, professional, and cultural stature.

Typically, this comes into play when younger people speak to their elders or in situations where subordinates interact with their superiors, such as in a workplace or similar settings.

These values are interwoven into the Japanese language, which has complex verb endings and vocabulary reserved for honorific conversations.

For most beginners, learning Japanese is not just about studying a new language but also becoming familiar with a different culture with unfamiliar beliefs and customs.

Read More:  Why Is North Korea So Strict? (9 Reasons Why)

In many cultures, people are expected to speak in a certain manner when engaging with someone in a professional or business context.

This is particularly true in Japan, where the business world has its own culture and language. There are three levels of Keigo, the manner in which business professionals deal with each other:

As if learning Japanese was not challenging enough, not using the correct form of business Japanese can lead to embarrassing moments or possibly worse.

Native English speakers are used to reading and writing from left to right, with most texts laid out horizontally and progressing from top to bottom.

Japanese can also be configured this way and when characters appear in horizontal rows, they are indeed read and written from left to right and top to bottom.

However, Japanese is often configured in vertical columns as well and in such cases, the direction is top to bottom and right to left.

While native English speakers can eventually adapt to this, it does take some getting used to and adds yet another wrinkle to the process of learning Japanese.

A common source of frustration for new learners of Japanese is the way that so much of even a basic conversation has to be understood based on context.

This is because the Japanese frequently omit the subject in their sentences, relying instead on a subtle nod, a shift of the eyes, or hand gestures, to indicate what or whom they are talking about.

Another speech convention used by most Japanese is leaving their sentences short and leaving the listener to fill in the gaps and come to their own conclusions.

Read More:  Why Is Organic Chemistry So Hard? (9 Reasons Why)

For students still learning the Japanese language, these quirks can be a source of great confusion and even greater frustration. 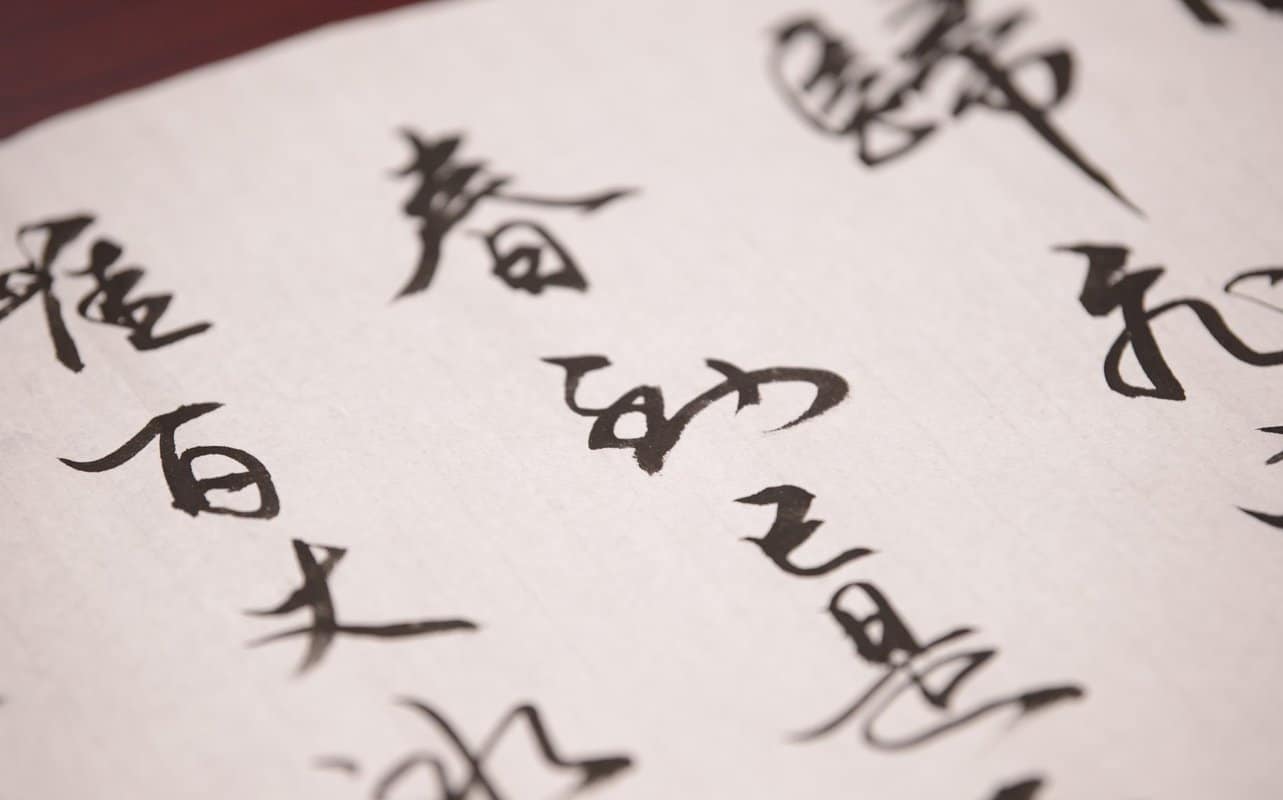 One of the first things to learn when studying a new language is the numbering system and how to count. In English and other commonly spoken languages, this is a fairly straightforward task.

But in Japanese, there are multiple numbering systems to learn (not to mention they are written differently in the three writing systems), depending on the context and the items being counted.

Thus, even a simple task like counting from one to ten or indicating the quantity of something can be a difficult assignment for someone just starting out in the study of Japanese.

7. Many Words Sound the Same

Another challenge encountered by new learners of Japanese is the multitude of homophones, words with different spellings and meanings but with the same pronunciation (e.g., “new” and “knew”).

Japanese, it seems, has more than its fair share of these words, and unfortunately for beginners, the only way to discern one from the other is by context or by examining the Kanji characters.

English speakers are accustomed to using a basic sentence structure of subject-verb-object, such as “John rides his bike”.

But in Japanese, the verb goes at the end of a sentence, resulting in a subject-object-verb structure. Thus the same sentence in Japanese would be “John his bike rides”.

Aside from sounding very Yoda-like, Japanese sentence structure can be very confusing for English speakers and it is a major reason why learning this language is so hard.

As if learning new vocabulary and understanding unfamiliar grammar rules were not difficult enough, Japanese is one of the fastest spoken languages in the world.

Watching Japanese television or even visiting a retail shop and conversing with the store clerk can be a whirlwind of words and phrases blowing by at a lightning pace.

For a person just learning Japanese, the speed at which it is commonly spoken can be a dizzying (and frustrating) experience.

Read More:  Why Is Science So Boring? (11 Reasons Why)

10. Dialects Can Be Tricky

Like many nations around the world, Japan is composed of different regions and sub-regions and aside from the cultural variations that exist there, each also has its own unique dialect.

Standard Japanese is the version most commonly spoken throughout Japan, particularly around Tokyo, but common variants include the Kansai, Nagoya, Hakata, and Hokkaido bens (Japanese for dialect).

These dialects can make learning the Japanese language that much harder, as simply by traveling from one part of Japan to another, words can sound different and speech conventions can change.

11. Japanese Is A “Super-Hard” Language

Japanese is widely perceived by native English speakers as a difficult language to learn, and even the U.S. government agrees with this assessment.

According to the U.S. Department of State’s Foreign Service Institute (FSI), Japanese is a Category IV “super-hard” language to learn.

What this means is that in order to become fairly proficient in Japanese, the typical student would need to devote:

There are only 5 languages in the world that the FSI considers to be Category IV and the fact that Japanese is one of them demonstrates that it is indeed one of the most difficult languages to learn.

To learn more, you can also read our posts on why Chinese is so hard to learn, why homework is so boring, and why studying is so boring.

Japanese is one of the most difficult languages in the world for English speakers to learn. From studying its three writing systems to figuring out sentence structure, learning Japanese is truly challenging.

But as with so many life endeavors, the reward of learning Japanese is not only to be enjoyed upon arriving at the destination but also in appreciating the journey along the way.

Why Is Megan Fox So Famous? (11 Reasons Why)