Musicians have had long hair from classical times to the current times. It’s not something people usually think about, but you may wonder why so many have long hair.

Now, if you’re curious as to why so many musicians choose to have long hair, I’ve got you covered!

Why Do Musicians Have Long Hair?

Mozart wore a long wig and Beethoven had let his hair grow freely. Those wigs are called powder wigs and were a sign that someone had power and status.

So, if you were wearing one of those long wigs, you were seen as upper/high society.

It was also a sign of someone being an intellectual. Through the ages, the long hair has stuck around.

Even if some people think it’s bad, there is no denying that the music industry absolutely loves long-haired musicians.

Rock, punk, and metal are where you find a lot of musicians with lengthy hair. So, it makes sense that these genres would be full of people with long hair.

These genres have a significant history of rebelling against society.

They have always been a beacon for people that don’t fit in with the “normal” crowd, so it makes sense that their looks would reflect that rebellious nature.

Pearl clutchers will see the people from these bands and be absolutely horrified, or call them devil worshipers or some other outrageous thing.

In the end though, no matter what people say, rockers have an “I don’t care” type of attitude. This goes for their outfits, piercings, tattoos, and of course, the hair.

This may seem similar to the last point. However, that is more in line with their physical appearances. This one has to do with the everyday stuff.

Read More:  Why Do Guitar Strings Break? (9 Reasons Why)

How many musicians have grown up being told music is a waste of time or they’ll never make it? A staggering amount.

You are expected to go to college and get a plain boring job and live a plain boring life. The white picket fence and family aren’t for everyone though.

Musicians have been fighting against the status quo to carve out a life that makes them happy. Not what society expects of them.

Sure, some end up living that average life, but many of them will fight like hell to live the life they want.

People should live more like them. Always strive to make life perfect for you. Following society’s expectations is just going to wear you down.

Of course, you can’t forget headbanging. Obviously, you can still do it when you have short hair. However, the way long hair looks is just very appealing.

Honestly, it’s become common to see crowds at metal concerts all headbanging with very long hair. It’s very cool to see if you haven’t before.

5. Important To Their Identity 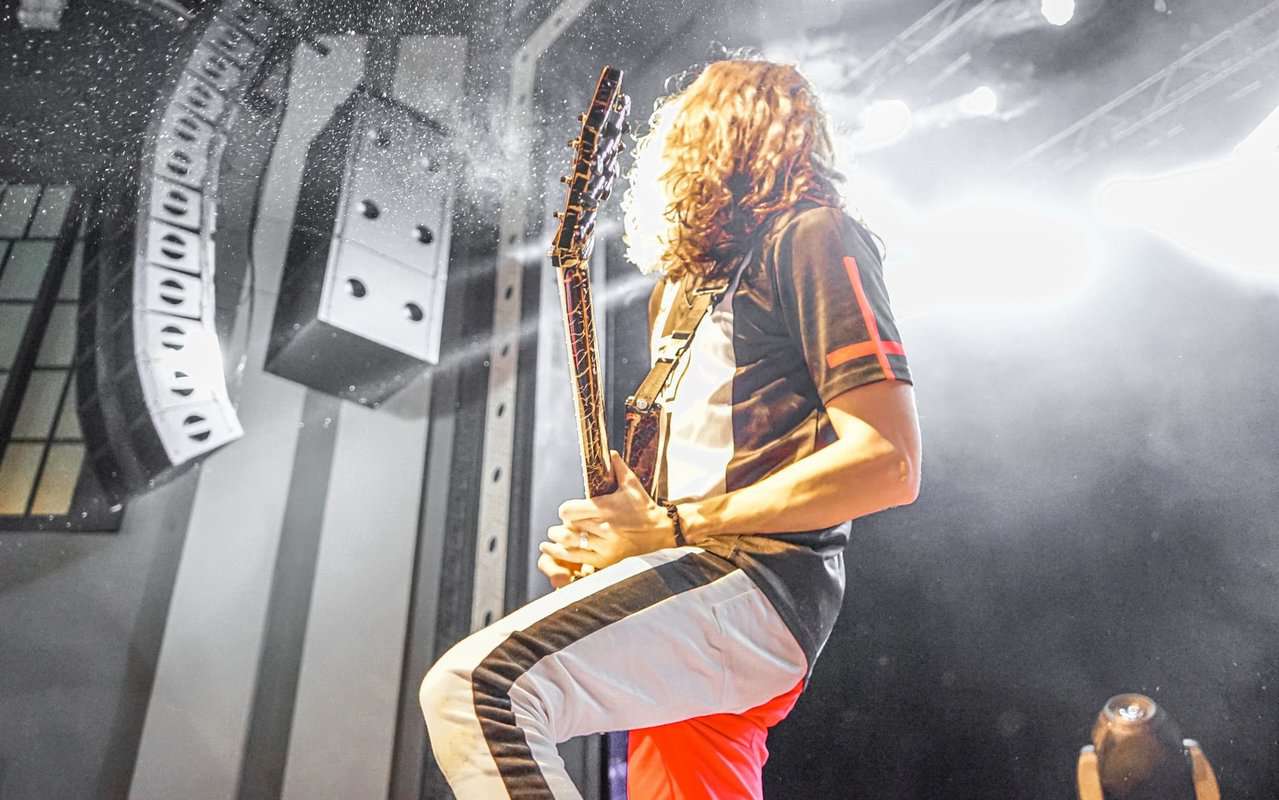 If you look at a lot of these bands, they are fully tatted with piercings and signature long hair. While it may seem silly, their hair has become a part of their identity.

It may be hard for the average person to understand why hair is so important. Hair is something that can make you stand out, and make you recognizable, especially in the music world.

Read More:  Why Is Jazz So Unpopular? (9 Reasons Why)

There are some musicians who have had their hair become iconic and recognizable by just about anyone that was even remotely into their genre of music.

This is obviously a subjective point, but there are lots of women that absolutely love men with long hair. Combine that with being a musician and women will be into that.

There is something that is alluring about the bad boy musician trope that attracts people to them. Perhaps it’s the bad boy vibes or that rebellious nature.

Whatever the case is, there is no denying that long-haired musicians definitely aren’t missing out on any attention.

Honestly, musicians like that can attract the same and opposite sex. It just depends on someone’s personal preferences, but there are a lot of people into long-haired musicians.

The metal community is a great example of how a community has formed around a style and genre. A lot of dark clothes and long hair.

People may say they are just conforming to how they should be, but that’s not true. There is something nice about feeling like you belong to a group.

Most metalheads just like the style. However, it’s not strictly black clothes and brooding. You end up with people that like to wear bright fun clothes but can headbang with the rest of them.

On the surface, they may all have similar outer appearances, but they are people and there is so much more to the community than simply looking similar.

This point may seem to counter a couple of earlier ones regarding societal expectations. However, this pressure can come from being labeled an outsider or some other insult.

Read More:  Why Are Gibson Guitars So Expensive? (11 Reasons Why)

When everyone expects you to look a certain way because you’re a musician, it’s sometimes hard to fight the stereotypes. They may feel pressured to the point of changing their looks.

Just because you are in a band, doesn’t mean you need to look how people expect you to look. Feel free to be yourself and make your own style!

This is an interesting one. If you look back through history, warriors and other authoritative people have had long hair. Many people feel more powerful with long flowing locks.

To an extent, many people also feel that way. Take Jason Mamoa for example. Tons of people would take anything he said as an absolute truth, regardless if it was or not.

More research probably needs to be done on the subject, but there is no denying that the long-haired look definitely sparks something.

To learn more, you can also read our posts on why musicians wear an earpiece, why musicians smash their instruments, and why rock music is so good.

As you can see, there are quite a few reasons why musicians may choose to have long hair. From societal reasons to personal style choices.

However, one thing is clear, long hair is still in and it’s likely going to remain a prominent feature in the musically inclined community.

Why Are Customers So Rude? (11 Reasons Why)