Why Do People Get Tattoos? (15 Reasons Why) 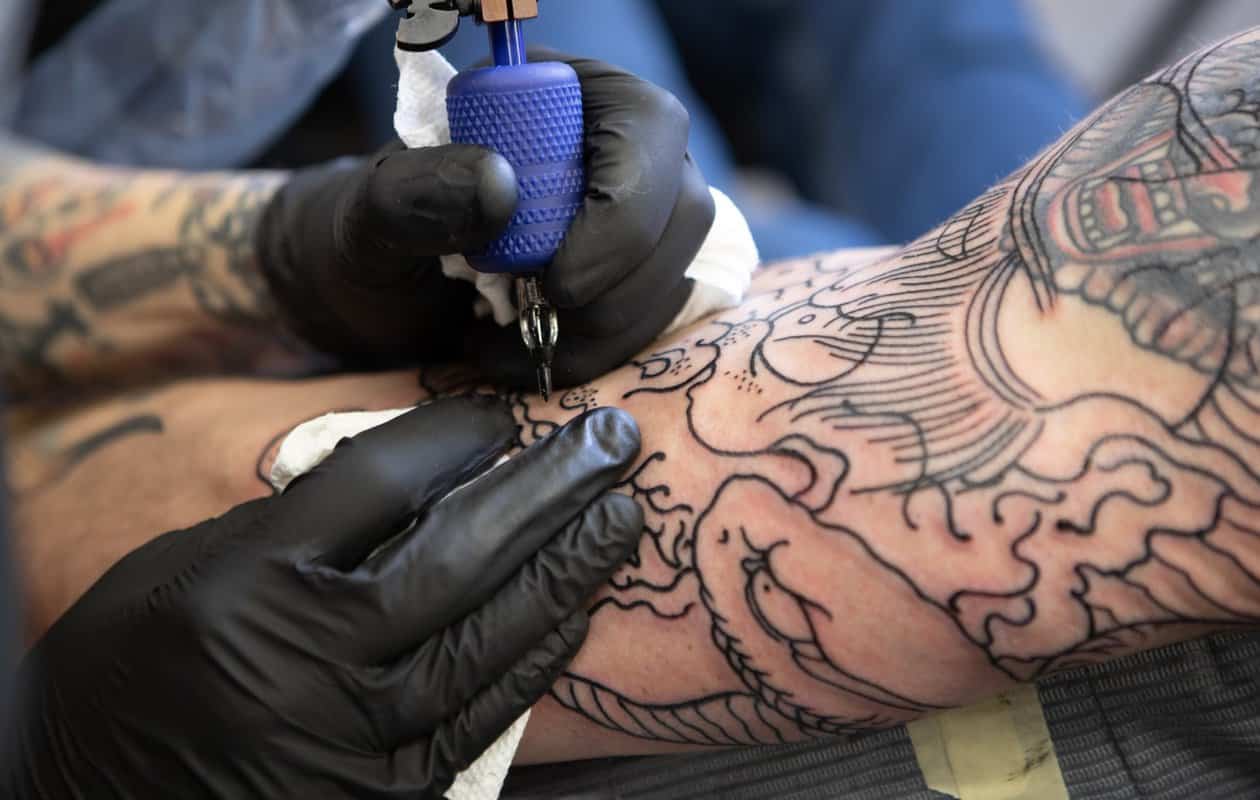 Have you ever had the want to get a tattoo? No. Don’t like them? Well, do you ever wonder why, while walking out and about, other people decide to get tattoos on their bodies?

Well, believe it or not, there is a multitude of reasons why people decide to get tattoos. I found fifteen reasons behind this question, so let’s look at them now.

Why Do People Get Tattoos?

People see tattoos as a form of self-expression, or a better word for it, art. Their bodies are canvases, and the permanently tattooed tattoos on them are the art.

The best part about tattoos and using your body as a form of an art display is that the tattoos do not have to be consistent in terms of the theme, but they also can be.

Usually, when people decide to get tattoos over time, the intent is to be expressive, but consistency is usually not the goal.

What makes tattoos artful is that they have different, memorable stories, which is the beauty of art.

So, if you have a hard time expressing yourself verbally or emotionally, you’ll have your tattoos to rely on and as a way to be great conversation starters.

2. Tribute To Loved One

A lot of times, a tattoo can be used as a way to give tribute to a loved one as a way of keeping them in their memories.

Tattoos are permanent, so tattooing a loved one’s birthday or death year is a great way to keep their memories alive and to have something to look back on.

On many occasions, you’ll have likely seen a friend, family, or someone randomly display a tattoo of the name of their child or spouse.

This is so not only can everyone see how much that person means to them, but show the person that they got the tattoo for how much they mean to them, too.

While tattoos, for some, may seem demeaning and tacky, they are a part of other cultures. Dating back to Egyptian times, tattoos were a symbol of healing.

In American culture, tattoos were a big no-no for a long time, but in countries like Japan and India, religions such as Buddhism embrace tattoos for cultural reasons.

Getting a tattoo was likely not the intention or for a while, but they could’ve gotten one as a moment of impulse. This can be due to a drunken night out or under any other sort of substance.

Usually, those who decide to get a tattoo off impulse will likely regret it right after they get it or further down the line because of how unthought-out it was.

However, getting a tattoo at the spur of the moment doesn’t have to become a regret and, instead, something that the person can embrace and become confident in and wants to show off.

Getting a tattoo can be a form of rebellion. Tattoos, before now, were often criticized and looked at as tacky and not to be taken seriously in the workplace.

Among this, there is a judgment among those who are religious. Highly religious people often opt not to judge those who mark their bodies because they feel it goes against their religion.

However, some are in circles of judgment or highly religious people who do not have the same morals and values as those around them.

So, to avoid conforming and going along with the “norm,” they will likely go against those beliefs, and one of those “norms” includes getting a tattoo.

And, often, those who are told not to do or get something are prone to becoming more curious and want to experiment with getting or doing those things more to experience it.

This is often seen in couples or a group of friends. Matching tattoos have become popular over the years for various reasons, including bonding them together, and it makes them look unique.

Those who get matching tattoos sometimes decide to get them as not an impulsive decision, but it is well thought out and shares a conversation-worthy meaning behind them.

However, some impulsively decide to get matching tattoos. You can usually see this within couples whose relationship has become intense.

Usually, this impulsivity occurs in the honeymoon stage for the couples, but, for them, it is a sign of commitment to one another.

The objection to peer pressure is you, or someone you know, in a group or one-on-one, trying to influence you to do something you don’t want to do.

Tattoos have become more popular and mainstream, but it is essential to remember that they are still permanent on your body, so deciding what you want is wise.

At times, you, or someone else in the world, would have gotten a tattoo due to peer pressure from those around them due to enforcement or because everyone else has one but you.

This decision can usually fall under a “spur of the moment” deal because these tattoos are not traditionally thought through.

People are likely to regret not thinking through their decision and waiting later down the line, and that’s why it’s usually recommended to think it through as long as you want before deciding.

Because if you do regret it, then removing the tattoos can likely be just as painful as if you had gotten the tattoo(s) all over again the first time. 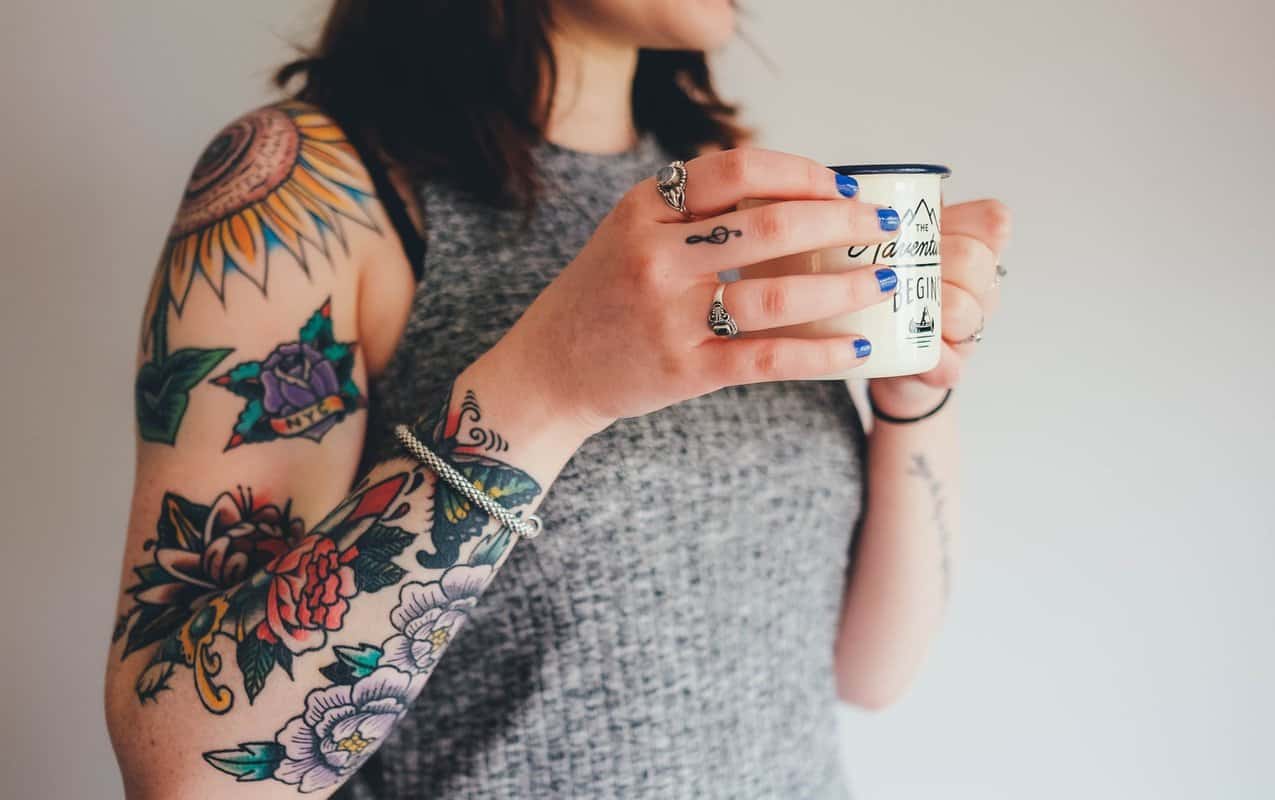 Mainstream media has influenced people’s perceptions of tattoos, and many people want to get them nowadays. But why? Well, the most crucial thing, times have changed.

With the world progressing forward, this includes an acceptance of things that were not once accepted but only judged before.

Yes, back in the 70s, 80s, and 90s, people were out and about with their tattoos, but there was still a lot of judgment behind them and the people who decided to get them.

With this pre-judgment came what is still relevant today: a mob mentality. Mob mentality caused so much judgment towards tattooed people over the decades but also caused progression.

Now, unlike back then, people can freely get a tattoo and display it at their workplace versus being subjected to hide and become ashamed of them for the sake of others’ comfort.

People now see that tattoos do not mean that a person is edgy or a rebel, but they can be the cuddliest person in the world and filled with dozens of tattoos all over their body.

Many people will use tattoos to come to terms with and accept their bodies and learn to love them.

We, as a society, have been taught to love our bodies for what they are and not change or modify them, but for some, especially women, it cannot be easy.

A large part of body image issues can come from those who have gained weight, either through their arms, legs, or wherever else, so by getting tattoos, they’ve realized to accept them over time.

A person’s body, as noted before, can be looked at as their canvas, and the tattoos are the art pieces.

By appreciating the art pieces, the person will learn to love and accept their body and its perfect imperfections.

Being under the influence of drugs and alcohol can, firstly, affect your judgment skills. This may fall under a “spur of the moment” ordeal.

Although some people have gotten tattoos under the influence, it is certainly not recommended. For example, getting a tattoo while drunk has more risks than benefits, including thinned blood.

When under the influence of alcohol, a person’s blood thins which could cause them to bleed excessively while getting a tattoo.

So, bear with me here and hear me out. Studies have found that people who cheat are likely to have an affair with those with tattoos.

This sounds odd, but it isn’t. The tattoos create uniqueness within the person that excites the cheater. They feel newer and fresher than they had in their relationships.

It makes the sexual aspect of the relationship more fun and adventurous and has a pre-conceived judgment that the person tattooed isn’t the commitment type.

On the one hand, this isn’t a correct judgment and overgeneralizes those who have tattoos, but on the other hand, they do have a point because that other person is cheating along with them.

12. Because Of Their Parents Or Siblings

Depending on the nature of each relationship, people look up to their parents and siblings. They want to emulate them, walking, talking, and dressing like them.

So what better way to feel like that person is their parent or sibling than by getting a tattoo? Yes, this is a far stretch, but some look up to their family member enough to do this.

Yes, there is technically no such thing as a tattoo addiction, but people, like those addicted to substances or exercising, exhibit behaviors that haven’t had tattoos in a long time.

They’ll become too interested in tattoos and the designs and wonder when they can get their next one, so much so that it can mess with their day-to-day lives.

Unless there is a possible cause in harm to themselves or other people, it can be classified as an addiction, but if not, it is not an addiction but just a passion or interest in them.

People who get tattoos love the feeling of tattoo needles. They get a rush out of it. While the feel of a tattoo can be painful, the more effective your tattoo is, it can feel euphoric for others.

Endorphins are chemicals associated with releasing feelings of pain and stress and will happen during pleasurable moments such as sexual activities, getting tattoos, etc.

So while the pain of a tattoo may not feel comfortable, some enjoy the pain to where they find it pleasant and pleasurable because of their low tolerance and the endorphins being released.

Tattoos have been overgeneralized towards people that are seemingly intimidating and edgy. However, this is not the case. Although, there are people who want to seem intimidating.

There are varying reasons behind this strange phenomenon, i.e., self-esteem issues, to seem more exciting, to appear attractive, etc.

But, whether they’ve always wanted a tattoo or not, if it means that people will fear them, they’ll get it no matter how muscled, skinny, large, or small they look.

Tattoos from afar and up close are cool-looking, but they are not for everyone. If you do want to get a tattoo, then it is essential to weigh your pros and cons and know your reasoning behind it.

But, if you are in the mood to have a spur-of-the-moment tattoo, then know the consequences that can ensue when you wake up the following day, and you better hope you don’t regret it.

Why Is Music So Loud In Movies? (5 Reasons Why)