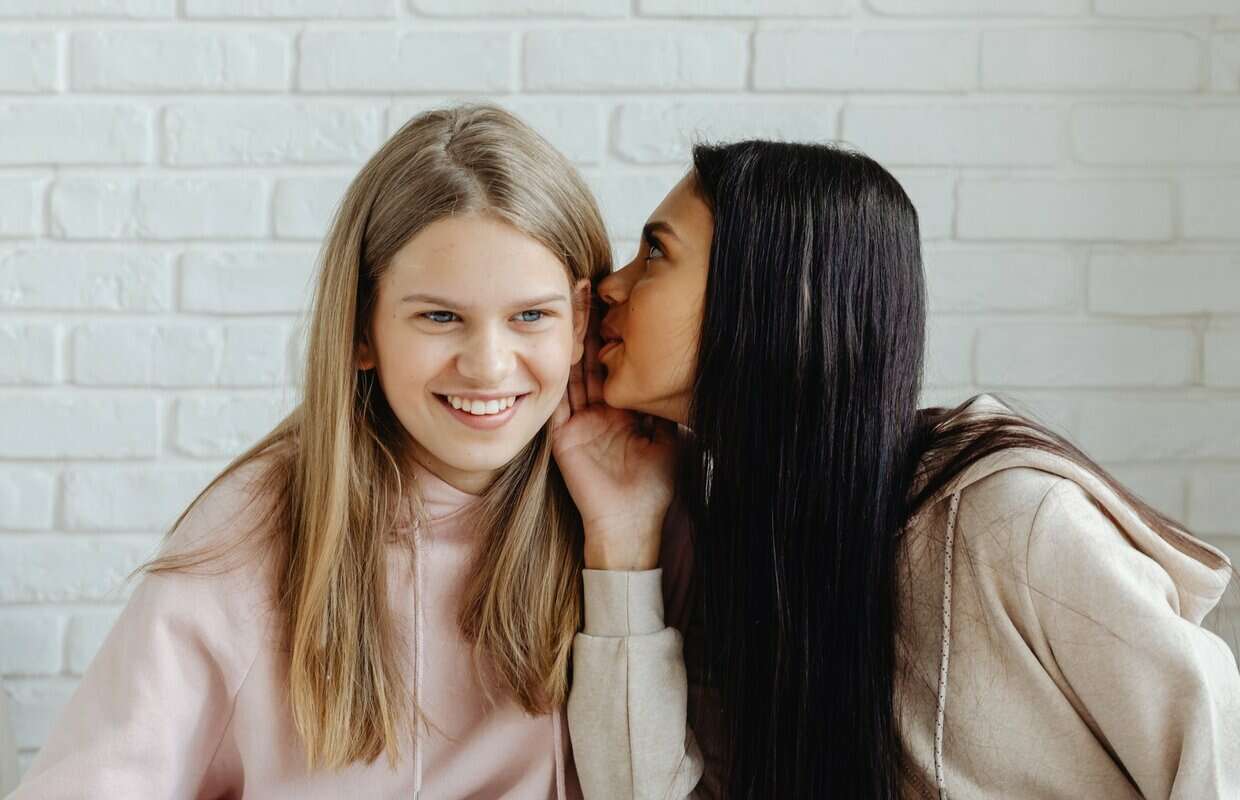 Whispering has a pretty bad rap, especially when done in the workplace or a school-type setting. It sets people up for feeling left out and talked about.

While you can’t control someone’s perception of your actions, you can understand how certain things are hurtful and avoid doing those types of things.

Why Is Whispering Rude?

1. Cuts People Out Of Conversations

Whispering while around more than one person leads to cutting the other people out of the conversation.

While you may simply be trying to be quiet, it makes others believe you don’t want them involved in your conversation, which can be hurtful.

If you need to whisper something, it’s usually so someone else can’t hear it. The best option is to wait until you are alone with the intended party to talk about whatever the topic is.

In the workplace and in schools, whispering is heavily associated with bullying that starts with rumors and picking on people.

Usually, the terrible things that are said about others are done through whispers and giggles so the person they are about can’t hear them.

Most of the time, these whispers are intended to be noticed by the person they are about but not heard so that others feel left out.

Even if your intentions are not to hurt or exclude someone, whispering in the workplace or in a school setting is not the best idea. You may be accused of something you haven’t tried to do.

If you’ve ever played the game telephone, you know that whispering isn’t the most effective form of communication when clarity matters.

If you’ve never played telephone, what happens is you start with a phrase on one end and whisper it to the next person. It’s passed down the line; by the end, it’s a different phrase.

Read More:  Why Do People Mock Others? (11 Reasons Why)

This isn’t intentional by anyone playing the game; it’s simply what happens when you whisper and mishear things. This also happens in real life and ends up hurting people deeply.

Whispering things to others may not mean they hear or understand the full context then if they tell anyone, it’s said differently and even heard differently than when you said it.

This can cause some hurtful and dangerous rumors, so it’s best not to whisper. You probably shouldn’t be saying it if you can’t say it out loud.

4. Makes Others Think You Are Talking About Them

Along with bullying, whispering makes others believe you are directly talking about them.

Whispering and looking around to make sure no one hears you lead anyone else around you to believe you are talking about them.

While you can’t control someone else’s perception of your actions, you can control your actions with the knowledge of what it’s usually perceived as.

Even if you don’t believe whispering is bad, knowing that someone else could be hurt or offended by your actions should be enough for you not to whisper.

Most of the time, whispering is also accompanied by covering your mouth while you talk so others can’t read your lips. This gives off big red flags that you are talking about someone.

If you have to whisper, do it without covering your mouth, so there is far less secrecy and questions about whether you are talking about someone.

Read More:  Why Is Being Late Rude? (9 Reasons Why)

5. Shows You Know Things Others Don’t 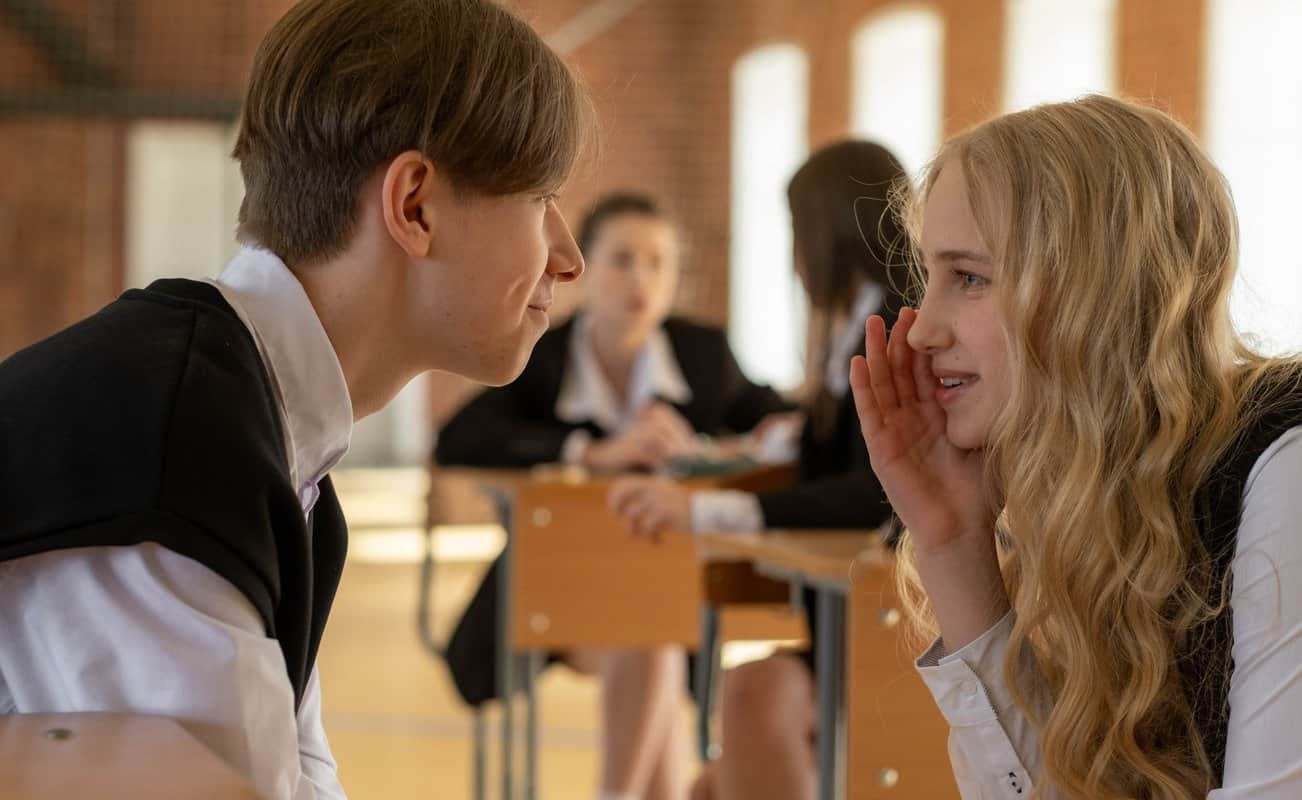 Whispering also shows everyone else that you know things others don’t. While this isn’t inherently bad, it’s frustrating when you whisper in front of everyone else.

If you know something no one else does, usually it’s for a good reason, and it’s best to keep it to yourself. If you must tell someone, it’s best to do it in private, not in public, and not through whispering.

Furthermore, whispering makes you look untrustworthy since it appears like you are telling secrets, starting rumors, or talking about people.

If your colleagues and peers don’t deem you trustworthy, it’s likely that you will eventually be cut out of the social circle and not included in many things.

When children see adults whispering, they believe it’s a fun and exciting thing to do, so most kids follow suit and start whispering as well.

While this also isn’t terribly bad, once kids get wind of a rumor or hear an adult talking about someone else, then you have a potential bullying issue.

Most kids aren’t bad or mean without some sort of nudge in that direction, and it often comes from adults around them who do the same thing.

So, if you are going to whisper, try not to do it around your kids so they can hopefully not start any bad habits that hurt others’ feelings.

Whispering is a great way to hide things from others; you can do it intentionally or accidentally. Either way, it causes hurt feelings and issues between people.

Chances are you are whispering because you don’t want someone to hear something and are trying to avoid a separate conversation.

Hiding things from people, in general, is seen as rude, especially if you do it so obviously in front of them so they can see there’s information they aren’t aware of.

It’s best to have a separate conversation away from those who you don’t want to know things about and leave the whispering to moments where you have to be quiet.

8. It’s Disrespectful To The Person Talking

If you have to whisper because a speaker is speaking and it’s a quiet moment, this is extremely disrespectful to whoever is speaking. They deserve everyone’s attention.

Most likely, your thoughts can wait to be shared after the speaker is done.

Not only is whispering disrespectful to those talking, but it’s also distracting to those trying to listen to the speaker.

We’ve all been in situations where we can’t focus because someone won’t stop talking, so don’t be the distracting person. Your thoughts can wait until a more appropriate time.

To learn more, you can also read our posts on why being late is rude, why it is rude to point, and why whatever is a rude word.

Whispering isn’t always bad. However, it has extremely negative connotations that usually create issues that may not even legitimately be there.

If you need to whisper, it’s best to do it without your hand over your mouth and only when it’s necessary to be quiet, not in the middle of a loud conversation.

Why Is Galveston Beach So Dirty? (9 Reasons Why)