Why Is Everyone So Rude? (11 Reasons Why) 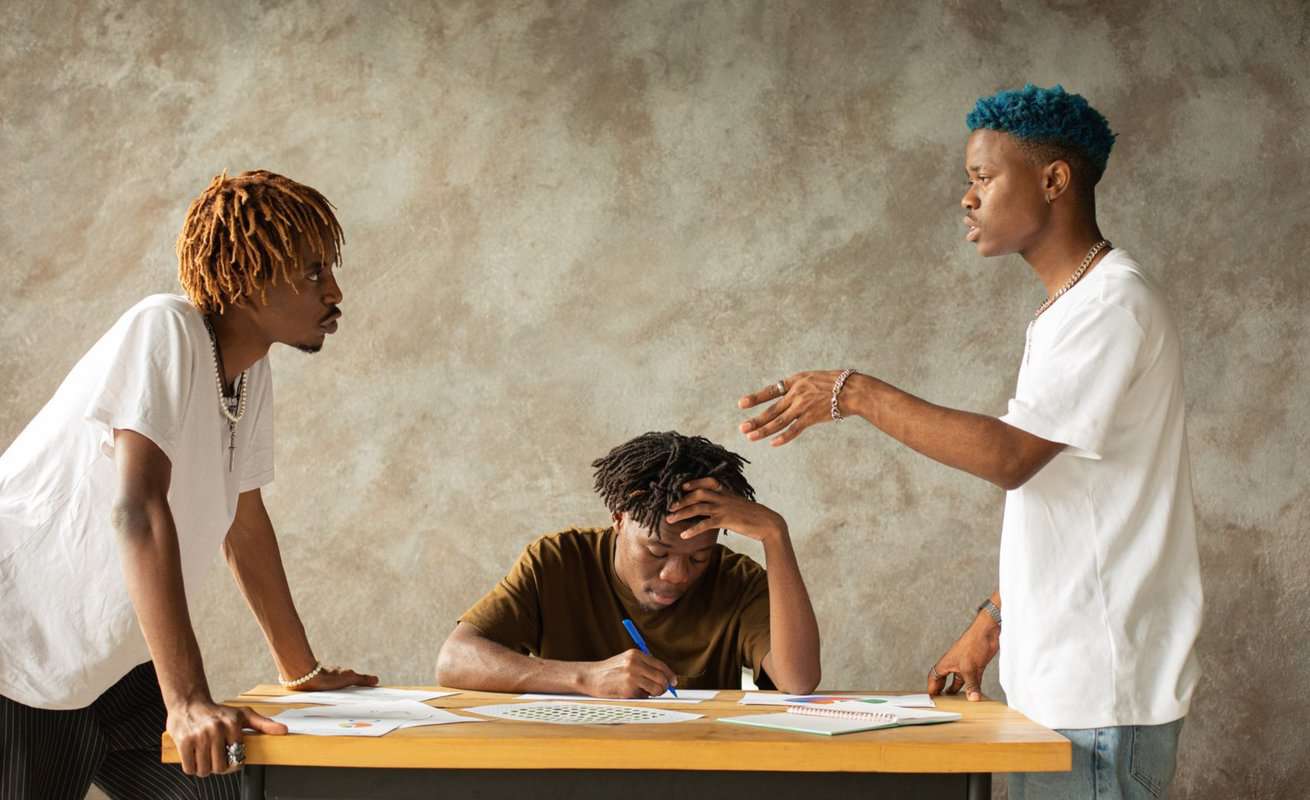 What if you’re also that person that feels like they’re in an apocalyptic movie and you’re the only one that’s nice and everyone else is rude? You ponder this, questioning why.

Believe it or not, there are various reasons, elven that I’ve discovered, as to why everyone is so, or you perceive them as rude.

Why Is Everyone So Rude?

Someone will be rude to you is a sign of insecurity. They see you as someone who is mentally, emotionally, and physically well-established and stable, making them insecure.

This is the same as someone bullying you because they have something going on in their lives or the more well-known person feeling insecure and resorting to putting others down.

Many people are insecure about something about themselves and how people around them perceive them, but there are right and wrong ways of handling it.

Everyone has bad days, and maybe that was, and still is, the reason behind them being rude towards you and others. If it’s not addressed in an adequate time, then it’ll likely escalate.

So it’ll probably be best to give them some space if you notice them having a bad day and not take it personally because everyone has an off day.

This doesn’t mean feeling sorry for them, but being aware that they can act hostile in a particular scenario is likely if you are poking and prodding and asking them questions if that is the case.

They could have a mental illness of some sort. Some mental illness, such as depression, PTSD, anxiety, bipolar disorder, etc., includes a symptom of irritability.

There are times when an unhandled mental illness is likely to get out of control, and a person being “rude” or irritable is expected to be one of the leading indicators of it getting out of control.

Read More:  Why Are Girls So Dramatic? (11 Reasons Why)

So, while this isn’t an excuse for their actions, knowing someone with a mental illness is a great way to have insight into their mindset and likely empathize with them.

When someone consumes drugs or alcohol, their attitudes towards others can go one of two ways: they are either too nice or insulting and disrespectful.

This isn’t necessarily an excuse, but they are not trying to be rude; the substances they’ve consumed or ingested over time keep them from being more self-aware of their actions.

The cycle of abuse is a rough one for the families of the addicts and the addicts themselves, so hostility is likely to happen to them.

However, on the flip side, if someone is a recovering addict, the withdrawal stage is not the easiest and can make them irritated and unintentionally rude towards others.

Other withdrawal symptoms can include irritability, fatigue, depression, muscle pain, and many others, contributing to their mood toward others.

Some being rude could be the result of learned behavior. This could be in connection to a past trauma or observations that they’ve seen from their parents, adult figures, or other interactions.

If not made aware of and stopped, learned behavior can be treated as the norm. So, if someone has seen rudeness, then they’ll think it’s the norm and will contribute to that to others over time. 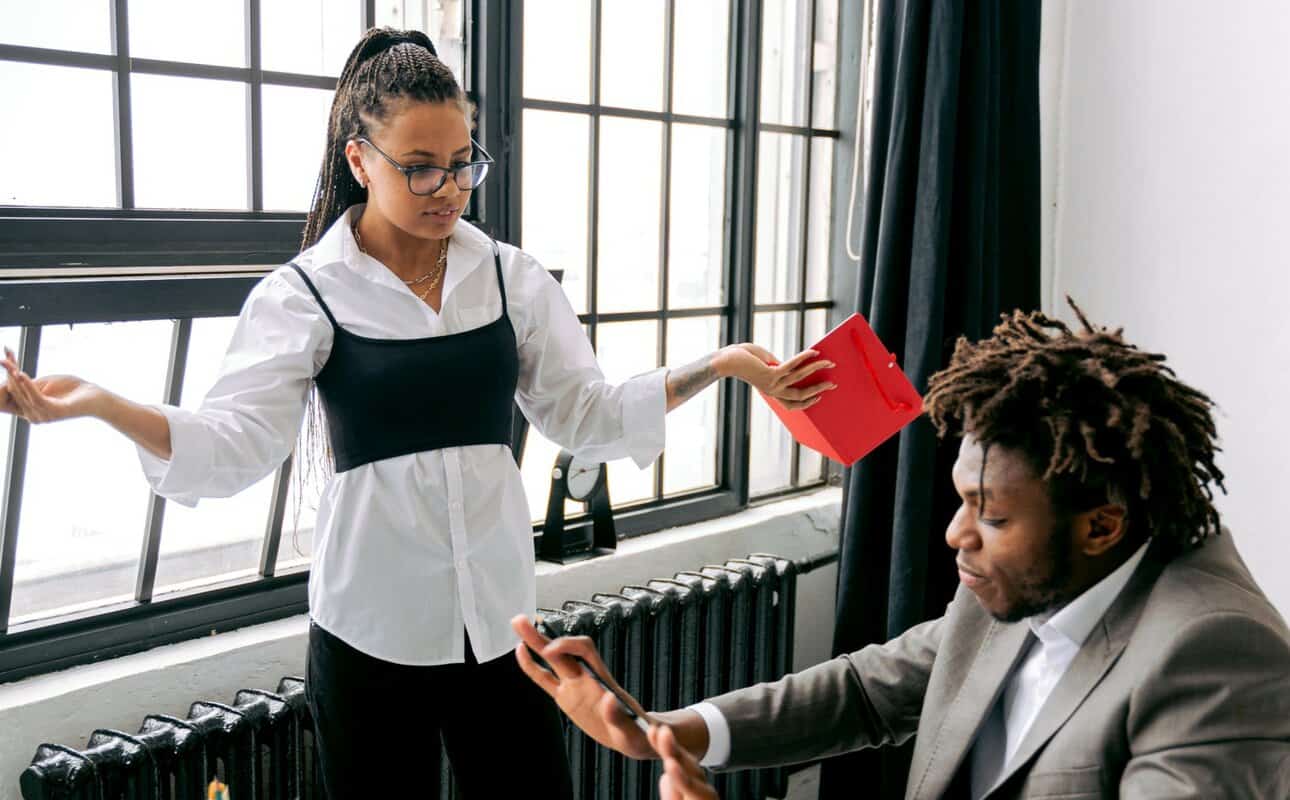 Various cultures are not the same, so there is likely to be a different experience when engaging with multiple cultures.

For example, French people are considered the rudest country. One of the reasons for this is that they prefer to keep people at a distance from those they don’t know.

So, in a different culture, being rude is equivalent to moving into a small town and the residents being iffy towards you. So it’s nothing personal, but you have to respect their culture.

Their rudeness is unintentional. For many people, their loudness or bluntness can be taken as rude and incentive when this is not meant to be the case, but it’s just their personality.

Many people who are sensitive to certain things can have an easy perception and pre-judgment of who a person is due to a difference in personalities.

Still, transparency is an easy way to prevent these judgments or keep things from escalating and preventing you from not liking them as much because of their unintentional behavior.

8. You Have A Different Perception

The truth is, they’re not as rude as you are making them out to be. You have a false perception of someone, or in this case, everyone, being rude even down for the most minute of reasons.

While it’s OK to have some expectations of people, it’s another thing not to expect them to have specific reactions, such as anger or disappointment in your actions.

That does not make them rude. This means you must reflect on yourself and your perception of your expectations and the world and accept that the people around you are not carbon copies of you.

People are acting rudely towards you because you are allowing it. Allowing someone to treat you in a way you’d prefer that they don’t treat you only causes them to do it more.

In those people’s eyes, there are typically no repercussions for their continued actions, so putting a stop to it will, over time, help them realize to be more polite towards you and anyone else.

Maybe you’re just annoying them, and they’ve finally had enough. You are likely talking too much, asking too many questions, instigating, or anything else qualified to them as annoying.

People have experienced breaking points where we feel like we’re backed into a corner, metaphorically, with someone like you or anyone else, and you want to go off on them verbally.

So, if you feel like people are being rude towards you, then there’s a likely chance that they’re not doing anything wrong, and you’re just annoying.

If the people around you are being overly rude, then there’s a likely chance that they have low emotional intelligence.

Emotional intelligence is someone who has self-awareness about their own emotions as well as others.

Low emotional intelligence makes it challenging to recognize these things and maintains problems in healthy relationships with people.

Some signs of someone with low emotional intelligence are obliviousness to others’ feelings, insensitivity, using others as a scapegoat, lack of taking responsibility, and many others.

To learn more, you can also read our posts on why it is rude to roll your eyes, why people hate, and why you miss her so much.

So, in conclusion, although there are many reasons why someone is rude to you, or anyone else, trying not to be rude is the best route.

And although everything can lead to sensitivity and judgments, it is also essential to acknowledge that there should be at least a tiny bit of empathy depending on that rude person’s situation.

Along with this, there should be an understanding of differences in personalities and cultures because not everyone will think, act, or react the same way as you do.

Mutual respect for both sides can make the world go round and create a less conflicting space for everyone instead of making things difficult for yourselves and everyone else.

Why Are Baby Ducks Yellow? (5 Reasons Why)

Why Did She Suddenly Stop Texting Me? (9 Reasons Why)