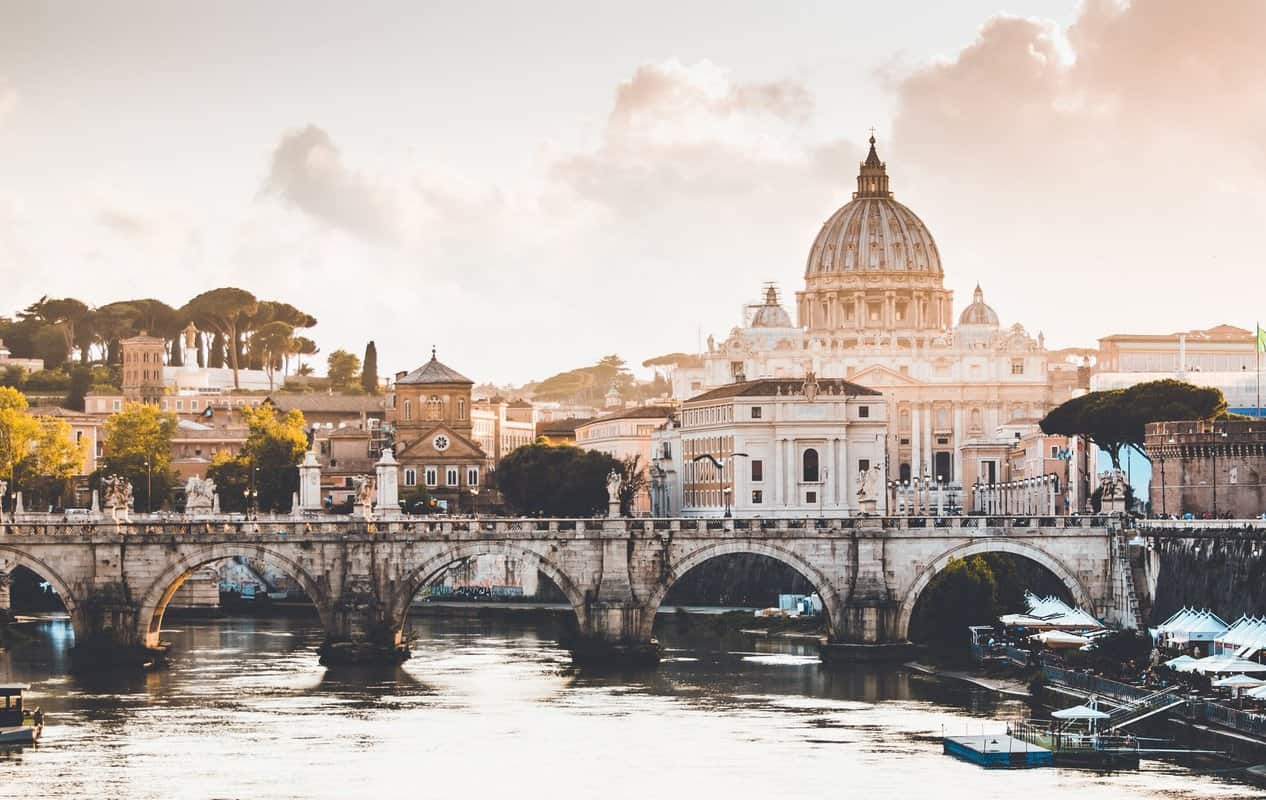 Rome is home to so many beautiful sights and iconic pieces of history. It’s not surprising that millions of travelers visit Rome annually.

While so many people share incredible images of their Roman vacations, they don’t often show the incredibly dirty parts. So why is Rome so dirty? Stick around to find out.

Why Is Rome So Dirty?

We just mentioned one of the biggest factors responsible for making Rome so dirty… tourists. Rome has so many visitors.

Rome has right around three million people living in and around the city, but they experience upwards of five million additional visitors each year.

This doesn’t even account for the influx that happens around holy days and religious holidays when people flock to The Vatican.

Tourists are often guided by an “out of sight, out of mind” philosophy, whether intentional or not. Of course, this doesn’t apply to all tourists, but it does to many.

When tourists visit a city, they’re not concerned about what happens when they leave since they don’t have to experience it anymore.

Visitors might not conserve energy like at home or be as respectful with trash or waste. Travelers also are notorious for single-use items, which adds to the amount of garbage in a city.

This isn’t an exaggeration. The streets of Rome are trashy. There’s garbage everywhere… piles and piles of plastic bags filled with it, and more are added daily.

Garbage bins and dumpsters are overflowing, and there’s nowhere else for Rome’s residents and visitors to put any more trash.

When dumpsters and other receptacles are full, people throw their trash on the pile and hope it sticks.

Spoiler alert… it doesn’t. Most of the time, the trash rolls down the heap or blows to another location. This is how Rome has been taken over by trash.

We’ve established Rome has a trash problem, but why? Who- or what- is responsible for the mountains of trash that have taken over Italy’s capital city?

In recent years, there have been several landfill closers, leading to a traffic jam in the flow of trash removal.

The landfills were deemed unsafe and actually illegal, according to the rules and regulations put in place by European environmental agencies.

In addition to the garbage bottleneck, proposals to build incinerators have been rejected because they’re not environmentally friendly.

If Roman officials don’t find an environmentally efficient trash removal system, they may soon be up to their necks in garbage.

There’s a lot of political turmoil in Rome. The heart of the issue is that Rome’s beauty is being taken over by filth, but it’s become more than just a public safety issue.

Politicians are involved in the problem, and Rome’s political climate is pretty sketchy, at best. There’s a lot of commotion between the Italian government and the city.

The adults in charge are so busy battling one another for power and disputing other issues they’re unable to focus on cleaning up the capital.

Many politicians in Rome are also very young and inexperienced. Some have allowed themselves to be heavily influenced by private organizations, while others are overwhelmed by their responsibility.

The constant power struggle, and even lack of power in some cases, cause the whole city to live in limbo with nothing getting done about the city’s dark and dirty issues.

Private companies and individually operated organizations are very influential throughout Rome and often block officials from doing their job, like cleaning up the city.

For much of Rome’s history, the lines between government, religion, and private businesses have been very blurry, to say the least.

This causes a few different issues, including the fact that Rome is known as the dirtiest capital city in Europe.

Rome is home to The Vatican City, home of the Catholic Religion and, of course, The Pope. This organization is incredibly powerful, although separate from Rome.

Rome as a city is governed by the city government, as well as the Italian government. As we know, these two don’t always agree.

There’s another heavily influential factor in Rome- private companies and enterprises. Each organization has its own level of influence, depending on the amount of money they have.

While these three avenues operate under very different principles, it’s obvious that none of them have Rome’s cleanliness problem at the top of their to-do list. 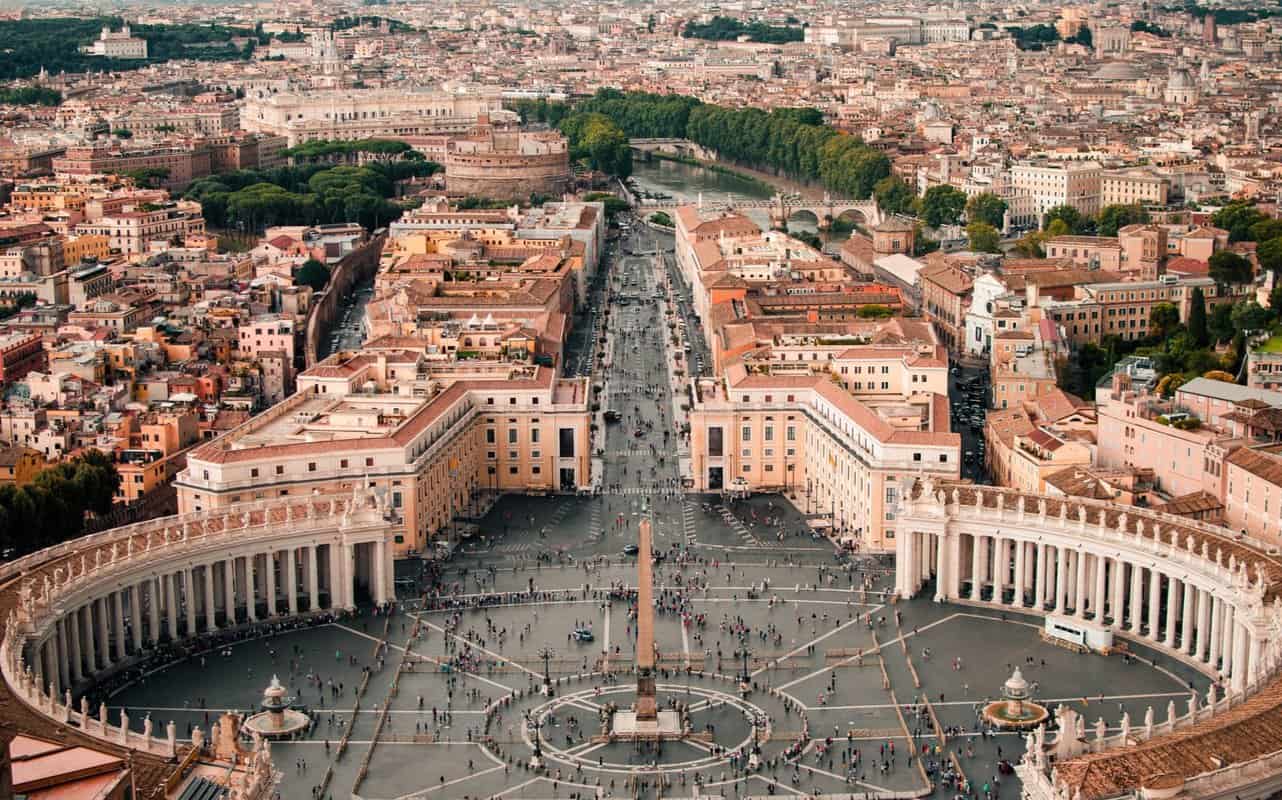 Visitors, and fellow Roman citizens, report that it’s common practice for people to throw their waste on the street.

Yes, some people in Rome are litterbugs. There are plenty of people that are trying their hardest to counteract the problem, with lots of local organizations dedicated to picking up litter.

But the issue is that the number of people that don’t care far outnumbers those that do. Other European cities take great pride in their well-kept cities, but it appears that Rome doesn’t.

Many Romans live by the idea of menefreghismo or being carefree. Perhaps they’re misinterpreting being carefree with careless…, which has led to a massive problem.

Overall, Romans have pride in their city, but it’s slightly misplaced. They’re of the thought that you should be proud of your city regardless, and that doesn’t always equal results.

Rome’s problem has been building over the years, but there’s been little to no effort to educate the public on the issue.

Other countries were teaching children about waste reduction and recycling, but this wasn’t standard practice in Rome.

We all know that once people are set in their ways, it can be hard to change their minds. Organizations that are working to clean up Rome are essentially playing catch-up.

Adults aren’t always willing to learn or accept the issues their city is facing, much less remedy them or take steps to prevent them from worsening.

Rome is struggling to combat the issues they’re facing, but it would make sense to start with the younger generations in hopes that they’ll be more solution-oriented.

Many residents of Rome turn a blind eye to the physical filth they’re living in. For some, this is purposeful. For others, it’s just a subconscious defense.

There are many Romans with an old-school mentality that think and hope. If they don’t acknowledge the problems, then they don’t exist. Or if they ignore the filth, it’ll go away.

Then there are other Romans that have gone blind to the dump their city is becoming. Garbage has become a consistent part of their view. They don’t even see it anymore.

With a large city population completely unaware of the severity of the issue, Rome continues to be dirty.

Rome is a heavily populated area, and they don’t have the infrastructure to keep up. With so many people in one area, staying on top of messes is challenging.

Rome is a city with such rich history, but this is almost working as a disadvantage. There are a lot of people who are resistant to change, and the infrastructure suffers because of it.

There’s little progress or improvement when people don’t see a need to change. Rome is very proud of its history, as it should be, but living in the past leads them down a dirty path.

It’s not just the ground in Rome that’s covered in garbage- Rome’s walls are dirty, too. We’re not talking about well-thought-out murals or lovely painted street portraits, either.

Rome is covered in sloppy spray paint and vandalism. This is truly an unfortunate sight in a city that has so many historic landmarks.

There are statues and buildings that have existed for thousands of years unbothered, but in recent history have been covered in graffiti.

Rome has lots of “graffiti crews” that are responsible for much of the vandalism, although there are some that create beautiful art as opposed to just leaving their mark.

But just like many other things in Rome, the cleanup operations can’t keep up. Those are moving to get rid of the graffiti move at a snail’s pace compared to those with spray paint.

Another contributing factor to Rome’s dirtiness is potholes. Rome’s streets are opening up and swallowing things.

Naturally, the public works of Rome cannot keep up with the potholes that open up in the city, so they resort to quick fixes that put a band-aid on the issue.

There’s no plan to create a solution for the root of the pothole issues. Rome is a fairly rainy city with older roads running throughout.

The ancient streets and the massive population is the perfect cocktail for potholes- the ride through Rome is a bumpy one, for sure.

Rome was not built in a day, and it also won’t be rebuilt in a day. So much of Rome’s been overtaken by trash, and there are not enough people to fix the problem.

There are so many factors that are responsible for making Rome so dirty, and until there are solutions to each of the problems, the city will continue to remain that way.