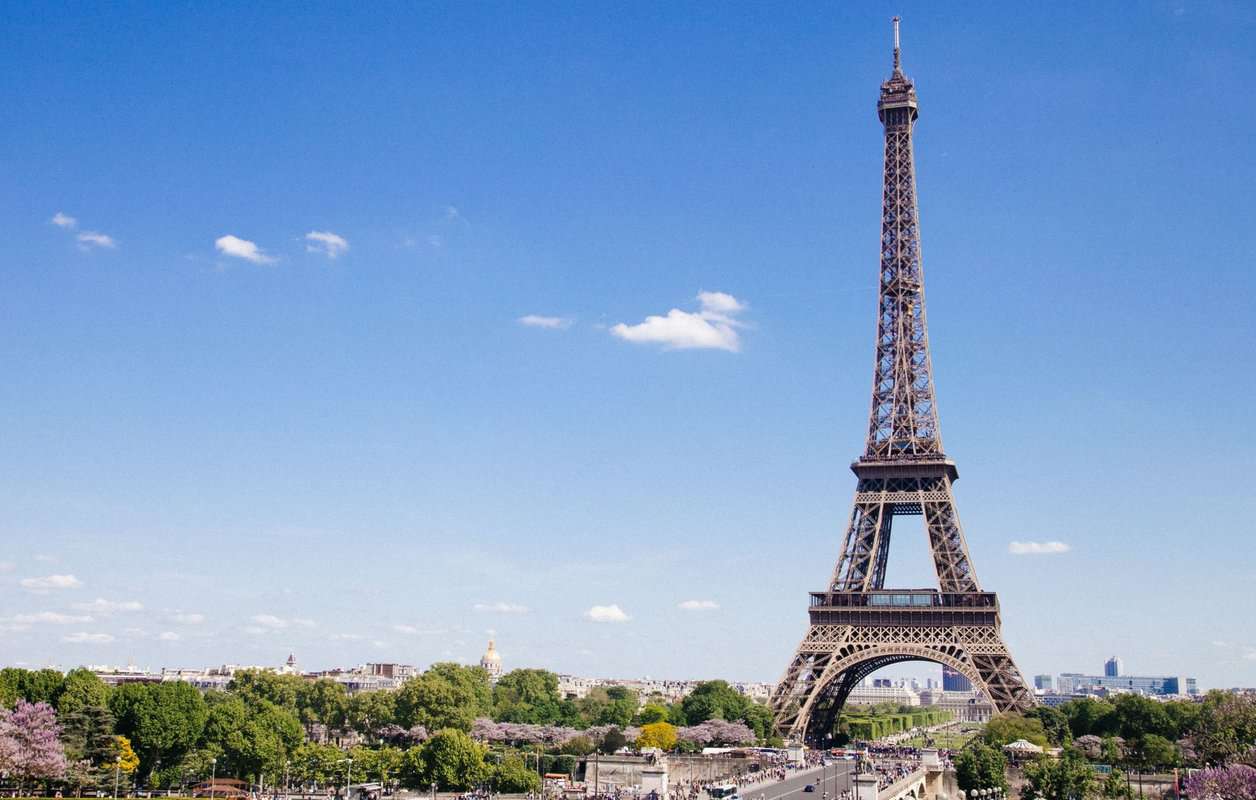 France has a reputation. France is one of the most popular countries in Europe, known for its romantic qualities. However, much of its reputation is based on the city of Paris.

Paris is known as the city of love. Of all of the stereotypes of France, Paris has the most positive, with its association with romance. However, Paris has a problem; it is a notably dirty city!

Why Is Paris So Dirty?

As one of the most popular tourist destinations on the planet, it makes sense that Paris would be overcrowded during the tourist season.

However, on top of being a popular tourist destination, Paris is also the single most populated city in France. It is also one of the largest cities in mainland western Europe as a region.

Between its large permanent population and its vast number of tourists, Paris is a bustling city.

While its permanent population is only a fourth of New York City’s, Paris receives half as many visitors per year. When compared to New York City, one can see why Paris could be so filthy!

Like New York City and Paris, most metropolitan cities are filthy to some degree- many Parisians would point to London in defense of their city.

However, London also has a population similar to that of New York City, four times greater than the population of Paris.

The problem with Paris is that it is not built to handle that many people, while London is!

With an infrastructure that cannot handle the level of tourists that Paris receives annually, the city of love moves from simply crowded to full-on overcrowded.

On top of having a large population, Paris is also known for its population density.

While European countries generally have a higher population density than North American ones, many people consider Paris a particularly dense city.

Paris has a population density of fifty-three thousand people per square mile, almost exactly twice as high as that of New York City.

With a population density as high as that of Paris, the city crowds many people into small areas.

This population density can lead to a far higher sense of overpopulation, making the city even dirtier.

3. Paris Has Plenty Of Smokers

One of the most notable stereotypes of French people is that they love to smoke. When visiting Paris, you may think that this stereotype is accurate!

Smoking is the cultural norm in France, with the French often dropping cigarette butts to the ground as soon as they are finished with their smoke.

This laissez-faire attitude towards smoking helps lead to a large amount of smoking-related litter.

4. The French Are Relaxed

Every culture has its stereotypes. In Europe, Germans are often considered no-nonsense, hardworking beer-swillers. The French, however, are aligned in a different category.

France joins its fellow Mediterranean countries Spain, Italy, and Greece in a reputation for laziness.

Beyond baguettes and mimes, the stereotypes of the French are mostly that of lounging in a cafe with a cup of coffee or a glass of wine and complaining about passers-by.

To an extent, these stereotypes are true- many Mediterranean cultures are notoriously relaxed, and France is one of them!

This relaxation is key to the perceived filthiness of Paris. To an outside viewer, it can seem like the French people don’t even care about cleaning up Paris!

France is known as “the city of love” for a reason. Couples in Paris are known for their frequent and intense displays of public affection.

While these actions typically do not directly lead to the filthiness of Paris, they can cause many to view Paris as being dirtier than it truly is- in more ways than one!

6. The French Are Rude 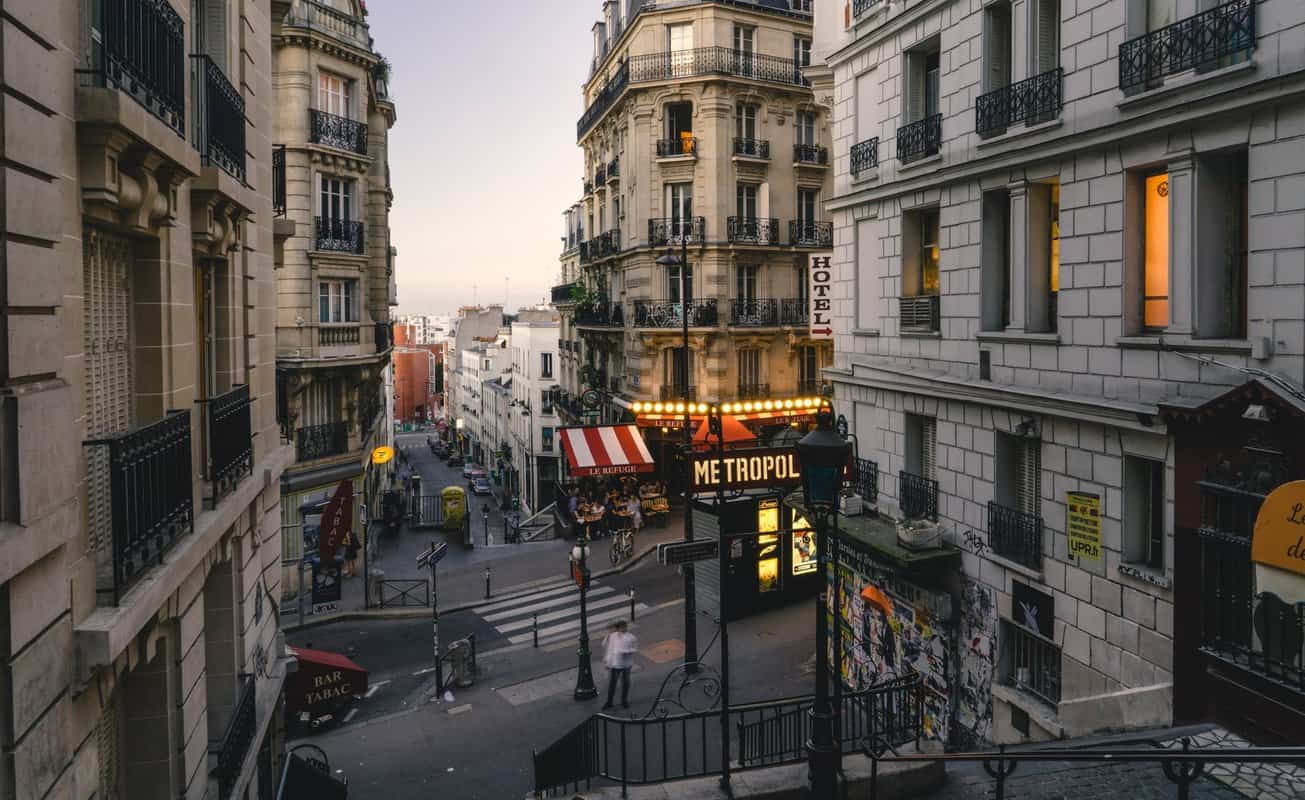 Another stereotype of the French is that they are rude, ignoring people and ashing cigarettes where they stand.

Ultimately, everybody is an individual, so there will be plenty of friendly Parisians. However, many French people are rude!

Read More:  Why Is Florida The Worst State? (11 Reasons Why)

French people will drop their trash anywhere, ash their cigarettes where they please, or smoke in your face solely because they do not care enough to do it elsewhere.

By now, it is well-established that the French are rude and will leave their trash anywhere. However, this does not begin and end with the French- their dogs do the same thing!

Parisians are known to let their dogs poop anywhere, even on sidewalks, without picking it up. Aside from being dirty, this is unsanitary and downright filthy!

8. No Sense Of Social Responsibility

Ultimately, a major reason for the filthiness of Paris is that the French culture does not promote social responsibility.

French people feel no need to clean up after themselves, believing it to be their government’s job. They may not even care about contributing to society!

While they tend to crowd around certain districts, Paris is also known for its large homeless population.

These homeless people will often take up residence in the metro system and will leave their waste products there as well.

10. Compared To Other Cities

Part of the issue with Paris is not necessarily Paris’ fault. Paris is a major metropolitan center and has to compete with other major European cities.

When you compare Paris with cities such as London, its filthiness is not surprising. However, due to its mainland status, Paris is often compared to the likes of Prague.

Many major European cities, particularly in nordic regions, are known for their cleanliness.

Authorities usually rank cities like Oslo, Amsterdam, and Copenhagen as some of the cleanest cities in Europe!

Unfortunately, when compared to Paris, this makes Paris seem worse. In many cases, Paris is not much dirtier than other cities; Paris is just larger and has more competition!

On top of being filled with homeless people and their excrement, the metro system of Paris is also extremely old.

While the Paris metro is also under near-constant renovations, its age does show in many places. Additionally, the near-constant construction can leave plenty of trash!

Remy isn’t the only rat in Paris, yet unfortunately, most Parisian rats are not master chefs. In recent years, Paris has experienced an increasing population of rats.

Some may go as far as to say that Paris has become infested with rats.

The city has set aside 1.5 million euros per year since 2017 to combat the rat population, which outnumbers humans in a ratio of two-to-one.

These rats are not cooking ratatouille for the hungry citizens of Paris- they are swarming the rivers and cafes in the morning and taking up tax dollars that could be used for cleanliness.

Every cent that Paris spends on combatting its rat infestation is a cent not spent on city maintenance.

To make matters worse, a growing portion of the population has switched to the side of the rats!

When Paris first announced its war on rats, twenty-six thousand citizens petitioned to “stop the rat genocide.” With so many people siding with the rats, cleanliness will be a major issue!

Ultimately, there are many reasons Paris is considered so filthy. Whether it is the societal attitudes of the French or the overpopulation of tourists, it is the people that make Paris dirty!

Thankfully, Paris is focused on cleaning its city up. The city government has even announced a plan to make the Seine river swimmable! While it may be filthy, the future looks bright for Paris.

Why Do People Like Their Own Posts? (9 Reasons Why)