Why Is Naples So Dirty? (11 Reasons Why) 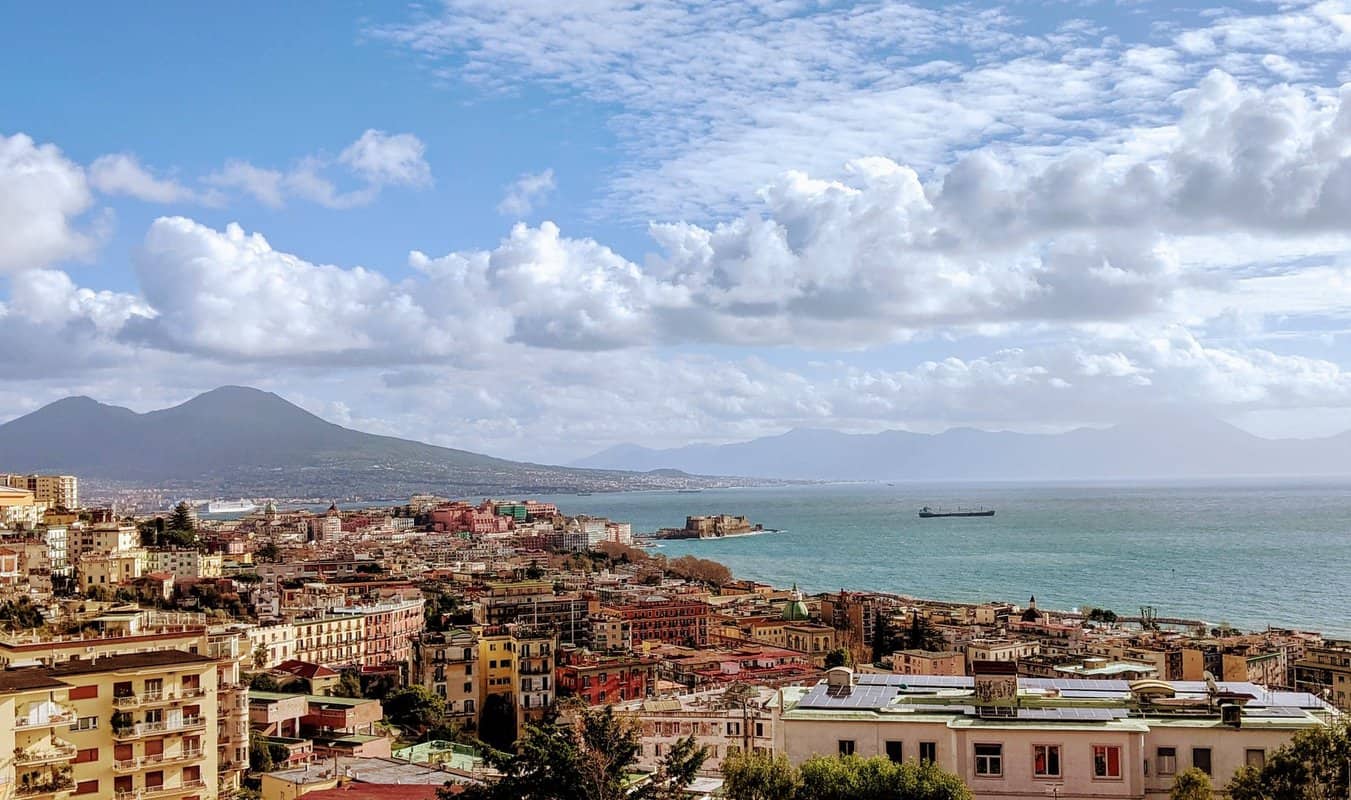 Naples is one of the most historically rich cities in all of Italy. It has delicious food, amazing museums, and wonderful beaches, despite being quite rough around the edges.

Unfortunately, one impression that many people get when they visit Naples is that it’s somewhat dirty. So why is Naples so dirty? In today’s article, we’ll walk you through 11 reasons behind it.

Why Is Naples So Dirty?

Let’s start with one of the most significant reasons behind this problem. Naples is one of the cities with a very high poverty rate, not only in Italy but in all of Western Europe!

Naples also suffers from record unemployment rates that are higher than the country’s average.

Although poverty doesn’t necessarily mean dirty, the lack of financial stability restricts the government when it comes to providing janitorial services and garbage collection trucks!

Having a high poverty rate also means that the awareness programs’ budgets are also very low, rendering them quite ineffective.

On the other hand, littering and tossing garbage outside trash bins is something that many Neapolitans don’t have a problem with, which makes things even worse.

Ideally, the Italian government tries to crack down on littering and tossing garbage in the streets by imposing fines on pedestrians that do so.

But as previously mentioned, the problem of littering extends to the attitude and culture of Neapolitans themselves, including cops.

Combine that with the relatively low budget of the city, and you can understand why many of these solutions didn’t come to fruition.

With that said, you should know that in recent years, littering fines helped improve the situation in major parts of the city, but are still far from the results required.

3. A History Of Waste Problems

One thing you should know about the garbage collection problem in Naples is that it has been a problem since the 1980s.

Waste problems started due to the lack of waste management plants to dispose of wastes, all the while dumping solid wastes into landfills that are already overfilled.

Additionally, there have been plenty of problems with the semi-public company that managed the waste disposal process, including going on strikes.

All these problems piled up and made the garbage problem more difficult to manage.

As previously mentioned, the problem of southern Italy’s waste management is not a new one. In fact, the Camorra, a mafia group based in Naples, also has a hand in the issue.

After the Naples earthquake in the mid 1980s, the government introduced many strict environmental laws that made the illegal waste dumping an attractive business for the mafia.

Trucks that belong to the mafia would haul the toxic and nuclear wastes outside the city, and then burn or bury them to avoid detection.

To this day, organized crime mafias control toxic waste disposal in southern Italy, and it’s said that in 2013, this illegal business generated up to 16.3 billion euros.

5. Some Places Are Very Old

Being dirty doesn’t always mean piling garbage on the streets, but it can also be due to dirt covering most streets and buildings all over the city.

A primary issue here is that Naples, or Napoli as the locals like to call it, is a pretty ancient city. According to Encyclopedia Britannica, the city dates back to around 600 BCE (2600 years ago).

Since the city has been populated for millennia, there are some very old regions where the streets are pretty narrow and paved with uneven brick, making them extremely hard to clean.

For that reason, century old dirt and stains can accumulate on buildings and streets, which highlight the dirty look of the city.

6. Dumping All Trash At Once 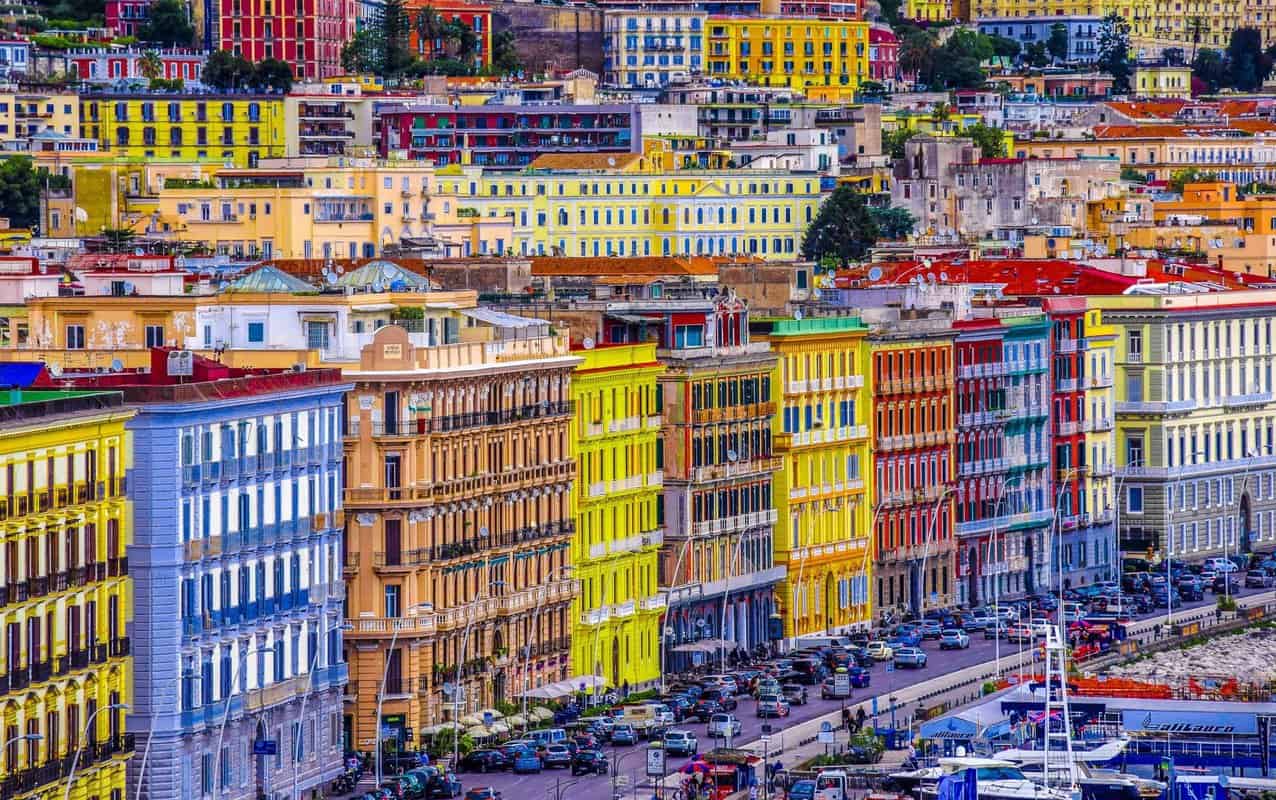 Depending on the time of the day, the garbage situation in Naples will vary. For example, if you walk at night, you’re much more likely to find the city filthy than if you tour it during the day.

This is because waste disposal trucks usually arrive at night to collect garbage. Therefore, most shops adjusted their garbage disposal time so that it’s between 9 pm and 12 am.

As a result, so much trash is being dumped at the same time, overfilling the trash bins, and therefore shops simply leave their wastes outside the bins.

Solutions like increasing the number and size of garbage bins as well as increasing the activity of the waste disposal trucks should help. But then again, the low budget is the main hurdle here.

We’ve previously discussed that Naples, being a city in Southern Italy, has a very high crime rate due to mafia groups.

High organized crime has both direct and indirect associations with the problem. For example, the garbage disposal is still managed by certain mafia groups to this day.

Additionally, the high crime rate also deters the locals from volunteering to clean waste bins to avoid involvement with the mob.

With that said, crime rates in Naples nowadays aren’t as high as they used to be back in the 1990s, so it’s more of a stereotypical fear than a reasonable one.

Speaking of stereotypes, despite having great potential, Naples is one of the least visited destinations in Italy, especially when compared to cities like Rome, Milan, and Turin.

Safety is a major factor that many tourists consider while choosing a destination, which is why many of them avoid visiting Napoli.

This lack of tourism doesn’t only deprive the city of a valuable source of income but also reduces the incentive to invest more in cleaning services.

According to recent reports by Statista, Naples has the highest population density among all Italian cities, with a population of 2,574 individuals per square km.

This high population density means an even heavier load on the waste disposal of services of the city.

Keep in mind that high population density is almost always associated with garbage problems, even in developed cities.

In other words, the combination of a high population density and a low city budget would make the problem extremely hard to solve.

Italy, in general, has a very high percentage of smokers, and Naples is no exception to this rule. Smokers have a habit of throwing cigarettes on the ground all day long.

Since the city doesn’t have the budget to clean up the streets very often, you’ll find cigarette butts almost everywhere you go, which is enough to make the streets look filthy.

Last but not least, Naples has a graffiti problem. By graffiti here, we don’t mean the aesthetically pleasing artworks you may find in various cities around the world.

Instead, the graffiti is simply ugly and out of control, which scars the walls and buildings of the city and adds to the overall dirty look.

To learn more, you can also read our posts on why Ottawa is boring, why LA is so dirty, and why Canada is so boring.

This wraps it up for today’s guide about Naples and why so many people find the city a little too messy or dirty.

As you can see, various unfortunate circumstances are the culprits behind this problem. However, the government of Naples is trying its best to solve the problem in the near future.

Why Is Oklahoma So Boring? (11 Reasons Why)

Why Is My Phone Using So Much Data All Of A Sudden? (9 Reasons Why)