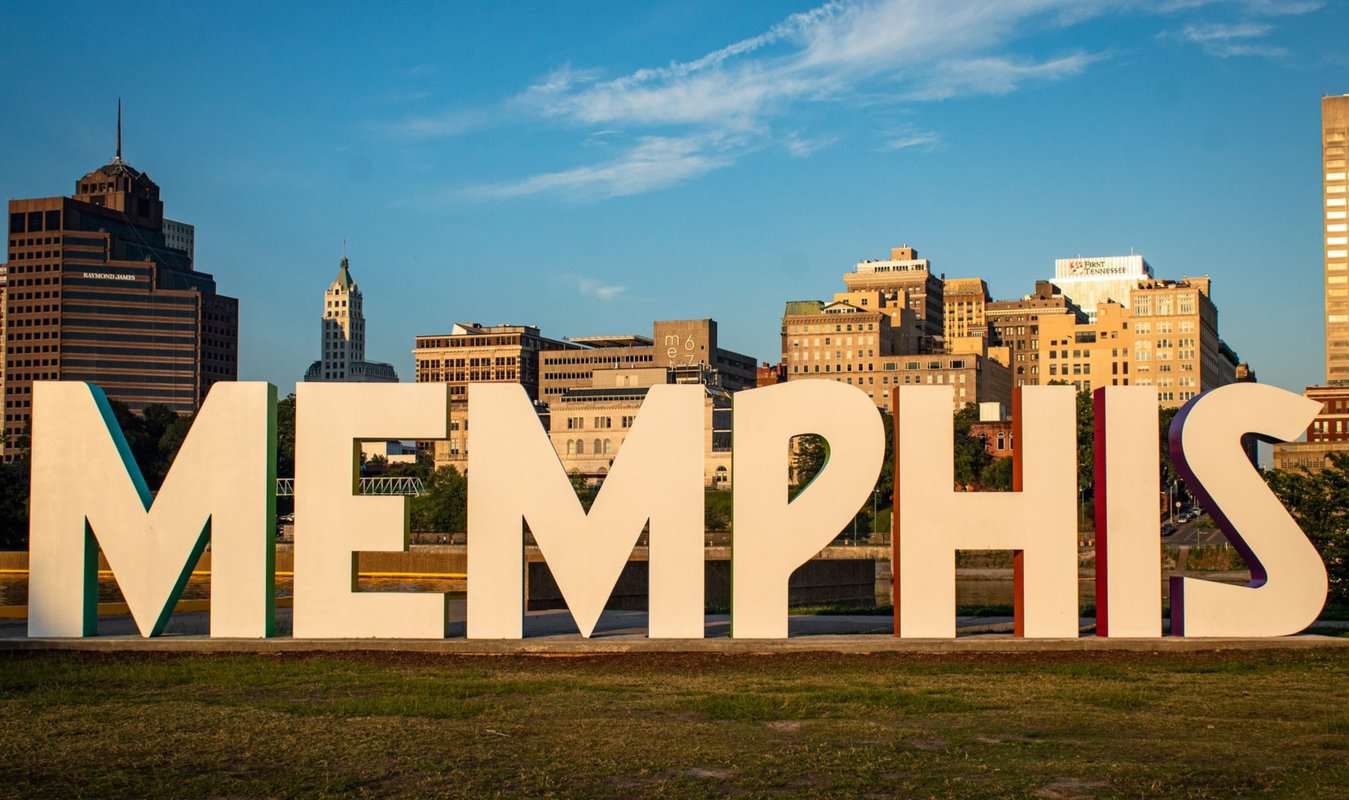 Memphis is a city full of fantastic food, music, and tourist attractions. This charming city has kept its old charm and style throughout the ages.

Memphis has also kept its reputation as one of the country’s most dangerous cities, an aspect of the town that is slowly improving. That is done by working on why it is so dangerous and addressing one problem at a time.

Why Is Memphis So Dangerous?

1. Murders In Memphis Are High

Murder rates in Memphis are high, ranking in the top 5 most dangerous cities in the United States year after year. Average murder rates are 52.44 out of 100,000, which includes tourists killed.

When you look at a map that details the locations of the crimes, you can see that there is no one specific area to avoid.

2. Gangs Are A Big Problem In Memphis

Memphis is the southern location for street gangs throughout Tennessee. The last count showed over 102 gangs in the city, with over 13 thousand members.

A small portion of the homicides in the town is due to gang activity. Whether gang on gang or citizen, they are a contributing cause of why Memphis is dangerous.

3. Transports And Taxis Can Be Dangerous at Night

If you are traveling downtown in a cab or transport shuttle, you will be perfectly safe, but it is a little different when things turn dark.

Darkness brings out more of the extreme criminals, and a neighborhood you walk through at noon may be an area where you hide in your home at night. Be aware of your surroundings. Always.

A significant problem in Memphis that you will actually run into anywhere in the world is pickpockets. Tourists are prime targets for their criminal activities.

Average tourists ignore their surroundings, especially the people around them. They are focusing on the attractions, making them oblivious to the person snatching their wallet or grabbing their purses.

5. Mugging Is a Normal Occurrence In Memphis

You can expect mugging to be a problem in most large cities across the nation, and they are, for the most part. The United States has an average mugging of .73 for every 1000 people.

Memphis, on the other hand, surpassed that by a substantial amount. For every 1000 people, you will find that 3.37 have been a victim of theft.

6. The Risk of Scams In Memphis Is High 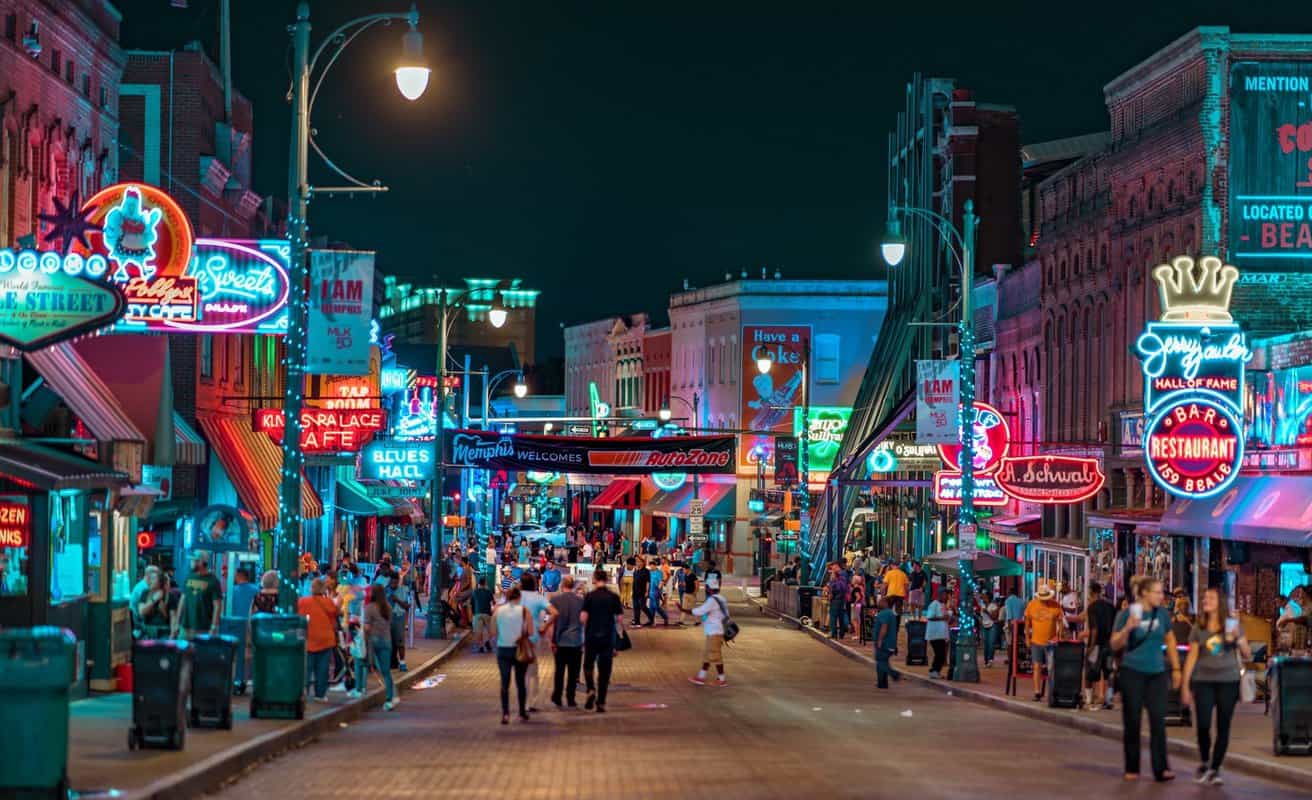 Tourist cities are the mecca for people that live their lives scamming others. It is a horrible truth that happens daily to people who have no idea what happened until it is too late.

Common areas to find this type of activity is around banks, airports, and ATM locations. Gas pumps have also been an area of interest for scanners that steal your info to use your identity for other purposes.

7. Motor Vehicle Thefts Have Been On The Rise

Some of the other crimes within the city have been slowly decreasing, but vehicle thefts have been on the rise. It was found that in 2020 the incidents went up by over 6% from the previous year.

This includes parked cars and carjackings on the road. Your best bet is to keep your locked at all times, whether driving or parked at the hotel. Always think about safety and security first when in Memphis.

If you are a tourist, this will not affect you, but if you live in Memphis, this is a huge problem you must consider. Property Crimes can jeopardize the safety of the neighborhood and the city overall.

Out of 1,000 people, you can see that 39.9 of them fall victim to some type of property crime, including home invasions and break-ins. This does not include simple vandalism cases, which are accepted as normal.

Drugs have always been a problem in Memphis, and it has no signs of decreasing. Times are changing, though, which can be shown by the type of drugs in the city.

Meth was once the worst, but since covid-19 hit the country, heroin and opioid use have increased. Drugs destroy communities and turn ordinary people into criminals.

Those ordinary people are committing crimes at an increasing pace just to get the drugs that their bodies are now addicted to.

City prosecutors are the top dogs when it comes to fighting crime within a city, and they are the ones that put the criminals where they belong, behind bars.

But in Memphis, the leading prosecuting attorney is not doing her job. This makes criminals more apt to do what they do because they have no fear of consequences.

Even when the police haul people in for sentencing, the prosecutors prefer to plead the cases out. This often leaves criminals on the streets, supervised by people who have no time to do so.

11. Natural Disasters Play A Role In The Dangers Of Memphis

One thing you may not have even thought of is the natural disasters that happen in Memphis regularly. Tornadoes, hurricanes, and earthquakes are not surprising to local residents.

This may not be a big deal to you if you live in the area and have gotten used to it. On the other hand, tourists who are not prepared may find themselves in a bad position.

This can affect the people living there and the tourists visiting. You never honestly know what Mother Nature has in store for you, but it boosts the city’s danger levels.

Final Thoughts On The Safety of Memphis

Memphis may have received a bad rap by some of the statistics floating around. Many say that it is the worst city in the nation regarding crimes per person in the town.

It may be one of the most dangerous places to be, but if you stay alert, keep your eyes ahead, and stay out of other people’s business, you should be fine. Stay in the light, and never wander into the wrong neighborhoods.

Why Are Asian People So Smart? (9 Reasons Why)