Why Is Anchorage So Dangerous? (11 Reasons Why) 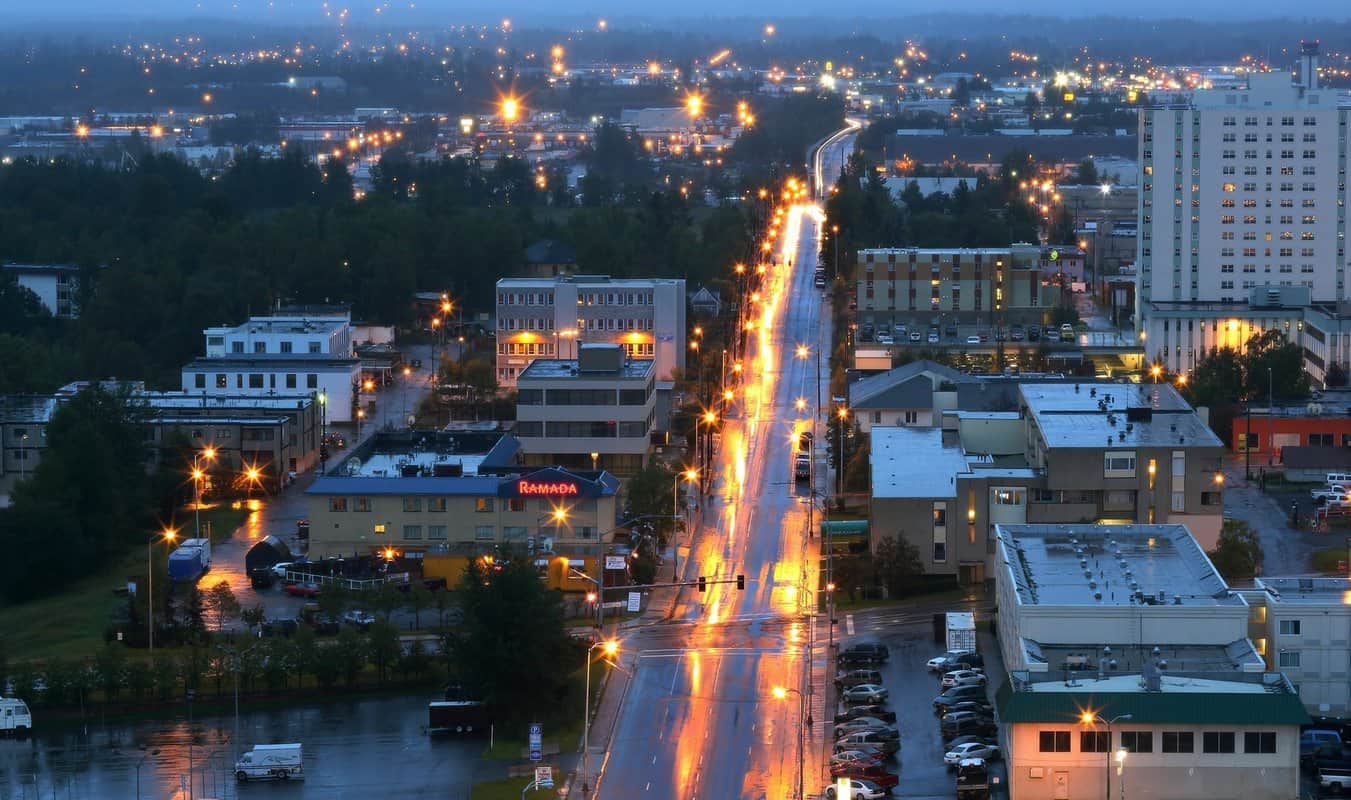 Anchorage is one of the biggest cities in beautiful Alaska, but instead of being known for natural beauty, it’s quickly becoming known as a very dangerous place.

How can a city in such a remote part of the world be known for violence and crime? I have 11 reasons that will provide a little more insight, just keep reading.

Why Is Anchorage So Dangerous?

Anchorage has one of the highest violent crime rates per capita. This puts the city among the top 10 most dangerous in the United States.

Violent crimes include rape, homicide, and aggravated assault. Crimes, in general, aren’t good, and these aren’t victimless crimes like swiping a pack of gum from the gas station.

In recent years, Anchorage has seen an uptick in serious crimes with weapons where people have been hurt or worse.

When you look at the numbers, Anchorage might not seem as dangerous as other places, like Memphis, for example.

That statistic might make it seem like Anchorage doesn’t even belong on the same list as other cities, but when you consider that’s 1,100 violent crimes per 100,000 people, it puts things into perspective.

Anchorage has also found its way onto another undesirable top 10 list, only this time it’s for worst drivers.

That’s right, not only do you have to worry about violence in Anchorage, but you have to beware of terrible drivers, too.

There are very few densely populated areas in Alaska, but Anchorage is one of them. If the entire state is full of bad drivers, then you’re bound to encounter a few in Anchorage.

Most traffic accidents in Anchorage result from drunk driving or speeding- people get behind the wheel while intoxicated and then drive fast. That’s an obvious recipe for disaster.

In addition to human elements that impact poor driving, wildlife also makes it difficult to drive in Anchorage- moose and bears are known to wander into the road.

This probably goes without saying, but ice and snow also play a heavy role in how people drive in Anchorage.

Native Alaskans would never encounter this issue, but visitors and new Anchorage residents often find themselves underprepared for the cold conditions in Anchorage.

This is especially true of those that are living outside in Anchorage. There’s still a large homeless population in Anchorage, as in all other big cities.

Anyone unfamiliar with Anchorage’s heavy snowfall or living outside can find themselves without proper gear or even food.

When there’s upwards of 15″ of snow on the ground, going out to get more isn’t an option.

Anyone visiting Anchorage or planning to move there in the future should be prepared to stock up on supplies like shelf-stable food and proper cold-weather necessities.

It’s easy to see how Anchorage records a significant number of people freezing to death each year, something that other metropolitan areas wouldn’t even have to record.

Being unprepared for an Anchorage snowstorm and very cold winters is just one more factor that adds to Anchorage being dangerous.

It’s just a three-letter word, but in Anchorage, it should be a four-letter word! Ice is everywhere and dangerous!

If you’ve ever slipped on the ice, you know exactly what a pain in the biscuits (quite literally) it can be. Just imagine, Anchorage is covered in ice for much of the year.

This is another element that natives to Anchorage are used to, and they’re frequently on the lookout for a slick patch of ice wherever they go.

But for visitors and those not used to these conditions, a slip on the ice can lead to broken bones and even hospital stays.

Ice, plus the bad drivers we already mentioned, go together to make another combo that makes Anchorage dangerous.

While Anchorage is a big city, it’s still home to many of Alaska’s beautiful wildlife, including moose, which are known to attack.

While moose might look slow and fairly nonconfrontational in photos, up close, their story is much different.

Moose attacks aren’t a daily occurrence, but there are frequent moose encounters that could turn dangerous.

That being said, if you’re in Anchorage and you see a moose, it’s best to walk the other way. 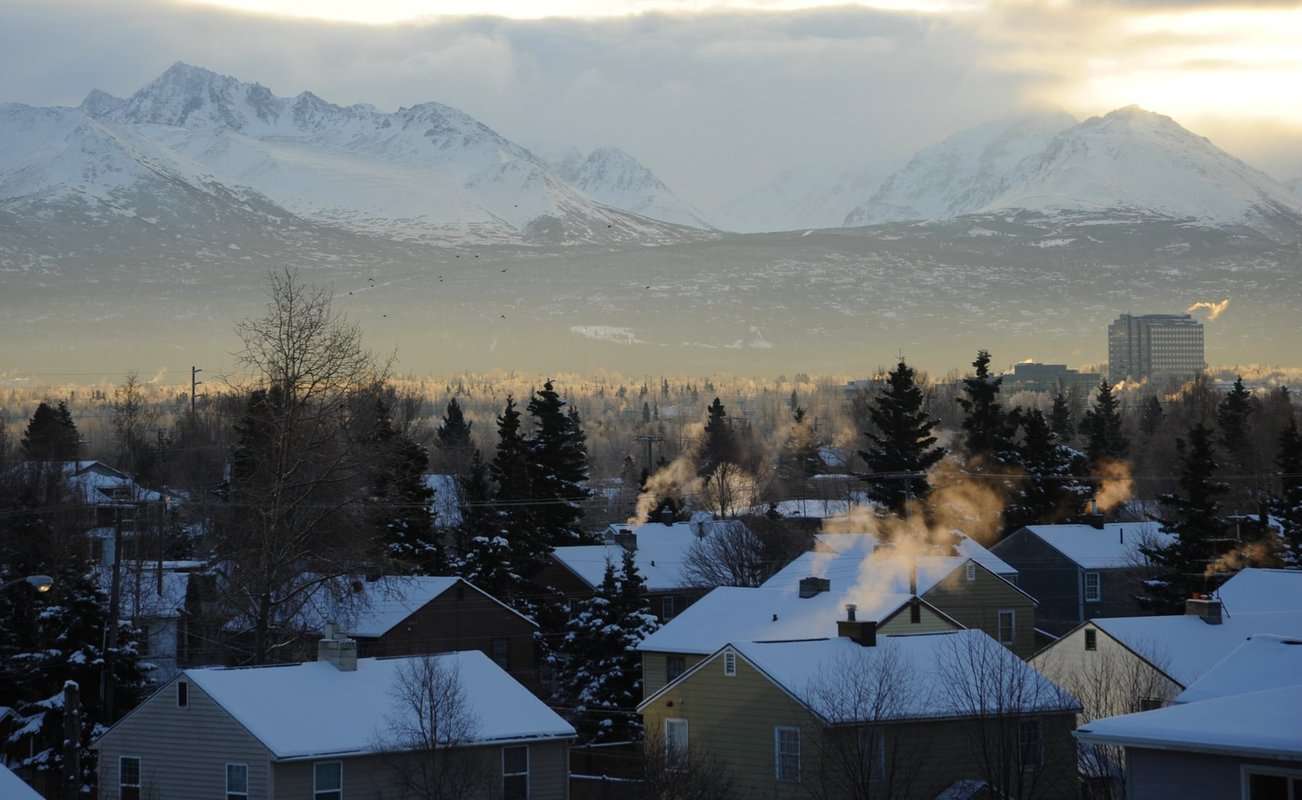 Anchorage is located on the Gulf of Alaska, in the state’s southern region- this location is right along the earthquake zone known as the “Ring of Fire.”

Many of these earthquakes are smaller and only register a magnitude of less than 2.0. But, Anchorage is no stranger to larger earthquakes.

In 2018, Anchorage experienced an earthquake magnitude of 7.1, including aftershocks of 5.7. That’s some serious seismic activity in a big city.

Where there are earthquakes and oceans, there’s a significant tsunami risk. As if the moose, the freezing, and the violent crimes in Anchorage weren’t dangerous enough, let’s throw in potential tsunamis.

Anchorage hasn’t experienced a major tsunami, but the risk is there. If a major earthquake does occur, there’s the potential to send a tsunami through Anchorage.

However, Anchorage is prepared for this and already has a tsunami alert system in place. Residents are alerted to seek higher ground when the tsunami conditions are right.

Overall, Alaska has 35 different kinds of mosquitoes. There are so many, and some are so big, that Alaskans like to joke that it’s the state bird.

Mosquito bites aren’t just itchy and annoying. They can also be dangerous. Some mosquitoes are known to spread disease. So don’t forget your bug spray when going to Anchorage!

Your chances of encountering a bear on the streets of Anchorage aren’t high, but around the city, bear sightings are very common.

Almost every park or nature trail in Alaska is home to bears, and while they look cuddly, they’re incredibly dangerous.

Read More:  Why Are Flights To London So Expensive? (11 Reasons Why)

Far North Bicentennial Park is located in the Anchorage metro area and has had several bear attacks in recent years.

It’s been labeled one of the most dangerous areas in Alaska, despite the fact that it’s so close to a big city.

Again, just another reason why Alaska is the Last Frontier and why Anchorage has a reputation for being dangerous.

From the surface, it might look as though bodies of water in Anchorage are frozen. Judging by the cold temperatures, often below freezing, it’s natural to assume the same.

However, assuming all bodies of water are frozen when it’s below freezing is a very dangerous one to make.

Water doesn’t always freeze in Anchorage due to different factors. There are lots of injuries from people venturing onto ice that isn’t frozen all the way or thick enough to be safe.

The actual layout of Anchorage’s roadways is dangerous. Highways and roads were designed to flow through Alaska’s natural landscape.

This means there are very dangerous stretches of road throughout Anchorage, and in areas with a more dense population, this can make the issues even more serious.

When you consider that Anchorage has its share of bad drivers, plus the wildlife that roams free, the streets of Anchorage aren’t all that safe.

Even a big city like Anchorage can’t escape the dangers of the Last Frontier. Although Anchorage is known for being fairly dangerous for any of the above 11 reasons, it’s still very beautiful.

Why Do Teachers Hate Gum? (7 Reasons Why)

Why Is Classical Music So Good? (11 Reasons Why)