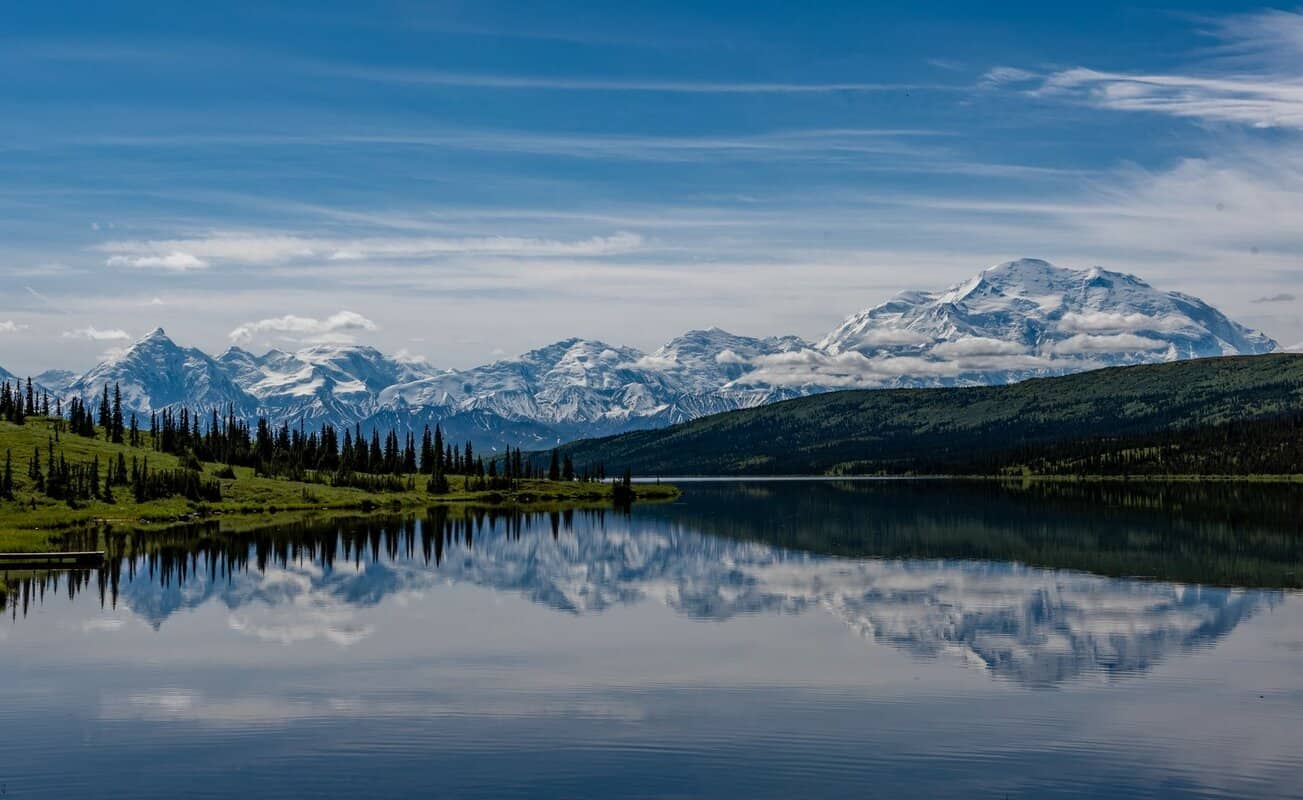 Alaska is truly one of the last best places on Earth if you like solitude and nature. You can expect to run into some issues with that type of peace and quiet.

If you browse through headlines about Alaska, you will find that it has been labeled as one of the most dangerous places in the United States. But why is that? Why is Alaska so dangerous?

Why Is Alaska So Dangerous?

Violent crimes are high in Alaska simply because many villages and towns do not have their own police forces present.

If a crime happens, the only thing that you can do is call the closest location that has enforcement officers and report it. You will have to wait until they can get to you.

That is, of course, if you live through it. Let’s look at this issue a little bit deeper by breaking down the crimes into four distinct areas.

Just so you can make an accurate comparison keep in mind that the population differences are substantial, so the numbers you should look at are the ones per 1000 people.

Crimes against your property may not be as big of a deal as rape and murder, but it is still a factor when discussing the state’s dangers.

You have a 1 in 44 chance of being a victim of one of the three types of property crimes, even if you are a visitor.

Not as bad as the violent crime rates, but still high enough to make you analyze your safety in Alaska.

Being sad is nothing new to most of you, especially during the winter when things get cold and the authorities only advise emergency travel.

Sadness is not just an emotion you must deal with in Alaska. It is an actual mental issue when you are forced to stay indoors for long periods.

4. Alaska Ice Breaking Out From Underneath You

Living in Alaska probably means you like being out in cold weather. If you can do it in the snow and ice, it is a hobby that residents want to do.

The problem is when you are out fishing, snowmobiling, hunting, or just walking, the ice can break out from underneath you.

This can shoot you down into an ice cavern or plunge you into some cold, deep water. Both instances can kill you. And kill you quickly.

5. Wildlife In Alaska Is Untamed And Dangerous

Stories are told about people in the mountains disappearing to never be seen again. This often happens to people that go on big game hunts in areas of Alaska that are not populated.

Bears, wolves, moose, and even insects can be extremely dangerous to you. The big animals can charge you without much notice, and the mosquitos will eat you alive, even if you have repellant.

It is told by hunters in Alaska that you always need to go in groups of two or more. Once you get your game and begin gutting it, you will have grizzlies to deal with.

The people with you must guard your back, or you could end up being the meal of a hungry, angry bear.

Read More:  Why Is Brazil So Dangerous? (11 Reasons Why)

6. Storms On The Seas Can Bring Trouble To Alaska 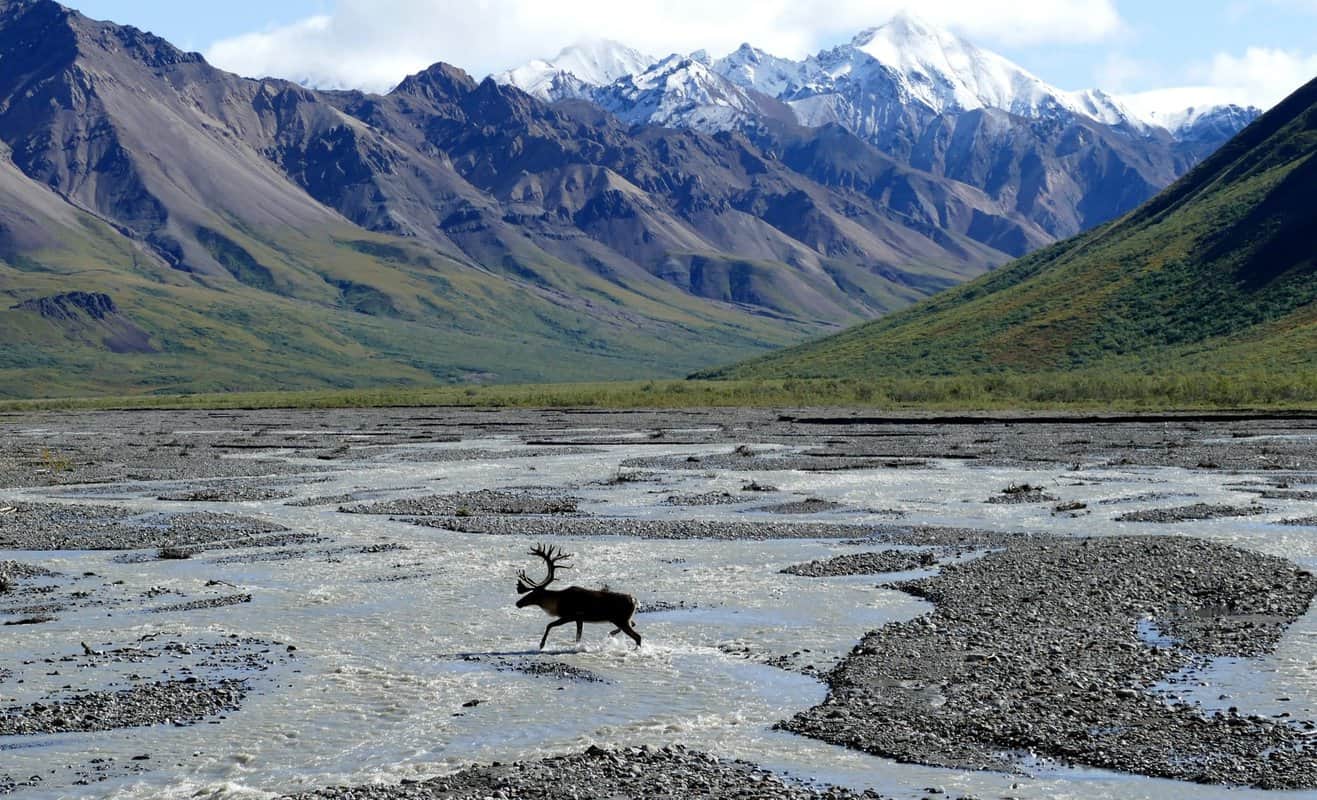 Whenever you live in prominent areas of water, you can expect some storms that cause damaging waves, especially if you’re out on the water.

If big waves are not scary enough, tsunamis can crash down on you without notice. You are in an area that does not always give you access to phones and radios.

7. Landslides And Avalanche Dangers Are Common In Alaska

Landslides and Avalanches occur in Alaska more than you would realize unless you live through them. They are caused by several things.

You hear about landslides and avalanches in the news and online because they are issues you can expect to be normal in Alaska.

8. Wildfires Love To Take Action In The Alaskan Wilderness

Wildfires can destroy everything that is in their path. When you give it fuel, like the wild forests in Alaska, you get massive fires that take action with the slightest mistake.

Human-caused fires have always been a problem worldwide, and Alaska is no exception. When you mix humans and wildlands, you get a dangerous mix that can cause some significant fire damage.

Human error is not the only way fires start, though. You also have some crazy lightning storms that hit the ground randomly in various areas of the state.

9. Earthquakes Get Extreme At Times In Alaska

Many of you are probably used to dealing with earthquakes, depending on the areas you have called home.

You can imagine those same shifts happening in a state that is covered in ice, snow, and loose soil that can be triggered into action very quickly.

Action that turns into tragedy as the slides and avalanches are triggered into action as the earth shakes and rattles underneath.

10. Volcanic Eruptions Are Rare But Possible

A state with 130 volcanos and volcanic fields cannot claim it is safe to live in. Alaska currently has 90 sites that could erupt at any minute.

Out of those 90, you have 50 that have produced some action in and since the 1700s. That means they are active by all accounts.

The last volcanic eruption was actually in 1912 within the confines of Katmai National Par, so they are not a common occurrence, but it is always a possibility.

11. Freezing To Death Can Happen In Alaska Quickly

The average winter temperature in Alaska is currently estimated to be between 0 degrees Fahrenheit and -30 degrees. It can take under an hour to freeze to death at those temperatures.

It largely depends upon the specific condition, how you are dressed, the wind chill factor, and the temperature. The point is that you can freeze to death very quickly in Alaska.

You should never go out into the wilderness if you are unprepared for the cold. Cold kills, as they say. When it doesn’t kill you, it can cause frostbite to the extreme, causing loss of limbs or digits.

Final Thoughts About The Dangers Of Living In Alaska

Living in one of the world’s most beautiful and secluded states has advantages. It also has its downsides that make Alaska so dangerous. It has to be expected, though, when considering where you are.

You can easily live in Alaska for many years without ever having to deal with any of the issues discussed here. You just need to pay attention to your surroundings and never go into the wilderness alone.

Why Is Boulder So Expensive? (11 Reasons Why)