Why Is Galveston Beach So Dirty? (9 Reasons Why) 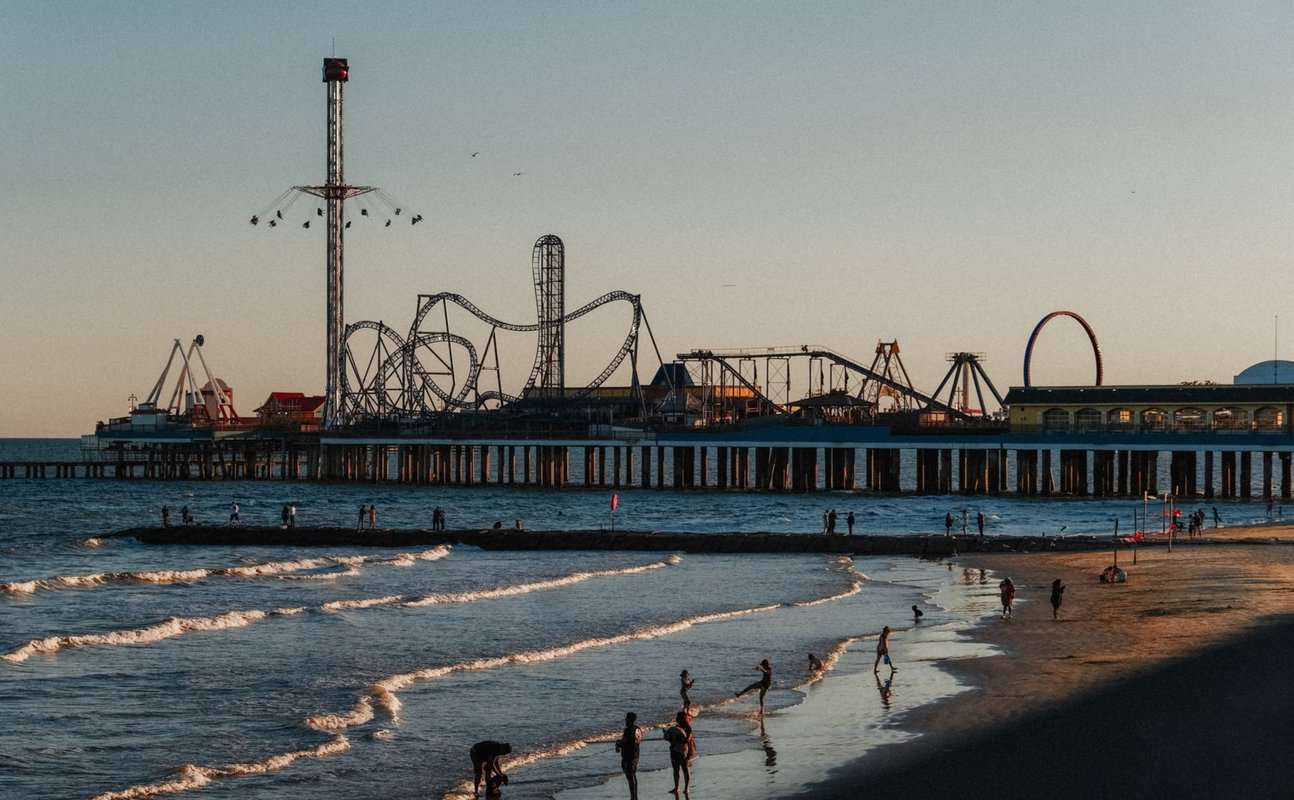 If you’ve seen pictures of the beaches and water in the Galveston area, you may be curious as to why it looks so dirty.

I’ll give you 9 reasons I found in my research as to why this may be the case. Keep in mind, that not all of these issues will be present all at once.

Why Is Galveston Beach So Dirty?

Pollution is not unique to certain areas of water. Obviously, some will be cleaner than others, but in general, it is becoming a problem everywhere across the globe.

It is estimated that there are 46,000 pieces of plastic per square mile! This means that you are likely to run across some sort of plastic or trash floating in the water.

There are people that do their best to keep the beaches and waterways as clean as possible, but sometimes it can feel like an impossible task. Some days will be dirtier than others.

With roughly 7 million visitors a year, there is no way to keep these tourists from trashing the beach or surrounding areas. This much foot traffic negatively impacts the beach.

Tourism is a part of the economy, which means it is necessary to get proper income into the city, but something needs to be done about the damage that is being done to the beaches.

These issues are also more than simply trash ending up in the water or on the beach itself. It’s the sheer amount of people just messing things up and even messing with the wildlife.

It’s really a double-edged sword, the money sustains the people, but at what cost? Beaches across the US are becoming polluted because of this.

Something will need to be done before the effects become irreparable and the beach becomes nasty enough that people avoid it altogether.

In today’s world, people have so much to worry about on a daily basis which usually includes just trying to stay afloat. People worry less about the environment because of this.

From local residents to government officials, there just aren’t enough people that care enough. Obviously, there are people that try to keep the area clean and picked up.

However, the scales will tip in time and there won’t be enough people who care about the number of pollutants there are. It’s a no-win situation for the environment.

By the time people start to listen to the concerns of the citizens, it may be too late to maintain the area and keep it looking nice.

Surprisingly, the water around the beach is not all that deep, roughly 10 feet. The shallow waters can sort of amplify the filthy appearance of the ocean.

Deeper water can darken the surface colors of the water and make it look cleaner than it might be. Not to mention all the sand that can get kicked up from 7 million people.

Now, there are places in the world where shallow water is crystal clear, but a lot of beaches on the Gulf Coast end up looking murky or overall just kind of dirty with brown water. 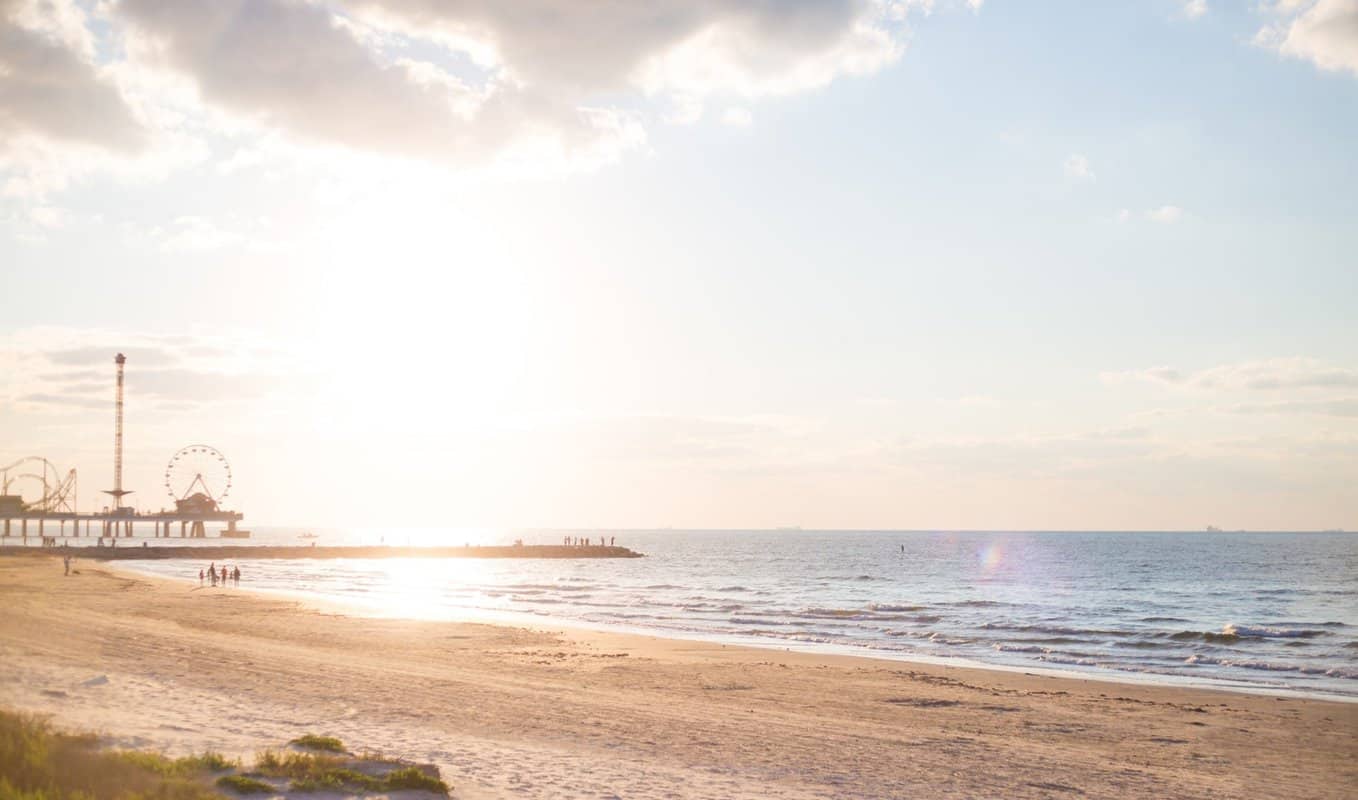 It’s been a while since the last massive oil spill, but the effects are still felt throughout the entire area. It’s left the water and sea life tainted, even after so much time.

While the oil no longer sits as a sheen on top of the water, that doesn’t mean it isn’t there or is no longer a problem. In fact, it’s quite the opposite.

From the BP spill, the deeper parts of the water will likely not recover for several decades. Fish have been tested in some areas to still have contaminants in them as well.

The entire area will not be completely recovered for decades to come and that’s a real shame.

Hurricanes themselves don’t really murky the water, except for all the movement of the water. However, they do cause debris to cover the beaches and infest the water.

This can be from pulling floating debris from the ocean all the way to the shore. Alternatively, the storm can rip apart buildings and boats and a lot of that debris will end up on the beach.

Luckily, a lot of the trash that gets blown around during a hurricane is cleaned up relatively fast after the storm ends.

Galveston beaches are full of loose sediment that ends up making the water appear a gross brown color.

However, this isn’t making it actually dirty, it’s just some sand and dirt that’s getting moved around. So, you don’t need to worry about that part too much.

It’s everything else combined that makes it dirty.

It’s not so much an issue with them very close to the beach, but it’s not secret that boats leak oil/gas sometimes. They also disturb the sediment quite frequently.

Read More:  Why Do People Hate Los Angeles? (11 Reasons Why)

Another issue is they capsize and go under. This just adds to the overall pollution. All the items people keep on a boat suddenly becomes more trash to wash up on the beach.

Not all the beaches in the area are heavy with pollutants. A lot of people just see the brown water and assume it’s gross. But it’s not.

Quieter, smaller beaches are going to be better overall. They don’t get as much traffic which means the overall trash levels are kept way down.

Popular areas are going to be filled with litter, so keep that in mind. You may ask locals or research ahead of a beach visit to find the cleanest areas.

There are a lot of reasons for beaches in Galveston being dirty. All of it is because of humans do not give care or consideration to the beaches or water.

Hopefully, in the future, visitors and locals alike, put more effort into keeping them clean.  And remember, the brown water is mostly caused by sand and dirt being stirred up and not settled.

Why Do Women Wear Leggings? (11 Reasons Why)