Why Is China So Dirty? (9 Reasons Why) 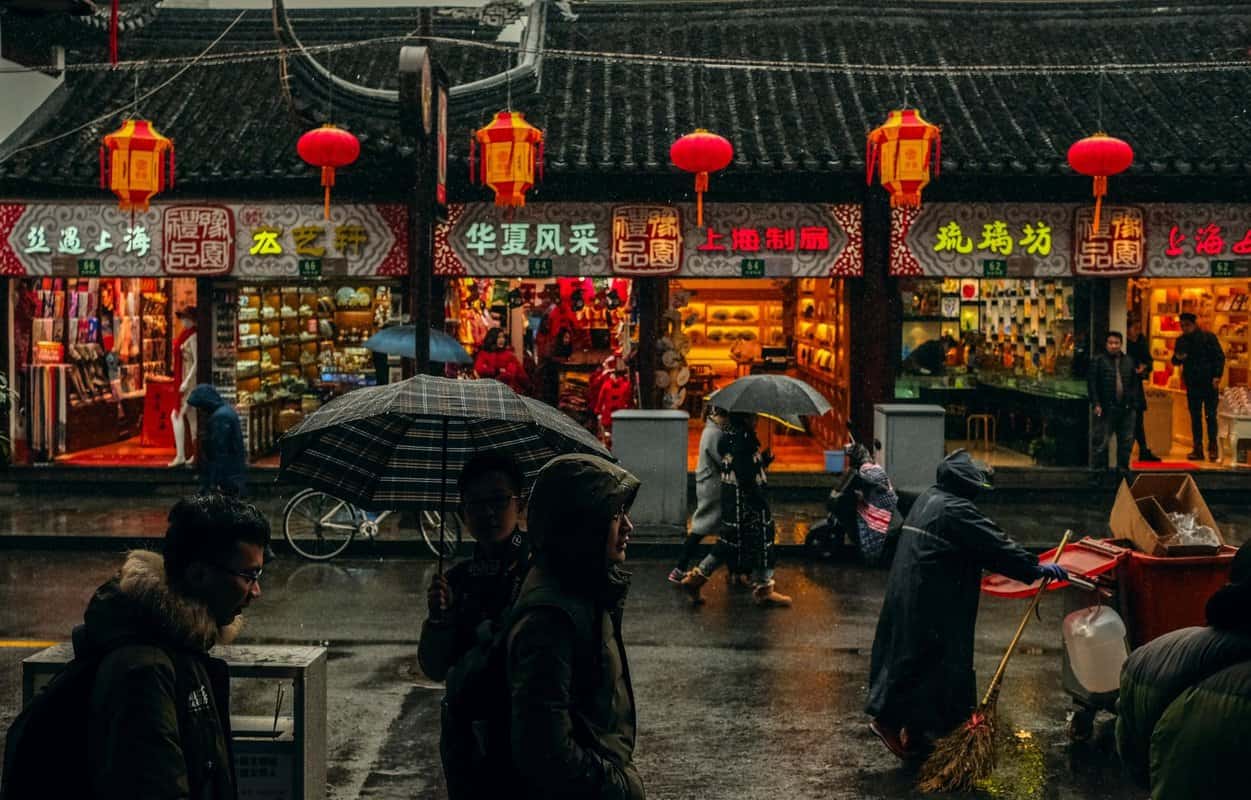 We’ve all heard about China’s severe pollution problems. However, you may not have heard exactly why it’s claimed to be one of the dirtiest countries in the world.

If you’ve been curious in general or have plans to visit China and wanted to know about the pollution and cleanliness situation, read on to find out what I have found out.

Why Is China So Dirty?

In China, smoking is considered a social custom, and giving cigarettes to someone else is a sign of friendliness or friendship. Turning them down can sometimes be seen as disrespectful.

Because of the social importance, you will find people smoking everywhere and inside just about any building you can think of, from restaurants to barbershops.

To a lot of westerners where smoking has been banned inside public places, this concept may seem to indicate dirtiness or come across as disgusting.

You have to worry about ash and cigarette butts or other byproducts from cigarettes. Not to mention the effects of secondhand smoke as well.

China produces hundreds of millions of waste every year. In China, the general attitude toward littering is overall not a big deal there.

If you walk down some streets, you will be stepping on the trash and sometimes even feel like you’ll have to wade through it. Littering is a literal epidemic in China.

Beaches covered in waste, passing cars throwing trash out whenever they feel the need, and the lack of care for dumping waste out wherever is going to affect not only China but the world.

This attitude is tied to social status and how the development of the country has boomed. It will take some serious attitude changes to get Chinese citizens to reevaluate their bad habits.

Air quality in China is very poor. A mist hangs above the cities, but it’s not fog, it’s all pollution. For certain groups of people, the air quality can actually be incredibly dangerous.

Now, everyone has heard about the heavy pollution from China for a long time, and steps are being made to bring some of it down, or so the government says.

Chinese officials have not always been honest with its citizens. Even on “moderate” pollution days, the heavy smog still threatens those with compromised lungs and airways.

China also has a severe water pollution problem. Waterways have been filled with human and industrial waste. It’s so bad that an estimated 50% of citizens can’t access clean water.

Basically, every waterway, from rivers to lakes, is polluted. The groundwater in most cities is also severely contaminated. China’s water is becoming a crisis.

Many citizens wonder what the consequences are going to be for future generations if they can’t get the water back to safe standards. They worry about the health implications.

So, if you decide to go to China, your best bet is going to be to stick to bottled/purified water. You don’t want to take the chance of getting a severe waterborne illness, 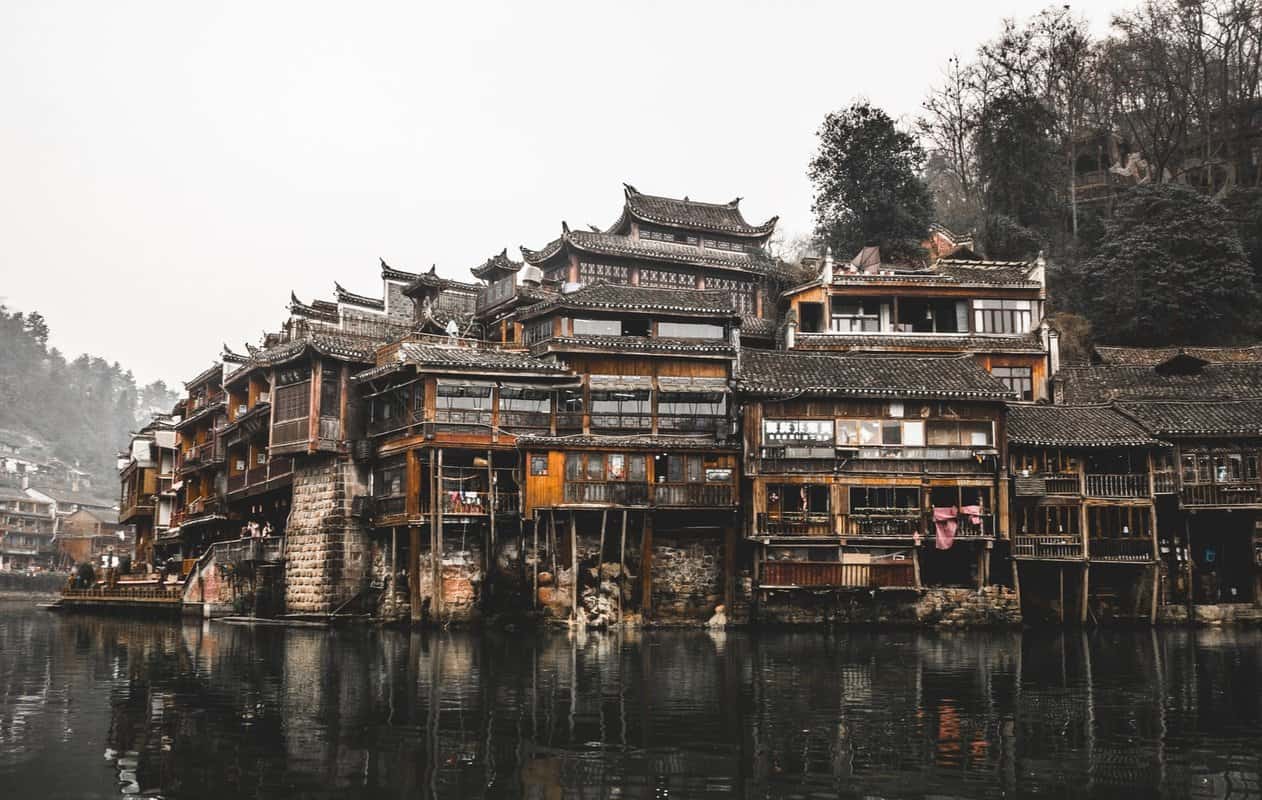 Poverty is still an issue in China, despite the country’s growth. When you have large sections of the population that are barely surviving, their last care is going to be the environment.

Cities are kept clean by sanitation workers. Smaller, poor towns/villages usually don’t have the same amenities as cities and may be lacking in care for what happens to their waste.

When you don’t have dedicated people picking up litter, it tends to build until it becomes a hazard.

Large portions of China do not even have viable plumbing. Outside of big cities, you will find it difficult to find a functioning restroom. Many villages use bathroom pits.

Those pits have waste that is then collected and disposed of or used as fertilizer. If you are used to western-style restrooms, the stark contrast between bathrooms may surprise you.

Travelers to rural China have said that the bathrooms have such a foul stench, that there is no way to cover it up or escape the smell.

7. Disregard For The Environment

In China, the general attitude towards the environment is not a positive one. While there are obviously exceptions and the younger generations seem to care more, it’s not positive.

With such a heavy boom in industrialization, the economy grew heavily and still is. However, this came at the cost of severe environmental impacts.

This attitude of disregard needs to be changed with the older generations as well, or it may be too late for the damage to be reversed.

We’ve touched on the government not always being honest with its citizens. In recent times, the government actually has improved its pollution output, but not quite where it needs to be.

For so many years, the total disregard for the trash and waste that has infested the air, water, and soil, is coming back on them now.

Other countries hope applying some pressure on the Chinese government will force them into fixing these problems before there is irreversible damage that will affect the entire world.

Trash lines the streets in many areas of China. In some areas, they do have trash disposal, but their landfills seem to constantly spill out. Not only that, but not all of China has proper disposal.

In areas that are ill-prepared for the amount of waste, you will see them burning piles of trash in the middle of the streets. This is a shockingly common occurrence in many areas.

Until China comes up with a good way to dispose of all the waste for 1.4 billion people, this will be the reality for the foreseeable future.

China is in the top 10 world polluters and while not all areas appear to be dirty, the water and air alone can have serious health implications.

Without any real change or action from the government, don’t expect the situation in China to improve. If you plan on visiting, make sure you are well prepared and take care of your health.

Why Hasn’t My Amazon Order Shipped? (9 Reasons Why)