Why Is Philadelphia So Dirty? (9 Reasons Why) 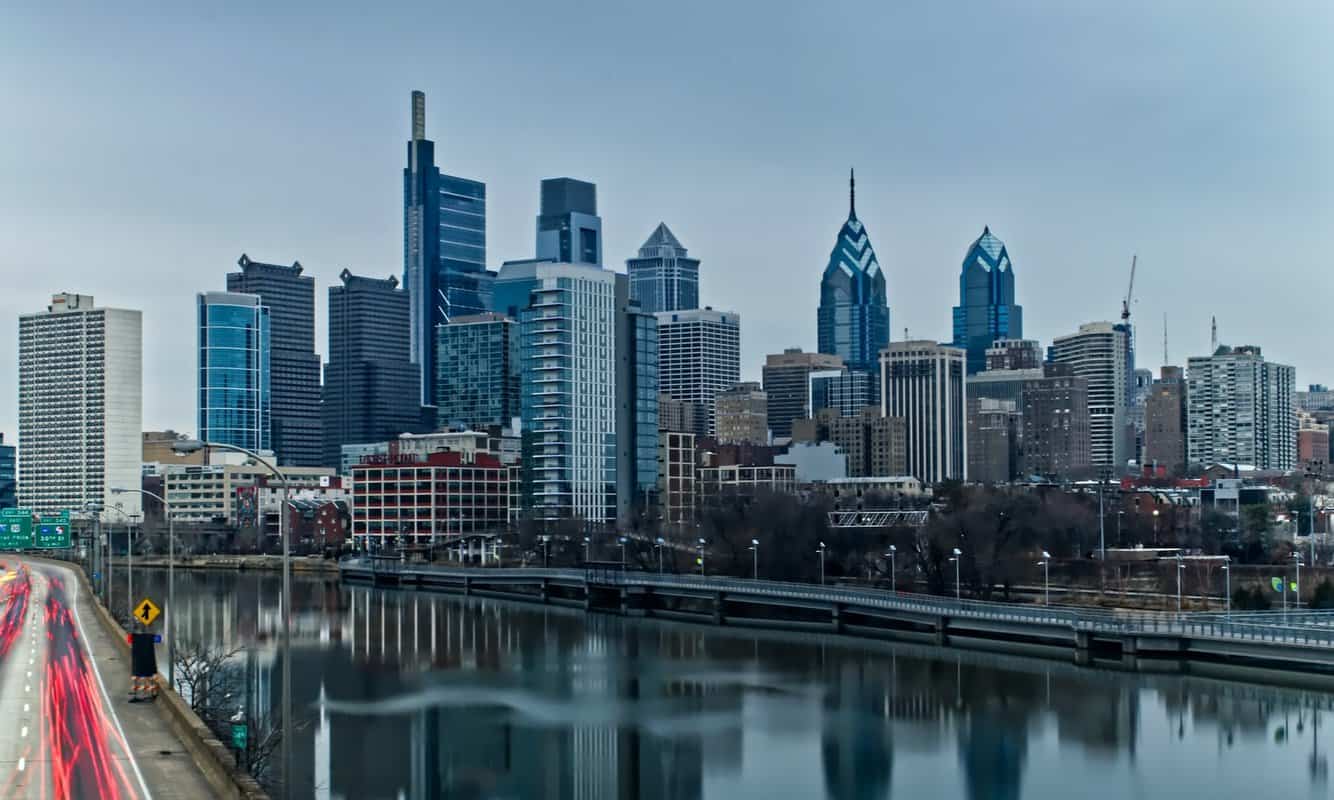 Philadelphia is one of the dirtiest cities in the United States. You don’t have to look far to find evidence of this; just take a walk down any street in Center City and you’ll see piles of trash lining the sidewalks.

So, what’s the reason for all this mess? In this article, we will outline nine primary reasons why Philadelphia is so dirty. Keep reading to learn more!

Why Is Philadelphia So Dirty?

Maybe the most influential reason why Philadelphia is so dirty is due to the cultural mindset of its residents.

There is a general lack of pride in one’s surroundings and lack of initiative, which results in littering and other forms of environmental degradation.

When people see litter just outside their front door, the common mentality they adopt is “someone else will pick it up” or “I don’t have the time.”

This ‘lazy’ attitude leads to a snowball effect of more litter because people don’t think picking up one or two pieces of trash that they see on the street would make a difference, nor could they be bothered.

Another important factor is the lack of public education on the importance of keeping the environment clean.

Teaching kids the importance of proper recycling and trash disposal from a young age can have a profound impact on the relationship they have with this ordinary behavior as they age.

Unfortunately, in Philadelphia, there is a lack of resources dedicated to public education, in general, let alone these topics.

There are also very few campaigns or initiatives that teach residents about the impact their littering habits have on the city as a whole and encourage them to help public workers improve city conditions.

Going along with our previous point on lack of education is this reason where people refuse to dispose of trash and recycling properly because they don’t’ understand the rules.

Philadelphia has some very specific (and often confusing) rules when it comes to dumping trash because citizens have to be aware of specialized drop-off sites.

Each site is responsible for specific types of garbage, and information regarding what to dispose where isn’t as accessible and widely known to citizen as it should be.

Another complicated matter is what goes in the trash versus in the recycling. Granted, this is a nationwide issue.

If you’ve ever seen how other countries recycle, you’d be blown away by the organization and sheer scale that people participate.

Many places will have pick up days every day of the week for a different recycled material, such as:

Japan is a great example of this.

Here, everything usually goes in one bin and people have to constantly check each item to make sure it can even go into the recycling or if it needs to be thrown out, or worse, recycled in a very specific way.

All of this makes the process to tiresome and frustrating for people to want to participate, resulting in a lot of trash and recyclable materials being disposed of improperly.

Another big problem in Philadelphia is that a lot of the trash doesn’t even make into the garbage trucks properly, let alone the facilities.

It’s clear that many of Philadelphia’s sanitation vehicles could use a few upgrades since they tend to be incapable of packing picked-up trash properly.

Instead, bits of garbage fly out of the vehicles and are left behind. Even worse is when these vehicles are full and trash collectors leave full garbage bags behind due to sheer lack of space.

If you’re lucky, these bags and bins are still there on the next pickup day and can fit in the vehicles easily, but, more often than not, they get destroyed and scattered in the meantime. 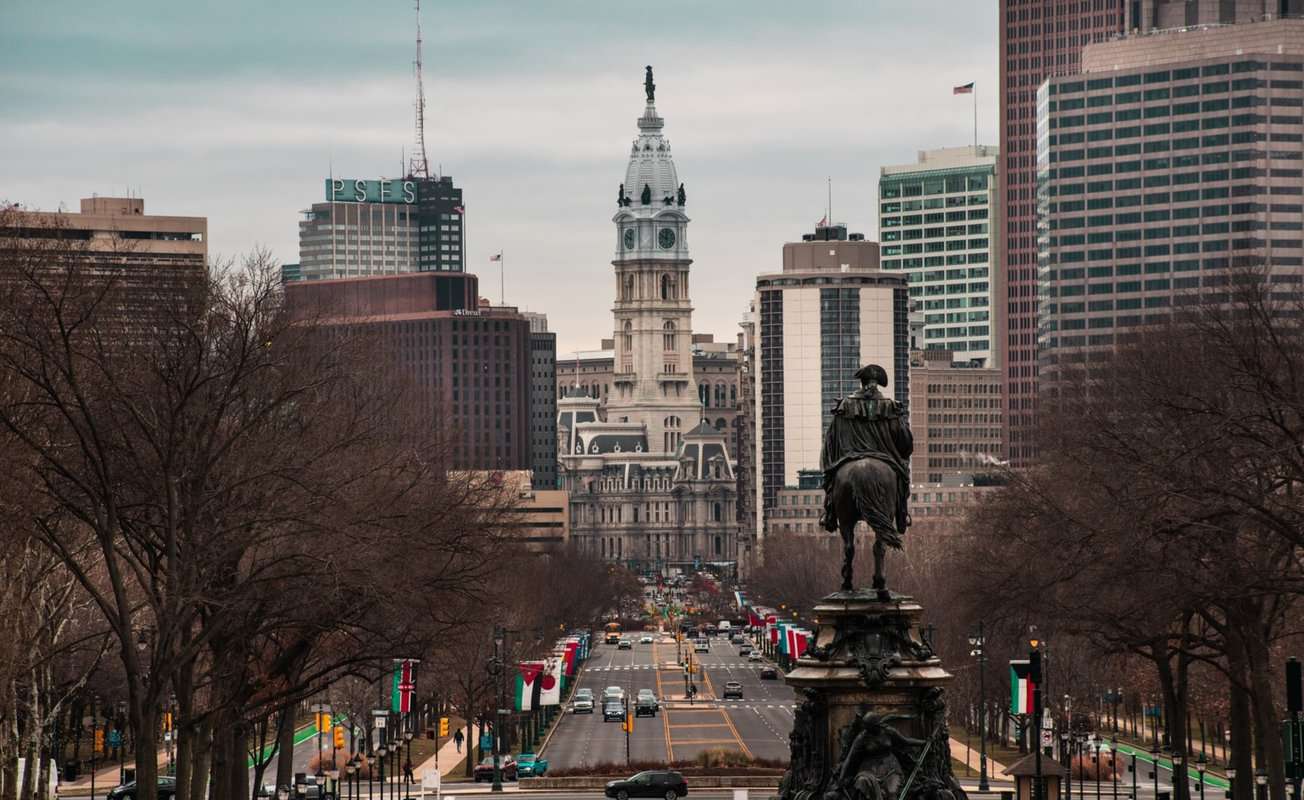 An unfortunate reality of large, renowned cities like Philadelphia is that when it comes to sanitation resources, affluent towns and streets are often prioritized over poorer, less prestigious ones.

Think about it: if you’ve ever walked around the streets of Philadelphia, you’re probably in the nicer, touristy sections to start. Here, you’ll notice the streets are usually pretty clean.

Now, walk to the next town over where few tourists, high-earning businesses, or wealthy citizens reside. You’ll likely notice that the streets are littered and boast pungent odors.

Read More:  Why Is Rent So High In California? (12 Reasons Why)

Part of the reason these streets don’t receive as much attention is because they have less foot traffic.

However, the more influential reason is that these streets don’t need to be held to the same standard as those associated with wealth and the city’s reputation.

A confusing part about living in Philadelphia is trash day. In some areas, trash is picked up twice a day, whereas, in other areas, it may only be picked up once a week.

This inconsistency leaves plenty of time for litter to accumulate on the streets and makes it difficult for local to know when they need to bring out their trash.

As a result, trash often piles up in the street, for three reasons:

Skipping entire streets might seem absurd, but it happens more than you’d think. A common reason for this is that the collector made a mistake about the root, or the street was inaccessible.

This might be due to weather, construction, or other obstacles that make it too difficult for the large trucks to travel down the street.

7. Lack Of Trash And Recycling Bins

A harsh reality of living in Philadelphia, and many other large, cramped cities, is that even if you wanted to properly recycle or dispose of your trash, the lack of public bins makes this an everyday nuisance.

Not only does the shortage make it more tempting to just toss your trash on the street rather than look for the closest public garbage bin, but it also causes the bins that are around to fill that much faster.

This issue increases when city residents start throwing out their household trash in the public trash bins rather than using a private alternative.

It’s no secret that Philadelphia is one of the most popular tourist destinations in the United States. With millions of visitors each year, the city sees a lot of foot traffic, which comes with a lot of litter.

In addition to tourists, Philadelphia is also home to many major sporting events and conventions, which also contribute to the high volume of litter on its streets.

Cleaning up after these events is difficult in of itself for public sanitation workers, but the frequency that they occur throughout the city increase the chances that litter will be left behind in between events.

This litter then blows around the city and often accumulates underneath parked cars lining the street where cleaning crews and machines can’t reach.

One of the primary reasons why Philadelphia is so dirty is that it doesn’t have enough sanitation workers.

The Department of Street needs to employ hundreds, if not thousands, of individuals to work crucial sanitation careers, but poor pay and long hours has led more and more people to avoid these jobs.

Without enough people employed by the city to keep the streets clean, the brunt of this task falls to its citizens, which is where our previous reason of poor cultural mindset and lack of incentives comes in.

While citizens can definitely make a noticeable difference, the litter crisis in Philadelphia won’t truly improve until more people are employed to focus solely on improving this issue.

To learn more, you can also read our posts on why Paris is so dirty, why LA is so dirty, and why people hate Florida.

While it is true that the city has some challenges to overcome, there are also many people working hard every day to make Philadelphia a cleaner and more enjoyable place to live.

Hopefully, with continued education and awareness, the city will continue to make progress in its fight against litter and pollution.

Why Do We Exist? (15 Deep & Philosophical Reasons Why)