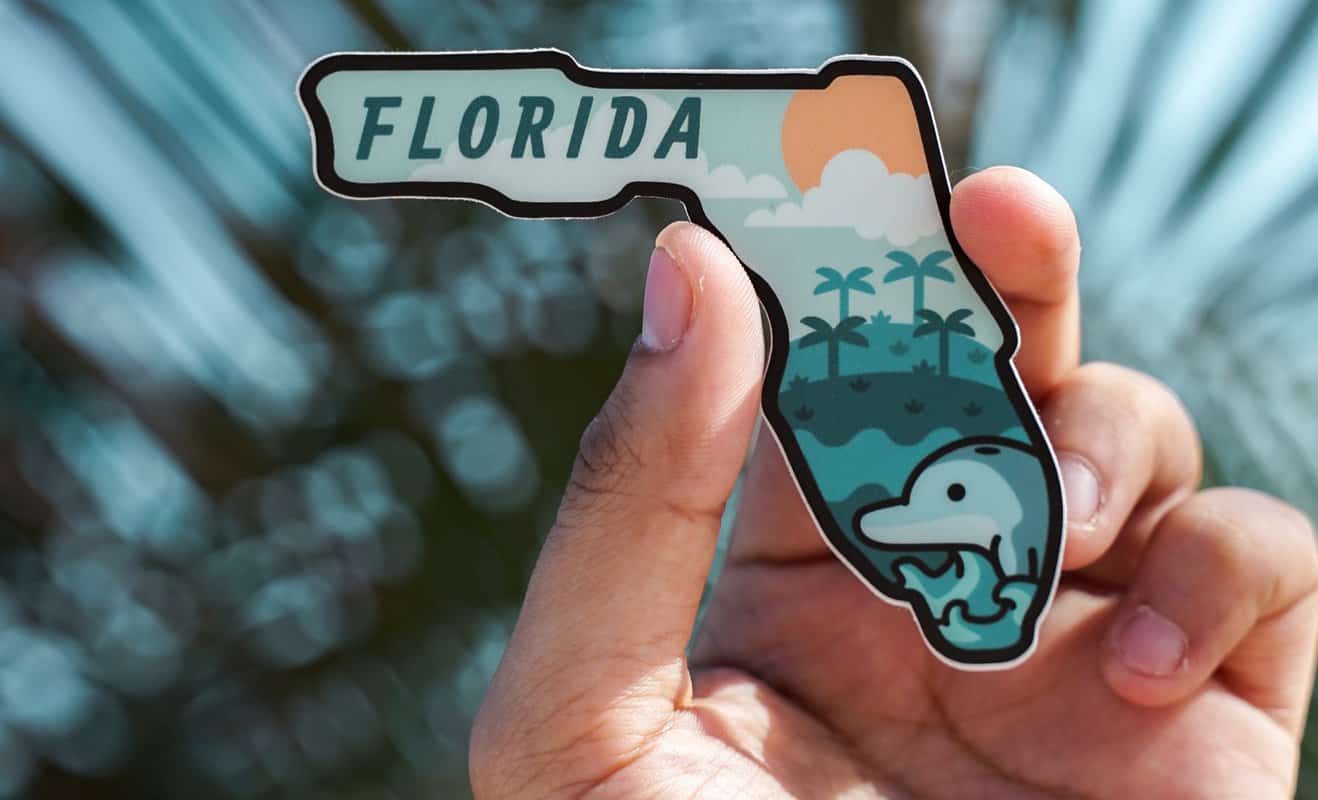 Florida, also known as the Sunshine State, seems to get a lot of hate despite its bright nickname. You would think being the birthplace of everyone’s favorite cartoon mouse would bump Florida up on the likeability scale.

Still, though, whether on mainstream news, a trending meme, or a general opinion poll, Florida consistently comes up as the state people love to hate. Here are a few reasons why this east coast state is a hated one.

Why Do People Hate Florida?

Sweat stains, frizzy hair, and sunburns are never in short supply in the hated state of Florida.

The Florida summers (which are pretty much the months of February to December) feel oppressively hot with humidity in the air that never seems to break.

Florida is supposed to be a great state to visit beaches and walk around the sites but who can enjoy any of that when it is blistering hot out?

The type of heat in Florida makes it significantly worse as well. Humidity means even the shade doesn’t feel cool.

It doesn’t matter if you’re by the water or waiting in line for a roller coaster, the weather will always be: wet oven.

The crime rate in Florida consistently matches if not exceeds the national crime rate for the whole country. American national news never fails to report on another terrible crime occurring there.

Florida’s reputation for frequent crime and violence means that the term “Florida Man” has become commonplace.

Turn on the latest news and you’re likely to hear a criminal news story leading with “Florida man…”.

Florida is often referred to as a “Swing State” during election time.

This is because its population is closely divided politically which means there can be quite the partisan divide on popular issues in Florida.

There most definitely is a divide in this east coast state. You may recall the nail-biting, face-palming Florida recount in 2000. Florida: Keeping politics partisan.

Until not that long ago, Florida had very lax regulations on dispensing pain medication, and many point to Florida Pain Clinics as a key driver of the opioid crisis in America.

These “Pill Mills”, as they came to be called, would inappropriately prescribe large quantities of opioid drugs and in Florida, became an oasis for people who couldn’t access these prescriptions out-of-state.

The Pill Mill law came into effect in Florida in 2011 which reduced the number of pain clinics. There are still a few in operation now and the negative outcomes of years of drug diversion are still a problem.

In Florida, there literally ain’t no mountain high enough. Florida has the lowest average topography of any state which means no mountains, no waterfalls, and not a whole lot at all to climb up and explore.

When Walt Disney proposed building in Orlando, he remarked on how inexpensive the cost of land was. This is because all the low-level terrain amounted to wetlands and swamps that no one else wanted to build on.

There are some forested areas and the Everglades, but these are typically swampy and not all that inviting to go exploring in. 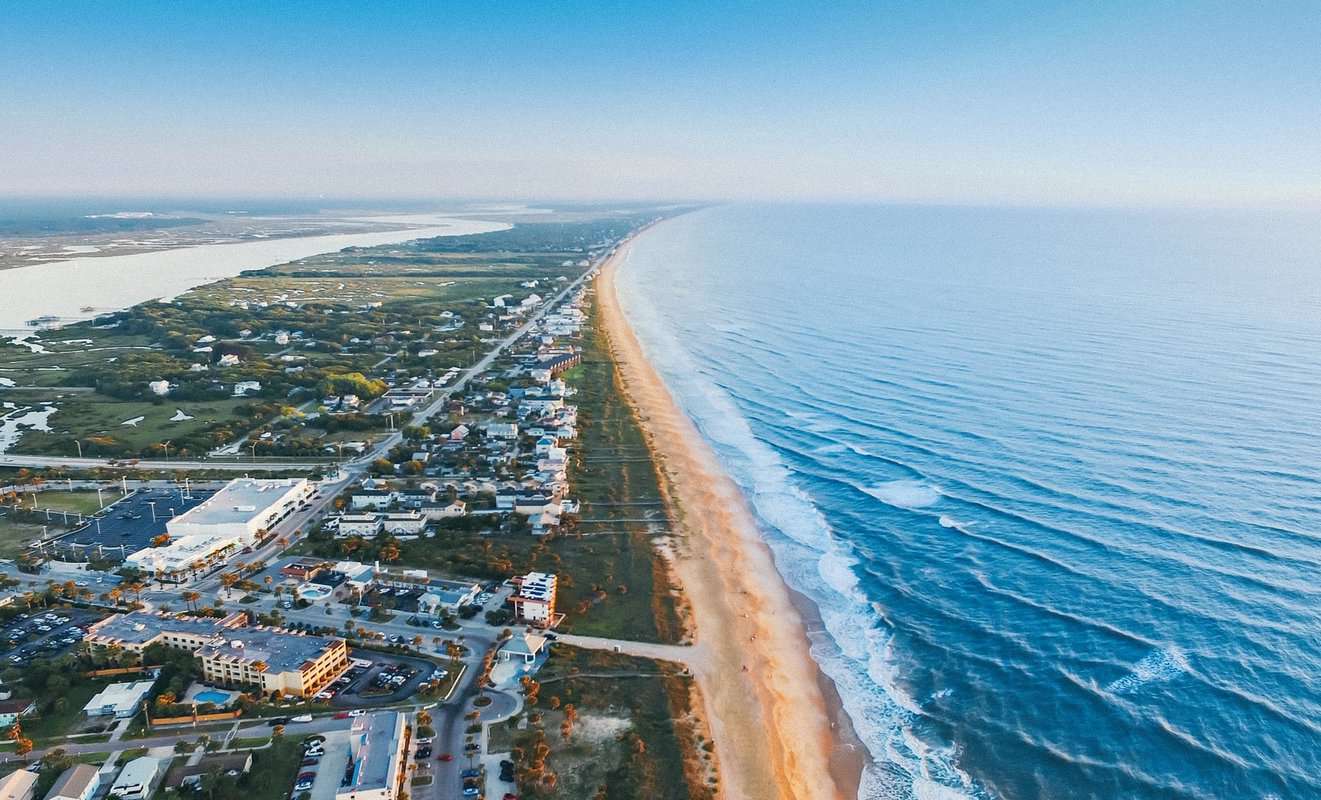 Florida is a notoriously popular destination for retirees. Some, known as ‘Snowbirds’, are seasonal citizens looking to escape the winter season in their home state or country.

Others are looking to finish out their years there in the sun.

This is all well and good if you run a golf course but for everyday Floridians, this means lineups at pharmacies, waitlists at restaurants as of 4 pm, and Sunday driving every day of the week.

7. All Seasons Are The Same

The temperatures do rise and dip in Florida, sure, but if you live in Florida you’ll never need a pair of snow pants or look forward to the changing color of fall leaves.

Warm days are great but don’t they say that variety is the spice of life? Also, if you’ve had one Christmas with snow you’ll never really enjoy it the same with palm trees.

Floridians wouldn’t say they’re from ‘the South’ but the state itself is as far south as you can get in the USA without going to Hawaii and you don’t have to look far to find hints of Southern culture.

Florida is known for being weird. You don’t have to travel far to find the best of redneck culture including moonshine brewing, monster truck jams, roadkill BBQs, and mud bogging.

From swamp races and the twangy accents, it can sometimes feel like you’re in the heart of Dixie.

It may not be a stat Florida puts on any postcard but the state often ranks among one of the most dangerous states for driving.

The reasoning for Florida’s terrible traffic ranking could be the senior citizens who haven’t taken a driver’s test since before the internet.

It could also be due to the dense population of tourists who have no idea where they’re going.

There’s also just a large population of commuters on the road rushing to get to work and school.

Combine all of the above with driving conditions 365 days of the year and Florida is bound to keep its spot at the top of the list of terrible states to drive in.

With beaches, attraction parks, and sunny weather come tourists and all the garish development that comes with it.

Over time, many developers have plotted out plans in Florida with the theme of ‘stack ‘em deep, and sell ‘em cheap.”

Subdivisions sprawl out in many areas featuring the same stucco exteriors and you don’t have to go far to spot a block of art deco buildings bookended by a souvenir shop masquerading as an oversized piece of fruit.

It may be hard to believe, but it turns out the happiest place on earth actually adds to people’s hatred of Florida. Don’t believe me? Ask a local.

Disney has created jobs and secured a strong tourism economy, particularly in Orlando. Most of us know at least one big Disney super fan.

As one of the largest brands in the world, no amount of economic boosting and cute cartoons can save Disney from criticisms of corporate greed.

Since the opening of the Magic Kingdom, the amusement park and attraction business in Florida has exploded but most thank Disney for kickstarting the plasticization of recreation.

To learn more, you can also read our posts on why Florida is the worst state, why Detroit is so bad, and why people hate Los Angeles.

Some might argue that Florida’s problems can be found anywhere. Florida, however, has found a way to fold together all of the most frustrating and uncomfortable parts of being there and baked them together in its wet oven of an eco-climate.

If you can look past the heavy crime, monotonous seasons, and uninspiring terrain; just beyond the blue-haired transplants and stucco architecture, Florida probably doesn’t seem all that bad. Just make sure you have your anti-frizz and car insurance handy.