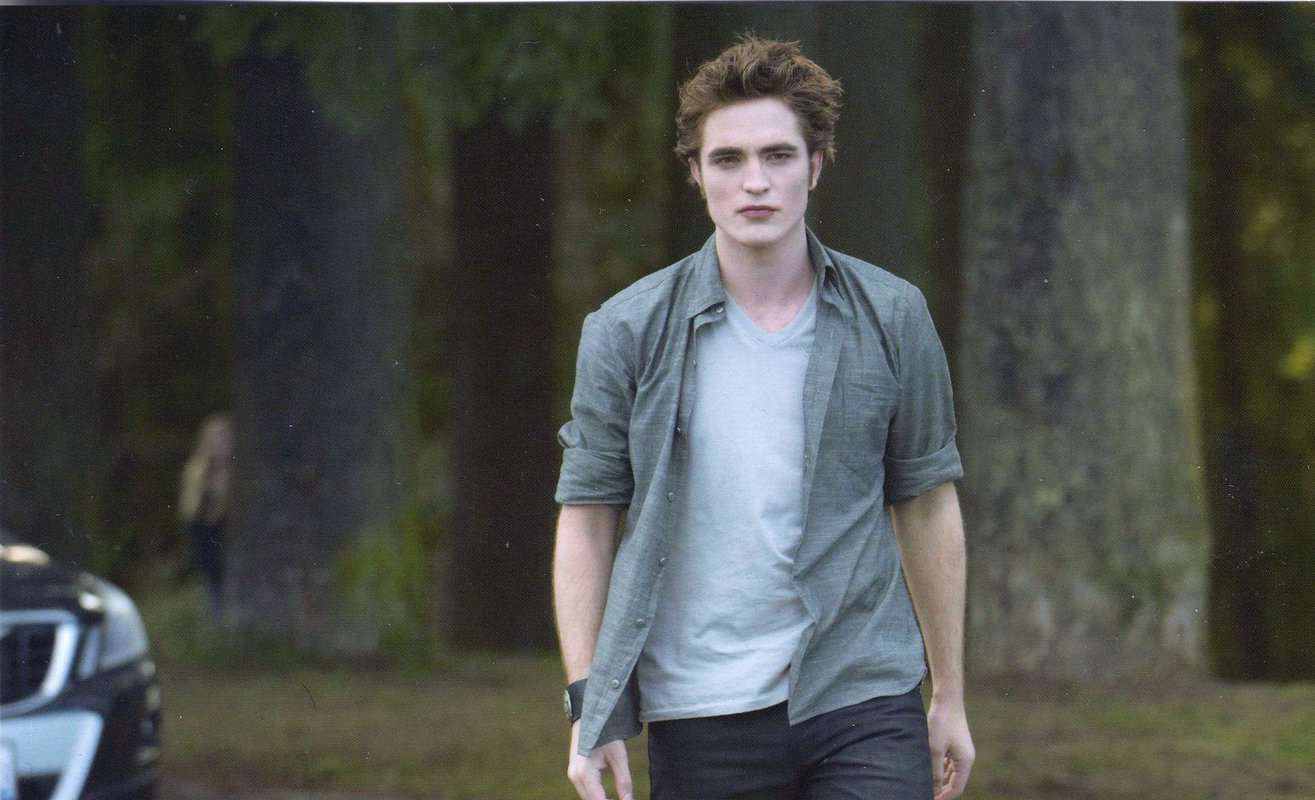 Back in 2005, a book series written by first-time author, Stephanie Meyer, hit the shelves and was quickly adapted into movies released in the mid-to-late 2000s.

The Twilight franchise has made millions of dollars but aside from the Twihards (not a typo), many think Twilight should have been sunset before it even got printed.

Why Is Twilight So Bad?

From the preamble to the dialogue, and the long, drawn-out observations that sometimes change tenses (which is a whole other grammatical nightmare), the writing in these books is insufferable.

Twilight’s take on teenage thoughts and banter goes beyond corny and melodramatic. It is a level of exasperating description that will make your eyes roll back and around again.

Reading the book, you can kinda picture the ‘shimmering skin’ Meyers gave vampires when the sun shines on them. A weird feature that actually seems impractical when you think about it.

We’re expected to believe that all these vampires walking among us, in high school no less, amidst normally clumsy, forgetful teenagers, are just ever-so-carefully keeping all of their skin covered?

I get that these are supposed to be sexy vampires, not the evil ones who we want to see burn up in the sunshine. Shimmering though? Like diamonds? Really?

3. Edward And Bella’s Relationship Is Creepy

Off the top, let us keep in mind that Edward Cullen, an ageless vampire, is technically over a hundred years old. Bella Swan, his love interest, is a young woman of eighteen.

That’s right, folks, this obsessive, all-consuming, Fifty Shades of Gray Junior-style love story involves a high schooler, not yet old enough to drink, and a guy who could be her great, great, great grandfather.

And if that doesn’t make you want to shiver, their relationship is mostly based on control and fear.

Edward obsessively stalks Bella under the guise of “keeping her safe” and his power over her affected all of her decisions even when he wasn’t around.

Doesn’t exactly sound like the example of a healthy relationship our youth should be reading about and gets us wondering about Meyer’s own idea of a fantastic relationship.

Let’s start this one off with the characterization of the leads in the story and the films.

Edward is basically a toxically masculine, impulsive character with a savior complex and stalker tendencies. Bella is a frail, indecisive, submissive shy girl who is defenseless on her own.

This gives off a very ‘boys will be boys’ attitude toward what we would normally call relationship red flags.

What’s worse, Bella excuses all of Edward’s crappy behavior (including an admission of murder) because he’s “been hurt.” It’s unclear even now how anyone managed to become a Twilight fan.

Bella’s character is the actual worst. She takes brooding to a whole new level which Kristen Stewart, although pretty much flat throughout all of the Twilight films, nails with her ever-present pouting.

Bella wallows in the unremarkable and resigns to mediocrity. She is dependent on boys and has no personal drive for anything except flip-flopping between Edward and Jacob. 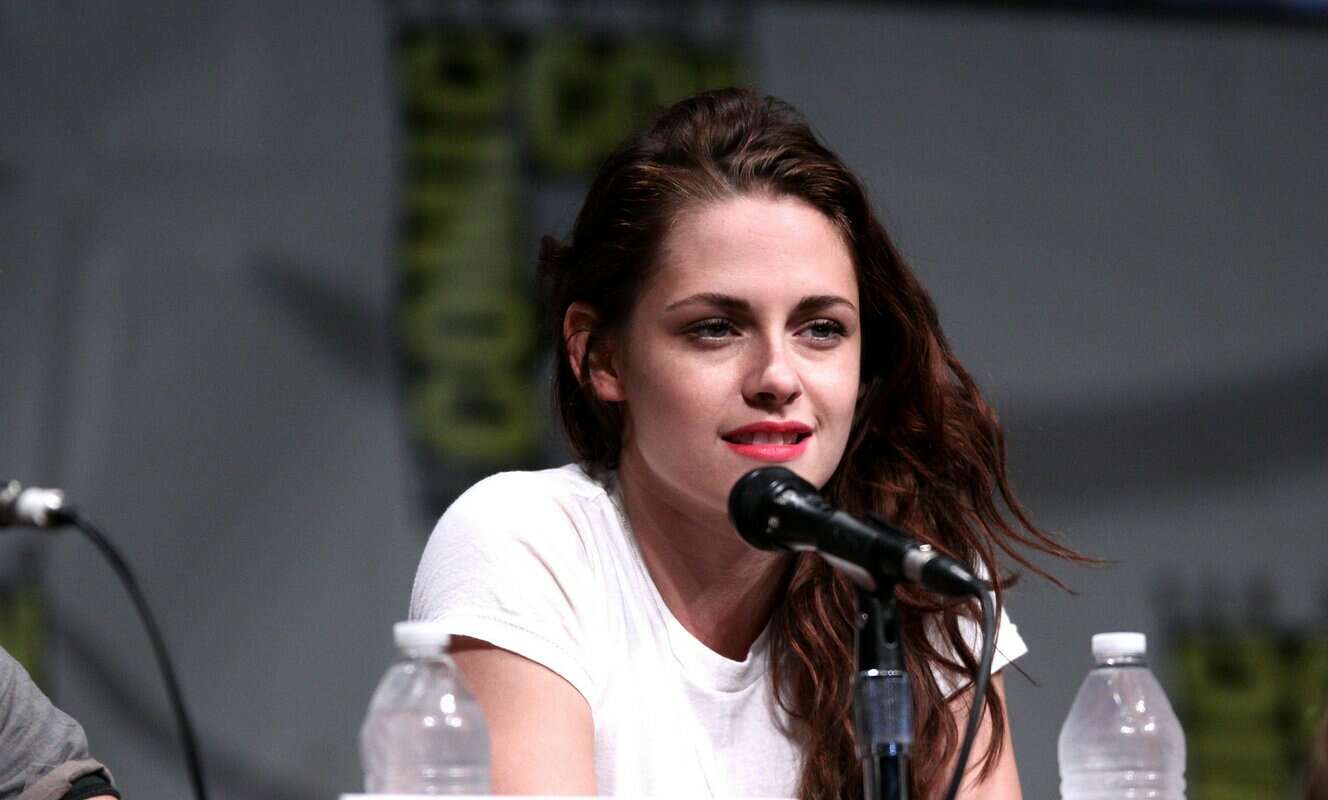 We know this is all just pretend. Vampires and werewolves aren’t real but that doesn’t mean the audience should be served a complete departure from reality with terrible movie graphics.

A few poorly produced CGI scenes worth mentioning include the spider monkey jumping Edward performed with Bella on his back. Who knew vampires could be so graceless?

Then there’s general atmospheric blurring. The effect is supposed to give you the sense of vampiric power and mystery but instead just looks akin to the original Startrek’s lightspeed.

The all-time worst CGI appears in the fourth installment of the Twilight Saga Breaking Dawn Part 1, with the hyper-aging baby, Renesmee.

The look they give Renesmee as she grows from a baby into a toddler in mere moments is pure nightmare fuel. No toddler should look that similar to a Chucky doll.

According to Meyer’s take on werewolf transformation, it always results in shirtlessness. Don’t worry, parents, this film is still PG-13 though because apparently, werewolves keep their pants.

Most importantly, however, all werewolves are gifted rock-hard abs and arms. I guess CrossFit must have started in the woods of the Pacific Northwest.

Obviously, Meyer knew what she was doing when she decided to make these werewolves shirtless, and probably felt rock-hard abs on a werewolf were vital to a fictional love story.

But were they really?

Bella struggling to choose between Edward and Jacob is exhausting and childish.

Why would she struggle in choosing between the caring friend and the impulsive vampire who admits he wants to suck her blood?

This doesn’t seem like that hard of a decision especially given that Bella didn’t really know anything about Edward throughout the conflict of this love triangle.

9. The Most Basic Cast

Casting-wise, the selection of actors is vanilla. They are bland in their diversity and in their acting range, and you can basically tell how much Robert Pattinson is hating his life.

Pretty much everyone in the films plays the same handful of emotions with 4 out of 10 levels of enthusiasm. Broody, melancholy, conflicted, and just fine.

Even when characters are playing angry, they mostly look pouty or at best, perturbed. Everyone kind of has an air of “I just woke up”.

Read More:  Why Was Barney Cancelled? (7 Reasons Why)

The Twilight saga was originally sold as young adult fiction but many very adult women got sucked into the fantasy and romance of the series.

This isn’t necessarily a bad thing until you overhear proclamations of women lusting over “Team Jacob” despite him being roughly the age of their own teenage children.

Imagine a row of moms screaming at a then 17-year-old Taylor Lautner to sign their bras at Twilight movie premieres. Nope. That ain’t right.

Did everyone really just get over the fact that Jacob Black “imprinted” on Bella and Edward’s baby?

Without any plot development and as a little surprise for both the characters and the reader, werewolves instinctually imprint on another person.

According to any Twilight book, when werewolves imprint with another being, they are soulmates forever.

It doesn’t matter that they don’t know each other, or that they are different species or a BABY!

To learn more, you can also read our posts on why Twilight is so popular, why The Office is so boring, and why people like horror movies.

There are likely Twilight fans who would read this list and argue that all of the above reasons are just criticisms from someone who doesn’t appreciate the genre.

Aren’t we supposed to let go of reality and let a few plot inconsistencies slip here and there in the name of make-believe? Either way, let’s just hope they upgrade from Twilight for their next pick.