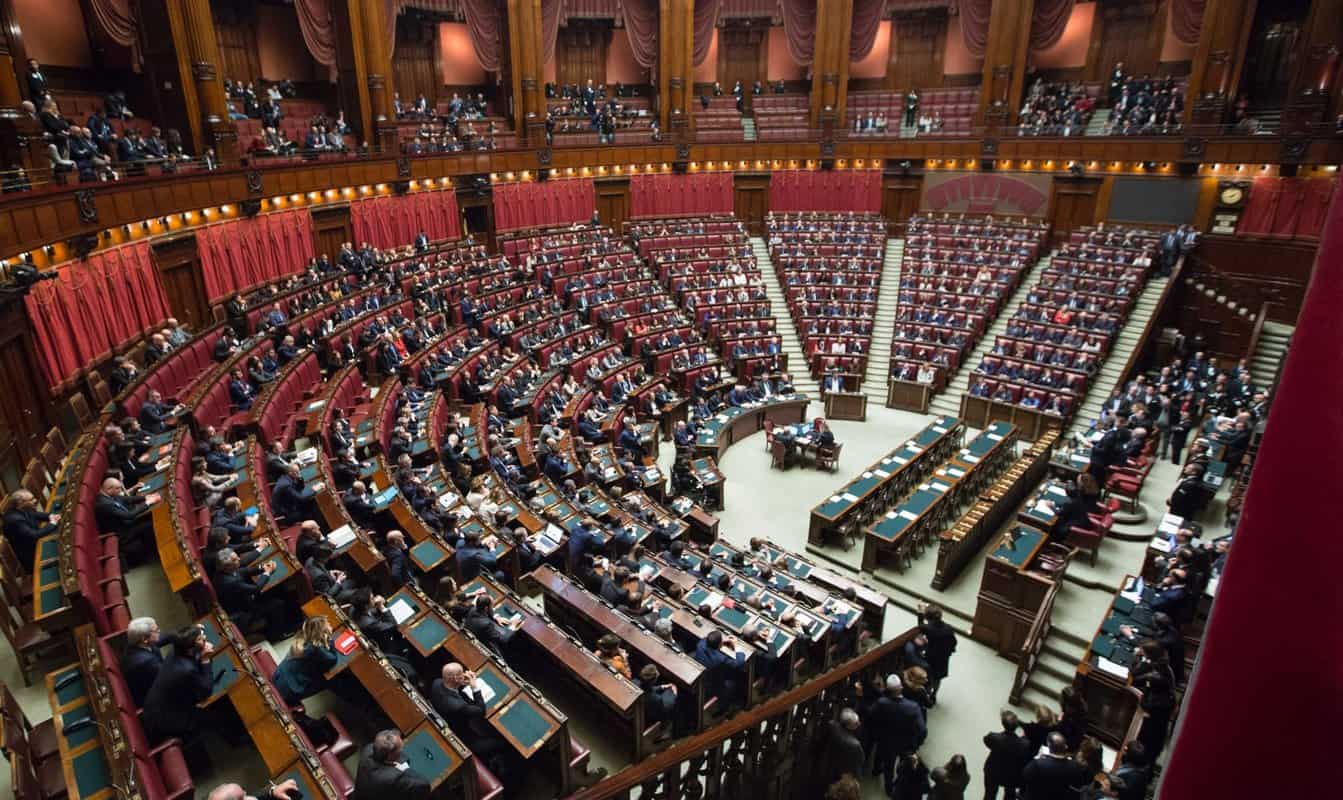 Today, a lot of people have become politically burnt out or simply just don’t care. However, politics shapes so much in our lives that it is incredibly important.

If you are curious as to why politics is important and why it’s such a huge deal, keep reading. I’ll give you 13 major reasons why!

Why Is Politics Important?

When it comes to policies and laws that get enacted, politics is mostly what they are about. Even when it’s meant to be for the people, it’s still all a political game.

Politics is important in this regard because of how good or how ridiculous certain laws may be. You don’t want to vote for someone that is going to push for ridiculous laws.

For instance, if you are pro 2A in America, voting for someone that does not could mean your interests are now being affected. This can apply to just about everything though.

Making sure someone competent is representing you and your interests is a good reason to stay up with politics. There are some people who run who seem to want to make life harder.

Social welfare programs are things like food stamps and section 8 housing. Sure, there are some who think that we spend too much on these programs.

However, these programs are important for those that are down on their luck and need a hand up. We shouldn’t punish people and make survival impossible because of some bad luck.

If you end up with people in office that want to abolish this, the homeless problem will become even worse. Another risk is children ending up hungry because their parents can’t afford food.

With the rate of inflation skyrocketing, even the middle class is struggling to pay their bills. Imagine how much worse it is for the lower class or those below the poverty line.

This isn’t simply on the federal level either. Local politics plays a role in your state and local communities. These things need to be addressed or the problems society has will only worsen.

These are the things that affect you and your community. You’ll get to vote on tax increases that can go towards schools or other public services. These things need to be voted on every time.

For instance, in places where wildfires are a concern, you don’t want an underfunded fire department. That funding affects their equipment and personnel staffing.

If these important things don’t get funded, you may see decreased response times and equipment failure. It’s important to know the local politics so you can determine how to vote.

Another example is voting for judges. Some judges seem to have biases in their history that can negatively impact your community.

There are those that will be harder on crimes and then those that do their best to find alternatives to long jail or prison sentences.

Whichever side you are on, make sure you are voting with what aligns with your ideals and what is best for you and the community as a whole.

This is such a huge topic in today’s political climate. Nearly everyone deserves to have representation for themselves and their beliefs.

Having representation that only leans one way over the other creates echo chambers and it stifles the progress of the entire country.

Despite how it seems today, countries do genuinely need conflicting beliefs in order to expand the visions of everyone who is voting for their representatives.

Now, this doesn’t mean voting for extremists, simply regular people with differing views that aren’t dangerous to anyone else. Having multiple views can help people progress.

If you are a minority or woman, it’s also nice having someone to represent your own interests as well. Such as racial and gender equality everywhere and for everyone.

If you get into politics and understand them, you’d better be able to understand your own rights. People tend to overlook this a lot.

If you don’t understand your rights, then how will you know what to do in a situation where you may actually need the information?

There is a plethora of knowledge you should look into. This will help if you ever find yourself in a situation. Understanding your rights is a necessary thing in this world.

Politics affects just about every aspect of people’s lives. This can range from reproductive rights to marriage rights.

This point sort of ties in with the above point about local voting as well. If you choose to not vote or are not informed well enough, this can have real-world repercussions.

That’s why it’s so important you are involved in the political process because if not, you may come to regret something that gets voted in that is counterproductive to your life.

It’s a shame that politics has come before actual people, but that’s the way it is now. This reason alone should be enough for anyone to be involved.

Having your life negatively impacted should be avoided if possible, and understanding politics is one of those ways to do it. 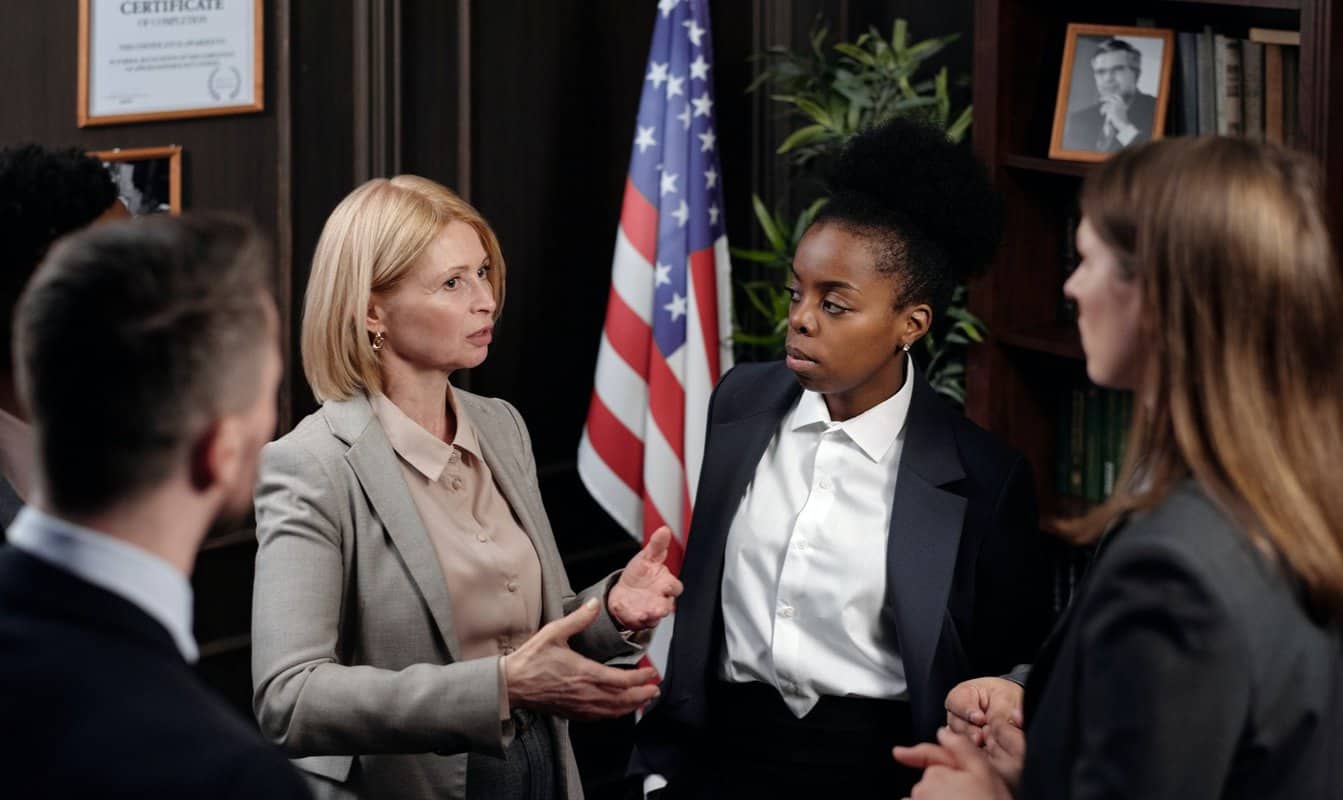 One of the most powerful ways to show the government what the people want is to vote. This is such a huge way to make sure your voice is heard.

On a local level, you can go to meetings for city councils as well. They usually have a portion that is basically an open forum for discussion. Take advantage of these opportunities.

Make sure they hear what you have to say and keep pushing it. All voices matter, don’t let yours get lost.

8. Determines The Control Of Power

This is pretty simple, politics gives the representatives power. If you don’t vote you’ll never get a say in it.

It’s important that the right people are in office, regardless of political affiliation. Politicians represent the people and that’s how it should be. You help determine that power balance.

Understanding politics from an early age can help prepare you for when you are an adult. You need to know basically everything covered here.

If you understand how voting on tax increases works when someone becomes an adult they’ll be able to vote while understanding how it will affect their lives and their bottom line.

Having a two-party system is not ideal. However, it’s always going to either be republican or democrat that gets voted in. Political parties are an important thing and it’ll help you vote.

If you go in blind, you may vote with whoever is telling you who to vote for. You want to make sure that you understand exactly what you are voting for and advocating for.

11. Be An Informed Voter

This is simple, don’t just listen to people or blindly vote. Do your research to make sure you are voting exactly how you want.

Simply listening to others may give you a skewed opinion of what you are advocating for. If you are uninformed you could end up not having your interests met.

Try to not let people influence your decisions. The most vocal tend to be extremists and those views can be damaging. So, do independent research and look for information with little bias.

12. Reign In The Government

Power is how the government is run. The four-year elections and midterms are a good way to make sure politicians know the people have the power.

If a politician isn’t following through on promises, vote them out and make sure the power imbalances don’t get out of hand.

Politics is ingrained in every single country’s foundation. Some are better than others, of course. A dictatorship is not what anyone should be living under.

In America, politics shapes the very country we live in. From massive decisions to the smaller local level ones. This is how the people can shape the country how they want it to be.

To learn more, you can also read our posts on why Princess Diana was so loved, why Russia is so evil, and why China is not in G7.

As you can see, there are a lot of reasons why politics is important. There are even more reasons, but these are the big points that everyone should know.

Every single bill or policy that is brought up needs to be researched. Without the knowledge, we could lose everything while the power remains consolidated with the same people repeatedly.