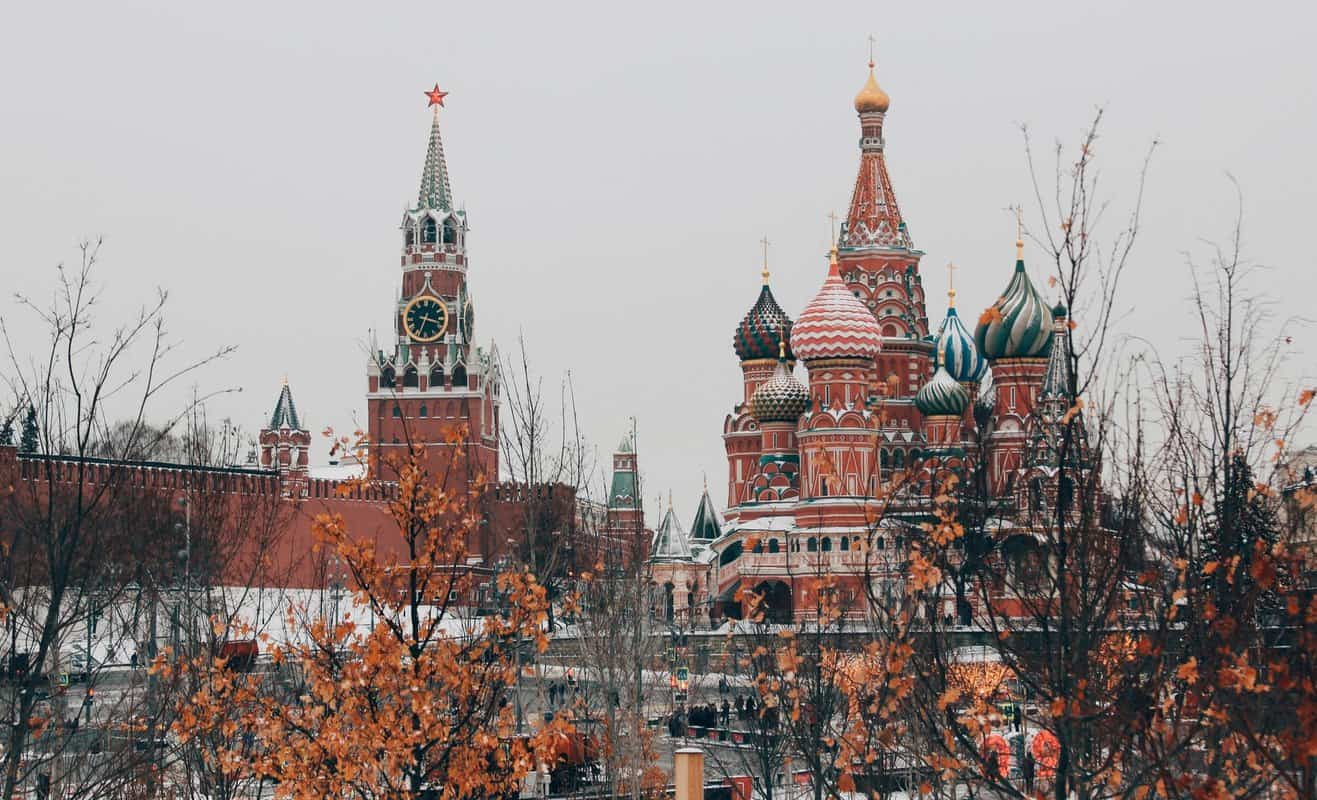 Very few, if any, countries are considered to be ‘good.’ Most countries have engaged in some horrible act during their existence, likely in service of their continued existence.

However, very few have such a bad reputation as Russia. Whether in its incarnation as the USSR or its current standing as the Russian Federation, many people regard Russia as downright evil!

Why Is Russia So Evil?

The President of Russia, Vladimir Putin, has ruled the country since 2000 except for four years between 2008 and 2012.

Even during his non-presidential period, Putin operated as Russia’s prime minister, exercising almost total control over the country and its government.

Vladimir Putin is a former longtime officer of the KGB. The KGB was an intelligence organization considered the Soviet equivalent of the CIA.

During his time in East Germany, sources reported that Putin was associated with neo-Nazis and various German militants.

Putin has widely been considered a dictator, especially since his invasion of Ukraine. His public image has taken a massive downturn outside of Russia, with many seeing him as an evil man.

With his close allies in various branches of the Russian government and his constitutional reforms that extend his power, Putin’s control of Russia is borderline absolute.

This absolute control only furthers his image as a controlling dictator.

With a reputation like Putin’s, it is easy to understand why so many people would consider Russia evil.

After all, much of the country’s lifespan since the collapse of the Soviet Union has been under the control of a man who is considered a genocidal dictator!

2. Legacy Of The Soviet Union

The Soviet Union has a reputation as being, at the very least, somewhat shady. The USSR was known for brutal tactics in warfare and inhumane experiments on living creatures.

As the Russian Federation is the immediate successor state of the Soviet Union, many shadows of the Soviets follow Russia into its modern incarnation.

Much of Russia’s issues stem from comparisons to the Soviet Union, which is directly tied to Russia’s modern image.

Throughout all of its history and its various incarnations, Russia is known for high levels of corruption in the highest positions of its government.

Corruption in the imperial government of Tsar Nicholas II directly leads to the Soviet uprising. The USSR was particularly known for its high rates of corruption, especially under Josef Stalin.

Read More:  Why Was Margaret Thatcher Hated? (11 Reasons Why)

High-level government corruption permeates into modern Russia, as well. In a 2021 study on government transparency, Russia was the lowest-rated European country.

Russia has a long, complicated history that can include many atrocities. In the Soviet Union, Russian politicians were known for “disappearing” political rivals and starving their people.

Throughout its history, Russia has also been known for various massacres and genocides, including killing upwards of three million Ukrainians in the 1930s.

Russia’s complicated history with Ukraine does not begin or end with genocides. In 2022, Russia launched an invasion of Ukraine in a move condemned by many as fascist.

Russia’s invasion of Ukraine comes off the back of an eight-year war that began with Russia’s annexation of Crimea in 2014.

These actions have both led to widespread anti-Russia sentiment, providing much of Russia’s evil image.

China is another country often considered “evil,” for many of the same reasons as Russia. The two countries have shared close relations since the early days of the Soviet Union.

In recent years, Russia and China have described their relationship as “closer than allies.” With these two countries being so close to each other, they often are conflated.

Russia’s reputation is further damaged via its relationship with China as China is allied with one of the most widely-loathed countries on the planet, North Korea.

While Russia is not aligned with North Korea, and the Russian populace does not particularly like North Korea, they are still widely seen as guilty by association. 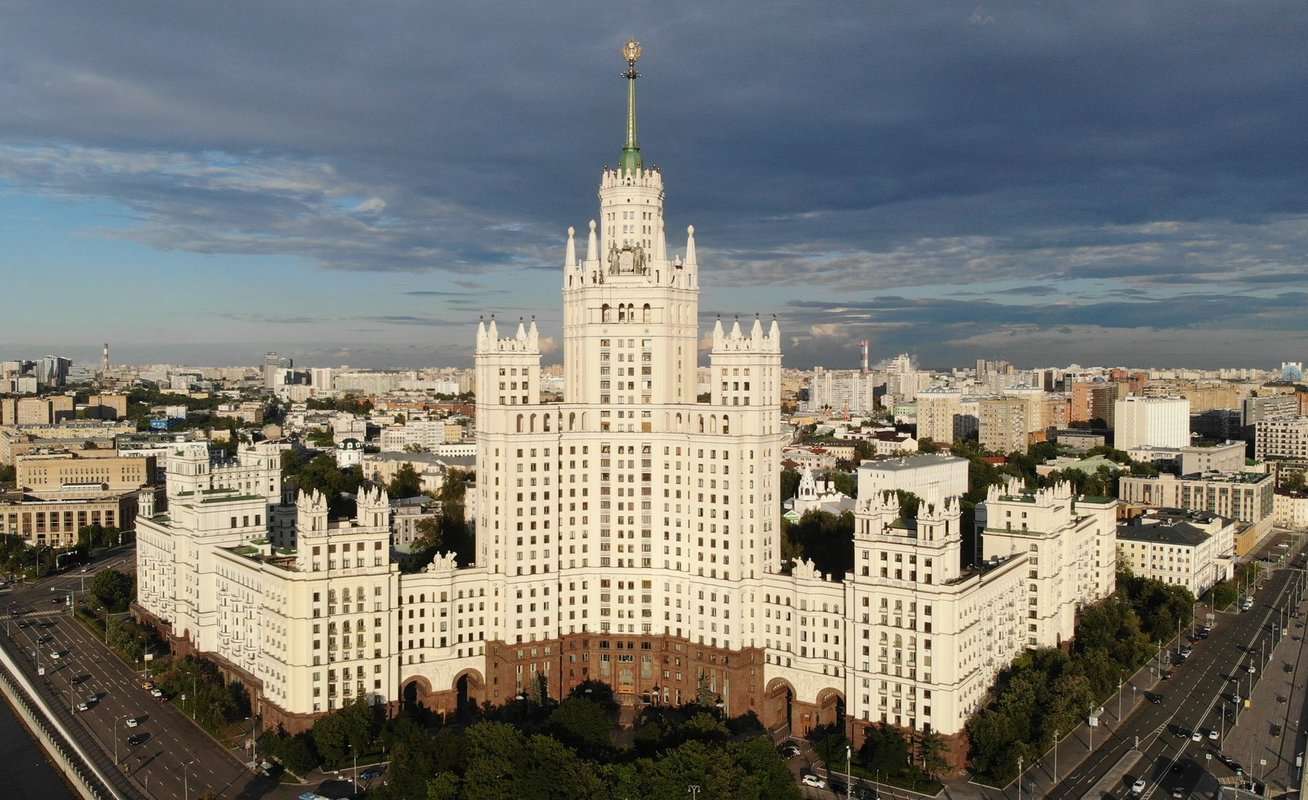 Russia is known for its participation in the Cold War against the United States.

Due to a large amount of propaganda used by both sides, Americans have a more evil perception of Russia than other countries might.

One of Russia’s major issues is its lack of political transparency.

This lack of transparency results in the regular assassination of political dissidents and journalists, contributing to Russia’s negative image by painting Russia as totalitarian.

Keeping in line with the Russian tradition of government corruption, the country is widely perceived as being influenced by a group of Russian oligarchs.

These oligarchs came into power during the fall of the Soviet Union, taking advantage of the major government sectors which were rapidly becoming privatized.

The existence and power of these oligarchs are widely recognized outside of Russia, with the US Treasury even publishing a list of known oligarchs.

The most famous of these include Russia’s invasion of Ukraine in 2022, which is the culmination of a conflict that began with Russia’s annexation of Crimea in 2014.

In 2008, Russia fought a war against Georgia that led to the Russian occupation of Georgian territory in Abkhazia and South Ossetia.

From 1999 to 2009, Russia fought in the Second Chechen War, in which they invaded and regained control over Chechnya, which had broken away in the First Chechen War in 1996.

While many consider this issue to be up in the air, it aligns with Russian policies of interference.

No matter what your opinion is on Russian interference in American elections, it’s hard to deny their history of such actions!

Russia is known for lacking human rights, especially regarding LGBT and prisoner’s rights. Guards on any level routinely torture prisoners, and many prisoners die in Russian custody.

The Russian government is also known for its widespread violations of children’s rights, with officials routinely abusing many of the country’s large homeless orphan population.

Human trafficking has also become a central issue in Russia, with many women and children forced into prostitution.

Russia has banned gay marriage and all same-sex civil unions, with single, foreign individuals banned from adopting Russian children if they live in a country where gay marriage is legal.

Experts regard this ban on adoption as counterproductive, especially regarding the Russian issues with large orphan populations.

Chechnya, currently a part of the Russian Federation, is known for its systematic torture and murder of gay men, with concentration camps being constructed to hold gay and bisexual men.

These anti-gay purges were reported to have started in 2017, with the UN Human Rights Council condemning Russia’s actions shortly after.

Among Russia’s many human rights violations, the UN voted to remove Russia from its Human Rights Council in 2022 after Russia invaded Ukraine.

This suspension marks the first time any member of the UN Security Council had been removed from any United Nations council or body.

While there are plenty of reasons that Russia can be considered genuinely evil, a good portion of Russia’s image as evil is due to stereotypes propagated by Hollywood and regular people!

Think about how many villains in movies, books, and video games have been Russian characters, if not the entire Russian government.

Russian people are significant villains in most video games of the Call of Duty series, and many famous James Bond villains have been Russian or have had ties to Russia.a

Movies such as Red Dawn or Rocky IV feature heroic American protagonists overcoming some kind of Russian threat, with the films portraying Russians as cold and machine-like.

Even sinister non-Russian Slavic figures can be associated with Russia, such as Vlad the Impaler. While commonly associated with vampires and Russia, Vlad Tepes is a Romanian national hero!

This all makes sense when you consider the historical context of the Cold War.

American propaganda would paint Russians as evil as possible to minimize defectors and ensure American loyalty and patriotism.

The only problem is that these stereotypes stuck around even after the Soviet Union fell!

Russians who have no control over their government may be painted as evil due to stereotypes over half a century old.

To learn more, you can also read our posts on why Russia is so bleak, why Stalin was feared in the Soviet Union, and why communism is good in theory.

Ultimately, there are many reasons that Russia could be considered evil. They are certainly one of the most intimidating and historically scary countries that currently exist!

However, Russian citizens are not to be blamed for how evil their country is- they barely have any control over it. Remember, Russia is led by a single dictator and a group of oligarchs!

Why Is School So Boring? (15 Reasons Why)