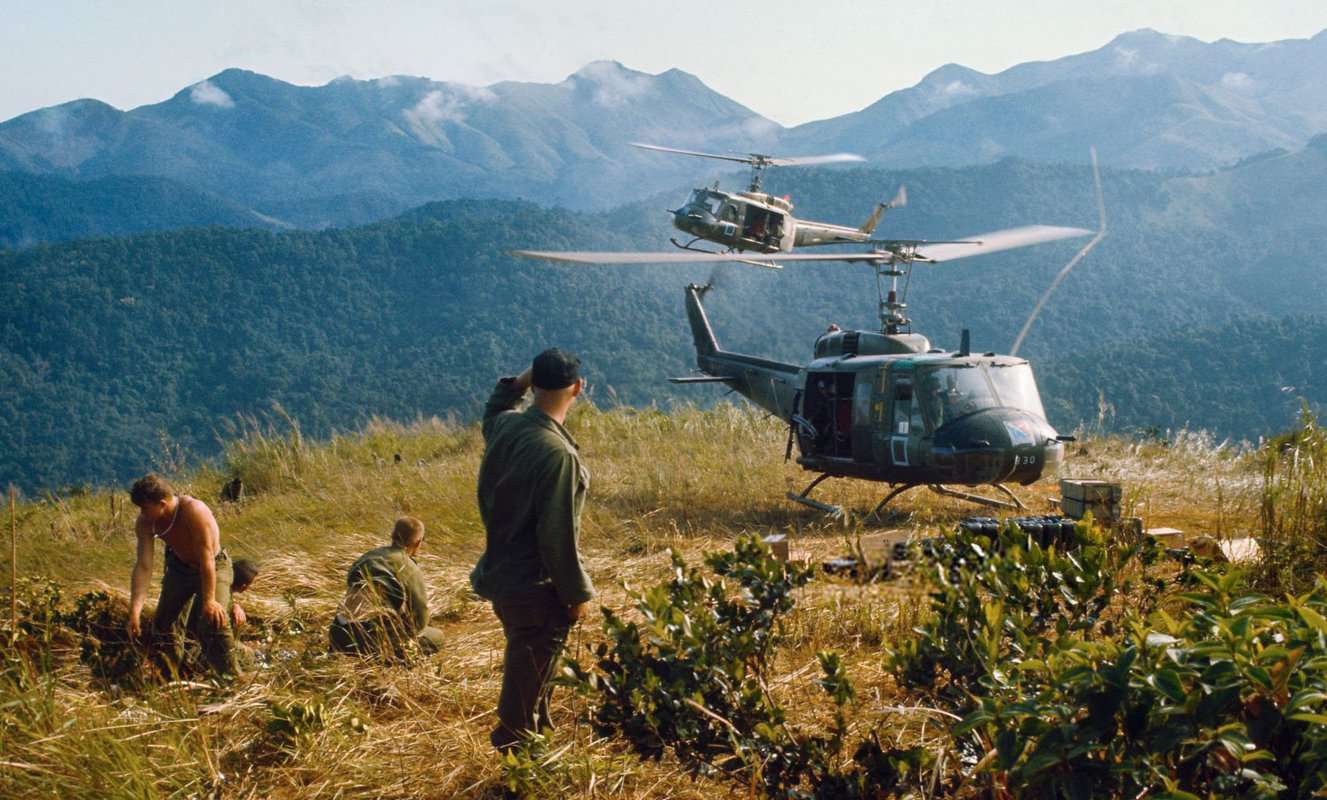 Lasting for more than 2 decades, the Vietnam War is remembered as an enormous failure, with disastrous casualties and consequences.

Why did it last so long? Keep reading to see 11 reasons why the Vietnam War went on much longer than anyone thought it would.

Why Did the Vietnam War Last So Long?

1. We Were Slow To Respond

As the Viet Cong and the Diem Regime were starting to become a problem in the ‘50s, it wasn’t until 1960 that the Americans in Vietnam started calling for aid to Diem.

Already there had been over 100 ambushes a month performed by the Viet Cong.

In addition, in 1960 there would be 2,500 government functionaries (officials) assassinated by the Viet Cong as either real or imaginary enemies of theirs.

But it took a while for Siagon and those in Washington to recognize the problem.

It wasn’t until several Viet Cong companies overtook one of the Army of the Republic of VietNam (ARVN) regimental headquarters in January of 1960, that plans were made.

Why the Americans in Saigon didn’t respond right away is unclear, but many Viet Cong agents had infiltrated the ARVN, so communication of the issue could’ve been delayed.

2. We Fought The Wrong Thing

One criticism was that the U.S. looked at the war as a global struggle against Communism instead of focusing it to a conflict within the nation.

This was correct in that Communist parties like Russia and China aided North Vietnam, but there was a problem.

A global view can prevent focus on local social and political issues. Order does not naturally come out of chaos.

Missing these details may have led to cause setbacks, such as Viet Cong infiltration.

One thing that won’t get an army anywhere in conflict is a leader that changes his mind about it, and the Vietnam war had several.

Read More:  Why Is Everything Political? (11 Reasons Why)

One such “leader” was Lyndon Johnson, who was ambivalent toward the conflict.

One moment in 1964, he would be sending more troops and resources to escalate U.S. movement. The next, he would be prosecuting it and wouldn’t push for victory.

This was extremely confusing for the soldiers on the ground, as you’ll see in a later section.

General Westmoreland was part of the ground efforts in union with General Nguyen Van Thieu, who was in Saigon.

Rather than focus on claiming territory, Westmoreland aimed to kill as many enemies as possible, leading to “free-fire zones.”

His idea was that civilians would be evacuated, leaving the enemy remaining, and B-52s would bomb the areas.

Whether this strategy was poor is debatable. The enemy continued to fight unconcerned about losing territory. Supplies would come via Cambodia and Laos.

5. We Broke The Peace Accords

However, after Nixon’s resignation, the winning democratic congressional candidates adopted the mindset of the peace protestors.

They refused to enforce the Accords, and as Ho Chi Minh tested the new president – Ford – he saw the U.S. wouldn’t come to the defense of SV.

North Vietnam reignited the war and took over the South in 1975.

6. The Soldiers Were Told To Stay Put 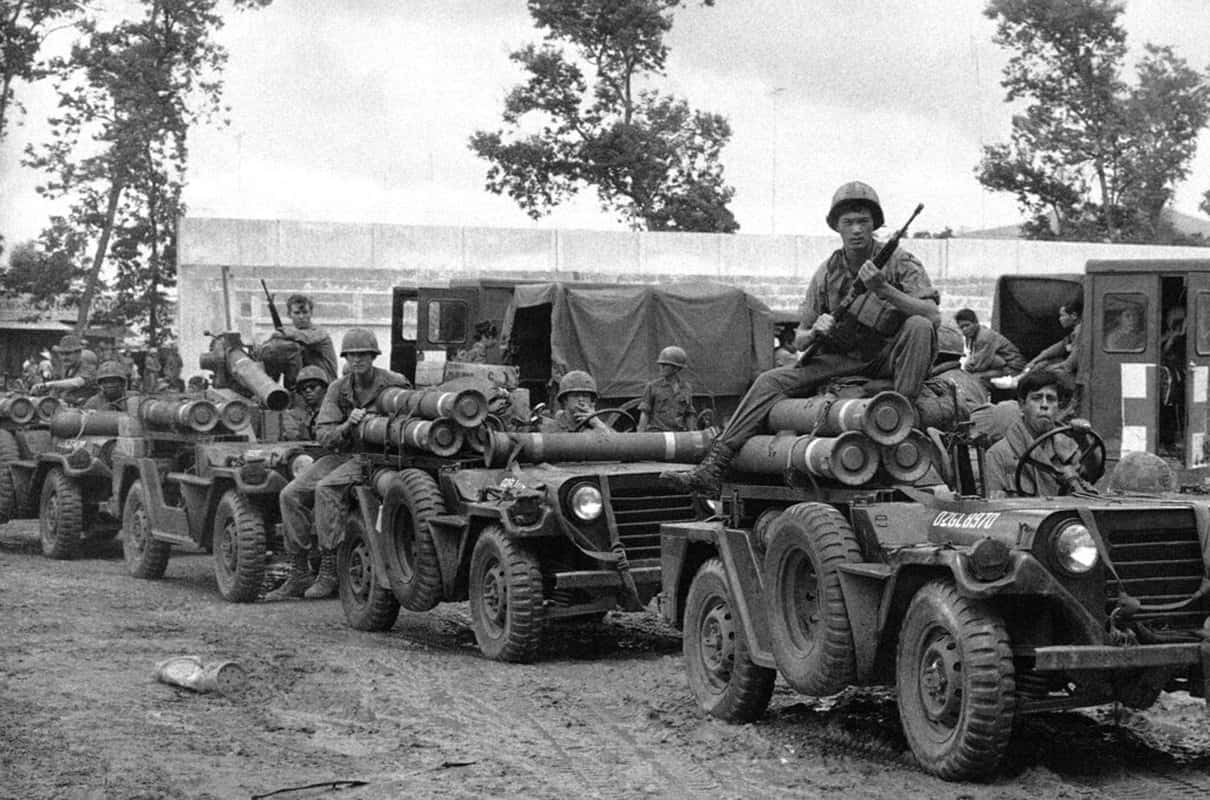 According to Vietnam veteran David Christian, they were told to halt and be defensive when they could have – and should have – advanced.

They had no trouble defeating the enemy in the Ted Operations but being forced to stay put meant they were going to take needless losses.

That’s what happened when the political leaders didn’t know what to do to appease the mobs. Vets say if they had been allowed to advance, the war would have ended shortly.

In addition to being forcibly stopped, GIs during the war were forced to follow particular “Rules of Engagement” that were extremely detrimental.

They regulated when a soldier could fire their weapon based on the weapon they used, who was using it, and where they used it, which changed constantly.

These complications gave the enemy greater opportunities to attack.

To some independent historians, the issue was trying to fight a conventional war when dealing with an insurgency.

Insurgencies use guerilla tactics, which take ages to eradicate because it’s militaristic, social, political, and economic in nature.

Gen. Westmoreland and others tried to end it as quickly as possible because both the soldiers and the American citizens wanted it to end.

Vietnam’s geography was more conducive for the insurgency ground operations, not the air support that America tried to use.

We touched on how the Peace Movement actually extended the war in an earlier section a little bit.

In spite of protesting to “make love, not war,” it allowed Ho Chi Minh to reignite the war in 1975.

In order to appease them, officials would take out of South Vietnam the air support and material aid until the South was completely vulnerable.

Read More:  Why Is History So Boring? (11 Reasons Why)

It prevented President Ford from enforcing the Paris Accord as members of Congress walked out of the room at the mention of it.

North Vietnam would have been handled quickly before 1964. They were not well-trained or well-supplied, even when China sent help to the North.

While the U.S. public, officials, and soldiers were lost in confusion about what they wanted to do, North Vietnam remained consistent.

What this meant was that although we had superior training, supplies, and weaponry, we couldn’t win.

North Vietnam had the same goal and the same mindset. They supported each other.

It showed that you cannot commit to sending men and women to a war that the whole nation isn’t committed to.

In sum, the main reason the Vietnam War lasted so long, was because of America’s inconstancy. We can’t blame the U.S. soldiers, considering France was there before us.

Even though America had better resources, and better-trained men, the problem was bipolar sentiments in the White House and the American Public.