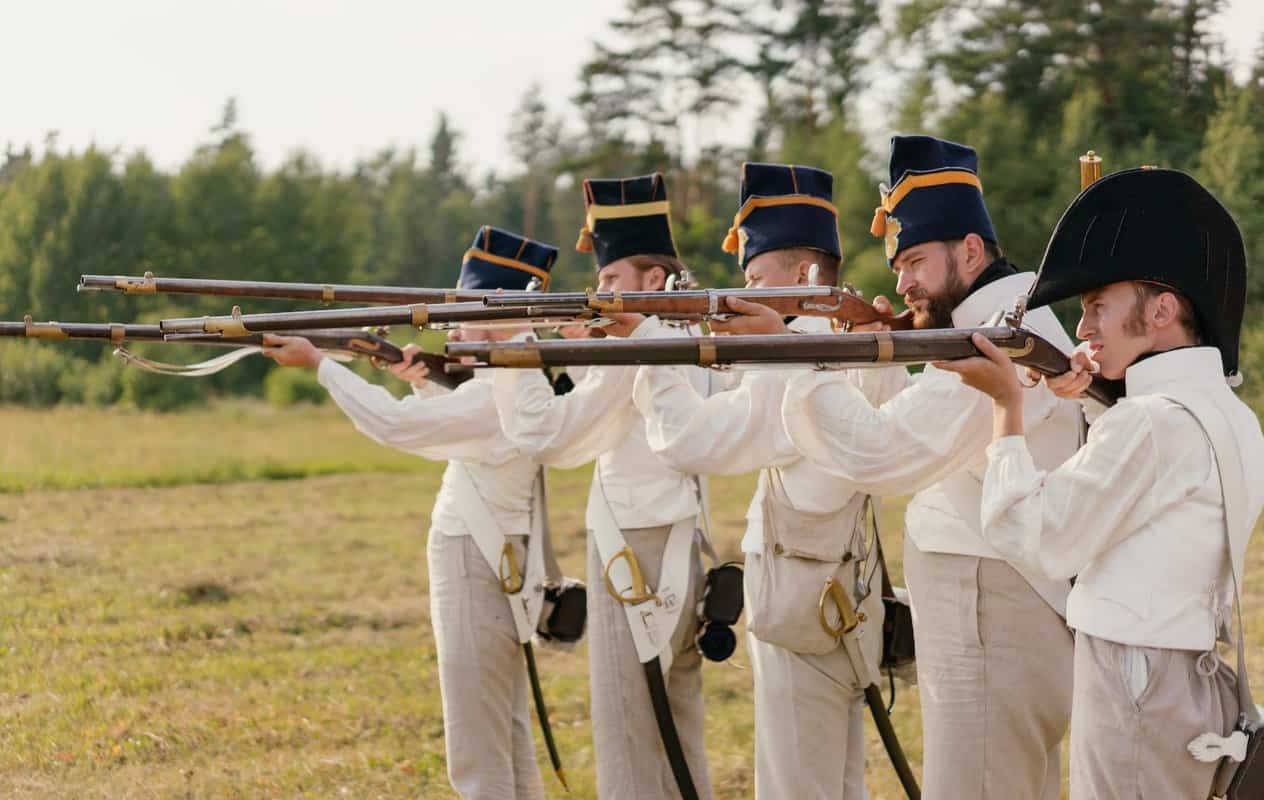 You may not have noticed that in today’s society hats are not worn as often by men as they were back a few decades ago. They are worn today as a personal preference to add to their particular style.

In the early part of the 19th and 20th century hats were part of the clothes they wore. It created a way for men to include something useful in their attire. Men wore hats for various reasons, so let’s get to it.

Why Did Men Wear Hats?

1. Hats Shielded The Head From The Weather

Some of the most common reasons men wore hats, and some still do to this day, is to shield themselves from the weather. A hat was more masculine than holding an umbrella over their heads.

Whether the sun was beating down and your eyes needed to be shielded or the rain and snow poured out of the skies in torrents. A hat with any type of brim would keep the moisture off the eyes and face.

One of the most common things to see back a century ago on men were hats with wide brims. They were designed to shield the face from all types of weather, especially when out in poor weather.

Hats may not seem like they could shield you from falling objects, but you need to remember that we are talking about men from the last century and earlier.

Falling objects back then would have been blowing debris from a storm, sand, or dirt when out on the trail and riding through the country from one town to another.

Small things were prone to fall more often than big things unless on a construction site. Even then, a hat would help reduce the blow if any materials came crashing to the ground.

Before movie stars like Bruce Willis and Vin Diesel, men with bald spots were not held in such high regard. In fact, they were looked down upon and laughed at by others.

A hat took care of this situation for men when they were out and about in public. Granted, when indoors, the proper etiquette was to take the hat off, so such things as the hair comb-over were used.

A balding head is not something to be ashamed of, but for most men, it is a very sore subject to discuss, let alone show off to the rest of the world. Hats made all the difference to them and their self-esteem. 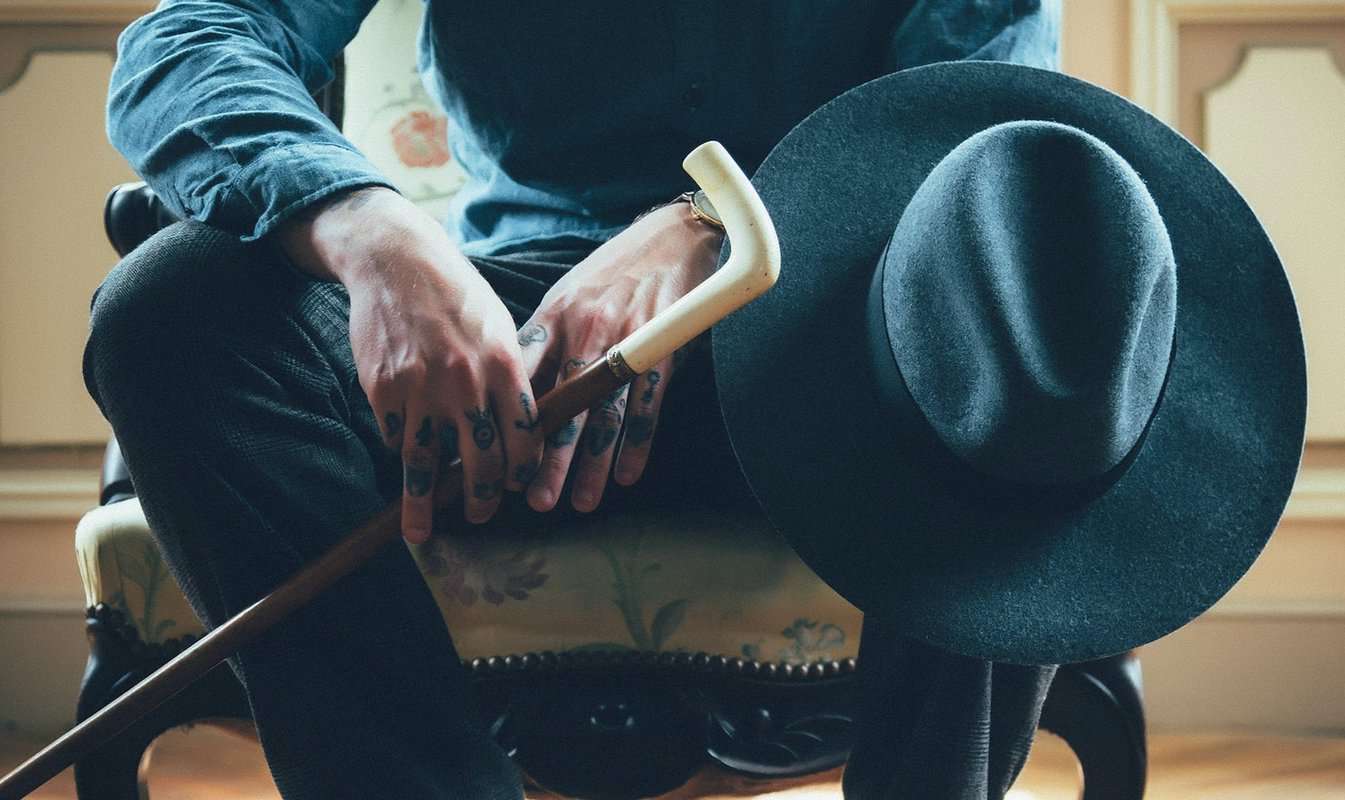 You have probably seen pictures of the early years of the 20th century. When men wore hats in all walks of life because it showed their social classes, much like the dresses and hats did for the women.

Men with a larger hat on were higher on the social status ladder. The rich wore large top hats while the working men wore small, flat-topped ones that did their job and were affordable.

An excellent example of this would be the hat that a wealthy business owner wore (a large tophat) compared to a man that worked in the lumber yards (a small flat-top hat).

You can go back even farther into the 19th century and find that the top hat was not worn by wealthy men but by the average working man, such as a police officer or a coachman.

Read More:  Why Did Women Wear Bonnets? (9 Reasons Why)

Another thing a hat could give away about a man is what he was affiliated with or what company he was representing and working for.

Police and military, for instance. They wore specific hats that went along with who they were and worked for. Another example would be a gangster that wore a specific-colored fedora.

That specific-colored hat, to the men in that particular circle, told the others which mafia family they worked for and how high up the ladder of criminal success they had climbed.

Later in the 20th century, hats started to lose their meaning, but they were still commonly worn with the name of the company they worked for stamped on them for others to see.

6. Hats Were Part Of Their Uniform

Speaking of the military, that is the perfect example of the next reason on the list that men wore hats. The hats they had on their heads went along with the uniform they wore.

Each military branch had its specific type of hat, which was used to identify them to others that were not in their particular group.

Many other uniforms also required a specific hat, such as the hard hats worn by construction workers and the protective headgear of sports stars and upcoming athletes.

Uniforms are not something that you have much control over. If you worked for a specific company that required a hat, you had to wear it.

It became such a common thing to throw a hat on to work that it rolled over to private and public settings, which became a way for the company to advertise itself free of charge.

7. Hats Were The Fashion

Fashion was king for many of the men from the past. To fit into the general public, a man had to have some kind of hat on. Even the poor did their best to fit into the role and find a hat that would work.

In the 20th century, they were worn more as a fashion statement than actual need simply because that was what was in style. Plus, it was a great way to avoid drawing attention to yourself.

To learn more, you can also read our posts on why men wore white wigs, why women wore bonnets, and why most serial killers are men.

Hats were worn by men in the early 20th century for many different reasons, but the main point is that they were not just a part of their dress.

Hats were a part of who they were and what they believed in. That may sound a little strange, but when you think about it, what do you do to your hair every day to make a good impression?

Why Do Vampires Drink Blood? (9 Reasons Why)