Why Is Jack The Ripper Famous? (11 Reasons Why) 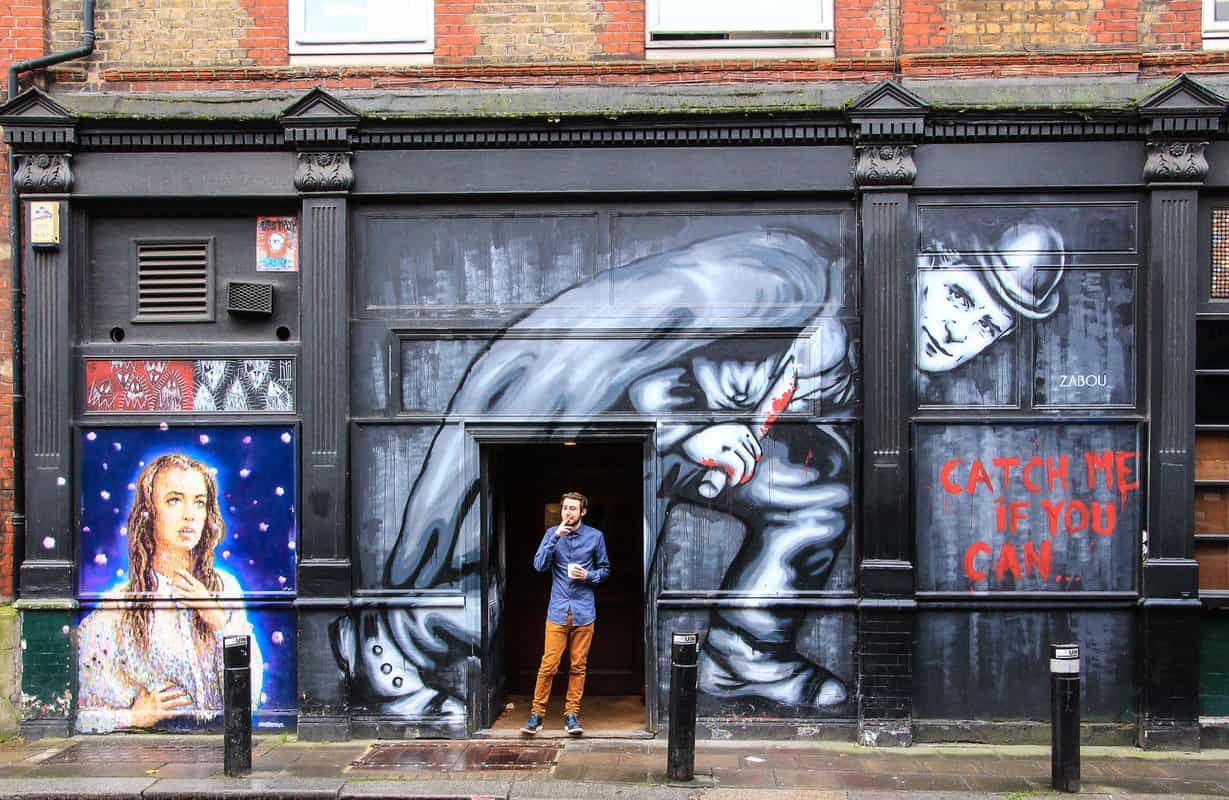 It was August 31st, 1888 when Jack the Ripper made his first “official” kill. Due to the brutal nature of his victim’s death, he quickly made the front headlines in the East End of London.

The killing didn’t end there, unfortunately. Seemingly out for blood, Jack the Ripper took the life of his second, third, fourth, and eventually fifth victim in the span of only four months. And despite countless police investigations, he was never caught.

Why Is Jack The Ripper Famous?

Jack the Ripper killed five people in the span of four months.

He displayed his killings for everyone to see, out in the open. Despite that, he somehow managed to evade the police. He was incredibly slippery, almost as if he knew every nook and cranny of Whitechapel.

The Ripper knew where to hide and how to act so as to not raise any suspicion. There were several close calls, too; like the time he killed two women minutes from each other. Several police officers were patrolling that day, but he still managed to slip in between his fingers.

This display of meticulous planning contributed to his notoriety.

2. His Killings Were Insanely Gruesome

Another factor that contributed to Jack the Ripper’s notoriety was the gruesome nature of his killings.

His murders weren’t “just” murders—they were mutilations. His victims didn’t die of a mere stabbing; they were butchered so brutally that it shocked the nation.

According to reports, most of the Ripper’s victims had deep slash wounds to the throat, as well as mutilations to the abdomen, genitals, and face. His victims also had their internal organs removed.

Read More:  Why Are Most Serial Killers Men? (11 Reasons Why)

He could’ve stopped after he slit his victims’ throats, but he didn’t. Instead, he continued mutilating their bodies as if they were toys to play with.

3. He Had a Unique Modus Operandi

Jack the Ripper had a unique modus operandi—one that the police had never seen before. It was brutal but meticulous; it followed a pattern that no other serial killer at the time could imitate.

The Ripper’s modus operandi has been extensively reviewed by scholars and researchers. First, he’d seize his victims (who were always women) by the throats and strangle them until either dead or unconscious.

Then, he’d lower his victims to the ground with their heads tilted to the left. He did this gently, as no bruising on the back of the head was never found on the victims.

Once on the ground, he’d slit their throats and proceed to mutilate their bodies. He knew where to position himself to avoid getting blood on his clothes.

The way Jack the Ripper killed his victims was as disgusting as it was fascinating. It left a long-lasting impression on those that first read about his case.

4. He Had Substantial Knowledge of Human Anatomy

Interestingly, Jack the Ripper had substantial knowledge of human anatomy.

In fact, one report stated that he had removed a kidney so cleanly that he hadn’t damaged the organs surrounding it. He also removed sexual organs in one clean stroke of the knife. He knew what he was doing.

This led investigators to assume that he was either a doctor, a butcher, or someone really experienced with using a knife.

5. He Killed Two People in Close Proximity in One Night

September 30th saw one of the Ripper’s boldest acts since he first started killing.

Three weeks after the murder of Annie Chapman, the Ripper decided to strike twice in one night within less than a mile and hour apart. The act was later dubbed the “Double Event.”

The Double Event is particularly interesting to investigators and researchers, as it demonstrated the Ripper’s extreme indulgence in murder. 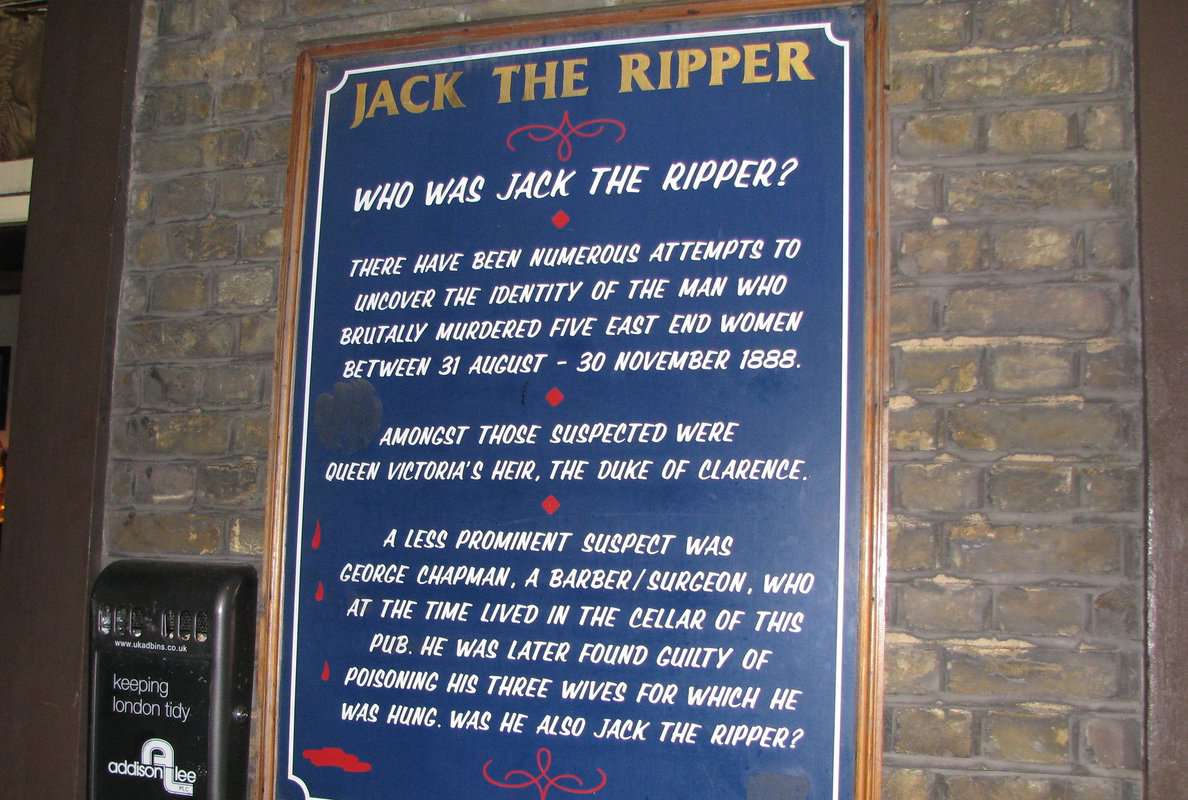 Jack the Ripper was a proud and boastful man. He took pride in his killings. He sent letters to the police, mocking them for their incompetency and inability to catch him.

He’d leave clues and even went as far as to tell the police when he’d strike next to manipulate their search.

These letters are available for everyone to read, allowing people to briefly enter the mind of such a deranged individual.

7. His Crimes Were Prominently Featured by the Press

Jack the Ripper wasn’t the first serial killer that killed his victims in a gruesome fashion, but he was the most documented in the early days of the press.

The 1880s was the start of a media revolution of New Journalism, and the Ripper’s crimes were prominently featured in newspapers. Everyone knew who he was; parents even used his name to strike fear in naughty children.

8. He Sparked One of the Earliest Nation-Wide Investigations

Due to the media coverage Jack the Ripper was getting, the police were pressured by its citizens to find the killer as soon as possible.

This sparked one of the earliest nationwide investigations in London and eventually the majority of the UK. It became the talk of the town for years before that, and still remains one of the more interesting cases in recent history.

9. His Murders Led the British Government to Clean Up the Slums

Jack the Ripper targeted victims around the impoverished districts in the Whitechapel area.

Extensive news coverage shed light on how poorly those who lived in the area were, which led the UK government to clean up the slums in Whitechapel and the surrounding area.

This was done to prevent more killings from happening in poverty-stricken areas.

10. Out of the Blue, He Stopped Killing

After the five canonical killings, Jack the Ripper is believed to have killed six other victims. However, these victims weren’t 100% confirmed to be his. They may have been the work of a copycat.

What we do know is that Jack the Ripper, who seemed to have an unending thirst for blood, suddenly stopped killing. Why? Did he die? Did he feel remorse for his actions? Did he move to another state and continued his killing sprees there? Was he caught for other unrelated crimes?

These are questions we’ll never know the answer to. This didn’t stop researchers from theorizing, however. If anything, it fueled the fire to the mystery of Jack the Ripper.

11. Sadly, He Was Never Officially Caught

Perhaps the most frustrating thing about Jack the Ripper was that he was never officially caught for his crimes.

Dozens of people were investigated but not one was acquitted. It left a sour taste in people’s mouths, one that remained over a century later. He evaded police time and time again, like a gross iteration of a cat and mouse hunt.

Who was Jack the Ripper, really? Nobody knows—and that’s what makes him so famous. He was never held accountable for his horrific actions.

For years, he was left to roam the streets of London—and perhaps beyond—stress-free. He might have continued his killing sprees outside of London, or taken on an “assistant” to do his bidding. All we can do is assume.

Jack the Ripper is one of the most well-known serial killers of the 19th century. He was famous because of his unique modus operandi, his gruesome murders, and his mysterious letters.

Unfortunately, Jack the Ripper was never caught and tried for his actions. This further sparked interest in the investigation, as most unsolved crimes do.

Why Is Everything Political? (11 Reasons Why)

Why Is My Nespresso Blinking Orange? (7 Reasons Why)