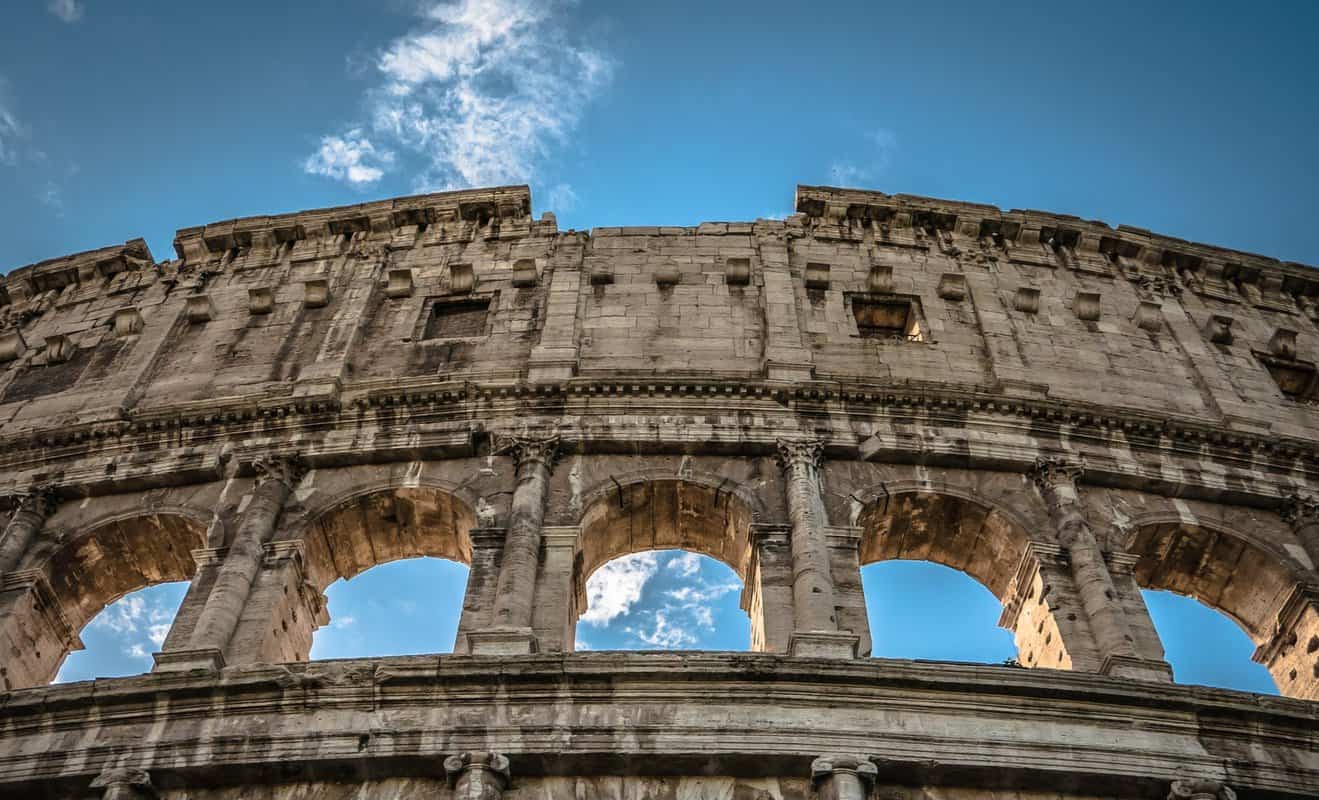 According to Guinness World Records, the Roman Empire lasted the longest among all other significant civilizations, as it managed to survive for almost a millennium and a half!

Out of curiosity, you might be wondering “why did the Roman Empire last so long?”, and in today’s article, we’ll walk you through 11 reasons to explain that. Let’s dive right in!

Why Did The Roman Empire Last So Long?

1. They Had A Clear Social System

One of the main reasons why the Roman Empire lasted for a very long time is that the Romans had a clear social system that supported their way of life.

Society in the Roman Empire was based on freedom, citizenship, and heredity. There were clear classes that were defined by their economical status.

Family hierarchy and roles were also defined and well established during that time, which helped in creating a stable society.

Ideally, we can divide the Roman Empire society into two general classes: an upper class of patrons and a lower working class of plebeians.

There were also clear boundaries between these two classes. Not only were these boundaries strictly defined, but they were also protected and enforced by the law.

Although such a system wouldn’t work in our times, it granted the Romans a relatively stable and efficient society.

2. They Had A Powerful Military

Having an intimidating military is one of the essential factors that allow any civilization to last for a long time.

This is especially true in the case of the Roman Empire, which existed at a time when wars and conflicts were widespread all over the world.

In fact, the Roman Empire military is believed to be one of the most powerful in history.

In 117 AD, the Roman Empire reached its greatest extent by stretching through all of western and southern Europe as well as the entire Middle East and North Africa.

With a vastly powerful army that consists of tens of legions, the Roman Empire was capable of conquering lands, suppressing the rebellion, and protecting its interests throughout the land.

3. They Laid Down Laws In Various Fields

One of the things that the Roman Empire excelled at was legislation, as they laid down a lot of laws in many social, political, and even financial fields.

While many other civilizations also had laws and customs, the Romans were known for having many of their laws in a written form (jus scriptum) for referencing.

Citizens could even defend themselves before a judge during the Roman Empire.

This system of written and unwritten laws helped in keeping the whole society in a clockwork order and preserved the rights of all different classes under the Roman Empire.

In fact, there are many legal concepts that originated in Roman times that are still used to this day, such as the concept of presumption of innocence or “innocent until proven guilty”.

4. They Had Incredible Minds

When it comes to science, literature, and art, the Romans were easily ahead of their time, which is another factor that helped them stay a powerful empire for centuries!

At the peak of the Roman Empire, it was the most scientifically and technologically advanced civilization out there.

In fact, the Roman Empire had many great innovations in the fields of mathematics, chemistry, astronomy, geometry, physics, and even medicine and public health.

Additionally, there were plenty of Roman philosophers, poets, painters, sculptors, and many more!

Not only that, but there are also many great discoveries and inventions made under the rule of the Roman Empire, and some of them are still used to this day!

5. They Were Excellent Builder

Speaking of advancements in scientific fields, the Romans were known for their unmatched knowledge of architecture.

One of the secrets behind that is using a special recipe for concrete/mortar that was developed by mixing volcanic rocks with lime.

In addition to building solid structures that lasted for a long time, the Romans also built roads, aqueducts, early forms of sanitary sewage systems, and residential blocks that allowed their societies to thrive.

6. They Had Exceptional Leaders 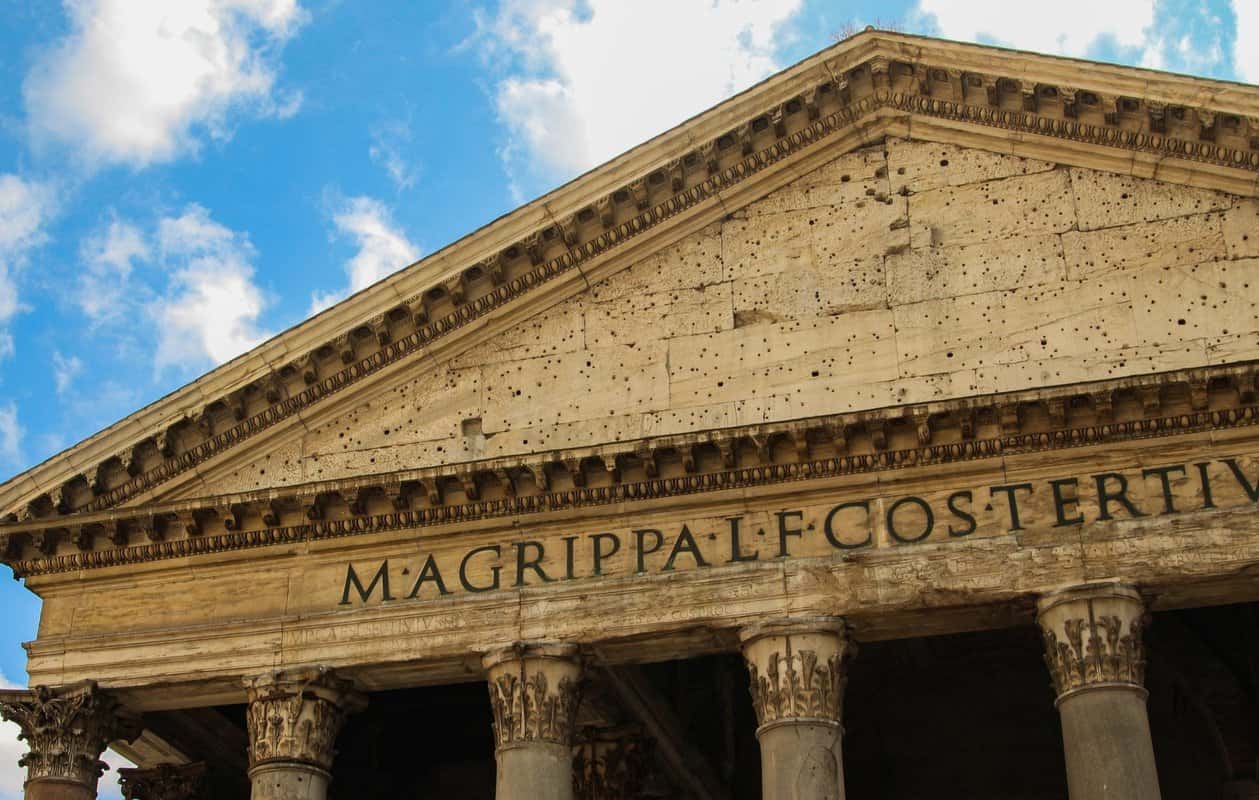 Having a great leader would allow any empire to thrive and last for many years, and lucky for the Romans, they had some very good emperors throughout the time.

One of the greatest periods in Roman times was under the “Five Good Emperors”.

These great leaders were fair and treated almost all Roman people classes with respect and humility.

They also collaborated with senators and laid down various economic and social programs to improve society in addition to expanding the empire to new lands!

7. They Ruled The Sea

Throughout the Roman Empire’s time, the Mediterranean Sea was one of their most important assets.

In fact, maritime technology was remarkably advanced in the Roman Empire, especially when compared to neighboring powers.

Roman boats roamed all over the sea and gave them superiority in various fields, whether it’s transportation, commerce, warfare, etc.

8. They Spread Their Language

As an empire that extended over a massive stretch of land, having an official language helped in strengthening the local ties to the empire and facilitated trade, and the Romans knew that!

Latin quickly spread as the Roman Empire’s political power increased, which is one of the reasons why it has influenced a wide range of modern languages today!

9. They Had A Geographic Advantage

Although the Roman Empire had a lot of enemies throughout the centuries, it always had a geographic advantage over them by being protected by the sea.

Additionally, the Romans also had fertile soil that allowed them to enjoy a surplus of grains and crops, which was necessary for expanding military strength and sustaining a healthy society.

10. They Were Vastly Rich

Although it had its fair share of ups and downs, the Roman economy was always one of its sources of power and dominance in the region.

According to reports by Forbes, the Roman Empire was one of the richest civilizations in history and the richest empire of its time, as it made around one third of global output at the time!

11. They Excelled In Medicine

One of the main reasons why many great civilizations fall after a glorious rise is due to the spread of plagues and other epidemics that quickly collapsed their societies.

Although some people might think that the Romans were lucky enough to not suffer from serious epidemics that could cause their population to dwindle, they actually suffered many.

Many diseases, such as Malaria, the Antonine Plague, the Plague of Cyprian, and smallpox had struck the Roman Empire.

Of course, Roman medicine wasn’t anything like our medicine today, but it was good enough to survive some diseases, especially when combined with their sanitary sewage system.

There you have it! A brief guide that walks you through 11 reasons why the Roman Empire Managed to last for quite some time, unlike many other great civilizations throughout history.

As you can see, there are plenty of reasons for the Roman empire to thrive for centuries, such as advancement in scientific and legislative fields as well as having a stable social structure.