Why Do People Go Missing? (13 Reasons Why) 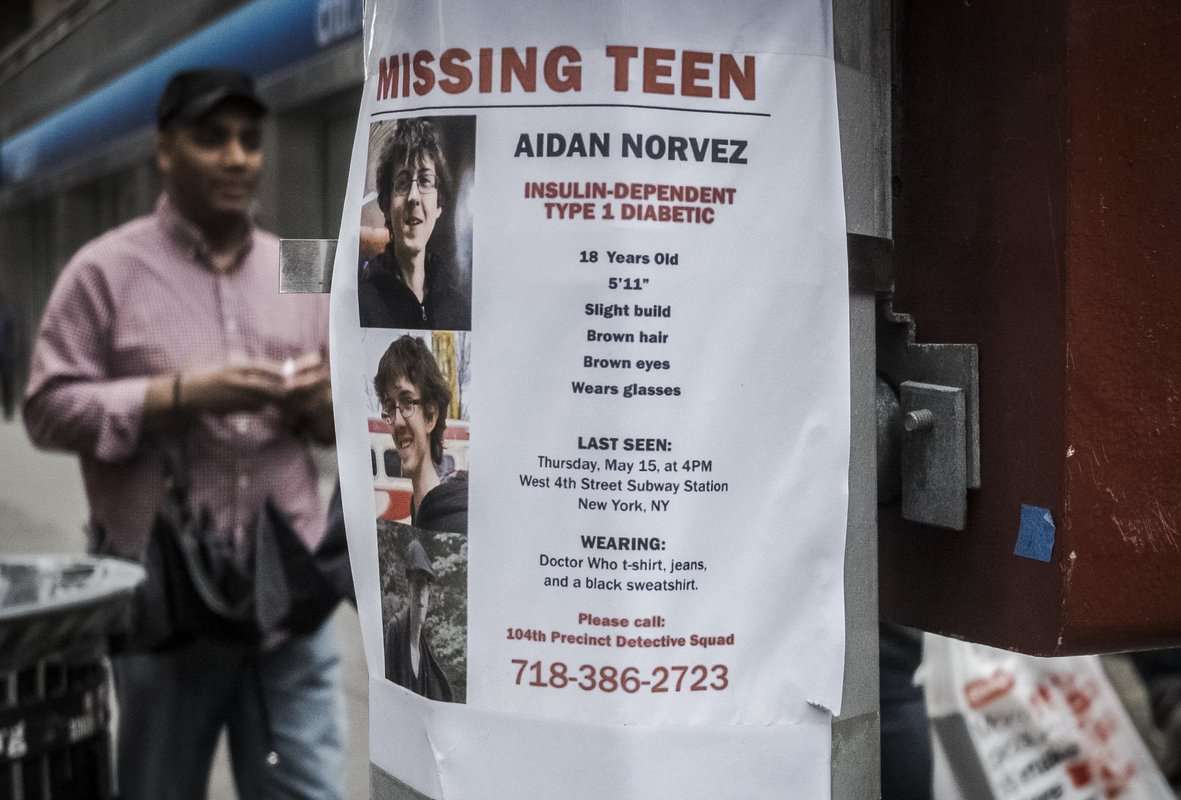 On a daily basis, we are told of missing person cases. People of any gender and all age groups fill our social media and news reports. Many of these cases are considered high-risk.

Why Do People Go Missing?

Few people who go missing are actually kidnapped by strangers. Statistically, only one percent of abductions are done by total strangers to the victim.

Infants, children, and women are the most vulnerable people in stranger abductions. There are many reasons why a person may be kidnapped.

The kidnapper may have mental health issues and decide they want a certain baby or child as their own. The abductor may also have more sinister objectives in mind.

Most older children abducted by a stranger are in great danger of not being found alive. On average it is female children that are eleven years and older that are targeted by strangers.

Strangers who target children are most often sexual predators. Much of the time the child is lured by the stranger to a vehicle or hidden place rather than physically grabbing the child.

Adults that are abducted by strangers are often held for ransom. The kidnapper believes they will get money in exchange for the victim.

Other times the adult victim is abducted because the perpetrator is planning a sexual assault and other abhorrent actions. Women are more likely to be abducted than men.

2. Abductions By A Known Person

In most missing person abduction cases the victim knows the kidnapper. These missing person cases often involve children in the middle of a messy divorce.

One parent may not have been granted custody or wants to hurt the other parent so they take the child or children.

In other circumstances, a parent may kidnap their own child because they are afraid their spouse may harm the child.

In other abduction cases the person knows the abductor, but they may not be closely related. The abductor may be a friend of the family, or a hired hand.

In these cases of abduction it is reasonable to assume the welfare of the child or adult taken is in great danger.

When a child is known to have been abducted by anyone an Amber Alert will be issued as quickly as possible.

People often go missing because they became lost. This can happen when people are unfamiliar with an area.

They are not paying attention to their surroundings or sticking to marked pathways. They become disoriented. This happens to children who wander off from their home.

It also happens to adults and children venturing out on nature hikes. When the individual becomes lost, they often continue wandering, making it much more difficult to find them.

This puts the lost person in even more danger. They may fall from a high place, or potentially be attacked by wild animals.

The longer a person is lost the more likely they are to succumb to the elements. A person who is suffering from heat exhaustion or hypothermia may not be thinking clearly.

4. Elderly Adults And Those With Dementia

Elderly people are at risk for going missing when they have dementia or alshimers. Elder’s may be quite lucid one moment and decide to go for a walk or a drive.

At any given moment they may become confused and thus lost. An adult who has problems remembering where they are, or who they are may be at greater risk to predatory abductions.

Like a young child, they may be more apt to climb into a vehicle with strangers than other adults would be.

A person who picks up an adult may not be aware that this person is incapable of caring for themselves. This makes finding a missing adult very difficult.

It is important to find at-risk missing adults because they are more vulnerable to the elements as well.

Many states now have a silver alert system so that adults considered at-risk can be found in a timely manner.

Victims of human trafficking are often unaware that they are victims. They believe that they are willfully doing what is expected of them due to manipulation.

Traffickers do not often kidnap their victims. Instead they offer something that the victim needs. These needs can be drugs, money, and basic necessities like food and shelter.

Traffickers will keep their victims from leaving through physical and mental abuse. They may convince their victims that they have chosen to be there.

Human trafficking does not have boundaries. Children, teens, and adults are all vulnerable to being trafficked.

Traffickers will often find their victims as runaways, addicts, homeless or immigrants. Their victims are often desperate and kind gestures can lure them into human trafficking.

Ninety percent of runaways are considered endangered. Nearly half of the runaways found say there is a conflict within their family. Yet, the other fifty percent say they were kicked out.

Seventy five percent of runaways are girls and nearly all of them say they suffered sexual or physical abuse at home.

Runaways are in danger of sex trafficking, drug abuse, and other illegal activities. Most runaways decide to return home on their own.

Even though most runaways have some sort of mental health issue, there is not an alert system in place to help inform the general public to watch for the missing child.

A police report should be made and they should report the missing child to the National Crime Information Center. You should also report it to Child Find of America. 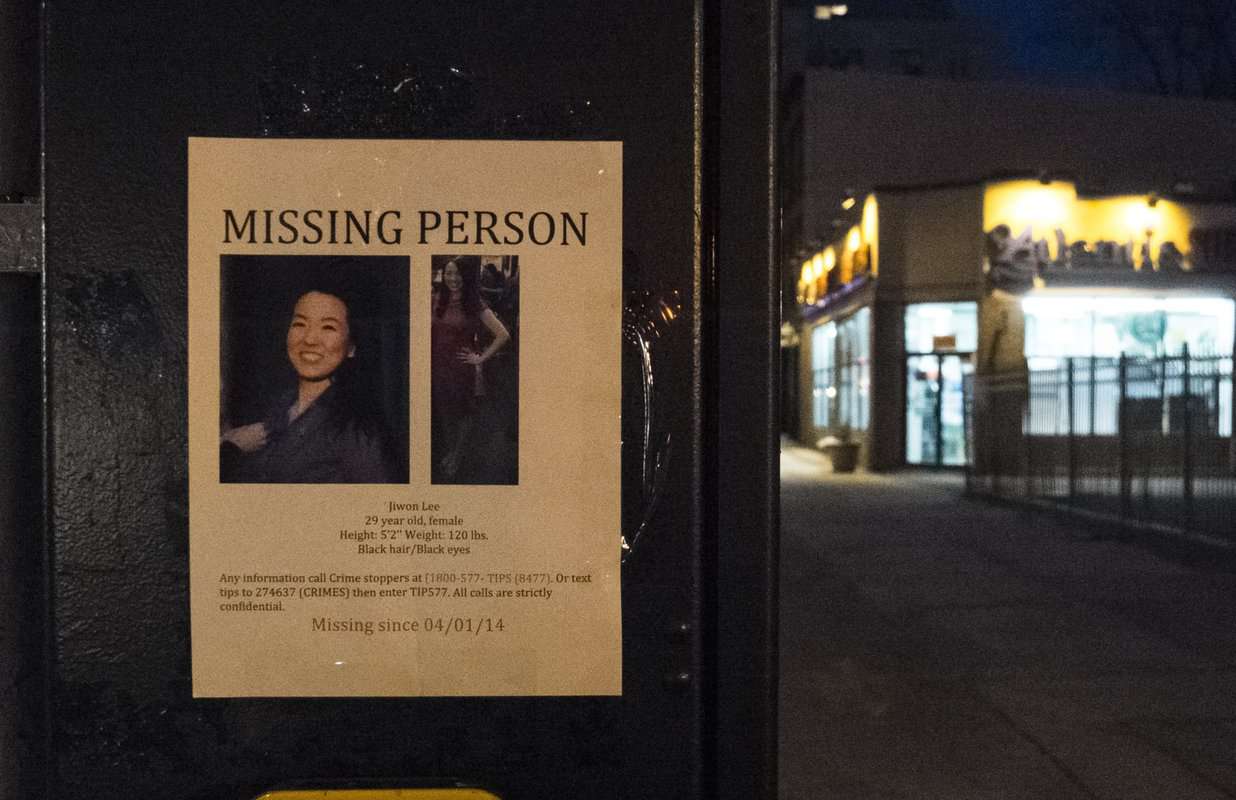 If the missing person had enemies, or there are physical signs of a struggle, they may be victims of foul play.

Anything out of the ordinary should be reported to the police in great detail. This will give authorities a clearer picture of the danger the missing individual is in.

It will also promote a prompt response to locating the person.

8. They Are In Physical Danger

They might be a witness to a crime, or they could be part of organized crime. Still, there are those who are in a domestic violence situation.

These people know they are in danger and they may disappear on their own or with help from law enforcement.

Many people go missing because they have died and no one knows where they are. This can happen when the person has drowned while swimming or boating.

They may have wandered off in an unpopulated area and may be elderly, very young, or have health issues.

People with mental health issues also go missing for various reasons. They may forget who they are, or where they live.

Mental health disorders can severely and negatively affect a person’s mood. This can make them feel sad, unwanted, in danger and anger to name a few of the effects.

Someone with mental health issues may become suicidal or they may attempt to runaway from their known environment in the hope of quieting their thoughts and finding peace.

Sadly a large majority of missing person cases are those with a history of domestic violence.

Domestic violence includes physical, mental, and sexual attacks by someone the person lives with.

The missing person might leave by themselves, or take children with them. They may seek help and protection from outside sources and should report the abuse to authorities.

However, they may not report the abuse due to fear of the abuser and what may be done to them or to those they love.

Another reason people go missing in a domestic violence situation may be more sinister. The missing person may be a victim of foul play.

People of color who go missing often do not receive the attention needed to find them. Media bias and bias in general can be to blame.

It has been rare for these missing person cases to make national news, even though 40 percent or more are in fact people of color.

Too often the missing person has met a fatal end, but family members and loved ones do not know where they are.

The missing might never be found, and neither may their abductor or assailant. This leaves human predators free to prey on large groups of people.

There have been recent movements to get everyone involved in helping find the missing.

A Native Amerrican organization called Missing and Murdered Indigenous Women helps get the messages out on social media. News media will pick up these cases to some degree.

According to the National Crime Information Center there are nearly 5,800 Native American missing person cases, mostly women and children, have been reported in their database since 2016.

Whereas the Department of Justus shows less than 120 missing person cases. That is a huge discrepancy.

Another organization, called the Black and Missing Foundation, Inc, or BMFI, helps families and loved ones search for those who have gone missing.

Through social media and the help of these non-profit organizations, many more people can be informed at once of those who have disappeared. This prompts more people to search.

There are also individuals who disappear because they want a new life. They may move and even change their name. Their reasons are their own.

There are many reasons why people go missing. There are hundreds of thousands of missing persons reported every year. Only a fraction of those cases are solved.

Why Are Libras So Good In Bed? (11 Reasons Why)

Why Do Vampires Need To Be Invited In? (7 Reasons Why)