Why Do Vampires Need To Be Invited In? (7 Reasons Why) 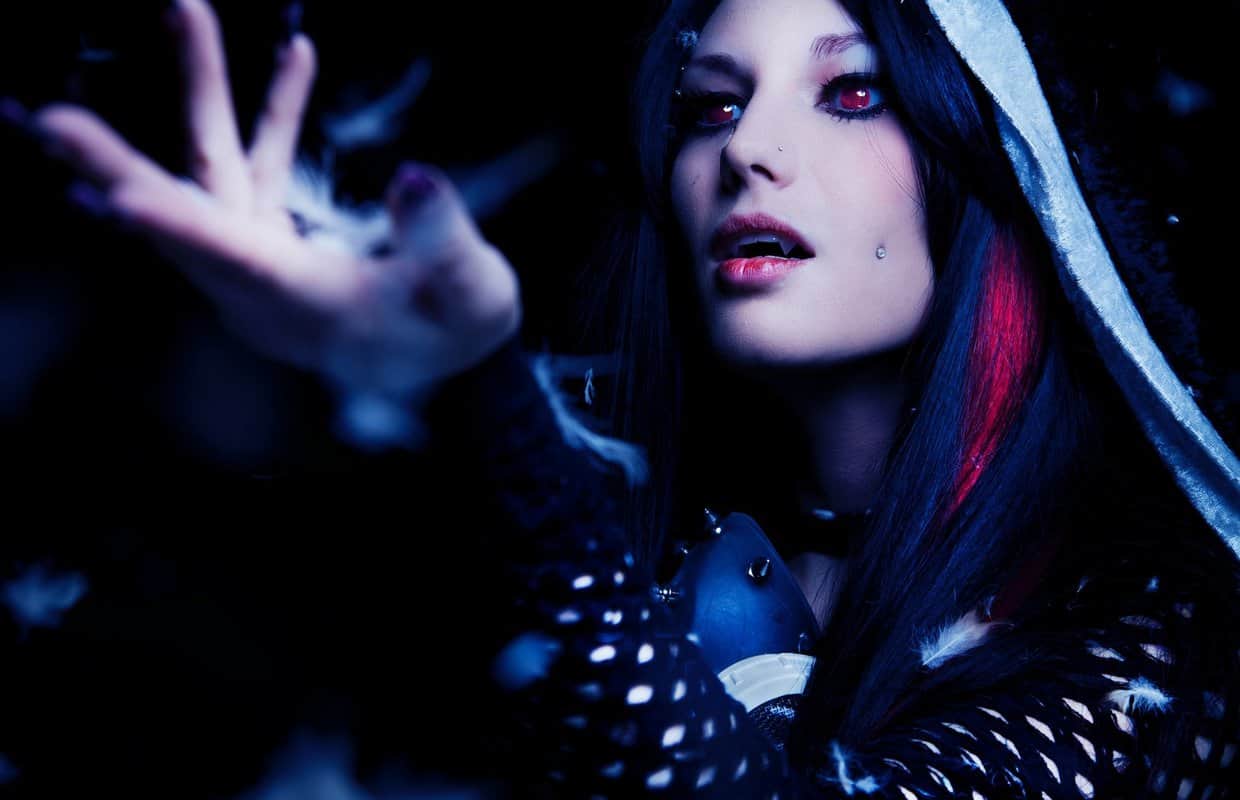 Vampires are a part of folklore that has long been a source of horror stories. Movies and books have taken advantage of the basic concept of vampires to make them famous by creating wild tales.

Myths of the mighty vampire being locked out of your house until they were invited have a spackling of different origins. Starting back to the beginning of time when the vampire was born.

Why Do Vampires Need To Be Invited In?

1. Common Courtesy To All

Children are taught from a young age that it is not polite to enter someone’s house without first being invited in, not to mention it is against the law.

It is an aspect of having common courtesy that all humans have unless they are hardcore criminals that do not care about the laws and do not have respect for anyone but themselves.

In their eyes, vampires are not criminals. They are attempting to feed, just like humans do upon the animals around them. They respect the people around them, even those they have chosen.

Since the vampire is not an animal, they have the common courtesy of not entering any home that has not already invited them in.

2. Cannot Be Harmed Without Answering Door

One main point of having a home with a door, or window, is to keep others out while keeping all the occupants safe within.

Stories about the undead having superhuman strength may be accurate, but for the most part, they would not try to break through a door or window.

What this means is simple. If you do not open the door, or the window, to the vampires, you are guaranteed to be safe.

This is where the thought of being unable to be harmed if you do not answer the door began. It is a simple concept that makes perfect sense to most humans anyway.

3. Inviting Your Own Death

Taking your life is not something you would consider on most days, and it is not a common thought that goes through the minds of the majority of the world’s population.

If you willingly and knowingly invite something as dangerous as a vampire into your home, it would be common knowledge that you are also inviting your own death.

Granted, when bitten by the traditional vampire of myth, you will die, but you will be reborn as an undead vampire that lives forever. Or do you?

4. Threshold Of Home Is Protective 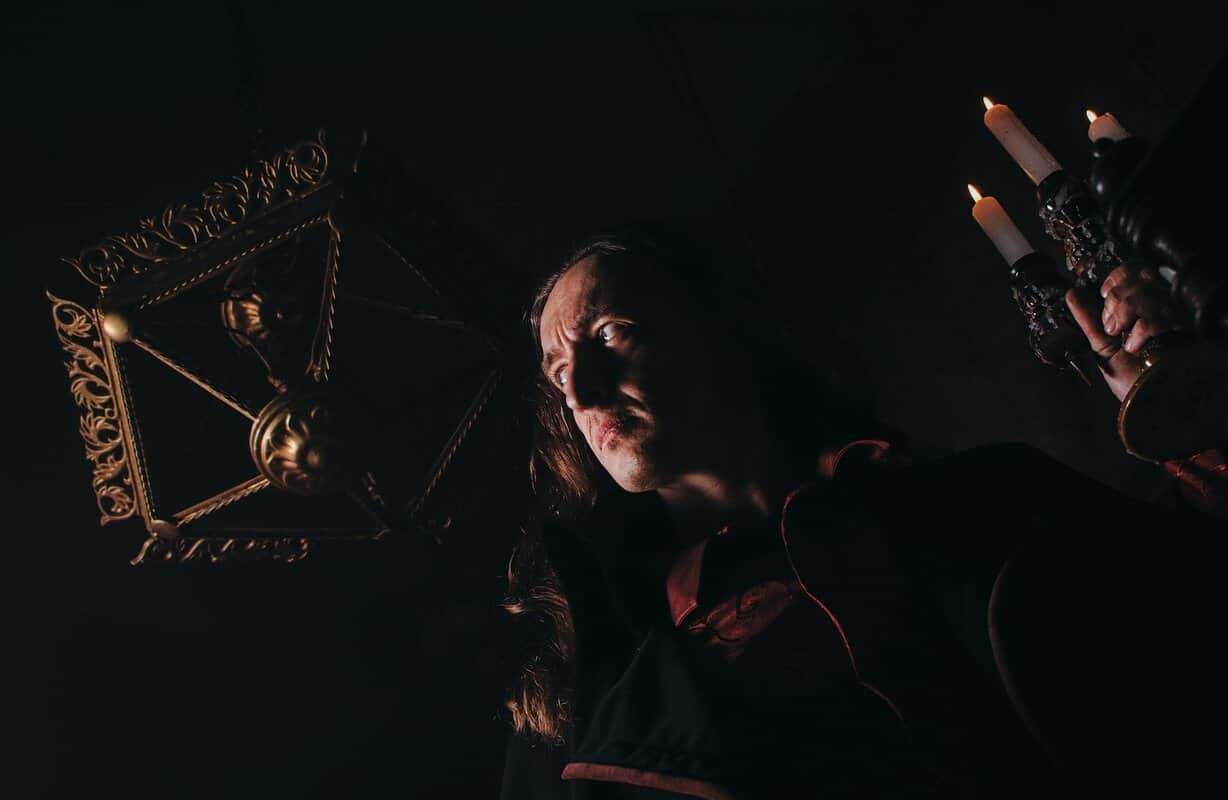 People today are starting to run out of room to live, so more and more apartment complexes are being built. This makes it easier for vampires to gain access to your door.

Vampires can enter public domains, which all the halls, stairways, and elevators are considered to be. Yes, one or two people own the building, but it is not their home.

Passing over the outer threshold of the building is nothing, but the threshold into your home is different. It is protected because it either gains, or denies, access into your own private world.

Thresholds are the barriers that vampires cannot break without an invite, which keeps the evil out unless you want them to offer you a new way of life.

5. Teaching To Not Let Strangers In

All parents teach their young children to be safe. To protect themselves, and others, by following a few simple rules of life. One of which is to never let strangers in.

This origin of the myth falls upon those of the population that do not believe that vampires are real. They claim that it is just another story told to entertain and scare.

But the good part of the vampire myth is that it can be used as a teaching moment, which is the best way for children to learn.

An essential life lesson learned from this legend is that evil things will happen if you let a stranger into the house. You never know when the stranger may be a hungry vampire, so do not ever do it.

Back when people believed in magic and the art was used on a daily basis in every country across the world, a common barrier was created that covered over every home in every location.

That barrier was cast through the combination of those with the power to do so, covering every house with a net of protection. Protection against the vampire.

Even the strongest vampires, including the first, cannot break this barrier. It is a combined magical barrier created by people casting different spells, all for the better good of the population.

Because of the mixture of spells and the combination of strength put into them, the only thing that can break it is a few words uttered by the owner. “Come in” is the universal key to opening the magical net.

7. Giving In To Evil Temptations

No matter your religious beliefs, one common teaching will be heard. You can only be taken by evil if you give in to the temptations that sin offers.

Letting a vampire in the house would be an example of giving in to evil temptations, which would be condemned by the church you call your own.

This means that if you have any religious belief, you will never let something as evil as a vampire into your home because it would be a mortal sin.

Committing a mortal sin will open your soul to being taken by the devil’s minions. If you want to spend the rest of eternity in hell, you will give in to temptation and open the door.

Many cultures have begun myths about why a vampire must be invited in before entering. Those cultures believe it is true for many reasons, but they all make sense to each of them individually.

No matter which theory you believe in, the fact remains the same. Your home is a safe sanctuary that can be violated by the vampire only if they are invited in to do so.

Why Do People Go Missing? (13 Reasons Why)

Why Is Megan Fox So Famous? (11 Reasons Why)