Why Do Vampires Sleep In Coffins? (9 Reasons Why) 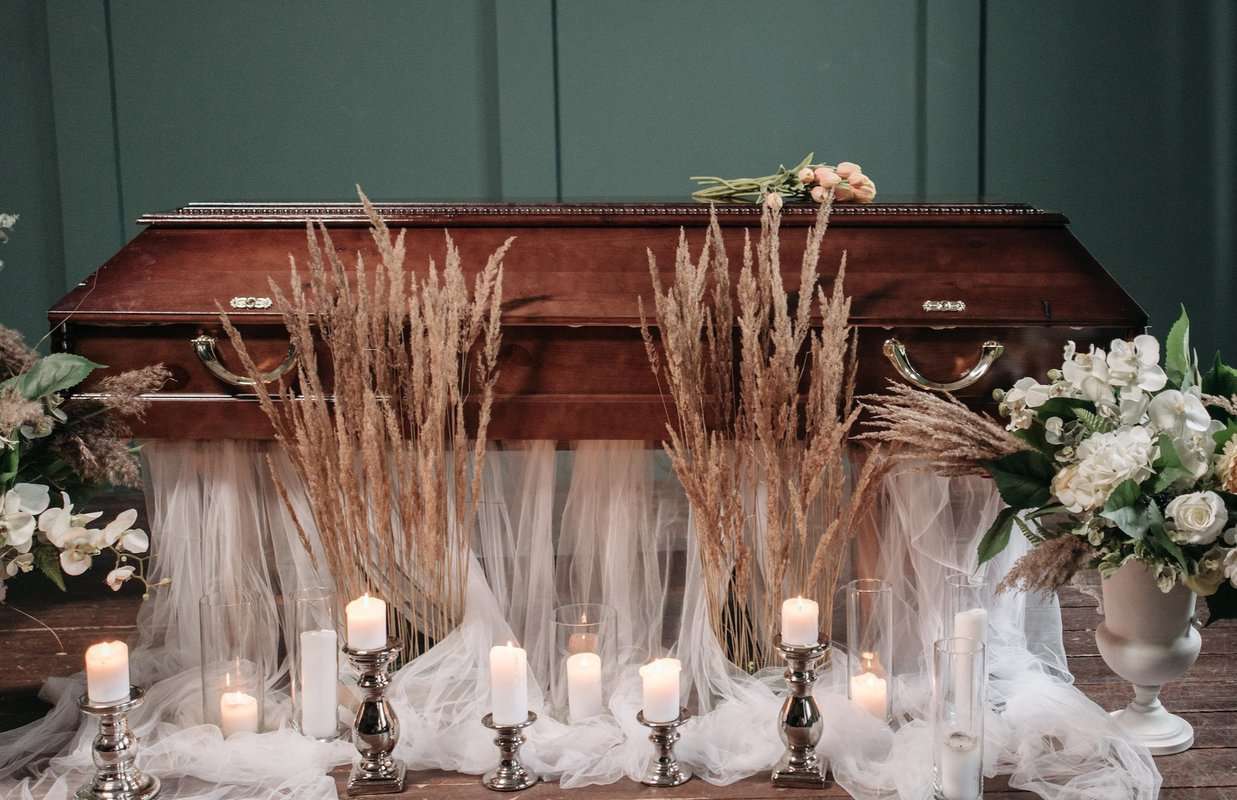 Vampires are some of the most commonly used monsters in fiction, from Hollywood blockbusters to terrifying novels. One trait vampires have is that they sleep in coffins.

How does that happen, what would make them do this? How did it become such a common thing across multiple pieces of vampire fiction? Read on to find out.

Why Do Vampires Sleep In Coffins?

All throughout media, vampires are portrayed with similar characteristics, resting inside crypts and coffins in one of them. Here are a few examples of vampires who sleep in coffins:

There are several reasons why this became such a popular image. This can both be applied to hell vampires exist within stories and how the creators of those stories portray them.

Here are a few of the reasons why vampires like to sleep in coffins and why we are captivated by the imagery.

1. To Protect From Sunlight

The biggest reason vampires hide in coffins is to protect from sunlight. As we know from any vampire book or movie the sun is extremely harmful to vampires.

As such a dark closed container like a coffin is the perfect way for vampires to stay protected. Despite their massive strength, vampires are crippled or easily destroyed by this weakness.

If they just slept in a bedroom, then they could risk sunlight peering in from a window or maybe the wall gets damaged. A coffin could provide an extra layer of protection.

2. To Protect Against Wooden Stakes

Sunlight isn’t the only thing that can kill a vampire. A wooden steak to the heart can do the job just as easily. To counter, the vampires can use coffins to protect themselves in the same way.

Someone like Van Helsing could stab a vampire while they sleep but if they are hidden in a coffin the sun might come down before they are even discovered.

Being a creature of the night must take a lot out of a person. Therefore, vampires require a lot of rest and use their sleep time to recharge.

It makes sense when you think about it, they need blood to sustain themselves, and they require lots of energy to transform into bats and fly around terrorizing their towns.

Vampires hide in coffins so that they are undisturbed and can sleep peacefully. This will get them ready for another night of preying on the innocent when the sun sets once again

4. To Keep A Low Profile

Despite their lavish castles, vampires try to keep a low profile and not be discovered. It would cause a pretty big fuss if everyone knew a vampire was in their town.

Therefore, if some unsuspecting onlooker decides to visit the castle, they risk exposing the vampire to the world. To counter this, vampires use coffins to evade any potential discoveries.

Read More:  Why Didn’t They Rebuild The Twin Towers? (9 Reasons Why) 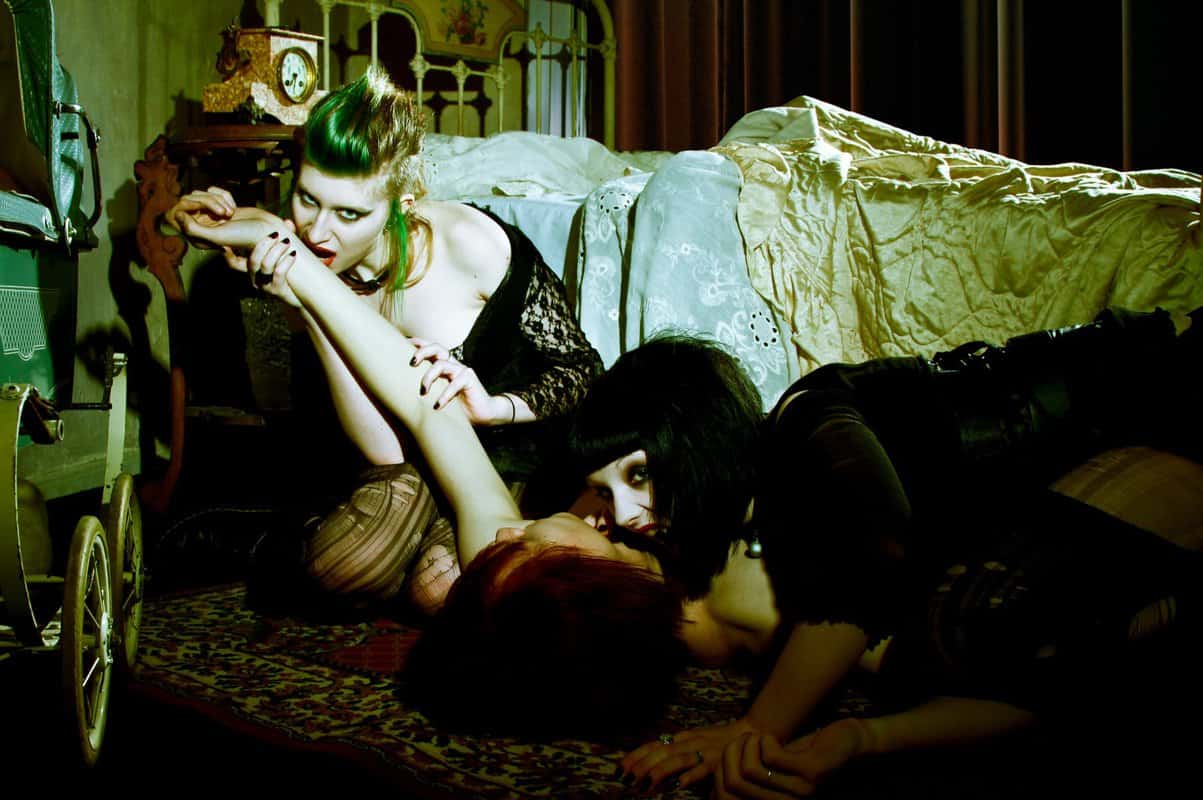 Vampires are creatures of the night; therefore they tend to like darkness. You can see it in the way they dress and present themselves.

Keeping themselves enclosed in a dark space like a coffin is both comfortable and functional. If we got vaporized just by looking at the sun, we would probably like the darkness a lot more too.

6. For Emphasis On Their Supernatural Nature

The reason a lot of authors and filmmakers like the vampire imagery of sleeping in a coffin is because it emphasizes their otherworldly nature.

Normal people do not sleep in coffins and that is exactly why this trope gets used so much. It immediately establishes vampires as mysterious and ominous to set the mood for their story.

7. Because They Are Half Bat

Vampires possessed the ability to turn into bats. They share some qualities with bats. Something that bats and vampires have in common is that they like dark places and sleep in odd positions.

Bats sleep upside down and typically hide away in caves far from humanize. Vampires adopted that trait and used coffins as a way to keep themselves sleeping.

Vampires do not like to be disturbed when they sleep. Therefore, a concealed space like a coffin would block out a lot of sound and ensure they can get their rest.

Typically, vampires are surrounded by scurrying bats and loud thunder strikes. Great for establishing an ominous presence but not great for getting a day’s sleep.

Vampires could use their coffins as a way to block out the riff raff and sounds so they can focus on their sleep undisturbed.

9. It Makes Them Unique

One reason this imagery has endured is because of how unique it is. Vampires are associated with sleeping in coffins due to the huge number of media that shows this.

It has become an iconic piece of imagery that we associate with vampirism itself, just like we consider turning into a bat or a weakness to sunlight part of what makes a vampire a vampire.

Sleeping in coffins has created the same feeling and will likely continue to do so for as long as vampires haunt the stories we read and the films we watch.

Those are the reasons why vampires sleep in coffins, both in universe and out. Whether we’re talking about why a living vampire would do it, or why an author or a filmmaker would portray this.

It is a huge part of the allure and mystique around vampires, and next time you see Dracula, or Spike or DIO, you’ll know why they sleep in coffins.

Why Do People Write Letters? (13 Reasons Why)

Why Do Girls Wear Short Shorts? (9 Reasons Why)