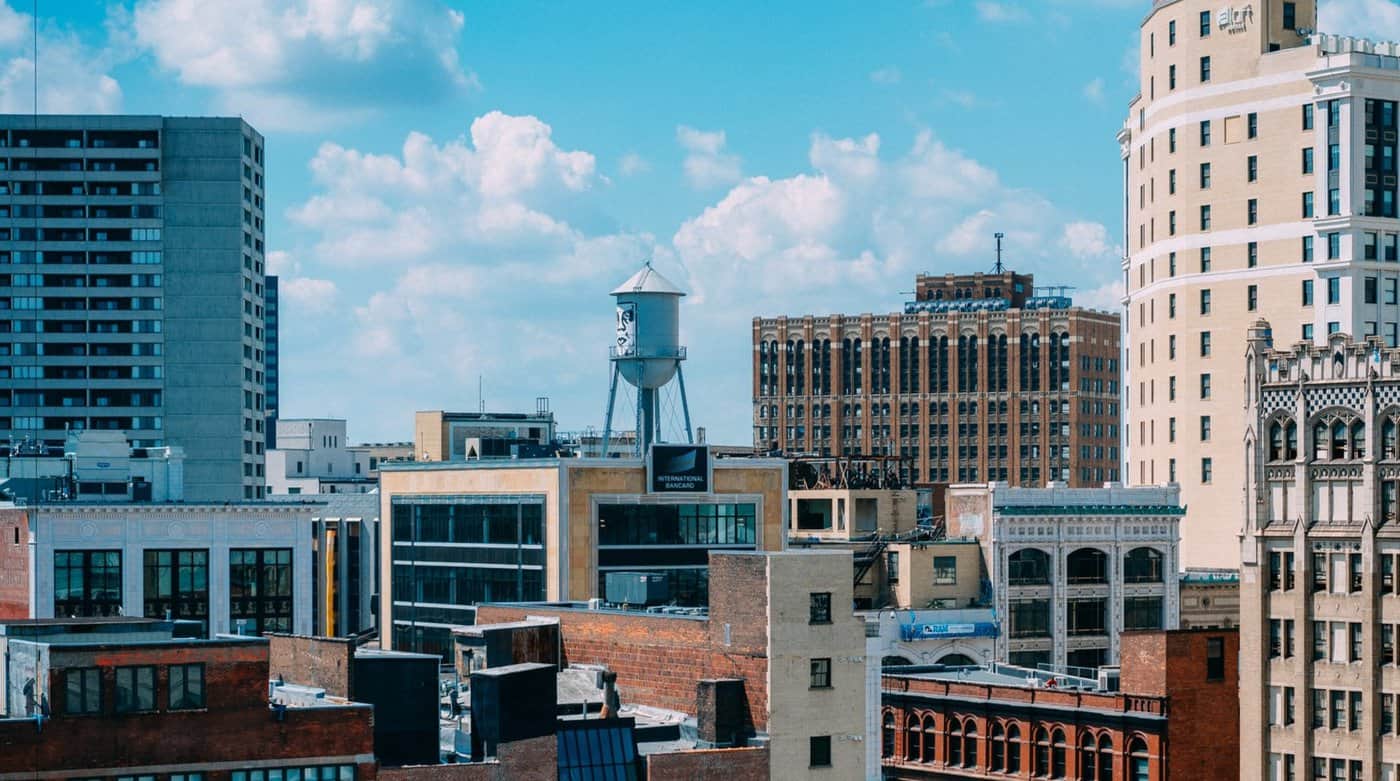 So-called ‘bad’ cities exist everywhere, and America is no exception. If you ask an American, they can likely name a dozen dark, shady cities off the top of their head.

The ‘bad city’ you will hear about the most is the city of Detroit. Detroit has a long-standing reputation for being an unpleasant city to live in or visit, and it doesn’t seem to be improving any time soon. You’re likely wondering why anybody would live there in the first place!

Why Is Detroit So Bad?

Detroit winters being ‘freezing’ is literal. On an average of 44 days every winter, the temperature will not rise above the freezing point.

Temperatures will commonly drop below freezing, with a record low of -21 degrees Fahrenheit on January 21, 1984. This cold weather lasts from October to April, meaning Detroit spends about half a year in freezing temperatures.

That level of cold is commonly unheard of in most of America and may seem like a weather extreme typically reserved for Maine, but shockingly, it’s right in America’s heartland!

2. Detroit Has A Dog Problem

In an almost cartoonish manner, Detroit has a problem with packs of feral dogs. The dog packs will often come out at night, looking for scraps of food to eat or small animals to hunt.

Detroit is home to at least fifty-thousand stray dogs, with some experts estimating up to one hundred thousand. The dogs are known to take shelter in the city’s many empty homes.

The stray dog problem is so bad that Detroit’s shelters can’t keep up and find themselves unable to rehome or euthanize even a fraction of them.

In communities that hold less than a third of their former population, these dogs are a particular issue, as they form large dens and terrorize residents.

The dog problem is made even worse by the massive city only having 23 animal control officers! Mail carriers even report having to spray aggressive dogs with mace.

3. The Population Is Rapidly Declining

It’s easy to understand why the population of Detroit is sharply declining, but it’s doing so at such an alarming rate that entire neighborhoods are getting left abandoned!

If nothing else, Detroit is a physically massive city. As a formerly-populated industrialist city, Detroit was built to handle large volumes of people to staff its mines and automobile factories.

With Detroit undergoing rapid depopulation, the city cannot bring enough people into the city to keep up with the population loss.

This depopulation means houses, if not entire neighborhoods, are left abandoned. These abandoned houses quickly grow old, rickety, and ugly, bringing down the property value of homes around them and giving the appearance of an abandoned city.

While many of the racial issues of Detroit are now considered history, their remnants remain. Racial riots were commonplace in the 1960s, leading to something called the ‘White Flight’ as Caucasians fled the city.

The scars of racial violence are still prevalent in the city, as neighborhoods still can be divided into unofficial ‘white’ and ‘black’ neighborhoods.

While there is not any official segregation, this semi-voluntary separation of races serves as an unsightly reminder of Detroit’s racially violent past.

If you ask anybody what industry Detroit is most known for, they’ll likely answer ‘cars,’ and they’d be correct! Detroit is even sometimes known as ‘Motor City.’

Detroit historically has strong ties with the automotive industry, becoming one of the most affluent cities in America during World War II due to its vehicle-manufacturing prowess.

However, due to many economic changes in the city and country as a whole, the automotive industry began to file out of Detroit, with few of the many automotive factories remaining.

Read More:  Why Is Kentucky So Poor? (9 Reasons Why)

This leads to a lack of economic opportunities, which is also directly responsible for Detroit’s rapidly declining population! 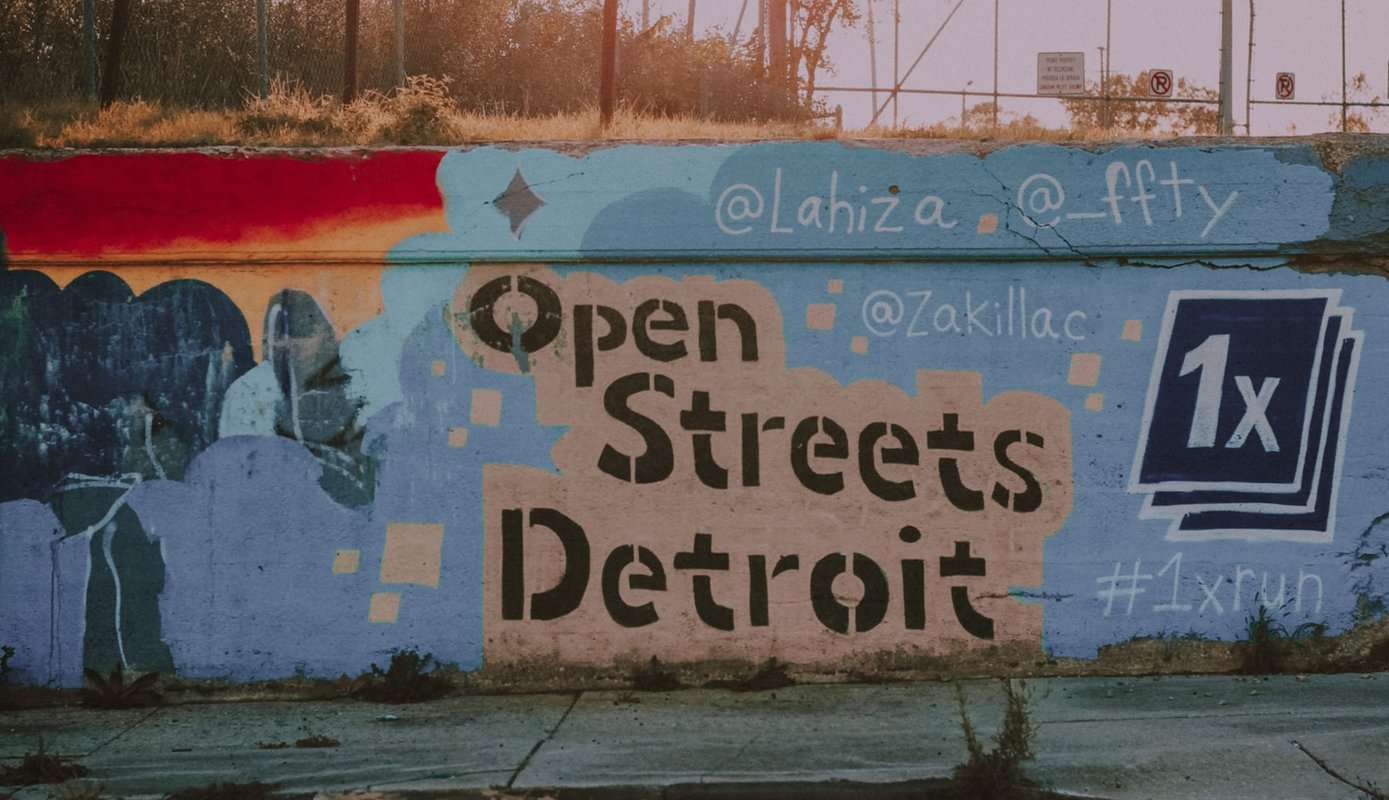 Before we delve into this point, it’s important to note that much of Detroit’s corruption is currently getting rooted out by state officials.

Even after his removal from office, evidence of his corruption would be discovered for years afterward. One such act of corruption was appointing his cousin to run Detroit’s schools, and the cousin proceeded to steal two million dollars from the school system!

Cars are a fact of life, and you would need some good luck trying to avoid them. While America is more car-centric than regions like Europe, Detroit took this a step further.

Detroit is notable for its heavy development of highways. Theoretically, this would make travel easy in the massive city, but not in practice.

As the highways cut through cities and above residential areas, the noise and pollution grew unbearable, with the roars of cars being audible from inside people’s homes.

One of the most displeasing facts about Detroit is its massive amount of gang violence. It’s bad enough that the FBI has a ‘Detroit Gang Violence’ task force, and they stay busy as they work with the Detroit Metropolitan Police.

Detroit’s gang violence rose in the 90s, with shootings growing more commonplace as the city’s economic power continued to fall.

Gang violence has gotten so bad in Detroit that lawyers specializing specifically in defense against gang violence charges are commonplace!

Detroit’s crime rate is notable even outside of its gangland associations. In 2018, Detroit was ranked third in the United States for ‘highest murder rate,’ and forty-second worldwide!

Between 1985 and 2014, the rate of aggravated assaults increased, and 2,057 citizens out of every 100,000 were victims of violent crime- the second highest in the United States and ten times higher than the counties outside Detroit!

Despite this, Detroit’s crime rate has fallen drastically from its peak in the 1980s. If you’ve seen Robocop, it took place in Detroit for a reason.

10. Detroit Does No Maintenance

For a city that relied so heavily on the automotive industry and invested so heavily in its highways, you would expect Detroit to take care of its roads!

Unfortunately, Detroit’s roads have fallen into as much disrepair as its neighborhoods. Potholes litter the streets, making driving an absolute nightmare.

11. Detroit Used To Be Great

One of the most notable reasons why Detroit is so bad is that it used to be great. For much of the late-1800s and early-1900s, Detroit was one of the most economically powerful cities in the world.

Nowadays, it barely even seems like a shadow of its old self, making its failings all the more noticeable.

To learn more, you can also read our posts on why Alabama is so bad, why Philadelphia is so dirty, and why San Francisco is so dirty.

All in all, you can see why Detroit is such a scary place- but many people live there for a reason! Detroit is built in a beautiful location, filled with many scenic lakes and rivers.

The city of Detroit may have plenty of problems, but many citizens love living there for one reason or another. The local food is notoriously good, and the auto industry is booming- meaning after a successful day at work, you can use your paycheck to buy some famously good Mediterranean food!

Why Are Posters So Expensive? (11 Reasons Why)

Why Do Nurses Think They Are So Great? (7 Reasons Why)