Why Do People Hate Los Angeles? (11 Reasons Why) 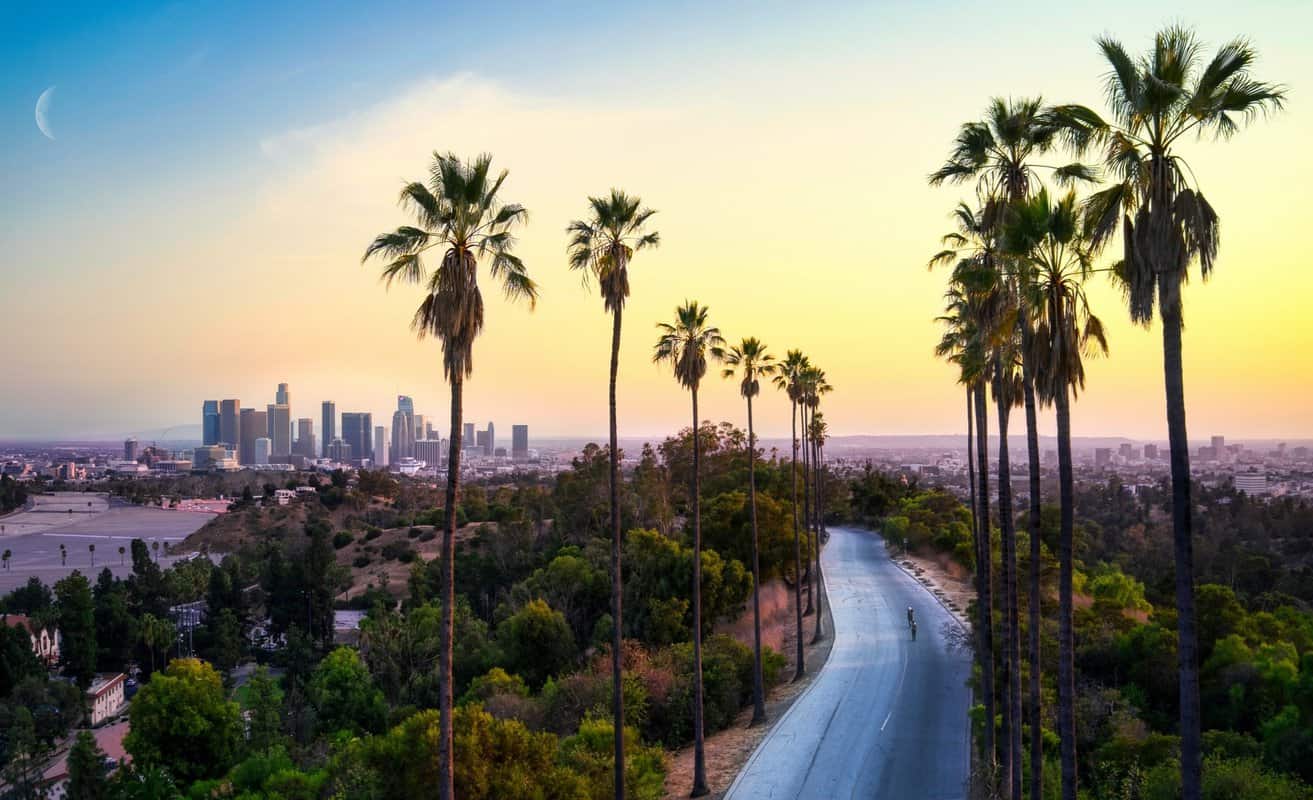 Los Angeles has long been known as a destination for a good life with beautiful weather and beautiful people. Unfortunately, LA is no longer seen as the go-to place anymore.

As many people flocked to the city to live out their dreams it has overpopulated the area and caused many issues such as smog. Below are 11 reasons why LA should not be on your bucket list.

Why Do People Hate Los Angeles?

One of the number one complaints about LA is the traffic. You don’t measure trips in miles, but in the hours it takes to reach your destination.

One resident stated that it took her 45 minutes to travel 8 miles from her office to her home. Most cities have a rush hour but LA’s rush hour is all day long.

There are plans being discussed to ease congestion. One is adding more tolls to roads to deter a small portion of drivers from making a trip at that time of day.

To add to the frustration of traffic is the quality of the roads. The constant traffic makes it hard for city crews to keep up with the tremendous amount of potholes.

If repairs are being made on the roads then the interruption and delays in the normal traffic patterns cause even more frustration for drivers.

Another complaint is the focus on vanity. Between the plastic surgery and the diets, it seemed like everyone around them was constantly chasing youth.

This seems to extend to the dating pool as well where an answer to a simple, ordinary question can lead to someone turning and walking away from you.

Some people claim that LA is full of some of the rudest people they have been around.

Public transportation is available but not in all of the areas where people would most need it which makes the city hard to get around.

You would have to normally drive anywhere you needed to be. A simple trip to the grocery store could take hours based on the traffic.

There are plans, like increasing rail lines, in the works of creating more mass transit options in order to cut down on the amount of congestion on the roads.

On-the-street parking can be a nightmare and is only done by permit. If there happens to be a meter it won’t take a credit card, so keep some change handy.

“Skid Rowe” and the “Fashion District” are the highest homeless areas.
In some areas where the sidewalks are wide, there are numerous homeless living in tents.

To most people in the area, LA, once a destination city, is considered the center of the problems of CA, the melting pot of hardship.

The vagrant population and the struggling financial leave the residents not feeling unsafe, although crime is said to have come down over the last few years.

There has been controversy, however surrounding the issue of the police marking crimes as small acts of aggression to make the city look better. 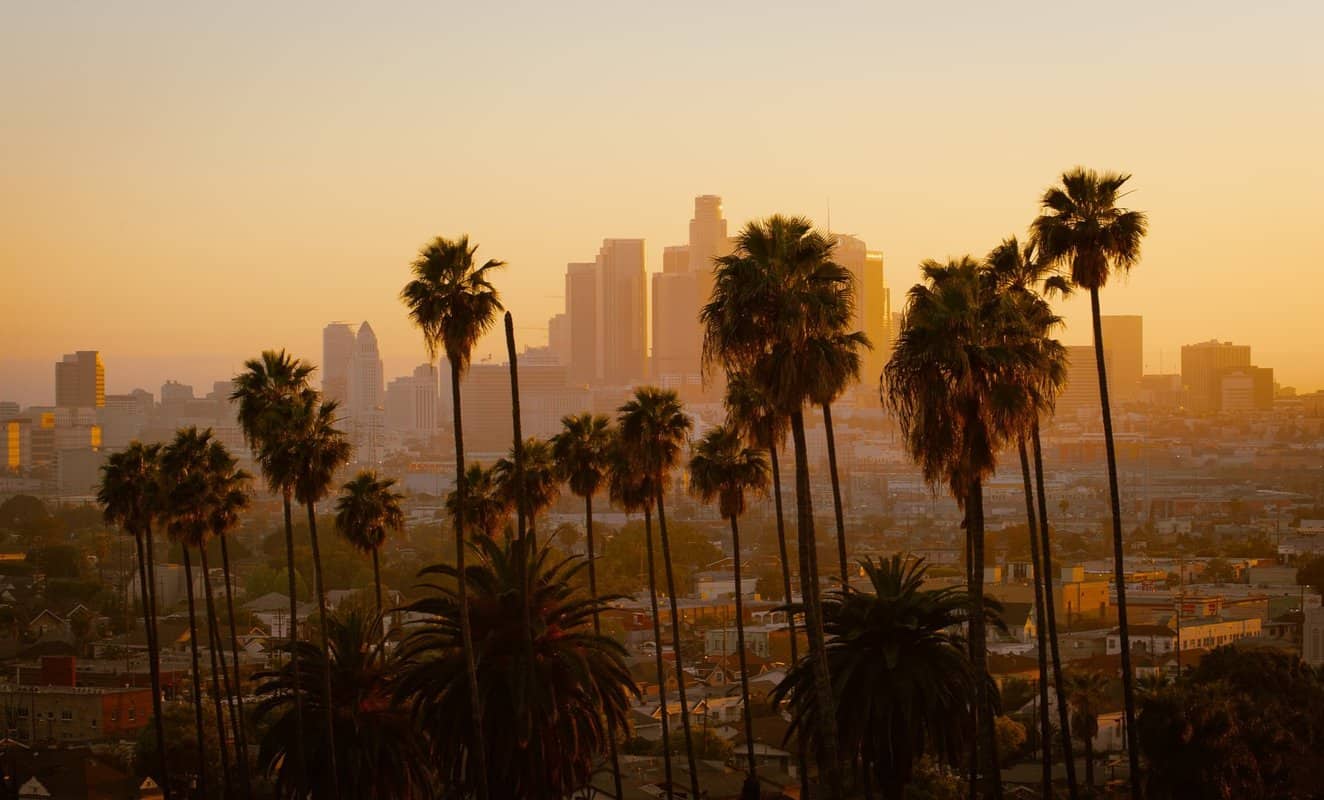 Many of the residents in LA struggle to survive financially. For the residents there the average income is around 70k a year but the cost of living is extremely high.

A 900-square-foot apartment averages $2500.00 a month. Without a rent-controlled lease, that could increase by $100 per month, per lease renewal.

LA is considered the 9th most expensive place for homeownership as well. A modest home, usually two bedrooms with a small yard could cost around 800k.

Depending on your preference, a possible con is that LA does not have seasons. It is always sunny and rarely rains at all.

That’s definitely great if you are a sun lover however if you appreciate all the seasons this is not a place you will see them.

There is no change of the leaves in the fall, no crisp nights by a campfire. No sweater or hoodie weather.

There are no snow days with sledding and hot chocolate to warm up or to sit outside and listen to the pristine silence that snow brings.

There is no renewal of nature when the bare, grayness of winter goes forth into spring where the newness of another year can brighten your day.

Walking down the streets in LA you’ll see loose litter scattered all over, bulky items at the curbs, and weeds poking through cracks in the sidewalks.

The air pollution, once so bad that children couldn’t breathe after playing outside, is still extremely high. Smog can be seen blanketing the city on a constant basis.

According to NBC in Los Angeles, “Los Angeles has the most polluted air out of more than 2,400 U.S. cities” despite the Clear Air Act being in place.

Due to a large foreign population and the language barriers, it is hard to create a feeling of community.

The main languages spoken in LA are English, Spanish, and a variety of Asian languages along with Russian.

With a population of 3.8 million people that means the beaches are littered with trash, super crowded, and paid parking is blocks away from the actual beach.

The airport is so busy people fly into neighboring airports and Uber in, which still takes several hours less than flying into LAX, waiting for security, etc.

Again, any small errands such as running to the grocery store or picking the kids up from school take planning and hours of commutes.

Public schools are extremely overcrowded in LA, causing poor performance in schools. A year-round curriculum helps the kids who struggle to catch up.

Average classroom sizes in the US have around 26 students each however, Los Angeles has a range of 30 to 40 and sometimes even 50 students per classroom.

Teachers are severely underpaid and overworked. The average teacher salary is $62,025, which places them in the upper-lower class.

Combine the teacher’s salaries with the overcrowded classrooms and you don’t have a very good setting for learning.

To know more, you can also read our posts on why people hate New Jersey, why do people hate Florida, why Ohio is so boring.

LA is full of sunshine, a rich history, and has the possibility of a sighting of someone famous. However, the high traffic and smog, and vain culture can counteract all of that.

Unless you are willing to work multiple jobs, live with roommates, or have a trust fund, you will struggle financially and not enjoy much of the beauty it does offer.

The lower pay for almost every job there paired with the extremely high cost of living can make this city one of the hardest to live in.