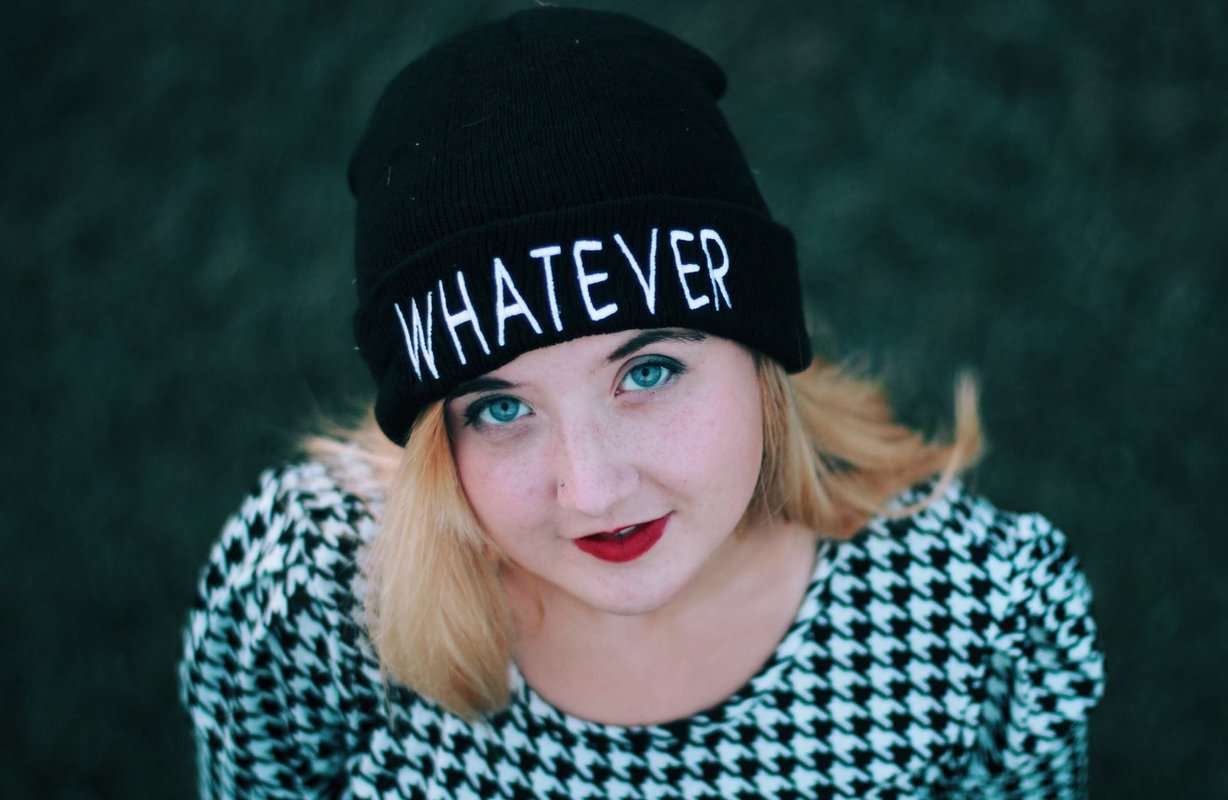 Generationally, whatever has worked its way into most conversations and interactions at this point in the culture. However, this doesn’t mean it’s accepted or tolerated any better.

Saying whatever has quite a few connotations along with it that people don’t want to be involved with. It’s a word that frustrates most people who want meaningful talks and relationships.

Why Is Whatever A Rude Word?

In conversations, you often want to have a strong opinion, and you want that opinion to be valued. Otherwise, it seems as if you don’t care.

When used in a conversation, saying whatever seems like you are indifferent about what the conversation is about making you seem like you don’t care about the topic.

While you may care about the topic but not about the outcome, using a word like whatever doesn’t portray this view.

You can be involved in the conversation and simply make it known that you don’t mind what the outcome ends up being.

You need to seem involved and aware of what the other person desires when having a conversation, even if slightly emotional or frustrated.

However, if you say the word whatever while being involved in a conversation that has high emotions, you seem like you are being dismissive of the other person’s feelings.

This may not be your intent or how you feel, but you would appear as if the other person’s feelings don’t matter or aren’t important enough.

In newer relationships, this could cause the end of what could be something fantastic and you would never know because of one word.

It’s usually best to leave whatever out of your normal vocabulary and replace it with something else more dignified and understood.

Whatever is said is usually said with attitude, which is often a bigger problem than the word itself. Most times, the tone is a bigger issue than the words that are spoken.

While it’s not recommended to say the word whatever in most situations, saying it with a more pleasant tone and with no attitude usually causes a better ending to the situation.

While this usually applies to teenagers or young adults, many older adults end up throwing around their attitude with the word whatever as well.

In most situations, this doesn’t yield positive responses.

4. Can Be Passive Aggressive 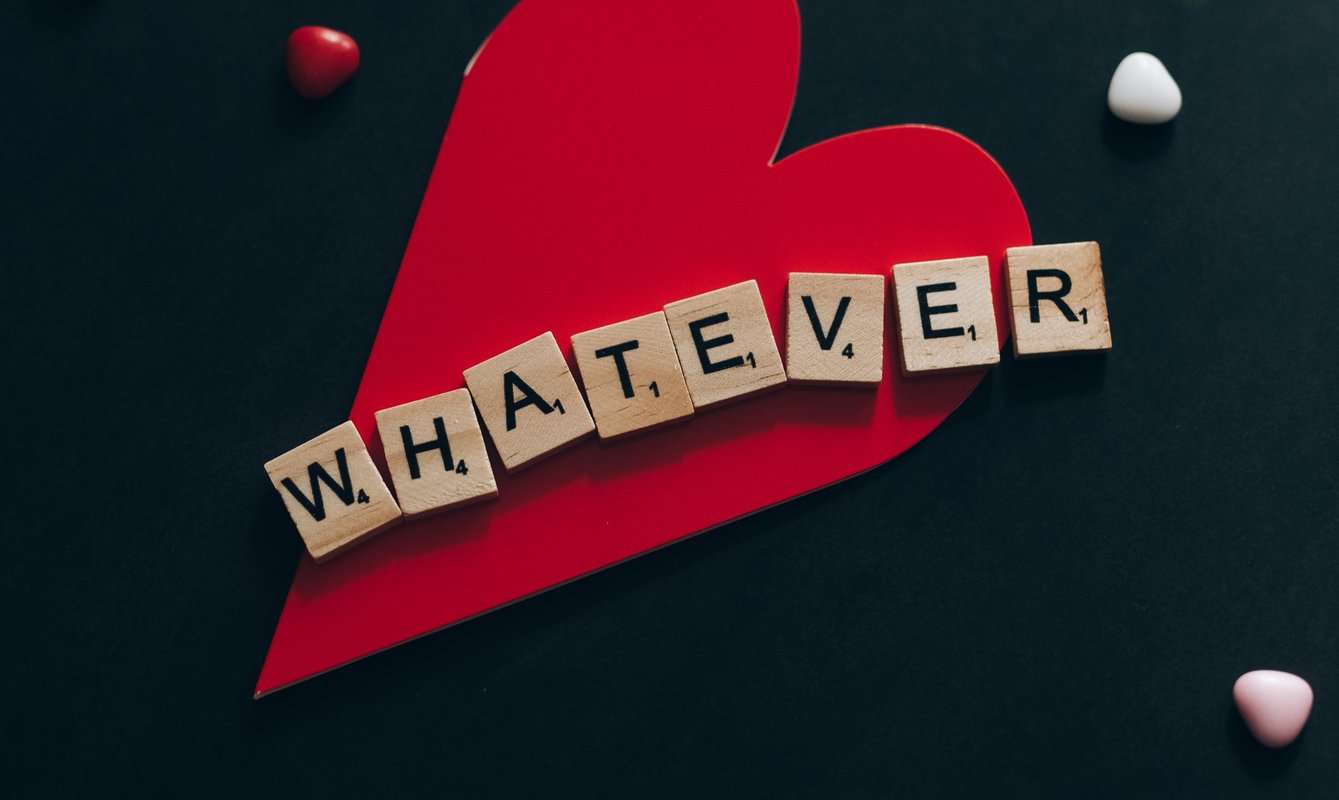 Passive aggressive attitudes are hardly ever considered a positive addition to the conversation. Usually, people want to talk to passive-aggressive people far less than others.

Those who choose passive-aggressive communication styles also usually don’t prefer to talk about things in a constructive or helpful way; most of the time, they make backhanded comments.

When you say whatever, it seems extremely passive-aggressive and ineffective in most situations.

While it may not be your intent, being passive-aggressive can end conversations and, in some cases, relationships.

It’s best to explain your frustration outright rather than being passive-aggressive with the expectation that actions and situations change.

When you pair a word like whatever with an annoying or uncalled-for action or phrase, it only amplifies your lack of care for other people.

For example, if you were to break something of someone else and then say whatever about it when asked if you will replace it, it’s blatant disrespect for others and their property.

You can usually remedy most situations by having calm conversations explaining what happened, but when you say whatever, you choose to make the situation worse.

Whatever is a difficult word to follow, most people don’t know how to continue a conversation once someone has expressed such discontent and displeasure.

While it’s not impossible to keep a conversation going, if you choose your response to be whatever, you may end up getting cut out of the conversation or asked to leave.

It’s frustrating to people trying to engage others in conversation when someone seems disinterested and discontent the entire time.

This can also put a huge kink into a work-related conversation. There have been many instances where clients or partners have ended sales due to a disinterested attitude.

Read More:  Why Are People Jealous Of Me? (11 Reasons Why)

Even if your desire isn’t to seem any particular way, it can heavily influence others’ decisions and desires for your relationship with them.

In any conversation, saying whatever will make you sound extremely disinterested in the conversation, and it can frustrate those trying to talk to you.

If you are speaking to someone you have a strong connection with, you may be able to get by with whatever every now and then, but most people won’t accept that as an answer or response.

It’s best to say things such as:

These phrases essentially mean the same thing as whatever, but they are far more respectful and meaningful.

To learn more, you can also read our posts on why “K” is so rude, why sighing is rude, and why being late is rude.

The word whatever can be used in many situations, but hardly any of them are considered respectful, positive, or desired. It’s a word that’s best to stay away from.

If you choose to use this word, be ready for the conversation to end or be seen as disinterested or disrespectful.

Why Is The Hudson River So Dirty? (9 Reasons Why)