Why Is The Hudson River So Dirty? (9 Reasons Why) 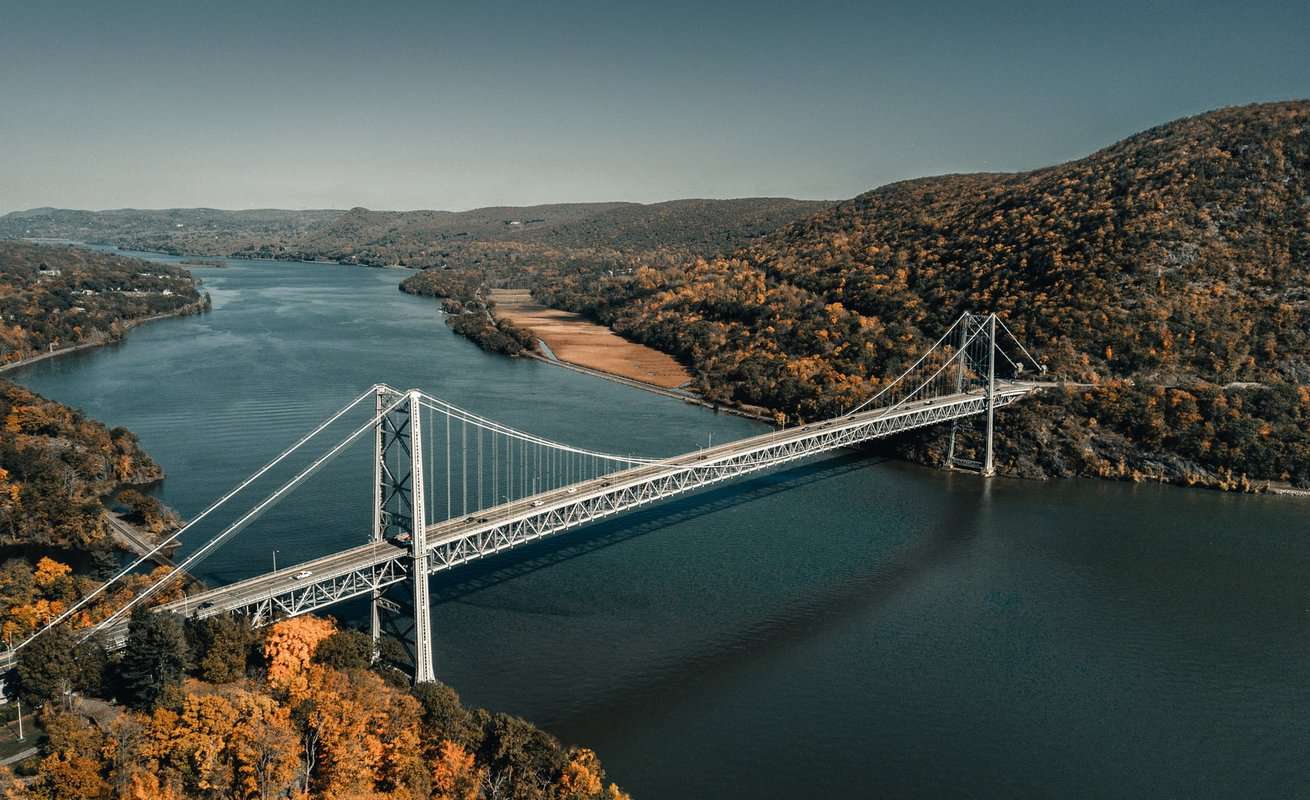 If you’ve ever been near the Hudson, you’ve likely seen its brown murkiness or even smelled the pollution from at least a few yards away.

The Hudson is notorious for how polluted and toxic it is, but how did it get this bad? Why is the Hudson river so dirty? In this post, we’ll highlight the reasons behind the Hudson’s dirtiness.

Why Is The Hudson River So Dirty?

1. It Was A Garbage Dump For Decades

Since the industrial revolution put its mark on New York in the 1800s, people, businesses, and even the government consistently used the Hudson river as the resting place of all its waste.

No one knew a fraction of what we know now about the environment and the vast impact pollution could have on our lives.

Luckily, we hadn’t gotten to the point where we use unreasonable amounts of plastic on a daily basis.

We did, however, dump loads of oil, pulp from paper mills, harmful chemicals from tanneries, butchery waste, and of course, raw sewage straight from people’s homes.

In 2012, a small test showed that the Hudson waters contain 2.5 the amount of bacteria and human feces deemed safe for recreational use. Now you know why it’s brownish!

To this day, every time heavy rains hit New York, millions upon millions of gallons of raw sewage are flushed into the Hudson river in a matter of days. Yes, millions.

Unfortunately, this is an issue that goes all the way back to some poor infrastructure choices made in the 19th century.

Sewage water is typically directed to water treatment plants that remove harmful waste before pumping water back into the river.

When you have a combined sewage system in place, though, this sewage water runs into the same pipes as water coming from rainwater drains.

When heavy rain occurs, the amount of water (sewage and rainwater combined) exceeds the capacity of sewage treatment plants. So unless it’s dumped into the river, it may flood our homes.

All of this obviously meant that the Hudson was getting dramatically polluted, but it didn’t start getting to the unsurvivable levels of toxicity until factories started lining its banks in the 1900s.

By 1940, there were barely any publicly accessible sections along the Hudson river, if any. Factories had taken over the length of the river, utilizing its robust harbor to ship their goods.

4. Factories Used It For Cooling

Not only were these factories using the river within an inch of its life to transport goods; they were also pumping it full of toxins while using its water in their cooling systems.

This included a wild variety of chemicals, including pesticides, lubricants, and oils of all sorts.

In fact, it got so bad that fisheries could tell what colors were being painted on cars by the color of the water or their fishing nets on that day. 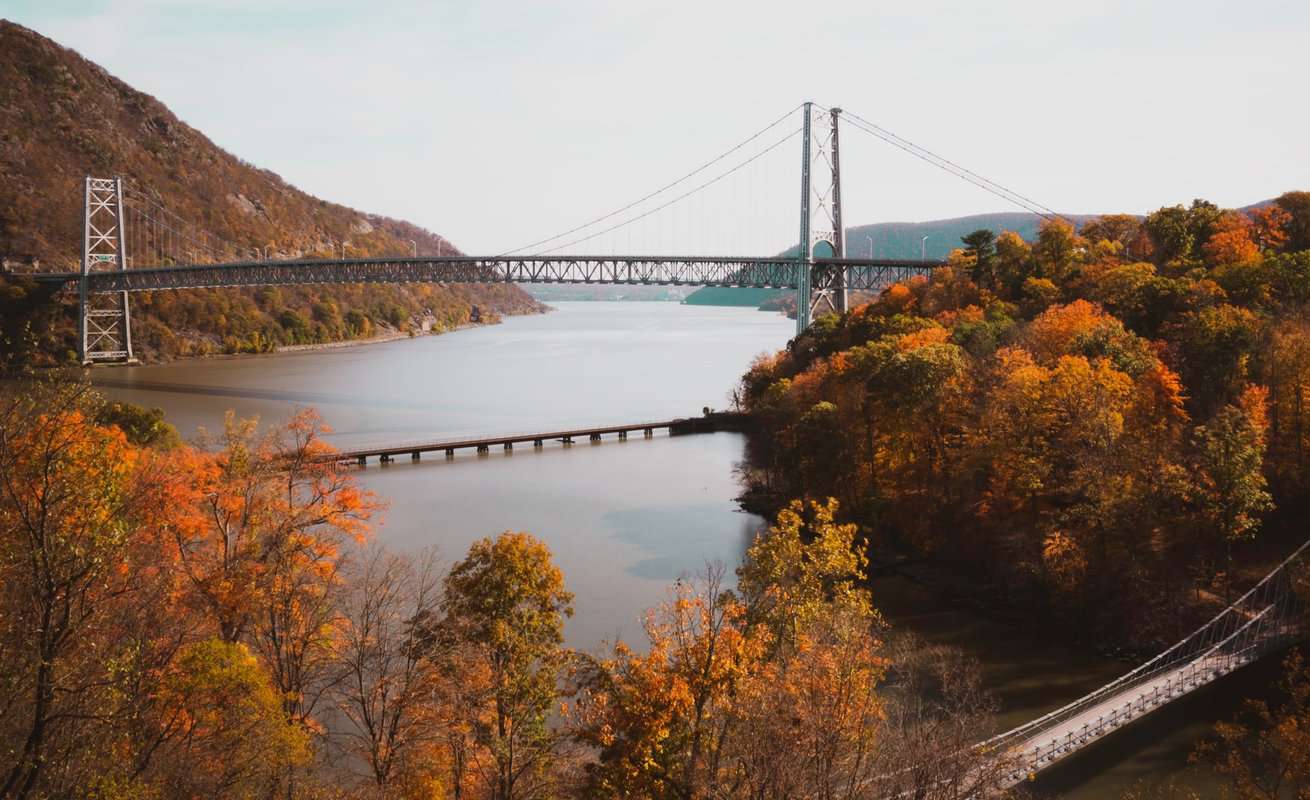 Whatever amounts of toxins were hurled into the Hudson river by all these businesses and factories were dwarfed by the amount of toxic waste dumped into the river by GE.

General Electric had two manufacturing plants on the Hudson. It’s now estimated that these two plants dumped 1.3 million pounds of PCB, a highly toxic and carcinogenic chemical that was banned in 1979.

Naturally, this resulted in incredibly high levels of PCB in marine life, rendering it unsafe for human consumption. Fishing in the Hudson was largely banned in 1976.

6. Radioactive Waste Leaked Into It

One of the most appalling pollutants that desecrated the Hudson river is radioactive waste. This was caused by Indian Point, a nuclear energy plant on the east bank of the Hudson.

Indian Point used water cooling, which meant it sucked enormous amounts of water from the river, used it to cool its reactor then pumped warm water back.

Let’s pretend that we could ignore the thousands of fish that died at the plant’s filters while siphoning billions of gallons of water a day.

Let’s ignore the fact that this used water that was being pumped back into the Hudson contained “permissible” amounts of radioactivity which really doesn’t necessarily mean safe.

There have been nine different incidents where leaks were discovered over 30 years from the Indian Point nuclear power plant, ranging from low to high-level radioactive waste.

Fortunately, the power plant was shut down in 2021, but that doesn’t necessarily mean that there is no more radioactive material seeping through the plant’s aging structure.

We quickly brushed over the fact that butchery waste was discarded in the Hudson in the 1900s, but it’s still a problem to this day.

Whether it’s dead animals, humans, or remains of butchered animals, river cleanups still find carcasses in the Hudson river to this day.

8. Plastic Particles All Over

Of course, this list would be incomplete if it didn’t include one of the worst pollutants on the planet; plastic waste. Microplastics, in particular.

Just like with any body of water on our planet, tons of plastic waste end up in the Hudson every year.

The overwhelming majority of this waste is single-use items such as plastic bottles, wrappers, styrofoam, and cigarette butts.

Despite the major battles won by environmentalists in the fight to save the Hudson, hundreds of minor and major violations of environmental laws are discovered every year.

One of the most notable recent violations was reported in a whistleblower case in 2020 by ex-employees of NY Waterway ferries.

The Hudson river has stood tall against uniquely horrific environmental pollution. There aren’t that many places on the planet that have seen sewage, chemical, and radioactive pollution.

The silver lining for the Hudson is that, for the first time in a century, marine mammals are returning to its waters. Fighting pollution is now more important than ever in the Hudson.

Why Is Social Studies So Boring? (11 Reasons Why)