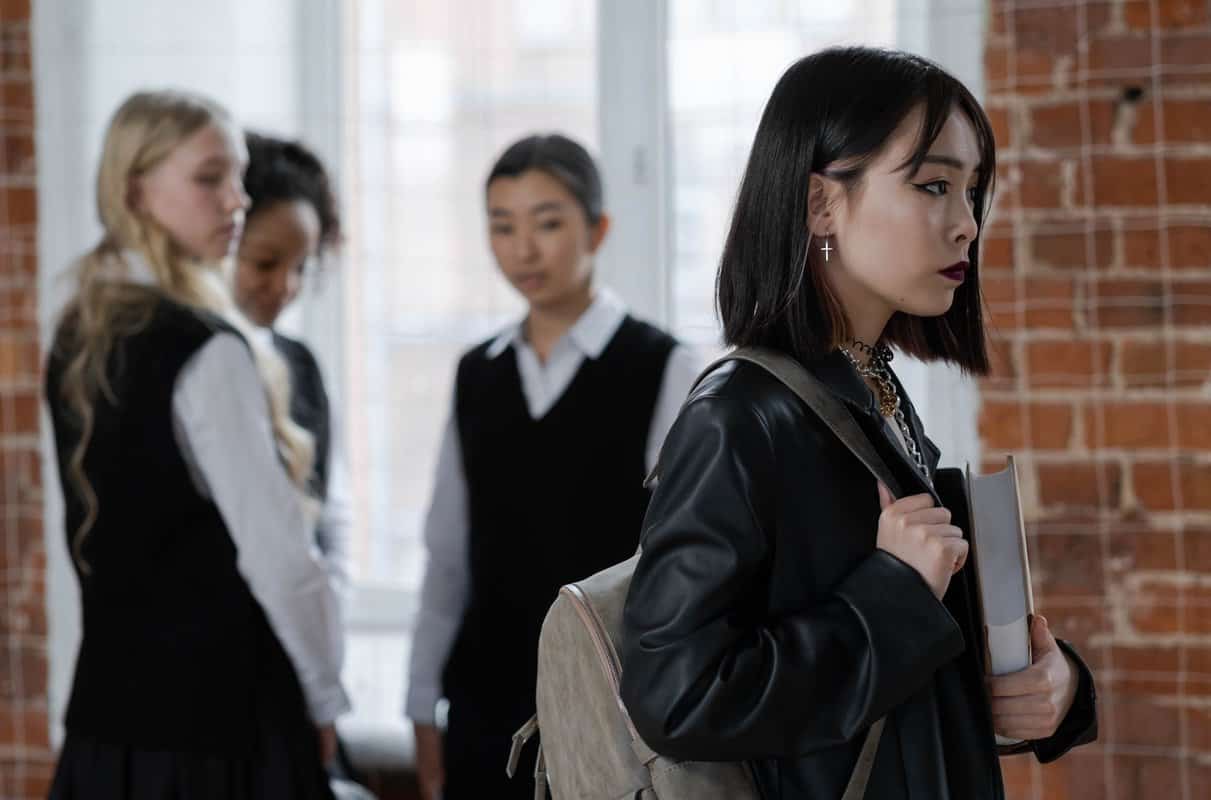 Social queues are everywhere, and if you start paying attention, you will notice them more often. People’s tone of voice, body language, and more can display how they truly feel about the environment that they are in.

Perhaps someone shoots you a sour look while walking down the street, or maybe a friend will not return your calls. It may seem like these people are straying from you, leading you to ask, why do people avoid me?

Why Do People Avoid Me?

One of the most common reasons people avoid others is because those being avoided are negative people. You may not even realize it, but your attitude can affect an entire room. People tend to avoid negativity.

A negative person truly can make another’s day worse simply by being in their presence. Even if you are not saying much, what you do say is likely off-putting. People will avoid you if you are not a happy person.

Negative people are simply not fun to be around. If you tend to bring out the worst in yourself and the people and settings around you – even in jest – chances are that even your friends are not going to want to see you.

2. You Have A Bad Reputation

People may avoid you if you have a bad reputation. Especially with the popularity of social media in today’s society, rarely anything can be kept a secret anymore. Bad reputations are widely-known.

If you are infamous for whatever reason, people will avoid you. Whether this be in a small town, a college campus, or an individual neighborhood, reputations go a long way in affecting a person.

One social slip-up can cause you to have a bad reputation. A bad reputation involves more than being known as the little kid who gets into trouble. Adults can have bad reputations for more serious reasons.

Similar to the two reasons listed above, someone is going to avoid you if you are mean to them. This can go deeper than being a negative person. Singling out an individual and being mean to them is dangerous.

Just as schoolchildren avoid their bullies on the playground, other people are not going to want to be around you if you are constantly mean to them. Even if you do it as a joke, many others will not.

Read More:  Why Are People Jealous Of Me? (11 Reasons Why)

A major fact of the matter is that not everyone is a good person. If you are a bad person, take responsibility for your actions and quit questioning why people avoid you. You probably already know the answer.

4. They Find You Intimidating

Of course, reasons behind why people avoid you are not always rooted in a fault of your own. For instance, someone might avoid you if they are intimidated by you. Intimidation can scare others away.

Intimidation does not have to involve you being mean. Someone might be nervous around you because you are popular, you are successful, they think you are attractive, and many other motivators.

It can be a bit confusing to realize that someone is avoiding you because they are nervous to converse with you. If you suspect this might be the reason, consider reaching out to them if you desire.

5. They Did Something Wrong

While some people avoid a person because that person has a bad reputation, people may avoid you if they themselves have done something wrong. Shame can cause someone’s personality to flip a switch.

If someone did something wrong to you, they are likely definitely going to try avoiding you for a while. Even if their shame stems from a personal issue, they may still wish to avoid people they know.

In this instance, it is important to try to understand why a person you know might be feeling ashamed. It may not be so much that they are avoiding you, but rather, that they do not want to be seen by anyone.

6. You Talk Too Much 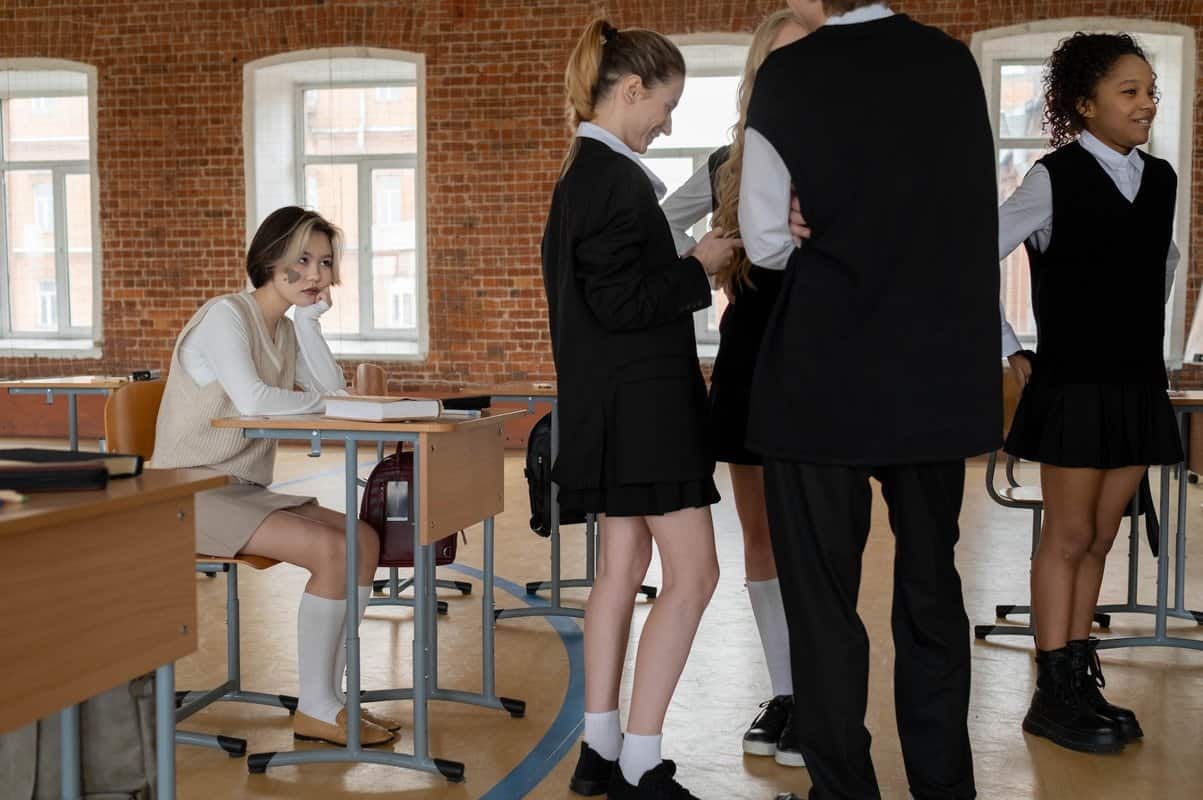 Simply put, people might avoid you because you talk too much. Of course, this may not be your intention, but it can be aggravating to others. Not everyone is willing to have a 20-minute conversation at all times.

It is a bit harsh, but people who talk too much may not always be fun to be around. If you talk too much and do not realize it, it can be upsetting to learn that that is the reason people avoid you.

Some people may view you as selfish or unsympathetic for only talking about yourself – though, not all long-talkers are selfish. If you talk too much and are narcissistic, people will definitely avoid you.

There is a big difference between self-confidence and self-centeredness. People may avoid you if you are cocky. Someone who is overly confident is often seen as obnoxious. Narcissism plays a role here as well.

It is good to love yourself, but to put yourself first in every situation gets you a first-class ticket to getting on peoples’ nerves. People are not going to want to hang out with you if you only care about yourself.

Obnoxiously egotistical people may not even care if others avoid them. They enjoy as much attention as they can get. If you truly do want to lower your ego, consider listening to others before talking about yourself.

People may avoid you if they are jealous of you. It seems silly, but it happens. If someone envies your lifestyle, your material goods, your car, your partner, or you in general, they may avoid you out of spite.

If a person sees someone else enjoying their life how they wish they could, it can make them jealous that they do not have the opportunity to live as such. If you are successful, people may stop communicating with you.

Of course, this is typically not any fault of your own. Unless you brag about the way you live, you cannot help it if others are angry about your success. What you can do is keep living the same way.

9. They Think You Want Something

People will avoid you if they think you want something from them. If you notice that a close friend or family member will not answer your calls or texts, it might be because they do not want to give you something.

If you have asked for extreme favors in the past, someone close to you might be tired of helping you out but afraid to tell you “No” to your face. They may avoid you as a way to not have to deal with doing so.

In an instance such as this, it is important to take a step back and consider whether you do ask those close to you for too much. It can make people uncomfortable if you always ask them for stuff, be it money, advice, etc.

10. You Have Poor Hygiene

To be honest, if you smell bad or appear greasy, your friends are probably going to call you out. However, some people may not always tell you, even those close to you. Again, it is an uncomfortable conversation.

Poor hygiene is not going to land you any success in having positive interactions with people. If you do not take care of yourself regularly, it will start to show. No one wants to be around someone with poor hygiene.

If you are able, start taking care of your personal hygiene. You could be the nicest person ever, but if you have poor hygiene, people are not going to want to stick around.

Another rather obvious reason people avoid you is that the two of you are not close. Sure, you may have mutual friends, might have met each other one night, or work together, but that does not guarantee friendship.

If you feel that someone you know fairly well is avoiding you, it might just be because they feel that you two are not close enough friends to speak regularly. Although, they may also not want to be friends for other reasons.

If you are a friendly person, it can be upsetting if someone you know just vaguely does not even smile at you in passing. Understand that they may not be as sociable as you.

To learn more, you can also read our posts on why you get annoyed when someone talks too much, why people are jealous of you, and why it is rude to point.

There are several explanations for why people avoid you. If you notice that it is becoming a recurring event, consider taking a step back and thinking about reasons why someone may avoid you.

Oftentimes, you might have to do some personal digging and make changes to make yourself more approachable to people. Other times, it may be a result of something they are dealing with in their own life.

Why Do Fish Swim With Sharks? (7 Reasons Why)