Why Do Fish Swim With Sharks? (7 Reasons Why) 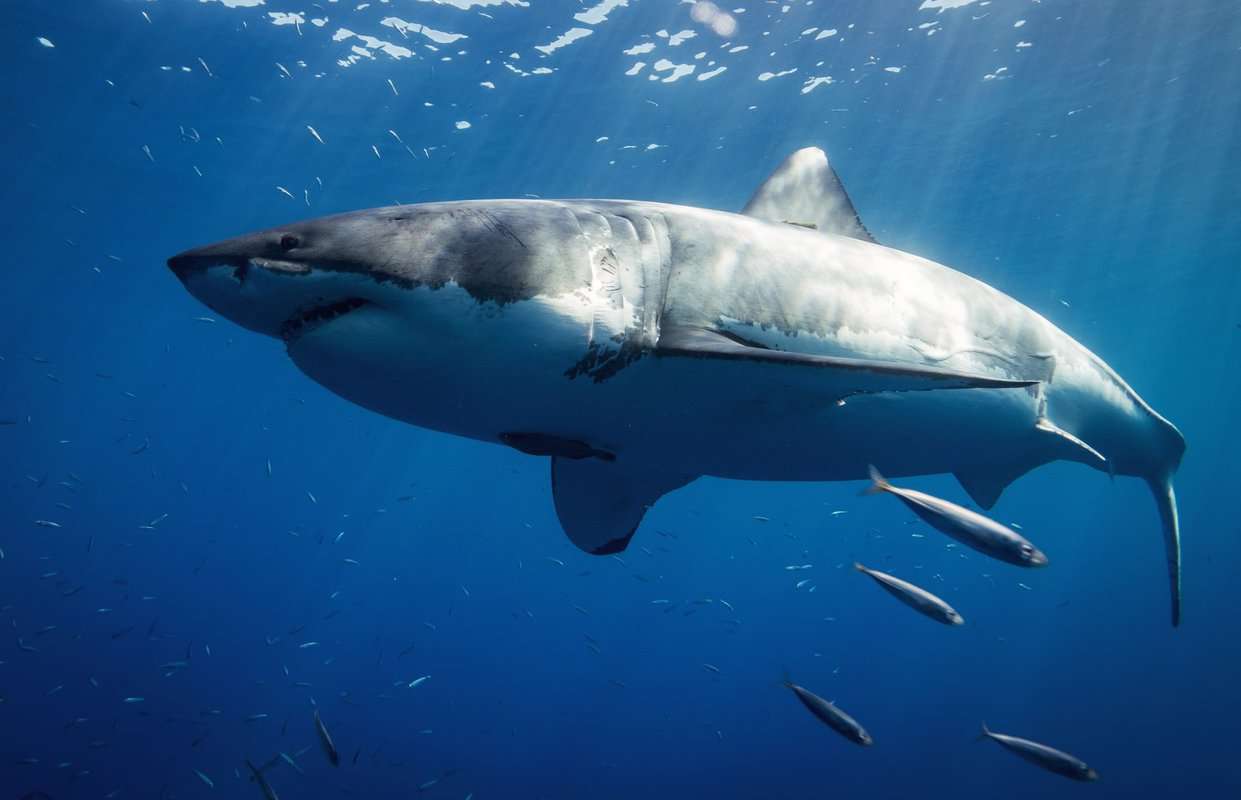 Sharks have a sadly gained bad reputation for being highly aggressive, territorial predators and yet it is not uncommon to see these murderous munchers surrounded by smaller fish.

Based on your knowledge of a shark’s behavior you may be wondering why smaller fish are not afraid to swim with them. The article below explains the reasons fish swim with sharks.

Why Do Fish Swim With Sharks?

When away from home and in need of a quick meal people generally stop at their favorite fast food restaurant to gain the nourishment they require because it’s fast and convenient.

Fish are no different than people in that respect. To certain types of fish, a Shark is comparable to the drive-thru at a fast food restaurant like McDonald’s or Burger King.

The fish you see surrounding sharks as they swim are natural scavengers. They catch bits and pieces of food that the shark leaves behind. Why hunt for food when a shark is leaving a trail?

These fish are essentially recycling the shark’s wasted food so everyone has a meal and the water gets cleaned up at the same time.

2. The Ramora And The Pilot Fish – The Brita Filters Of The Sea

We all know that using a Brita filter or something equivalent to eliminate harmful toxins in our water is better for our health.

Sharks understand the importance of a clean environment too, which is why they coexist so peacefully with the Ramora and the Pilot fish.

The Ramora and the Pilot fish both serve essential roles in keeping sharks healthy and clean by eating foot scraps, algae, and other organisms that may irritate the shark.

It is extremely important that the water surrounding a shark is clean and free of parasites and harmful debris. These small fish are crucial to keeping the shark’s environment clean.

3. Trying Not To Be Somebody’s Lunch

The ocean is a large place to be, especially if you are just a small fish trying to make survive and catch a quick meal, there are a lot of dangers for these fish to watch out for.

Besides being an awesome source of food the second largest reason these fish swim with sharks is for the protection they gain from their natural predators.

These smaller fish know that a shark is too large and not agile enough to catch them so they use that advantage to shield themselves from potential attacks from predators.

Even though these predators may be dangerous to the smaller fish they know better than to try and take on a shark who will likely shred them to pieces.

4. Dental Hygiene Matters For Sharks Too 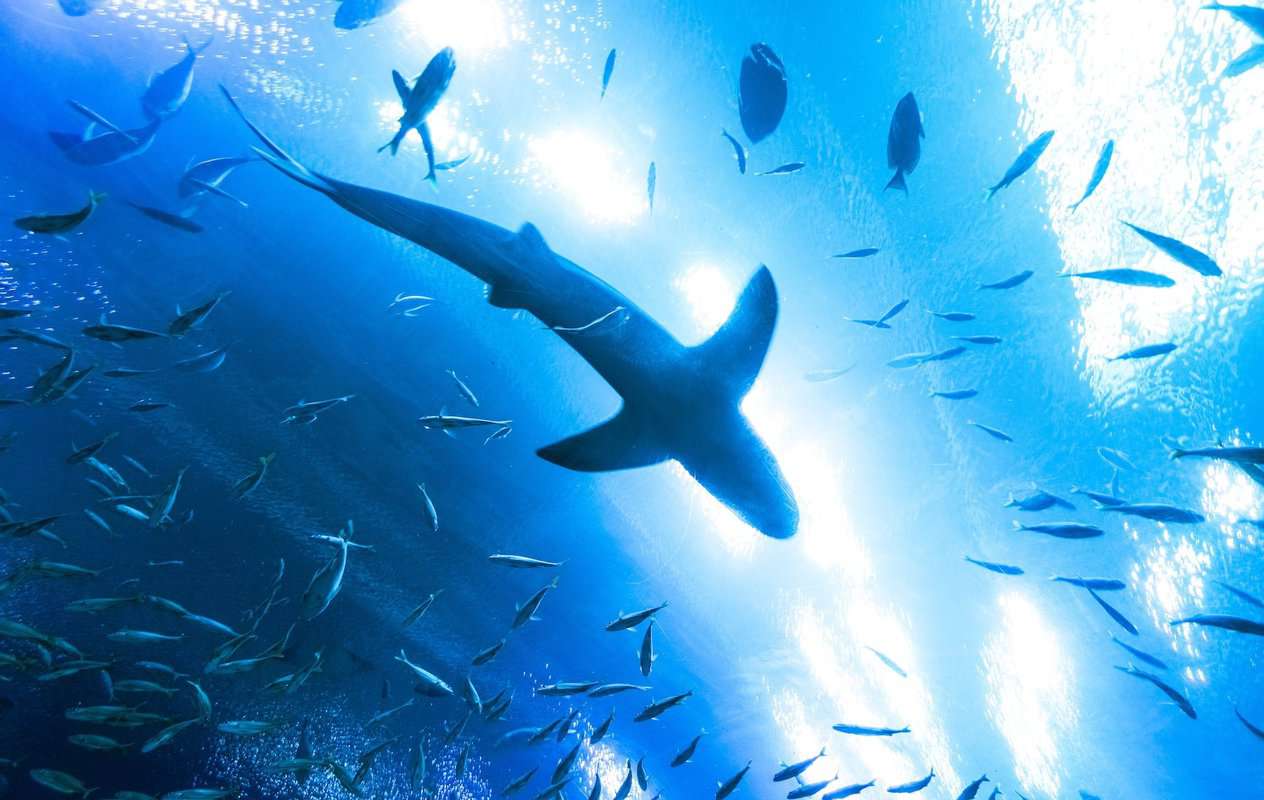 We all know the importance of brushing our teeth every day, but sharks don’t have that advantage. Sharks have a lot of sharp teeth that can capture scraps of food and debris.

This is where the Pilot fish comes in handy; they are small enough to swim into the shark’s mouth and clean the leftover food from in between the teeth.

This helps to keep the shark’s dental health in check and prevents abscesses or infections which can be very uncomfortable to the shark.

A shark naturally has parasites that grow on the surface of its skin; when left unmanaged these parasites can take over and cause illness or even death to the shark.

Read More:  Why Do Wasps Follow You? (9 Must-Know Reasons)

The Ramora and the Pilot fish are both great for aiding in the removal of these parasites. The Ramora is the most adept for the job as they can attach to the shark with their suckers.

Once attached they can make their way around the surface of the shark and clean up those pestering parasites to keep the shark from being irritated.

The reason you see fish swimming with sharks is simple; all parties involved are receiving something they need from one another.

Why would a shark try to eat these smaller fish if it has a clear understanding that these fish are essential to its survival? It’s a simple matter of don’t bite the hand that helps you.

It’s a mutual understanding that resonates with the old saying, “If you scratch my back, I’ll scratch yours”. They are both able to live better lives if they get along and do not fight.

Both sharks and smaller fish like the Ramora and the Pilot fish are necessary for one another’s survival and the continuation of the ocean’s ecosystem.

Sharks rely on these tiny swimmers in order to remain healthy as they are hunting for their next meal. When a shark is in a dirty environment they will not thrive as well.

7. Traveling Is Easier When You Have A Companion Shark

Swimming can is a lot of work; it burns a lot of calories and uses a lot of energy. Especially in deep waters or high currents. For this reason, smaller fish like to hitch a ride to save energy.

Thanks to its large sucker the Ramora fish can be considered one of the laziest fish in the sea. They can simply attach themselves to the shark and travel with minimal physical exertion.

Not only can they get a free ride to anywhere in the sea but they are getting a free meal at the same time. It’s a win-win situation for these small sucker fish.

Pilot fish also receive travel benefits even though they are not physically attached to the shark’s skin as the Ramora fish is.

The pilot fish can swim alongside the shark and still get where they need to go by receiving protection from other predators.

To learn more, you can also read our posts on why axolotls are illegal in California, why alligators roll, and why a deer would be by itself.

Peaceful Cohabitation Keeps The Circle Of Life In Tact

Sharks and the smaller fish that feed off of them are a perfect example of how life can be much happier and healthier if everyone cohabitates peacefully.

Without the mutual understanding between the shark and its companion fish, both species would be forced to live a much more difficult life and face possible extinction.

Why Are Huskies So Cute? (11 Reasons Why)