Why Do Wasps Exist? (9 Reasons Why) 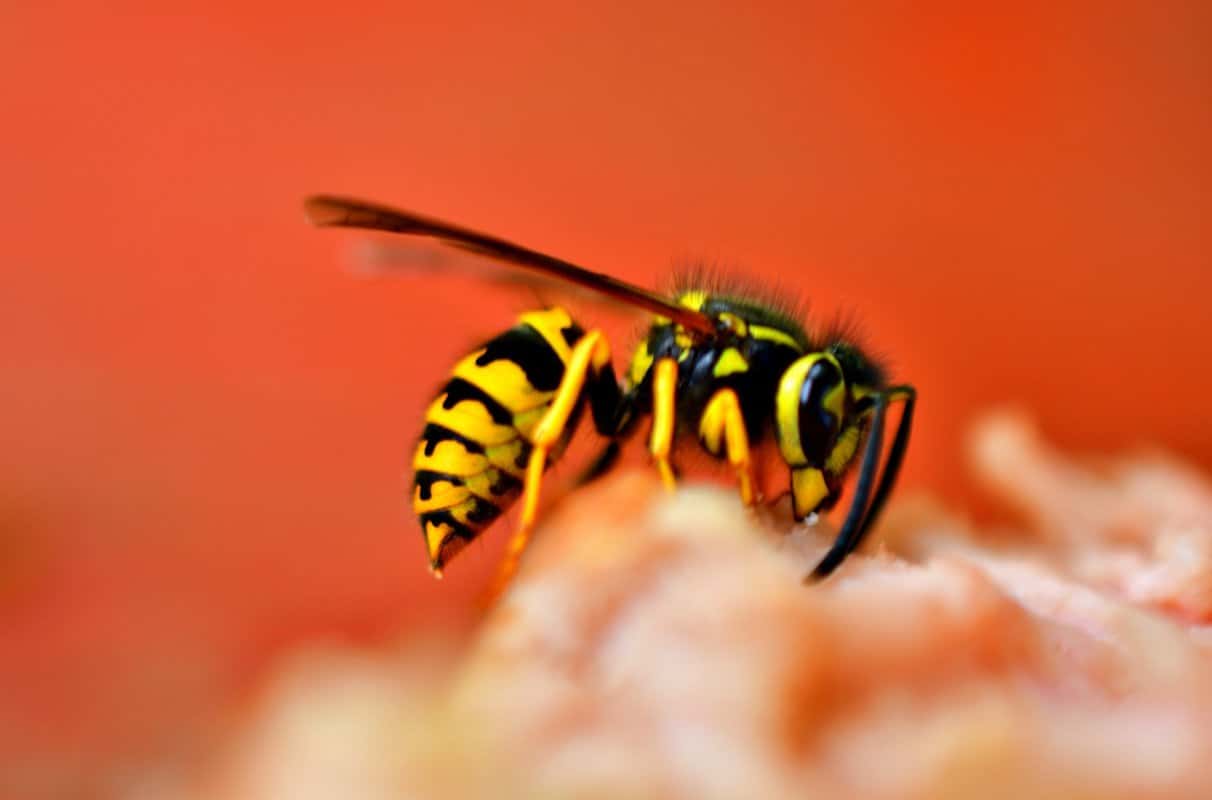 Wasps are among the major turn-offs of any outdoor barbeque or gathering. They have a bad reputation for being useless stinging creatures. It’s true that some species of wasps sting, but there’s more to wasps than just their nasty stings. So, why do wasps exist?

Wasps are incredibly useful creatures that offer many ecological services that range from cleaning to pest control. Interestingly, they can also be beneficial to humans. This article provides nine different reasons why wasps are super important members of the animal kingdom.

Why Do Wasps Exist?

First and foremost, wasps are essential for pest control. Typically, wasps prey on living insects such as caterpillars, flies, and spiders.

Interestingly, adult wasps don’t hunt to eat; they’d rather hunt to feed their offspring. Baby wasps are meat-eaters that take the prey from the adults.

This means that wasps help keep insect populations under check. Such great ecological service prevents us from being flooded with insects, which makes wasps eco-friendly natural means of pest control.

Without wasps, we’d have to use many more toxic pesticides to control harmful insects.

Pollination is another great service provided by wasps. Adult wasps feed on sugar or the nectar of flowers in exchange for their pollination.

Despite doing a great job, wasps aren’t as good pollinators as bees. However, they can still be backup pollinators in farmlands and cities. This is due to the lack of specific flowers that generally attract bees in such places.

Due to the increased urbanization of natural habitats, wasps will most likely play a more vital role as pollinators.

Read More:  Why Are Moths Attracted To Me? (9 Reasons Why)

Probably, you’d cut wasps some slack when you know that their thirst for sweet nectar is what drives them to swarm around you during outdoor gatherings.

Some species of wasps perform another great ecological service. Basically, they clean up the environment by scavaging dead insects to feed their little ones. This way, wasps prevent the piling up of insect bodies.

The constant search for dead insects puts wasps in close contact with humans. Such contact leads people to generally hate wasps for their ugly stings.

Surprisingly, recent studies have proven that certain species of wasps store yeast within their bodies. In fact, yeast is very mysterious despite being the main ingredient in wine, beer, and bread. No one really knew how yeast lived in the wild until recently.

Today, we can tell that wasps usually eat late-season grapes that have a rich yeast content. During the winter, yeast lives in the guts of hibernating wasps. Later, it gets passed on to the new generation, which transfers the yeast back into the following season’s grapes. 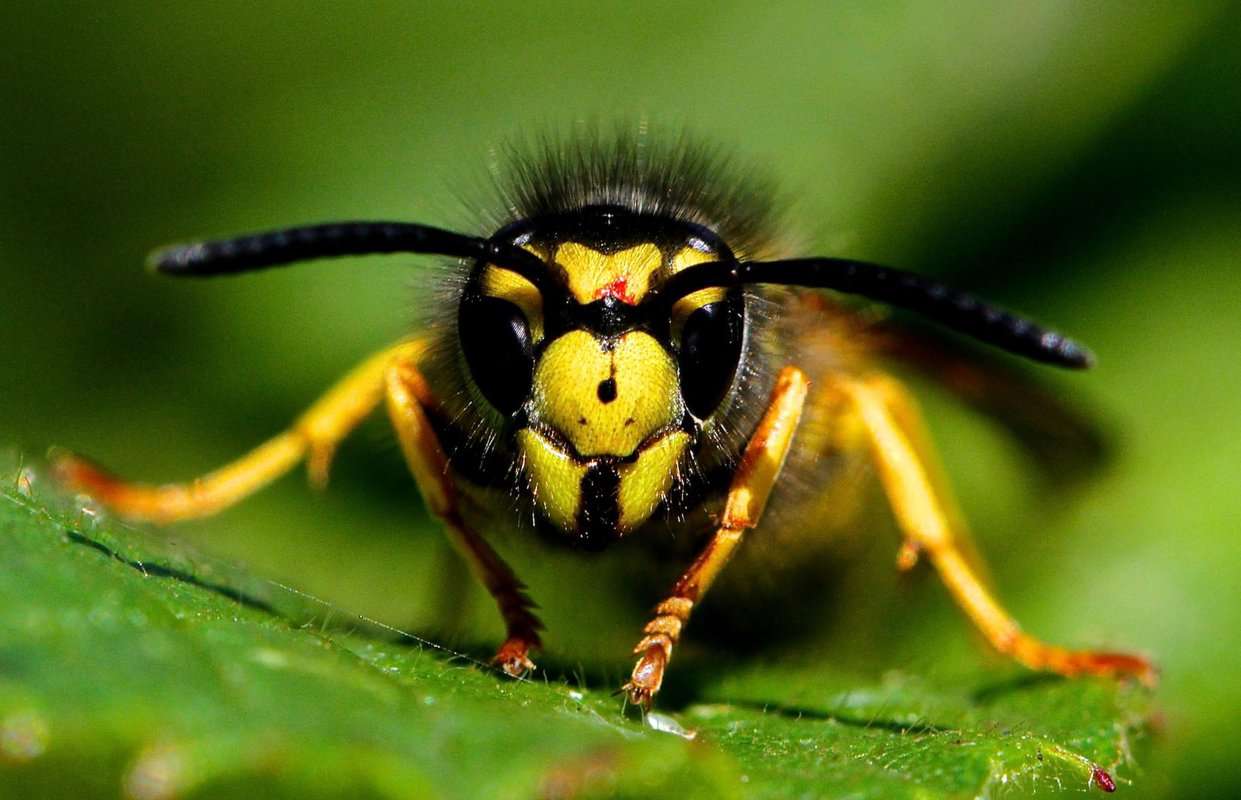 Some wasp species can provide medicinal value. For instance, the venom of solitary wasps can provide antibodies that come in handy when making medicine.

In addition, there are antimicrobial abilities to the wasps’ saliva, venom, and larval secretions. These abilities have been recognized as sources of traditional medicine.

In the past, the antibacterial qualities of wasps’ venom could not be used in human medicine because the venom was mostly toxic to humans. However, scientists have now managed to develop antibiotics using the venom of wasps after neutralizing its toxic effect.

You might be surprised to know that these wasps that people hate so much are eaten in some parts of the world.

For instance, people eat wasps and their larvae in Japan, Venezuela, India, as well as other countries. They’re a rich source of protein. In fact, they taste rather meaty, with a texture similar to shrimp.

Have you ever imagined eating your annoying stinging enemies?

Not only do wasps benefit humans and the environment, but they also have some benefits for other insects. Interestingly, wasps share their nests with different species.

For instance, wasps’ nests provide a home for harmless insect species such as pollinating hoverflies. This way, wasps serve the hoverfly in addition to the environment, which benefits from the pollination process performed by this fly.

Wasps help control the roach population. This task is usually achieved by the parasite wasps. In fact, they have an original way of doing it.

The Jewel Wasp, or Ampulex compressa, controls the population of pest cockroaches by laying its egg on the roach. When the egg hatches, the larvae would kill the roach by eating its insides.

Now, farmers are increasingly relying on such parasite wasps to control pests and provide the market with cleaner crops.

By controlling entire populations of pests, wasps help farmers reduce the use of pesticides, which can kill harmless species such as bees.

Reducing or cutting off the use of pesticides altogether has many benefits. For instance, it reduces the death of domestic animals by contamination and the decline of pollination due to killing honeybees.

Moreover, pesticides can generate microorganisms that reduce the fertility of the soil. This way, wasps contribute to providing the world with cleaner food sources that help promote the health of humans and animals.

So, why do wasps exist? These annoying stinging insects turn out to be incredibly beneficial. Wasps are useful both to humans and to the environment.

For example, wasps benefit the environment by cleaning up piles of dead insects. In addition, they control pests and pollinate flowers in areas where bees don’t live in large numbers.

On the other hand, wasps can benefit humans through the medicinal properties of their venoms, which can be an active ingredient in some antibiotics.

In addition, wasps store yeast cells in their guts and contribute them to the grapes used to make wine. Lastly, wasps are a rich food source with high protein content.

Given their great advantages, think twice before you swat that little wasp that swarms around your backyard.

Why Do Spiders Keep Crawling On Me? (7 Reasons Why)