Why Do Alligators Roll? (5 Reasons Why) 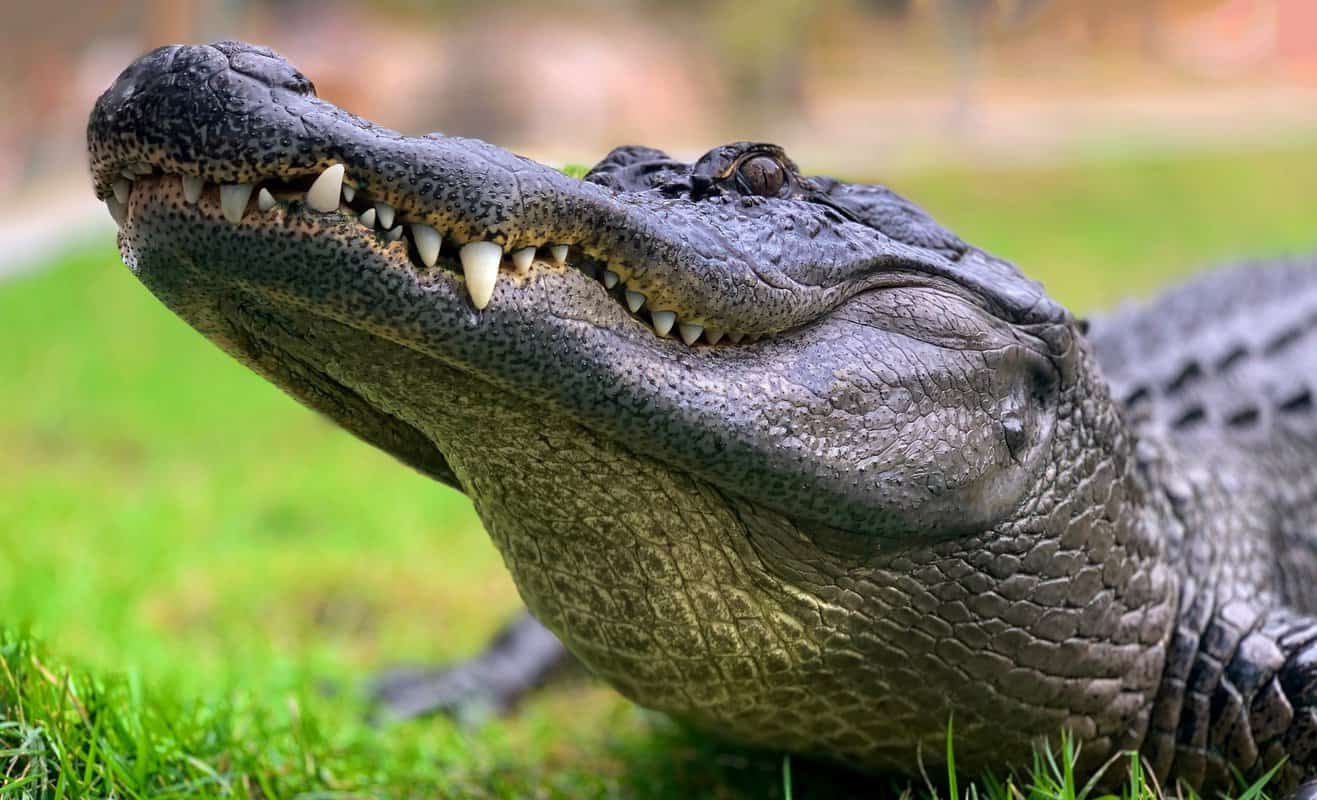 Alligators are ferocious creatures that are fascinating to learn about but best to avoid in the wild. One of the reasons for this is their capacity as predators.

One notorious thing about alligators’ hunting style is their tendency to roll quickly in the water with their prey or another gator. This is a unique habit and it is natural to wonder why they do so.

Why Do Alligators Roll?

1. To Disorient Their Prey

One of the first and most common reasons why alligators roll is to disorient their prey. Alligators are natural born hunters, and this tactic is one among many of their skills to take down prey.

When alligators perform this roll, often known as the “death roll” their prey becomes extremely disoriented. This means they are less likely to fight back or escape from the gator’s grasp.

Although alligators are incredibly strong creatures, the momentum of the death roll gives them an additional edge, especially when they are targeting larger prey such as deer or water buffalo.

2. To Dismember Their Prey

Alligators are hunting machines, but dentally they have a disadvantage. Their powerful sharp teeth are well-suited for striking and biting, but they have no molars.

Because they don’t have molars, this means they lack the ability to chew or break down their food, so they must find another way of accomplishing this to avoid choking and make eating easier.

When alligators do the death roll, they are often able to spin so fast that they create a powerful momentum that dismembers their prey, breaking it down into bite-sized pieces.

Though this may sound very brutal, it is just another example of how alligators have evolved to become powerful killing machines that are a force to be reckoned with throughout the animal kingdom..

3. To Kill Their Prey 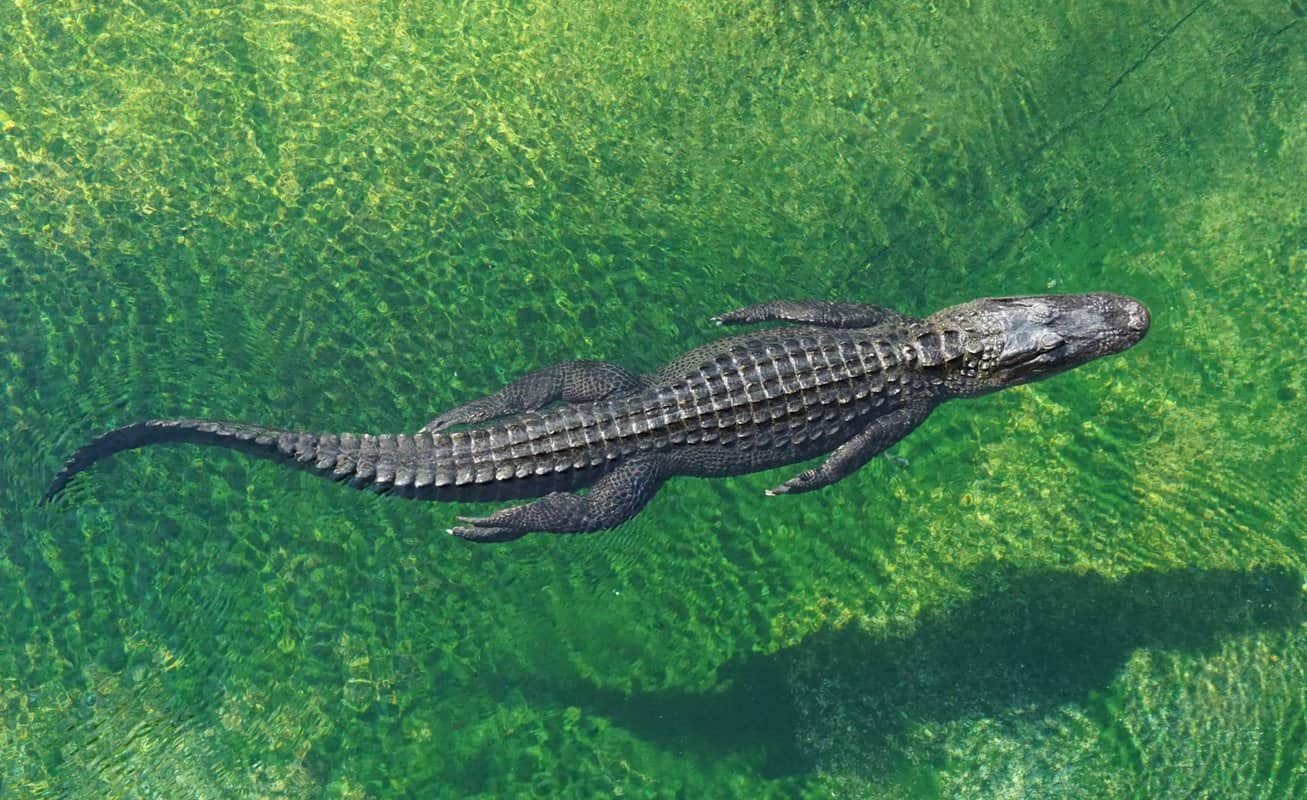 This may seem counterintuitive, but alligators do not kill their prey simply by biting them. They are powerful, but they lack the finesse to specifically bite vulnerable areas of an animal’s body.

While their powerful bite lets them pull the prey into the water, they must then take measures to ensure that their prey is dead.

The extremely fast roll can have very negative impacts on an animal’s body, such as breaking their spine or neck, and can also cause dislocation or death from extreme pressure.

This, combined with the water, means that prey usually drowns or dies fairly quickly, resulting in the alligator having its tasty meal ready to go.

4. To Defend Themselves From Other Alligators

Things are not always so peaceful in the alligator world, and sometimes the creatures can have major fights between one another. When this happens, it can turn deadly fast.

Though alligators are strong and swift, this is mostly only true in the water, as on land they are slower moving. Because of this, most of their fighting happens off the land.

When they are in the water, the death roll can be one of their most powerful tools in warding off other alligators. If another alligator has a grip on them, they can spin to break free.

Alligators are extremely aggressive creatures, and it should come as no surprise that this extends to their own species. Fortunately, the death roll gives them an added layer of protection against attacks from other gators.

In addition to being very aggressive, alligators are also highly territorial. This means they will defend their territory viciously, and this is where the death roll comes in handy.

An alligator’s roll is not only used to escape from attacking alligators, but to attack other gators.

When alligators have a territorial dispute over land or mates, they will often take their fight to the water, where they roll viciously until someone is victorious.

If you are wondering if this is their only combat technique, the answer is no. Alligators also bite each other and use their large teeth and jaw strength to inflict damage.

However, the roll is the most effective strategy for two similarly-sized gators as they can cause extreme disorientation and inflict lasting damage.

To learn more, you can also read our posts on why dolphins are so friendly, why kangaroos are so buff, and why baby ducks are yellow.

Alligators are modern-day dinosaurs, and their hunting and fighting techniques are just as formidable as those of their ancestors. One of these is the roll, where they spin rapidly in the water with their victim.

This roll is deadly and hard to escape, meaning that it is most often used for killing and dealing with prey or fighting with other alligators. Either way, it is just another terrifying facet of an alligator’s power.

Why Are Basketball Players So Tall? (9 Reasons Why)