Why Are Dolphins So Friendly? (9 Reasons Why) 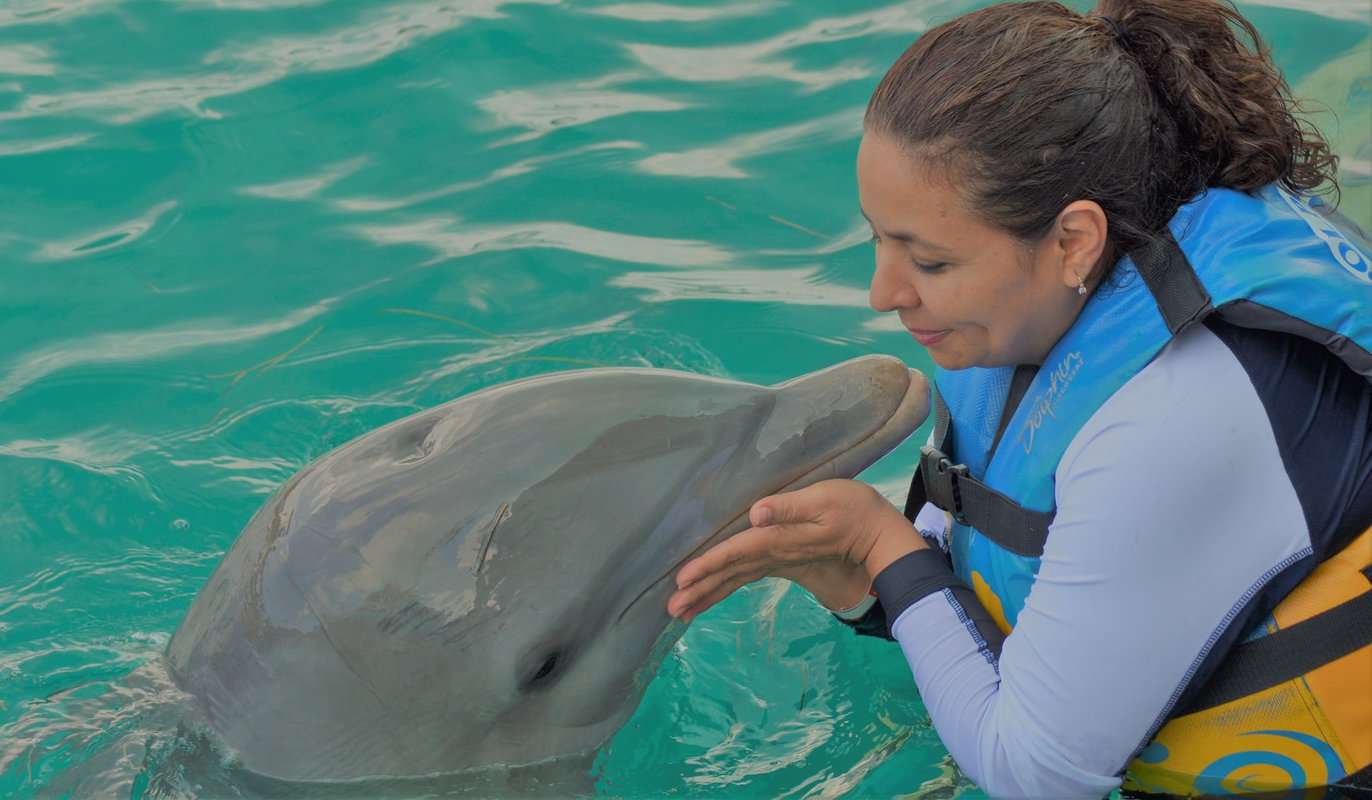 We’ve all heard stories about Man’s best friend in the ocean, the dolphin. They prevent countless drownings and injuries every single day and are generally super nice to humans for no apparent reason.

But why are dolphins so friendly? Is there an ulterior motive behind it? Are they just adorable, saintly creatures? Well, the answer isn’t black and white as there are a lot of factors at play. Let’s find them out!

Why Are Dolphins So Friendly?

It took us a long time to figure it out, but we finally realized how incredibly smart dolphins are and what that says about their choices.

Dolphins have a pretty large brain-to-body ratio, much like us, humans. This means that their cognitive functions are not as primitive as other sea animals.

They display an advanced understanding of social dynamics, behaviors, and even the use of languages other than their own.

Dolphins are as emotionally intelligent as they are cognitively gifted. They can tell when a human is in distress, and when they’re happy, lonely, or angry.

They often derive cues from our body language, as well as from facial expressions, if they’re at close range.

This understanding of human emotions makes them ideal candidates to rescue a person drowning or lost at sea.

We have multiple reports of this happening, where out of nowhere, a pod of dolphins appears to circle a drowning person, swim in unison, and usher the person to shore.

3. Dolphins Have Feelings Of Their Own

People who study dolphins can tell you when one of them is lonely, frightened, cheeky, or enraged. They display emotions in ways similar to humans in their intensity and relation to the situation they’re in.

So, when a dolphin feels lonely, like those solo dolphins who stray from their pods, it will seek out humans to feel less alone or abandoned.

It will draw attention to itself by performing tricks and approaching the people around it, making it look extra-friendly.

4. Curiosity Is One Of Dolphins’ Traits

Dolphins are inquisitive creatures who seek out new experiences all the time. That means they will go out of their way to look at and maybe help a human who’s out of place.

Unfortunately, this curiosity can lead to dolphin injuries and fatalities when they approach a propeller, fishing net, or humans with no regard for marine life. Many dolphins lost their lives to this kind of deliberate or accidental aggression.

The opposite is true, as well. When humans provoke, taunt, or even injure curious dolphins, they can turn quite violent and cause severe injuries that could lead to death, often by breaking ribs and rupturing the spleen.

5. Dolphins Mistake Humans For Other Dolphins 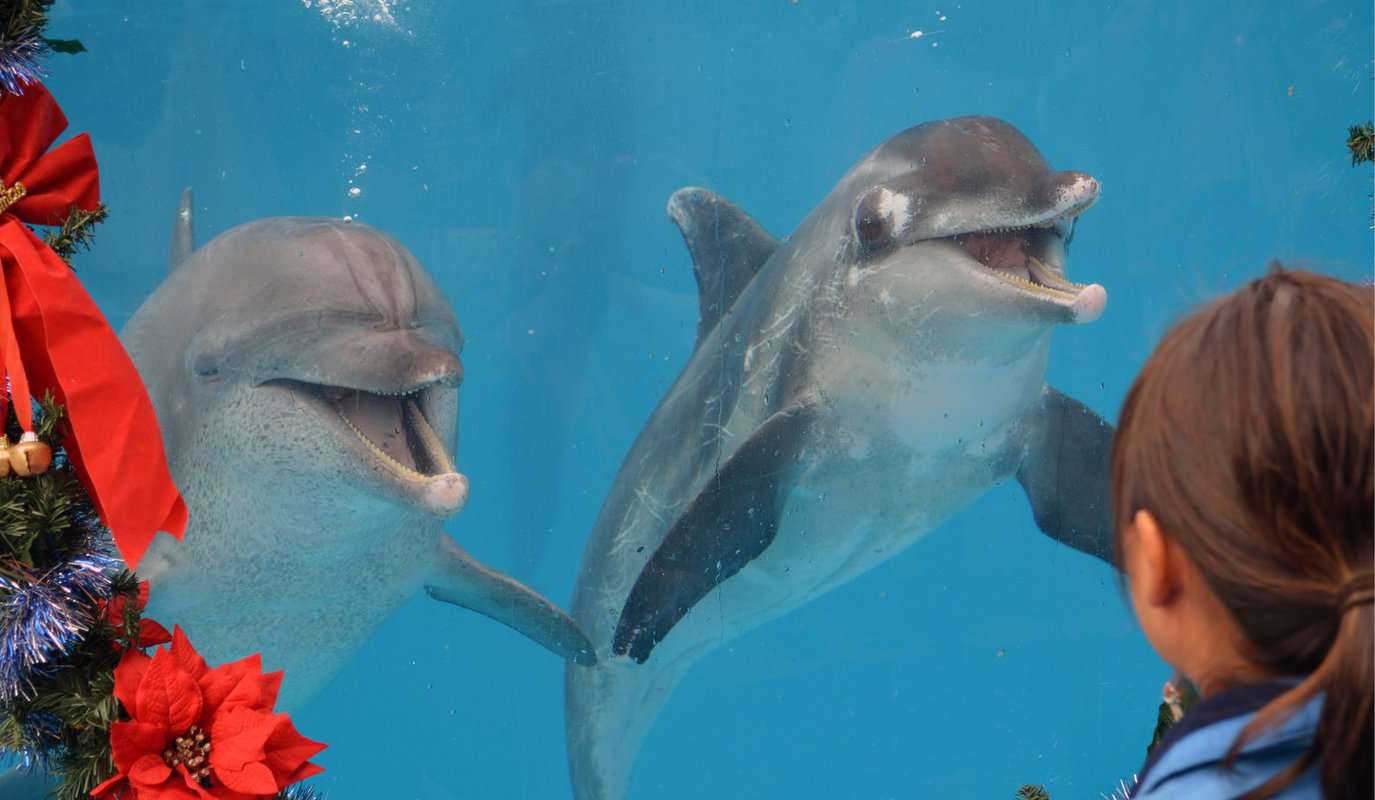 A case of mistaken identity is a common interpretation for why loner dolphins show affinity to humans living in a certain area; they probably think they’re hanging out with wonky-looking dolphins!

Instances where dolphins play with humans, similarly to how they play with other dolphins, have been recorded, so it’s probably one of the reasons why they like us so much!

6. Evolution Of Dolphins Made Them Helpful

This is another theory that can explain why dolphins are so friendly and helpful.

Read More:  Why Would A Bird Fly Into Your Car? (7 Reasons Why)

Dolphins only give birth to one calf at a time and the gestational period is upward of 10 months, depending on the size of the species.

Because of this evolutionary impediment to their survival, they evolved to have strong protective instincts to herd and guard their pods.

They take good care of their females and calves, often guiding them away from sticky situations where they might be in danger.

Add to the equation that they mistake us for fellow dolphins and you get why they’re so sweet and helpful toward humans!

One of the most awkward reasons why dolphins are so nice to humans is that they regard some of them as potential sexual mates.

Adult male dolphins were reported to have been aroused around male and female humans, and even attempted to copulate with some of them!

Unlike humans, though, they engage in inter-species “play” all the time, with the male genitalia being visibly aroused without female dolphins around.

So, unfortunately, some of their extra friendliness can be attributed to sexual attraction, not platonic love for humans.

This is especially common in areas where humans frequently feed wild dolphins. Since they’re so smart and socially oriented, they let each other know about it and flock near the areas where feeding is common.

Read More:  Why Do Peacocks Spread Their Feathers? (5 Reasons Why)

However, this behavior was noticed to go both ways, with dolphins going out of their way to give fish to the humans who feed them as gifts. This gratitude shows you the extreme intelligence they have!

One of the most convincing reasons, though, is how fun, energetic, playful, and entertaining some dolphins naturally are.

They all have different personalities, so the extroverted ones are usually the crazy, fun type we’re talking about.

The result is the reputation dolphins have as the friendly, helpful, entertaining aquatic mammals next door.

Though it’s not always the case and some of them are capable of injuring or killing people, we still look at them as the marine miracle they are.

To learn more, you can also read our posts on why birds poop on cars, why fruit flies follow you, and why ants are attracted to you.

Why are dolphins so friendly?

Well, for starters, they’re incredibly smart creatures that can gauge any situation they’re in and respond properly to it. They also have an affinity for humans, whom they mistake for weird-looking fellow dolphins.

Dolphins also approach humans out of curiosity, hunger, as well as a misdirected sexual attraction. All in all, they go out of their way to be nice, friendly, helpful, or playful toward mere strangers from another species.

Why Are Dogs Gentle With Eggs? (5 Reasons Why)